The 12C and SLR are impressive machines in their own right. But that hasn’t stopped tuners from giving the supercars more edge.

It's taken a while, but the McLaren 12C has slowly found its way to tuning houses across the world, with Europeans particularly fond of the V8 turbo-powered supercar. The Mercedes-Benz SLR McLaren, on the other hand, has been a firm aftermarket favorite even though it's been discontinued since 2010. Both are beautiful, highly capable cars in their own right, but that hasn't stopped the tuning community from stamping their signature on them. Here are five of our favorites.

Power and exclusivity is something that the McLaren SLR722 already has in abundance, but that didn't deter Wheelsandmore from developing a tuning kit to give it that little bit more. By remapping the ECU and fitting a handcrafted exhaust, output was bumped to 727hp and 701lb-ft of torque. KW were drafted in to develop a series of modifications to the suspension, which is now compression- and rebound- adjustable in addition to being fully race approved. Handmade, multi-piece forged 20-inch alloys were added and the interior now features Nappa leather, various carbon-fiber components, stepped Alcantara with contrasting red stitching, and a new steering wheel. 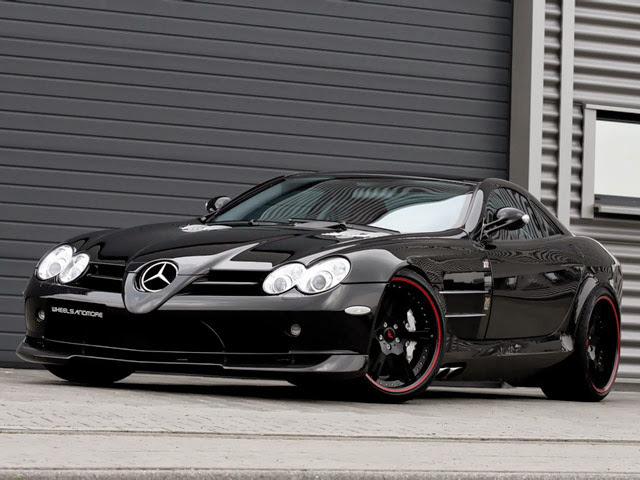 Hamann's agenda for their take on the MP4-12C was to reduce the supercar's concave surfaces, implement essential F1 features, adapt GT3 elements both aesthetically and functionally, and create a relief with exciting light shade contrasts. The result is a complete remake of the supercar, boasting a large front splitter, new front bumper with integrated LED lights, an aggressive hood with integrated air vents, ground-effect door sills and an extended rear diffuser with large rear wing that combine to afford it aerodynamic balance as well as a new racing look. Finally, the Germans fitted a triple exhaust and two different 21-inch wheel sets to the memoR.

Dubbed "Toxique Evil", Wheelsandmore's tuning kit for the 12C is made up of performance and styling enhancements. Steering and handling were improved by lowering the supercar's PCC complex electronic hydraulic suspension system by 25mm. A Trim-Line-Design stripe runs along the length of the 12C and it sits on a new set of 20- and 21-inch forged alloys. Wheelsandmore also took the 3.8-liter twin-turbo V8, optimized its electronics and added a handcrafted exhaust system with remote-able exhaust valves. As a result the supercar's output has increased from 600 hp and 443 lb-ft of torque to 666 hp (hence its name) and 472 lb-ft. 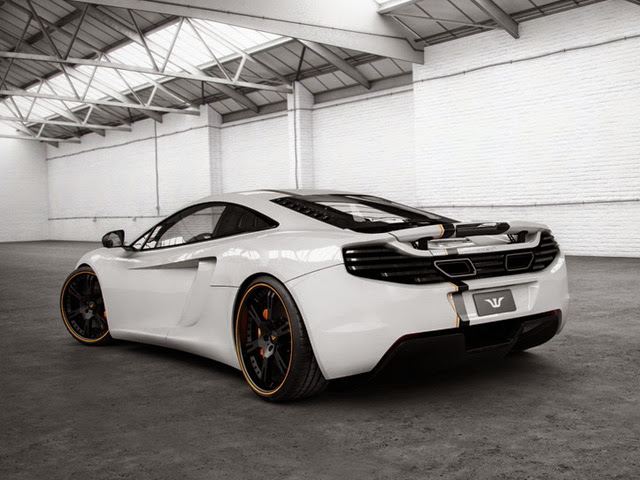 US-based Mercedes specialist RENNtech's McLaren SLR convertible is finished in yellow, a similar paint job to the recently revealed SLS AMG Black Series that wowed the crowds of the 2012 LA Auto Show. By adding upgraded headers, exhaust, brakes and intercooler, output has increased to 750 horsepower and 735 pound-feet of torque for the 5.4-liter V8, up from 617 hp and 580 lb-ft. Visual enhancements include a set of ADV05 Deep Concave wheels by ADV.1 Wheels, staggered at 20 inches up front and 21 inches at the rear. The wheels are finished with a matte black center and gloss black lip and inner. 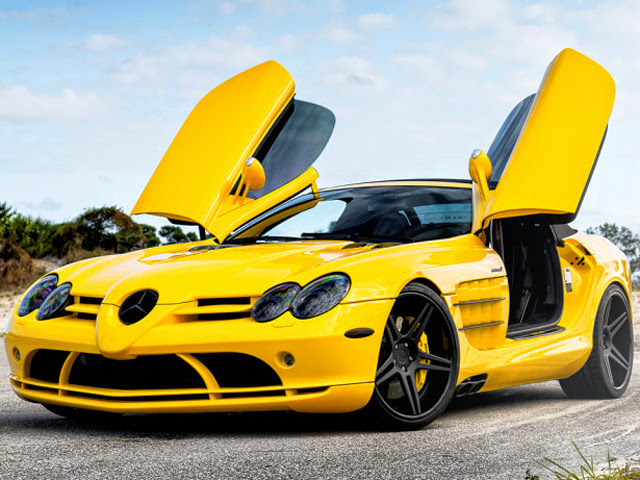 As per FAB-Design's Terso body kit for the MP4-12C coupe, this Spider boasts a redesigned front end with bigger air intakes, side skirts, side vents with a carbon blade and a new rear bumper with integrated diffuser. The Terso package is completed with 20-inch FAB Design Evolution modular alloys finished with black spokes and colored-coded deep lip, while an in-house carbon triple exhaust replaces the stock twin system that helps in part to boost power to 680 hp and 527 lb-ft of torque. That's enough to drop the 0-62 sprint time from 3.1 to 3 seconds, while top speed climbs from 207 to 213 mph. Only 10 Torso 12Cs will be made, each customizable to buyer's specifications.