Toyota Camry Gets Stylish And Sporty Exterior Updates In Japan

The latest generation of the Toyota Camry adopts a much sharper, more aggressive look than the sometimes unassuming (some might say boring) appearance of earlier models. Toyota gives buyers in Japan the ability to customize the sedan even more with the aggressive GR and stylish Modellista sets of modification parts.

The GR bodykit looks very similar to the one available on the Camry TRD in the United States. The closest comparison between them is the front fascia. The GR is a bit more aggressive by integrating even larger openings in the corners versus the TRD. This design also incorporates an additional splitter along the lower edge.

Angular side sills decorate the lower flanks of the car. At the back, a rear lip spoiler is on the tip of the trunk. Revised rear bumper trim spans the area between the exhausts.

The GR parts also include a a set of 19-inch wheels with a complicated spoke pattern in black and a polished rim.

The Modellista parts focus on making the Camry look like a more luxurious vehicle. The front fascia consists of horizontal strips that accentuate the vehicle's width and vertical chrome sections bracket each side. There are also shiny metal strips on the side sills, window surrounds, and on the tail.

The Modellista components include a set of 19-inch wheels with an angular spoke pattern. There's also a 17-inch design with a swirling pattern.

In the US, Toyota just updated the Camry for the 2021 model year. There are small aesthetic tweaks that make the sedan look a little sharper. The company improved the safety tech suite's camera and radar elements for longer range sensing and better functionality in low-light conditions. The company also adds an XSE trim level for the Camry Hybrid.\ 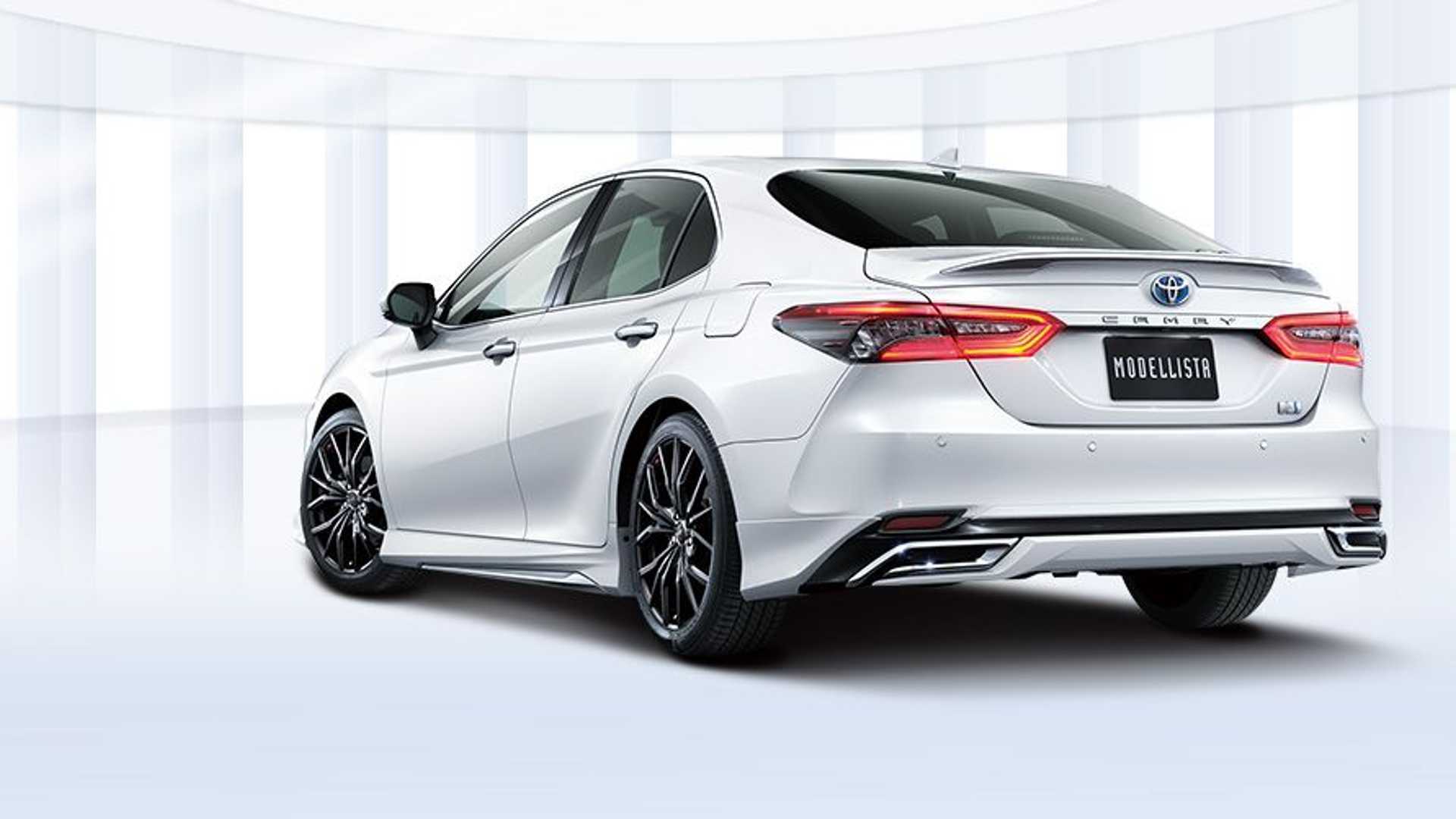 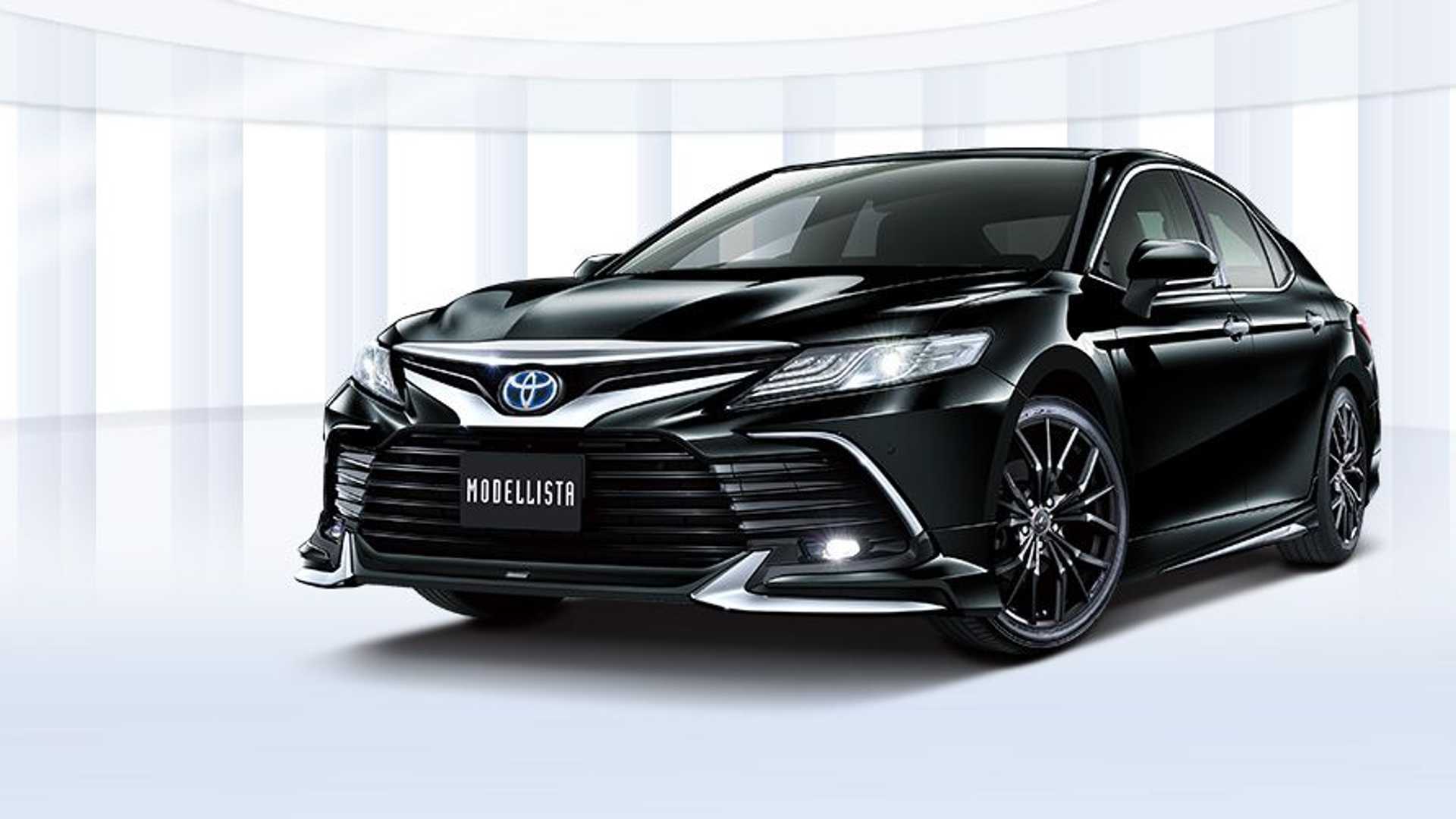 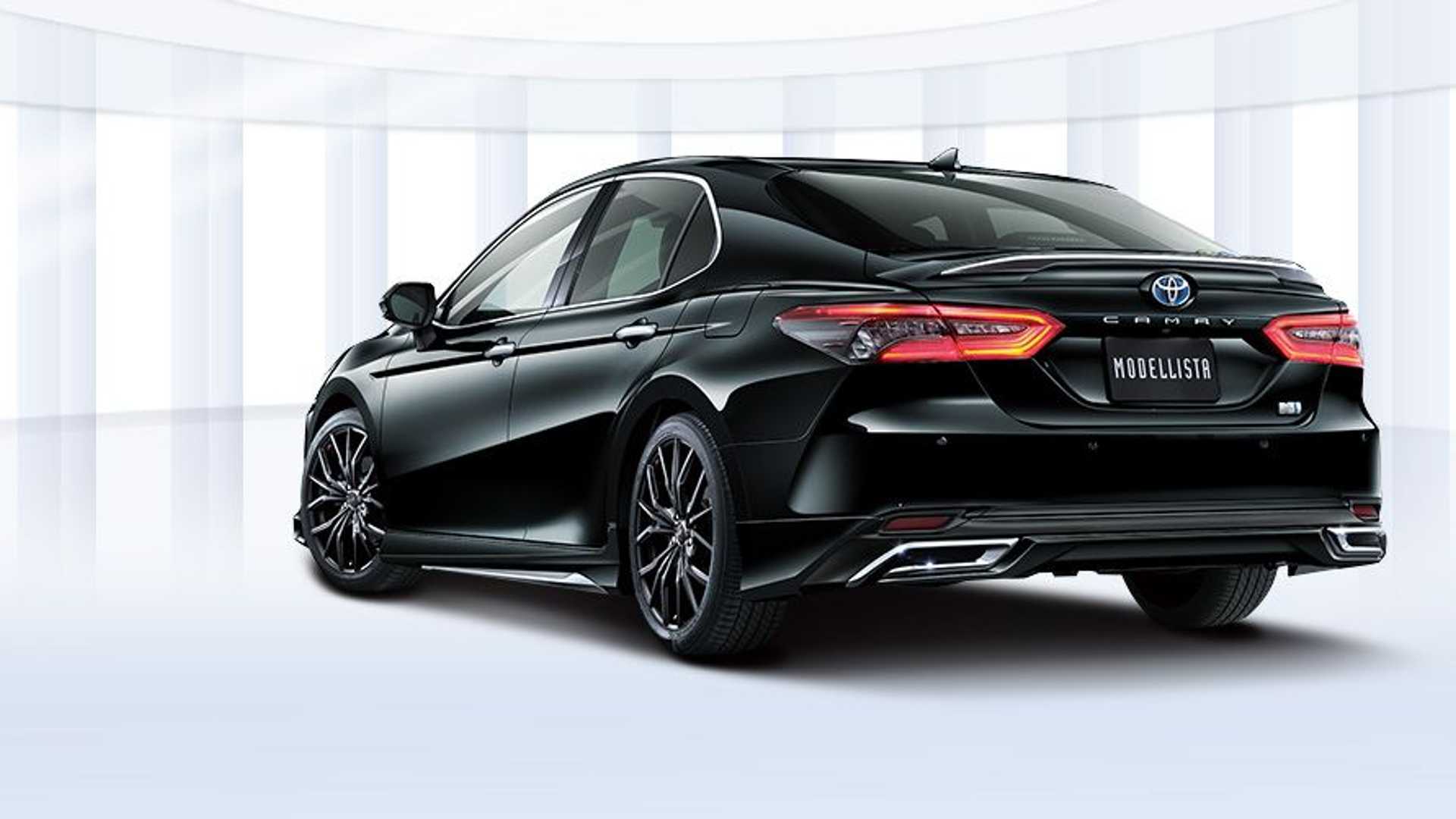