Toyota’s people movers are making their presence felt at the ongoing GIIAS 2017. In attendance are the Toyota Hiace Luxury and Toyota Alphard Hybrid.

The Toyota Hiace Luxury is one of the five products occupying a spot in the Modern Family Zone. The plus sized van's cabin can seat up to 11 passengers with the middle two rows featuring individual captain seats with 4-direction sliding control. The cabin gets ceiling mounted AC vents for all rows, a 6-inch touchscreen with Bluetooth, AUX and USB support and folding tables with cup holders for occupants.

The Toyota Hiace Luxury is powered by a 2.5 L 2KD-FTV D-4D diesel engine that churns out 102 PS of maximum power and 26.5 kgm of peak torque. A 5-speed manual is the only transmission option on offer.

Toyota Kirloskar Motor showcased the Hiace at the Bus and Special Vehicle Show in Greater Noida in January 2015 and had intended to launch it in India in the second half of the same year. However, a year later, it was reported that the plans were shelved. 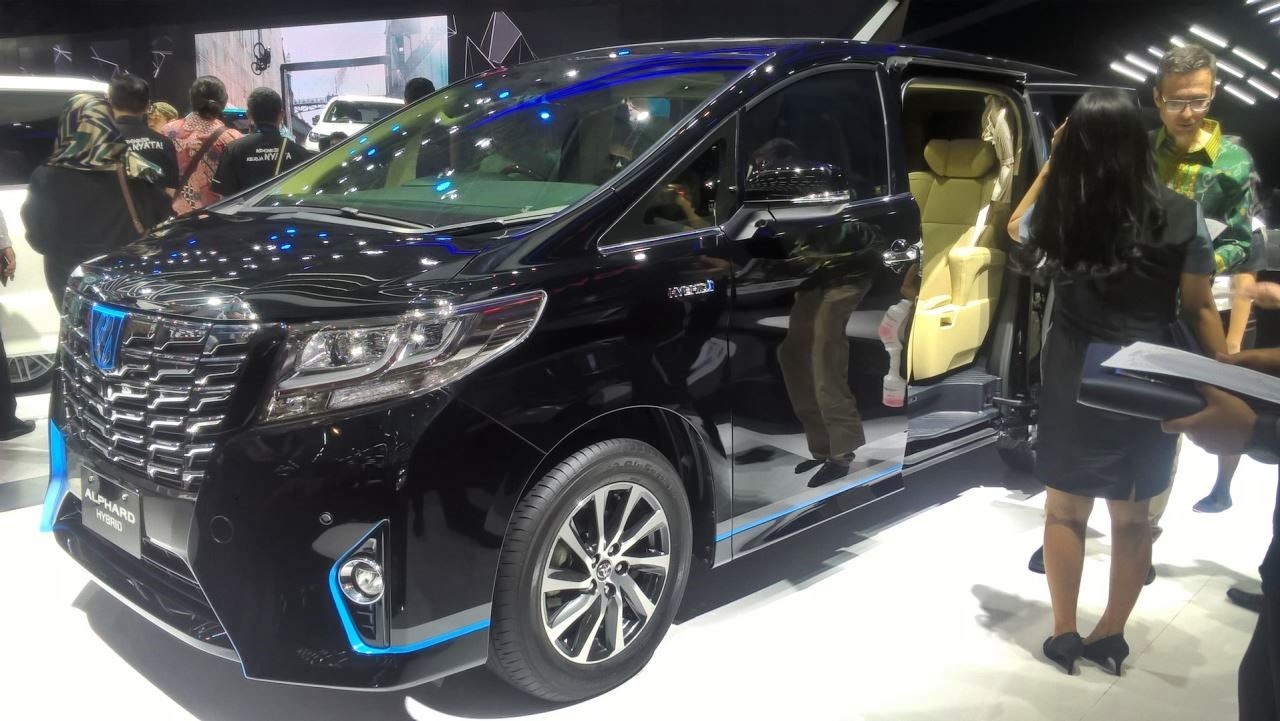 The Modern Executive Zone houses premium products including the new Toyota Voxy, Camry Hybrid, and Alphard Hybrid. The Alphard Hybrid on display at the 2017 GIIAS is finished in black and features blue highlights around the front bumper and fog lamp region. The exterior is characterized by boxy styling with an imposing chrome-heavy nose and an upright tailgate.

The cabin of the Toyota Alphard Hybrid can seat seven occupants, but it is the level of luxury on offer that is its USP. The middle row gets business class like lounge type chairs.