Creativity knows no bound. When it comes to building a motorcycle in your yard, while some ideas are better than others, everyone gets points for creativity, whether the result is amazing or an eyesore. In the case of Brent Walker's work, it's hard to tell whether these custom tiny bikes are terribly cute or just a little weird. Or both. One thing's for sure, we can't stop staring and the execution is pretty spotless.

Meet the Volkspods: a duo of tiny bikes built using Volkswagen Beetle parts—including the front fenders. A tiny 79cc Volkswagen engine is mounted to an equally tiny tubular frame, topped with a modified first-generation Beetle fender. The frame is attached to a set of 13-inch wheels wrapped in hilariously big tires.

According to one of Walter's social media posts, the engines produce 6.5 horsepower. The fenders have been modified to receive a Bug headlight and taillight and painted in vintage birch green and pastel blue color schemes.

Walter added a handlebar and a saddle that poke through the fender as well as pairs of size-appropriate floorboards for the feet. There are obviously no gears but the two minibikes do have proper rear brake pedals (the blue one even seems to have a front brake. Fancy!). Power is sent to the back wheel via a chain drive.

The best part is watching grown adults ride them up the driveway. It looks as silly and as fun as we expected it to be. Walter seemingly started working on the first of the two minibikes a little under a year ago. The first one he made was the green one, followed by the blue one—you can notice that some of the details are more refined on the second one such as the VW emblazoned footrests.

We're not the only ones to think Walter's creations are pretty rad—people on social media are ready to throw their money at him. The guy seemingly built the Volkspods for the fun of it so it's hard to say whether he'll take orders but we think he should probably make that a thing. We'd definitely take one out for a test ride. 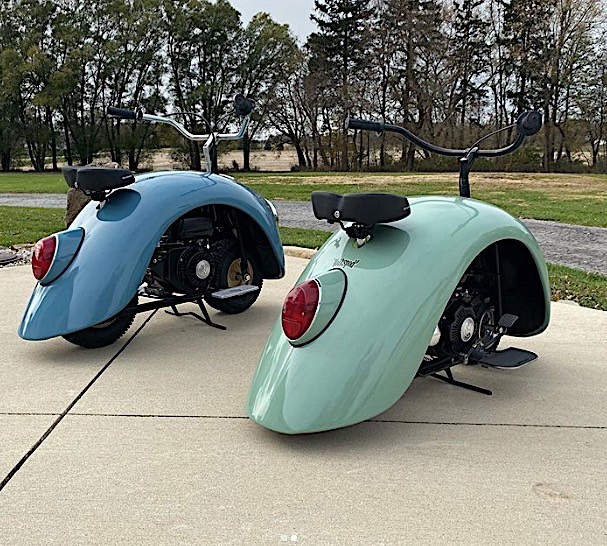 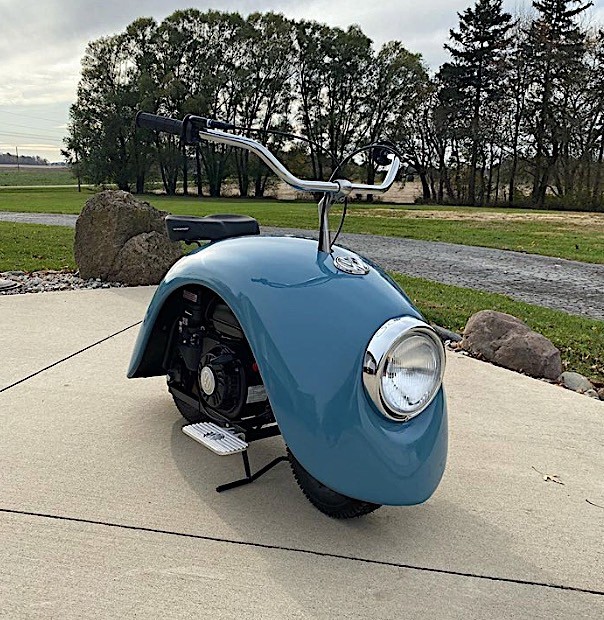 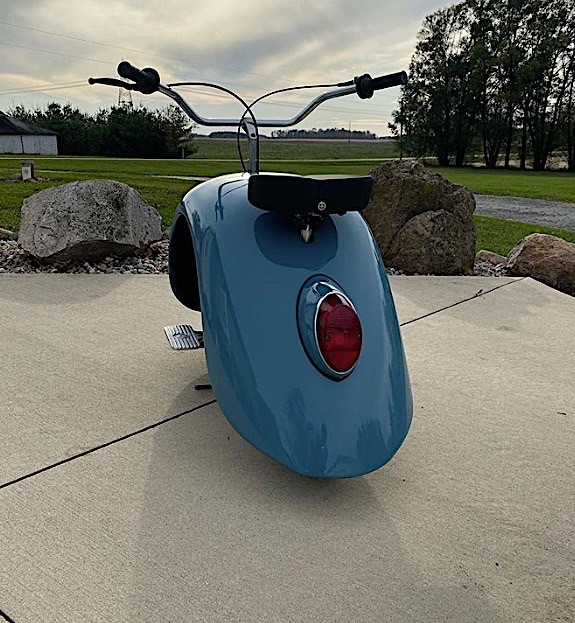 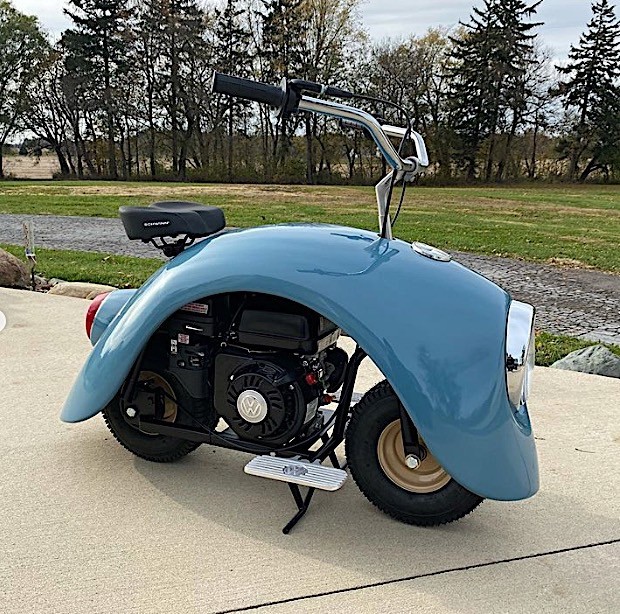 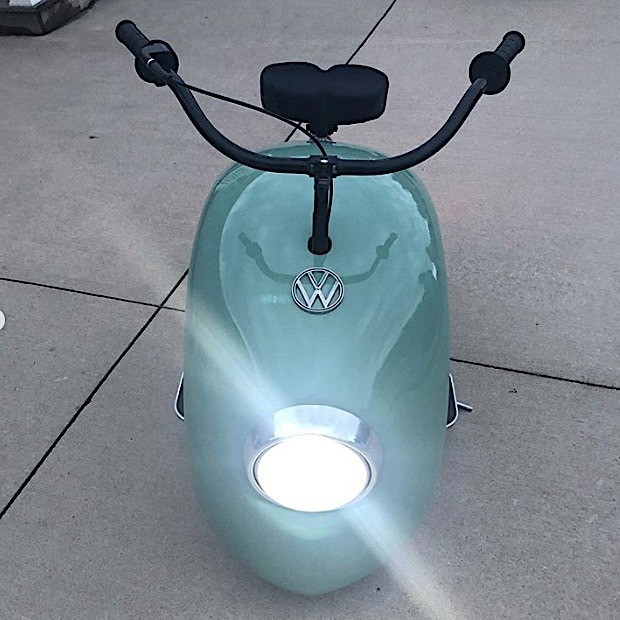 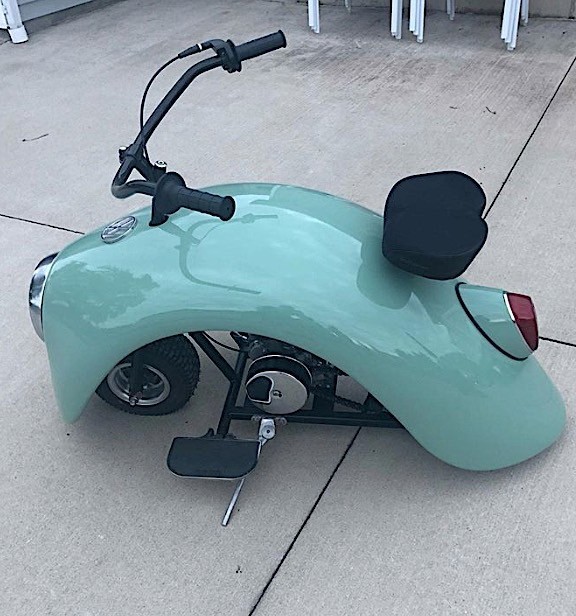