It may be electric but it smokes and sounds like the original.

Here at Motor1.com, literally everyone is a massive fan of the Volkswagen Bus – regardless of the year of production and version. We love them perfectly restored, transformed into campers, and even converted into fat food vans. But we haven't seen anything like this Kombi Van from 1967 before. Or, well, at least what's left of it.

The turquoise 19-window bus is actually a restored 1996 Duffy Cat 16 electric boat disguised as a Volkswagen. It has many cool features but what caught our attention the most is the smoke generator which replicates the original exhaust of the air-cooled VW Bus, as well as the stereo system that produces the engine sound. You can hear it working at the 1:00-minute mark in the video above.

"In all the years we've been doing this at the Harbor we haven't had a boat of our own," Frank Laza, the owner of Central Coast Electric Boats and the main behind the project, comments. "We've had boats that we've bought and sold. It's our business. When this project came along, we've decided to just keep it."

The transformation of the electric boat to a VW Bus boat took Laza and his wife approximately one year. Some of the other cool features he installed are original VW Bus steering wheel and knobs, 12-color underwater light system, and special license plates. The project started its life as a sunken boat in the Malibou Lake, which was bought by Laza and completely restored with a new powertrain, upholstery, dashboard, and more. 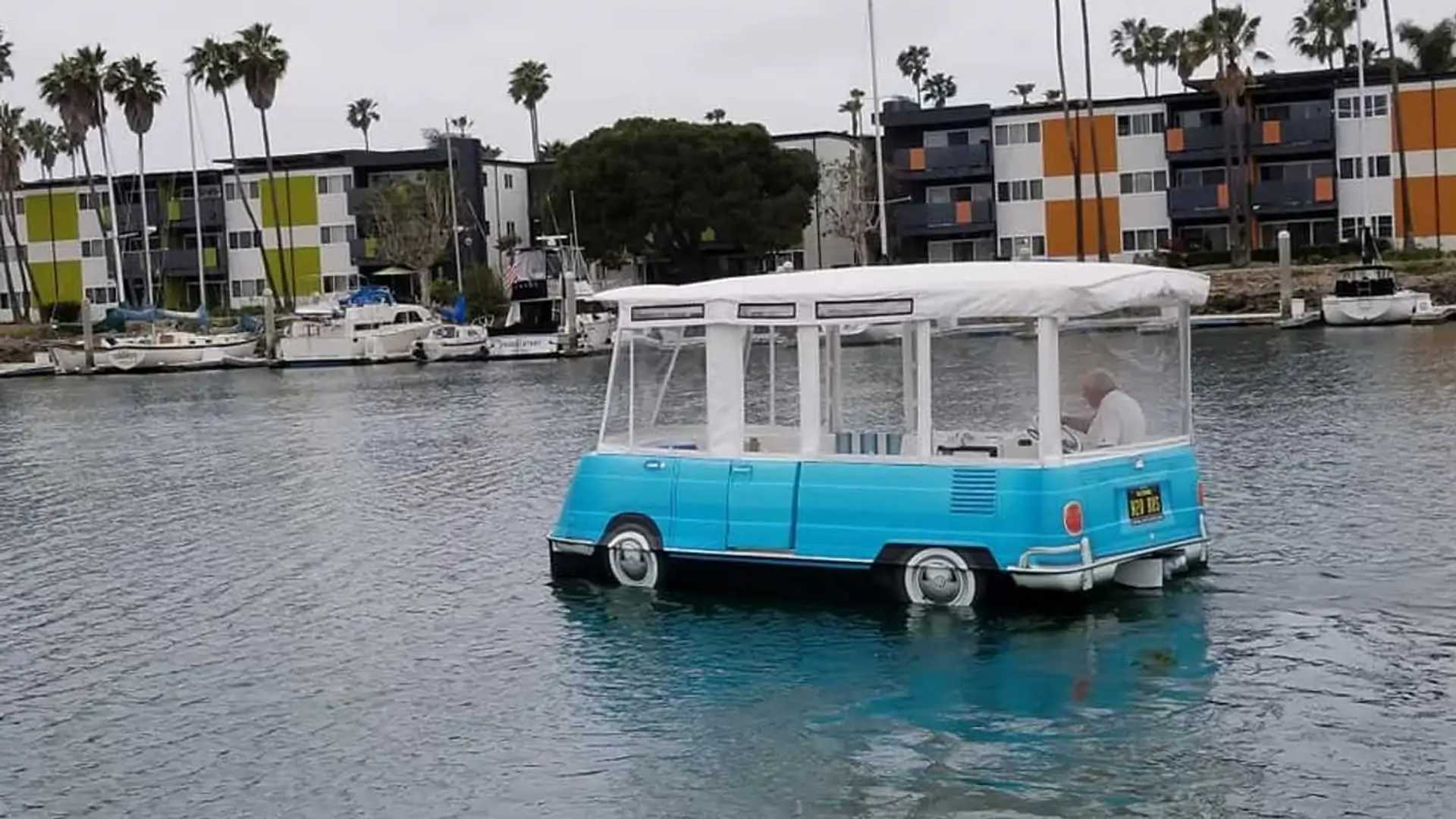 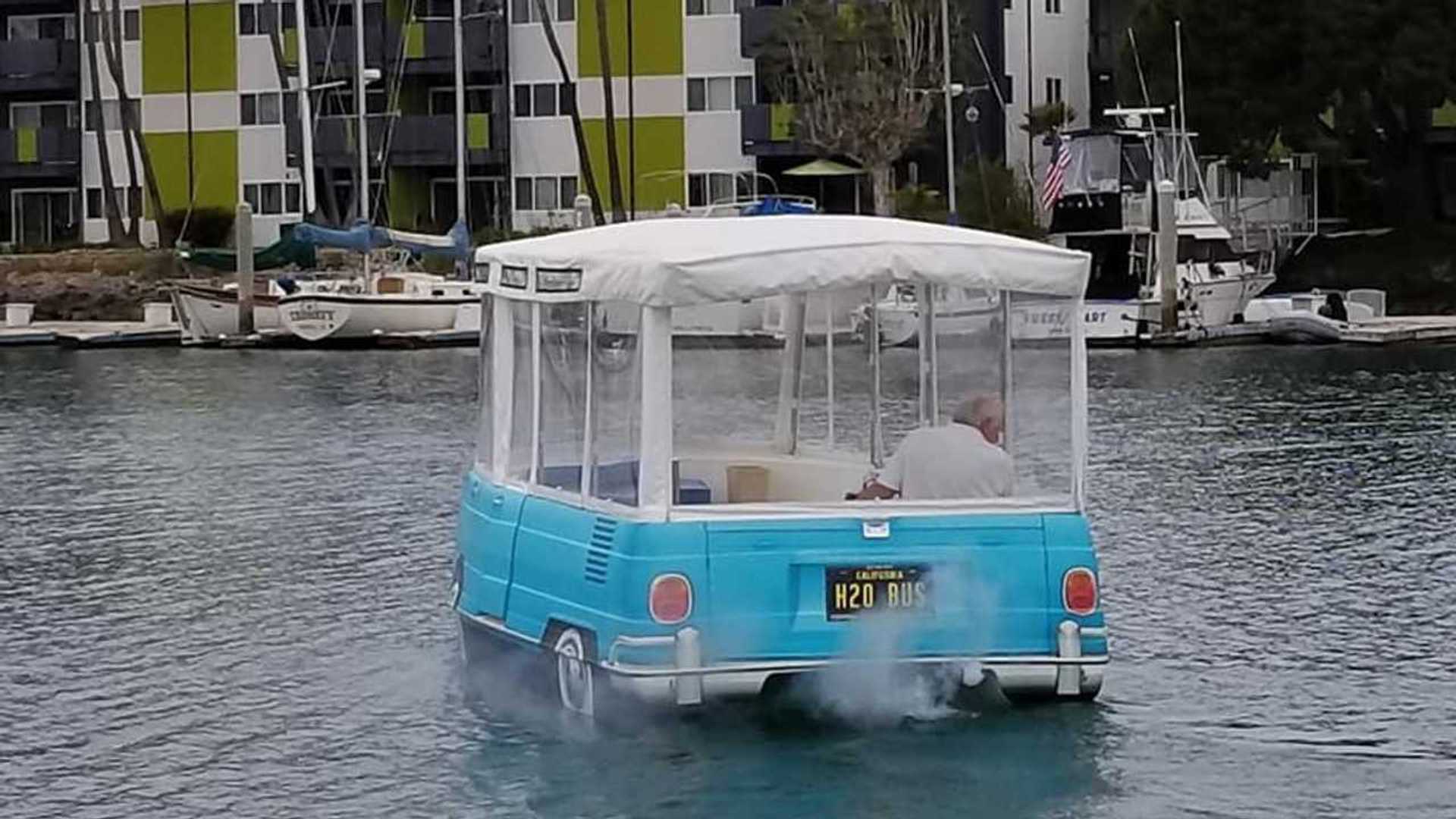