What Is On The Back Of This Ferrari F8 Tributo?

It looks like Ferrari is still putting the F8 through emissions testing.

Shmee150 is back with something this time for Ferrari fans. The YouTuber has clocked upwards of 3,000 miles on his blue GTC4Lusso and to celebrate, he road-tripped to Ferrari's home town of Maranello to take in the sights. As you can probably guess, seeing Ferraris on the street in that part of Italy isn't out of the ordinary, though there were a few interesting sightings to behold.

The crux of this video is a tour around town, where we're privy to the layout around Ferrari headquarters, the big Prancing Horse museum, and the legendary Fiorano test track. Along the way, we catch sight of several late model Ferraris, though an F40 springs up to provide some eye candy from days gone by. A 488 Pista body shell is also spotted on the back of a transporter, providing a unique look at the high-strung hypercar's exterior.

It's the newest Ferrari – the F8 Tributo – that has our primary attention for this clip. A camo-wrapped model is spotted midway through the video, though it simply appears to be a prototype that never had the wrappings removed. Towards the end of the video, however, we spot another F8 with a massive, um, something attached to the rear. It's almost certainly related to emissions as the exhaust is piped through it, but it certainly has us wondering what else Ferrari might have in store.

As it is, the F8 packs Ferrari's most powerful V8 engine to ever come from Maranello. It matches the hardcore 488 Pista with 720 horsepower (537 kilowatts) from the same 3.9-liter twin-turbo V8, giving the F8 a claimed 0-60 time of just 2.9 seconds. We only met the car in March at the 2019 Geneva Motor Show, so perhaps some fine-tuning is still taking place before the F8's fury is unleashed upon the world. 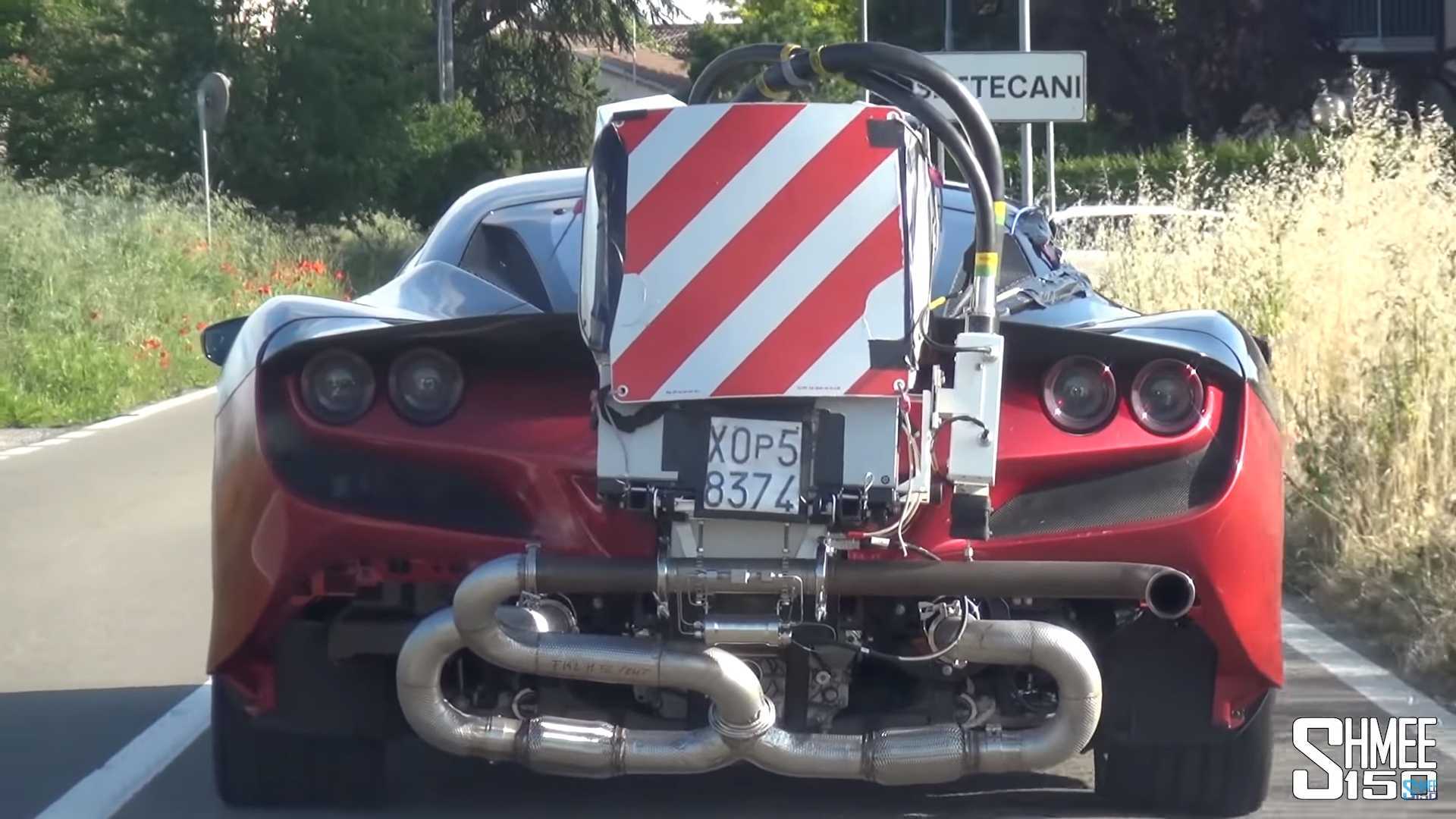 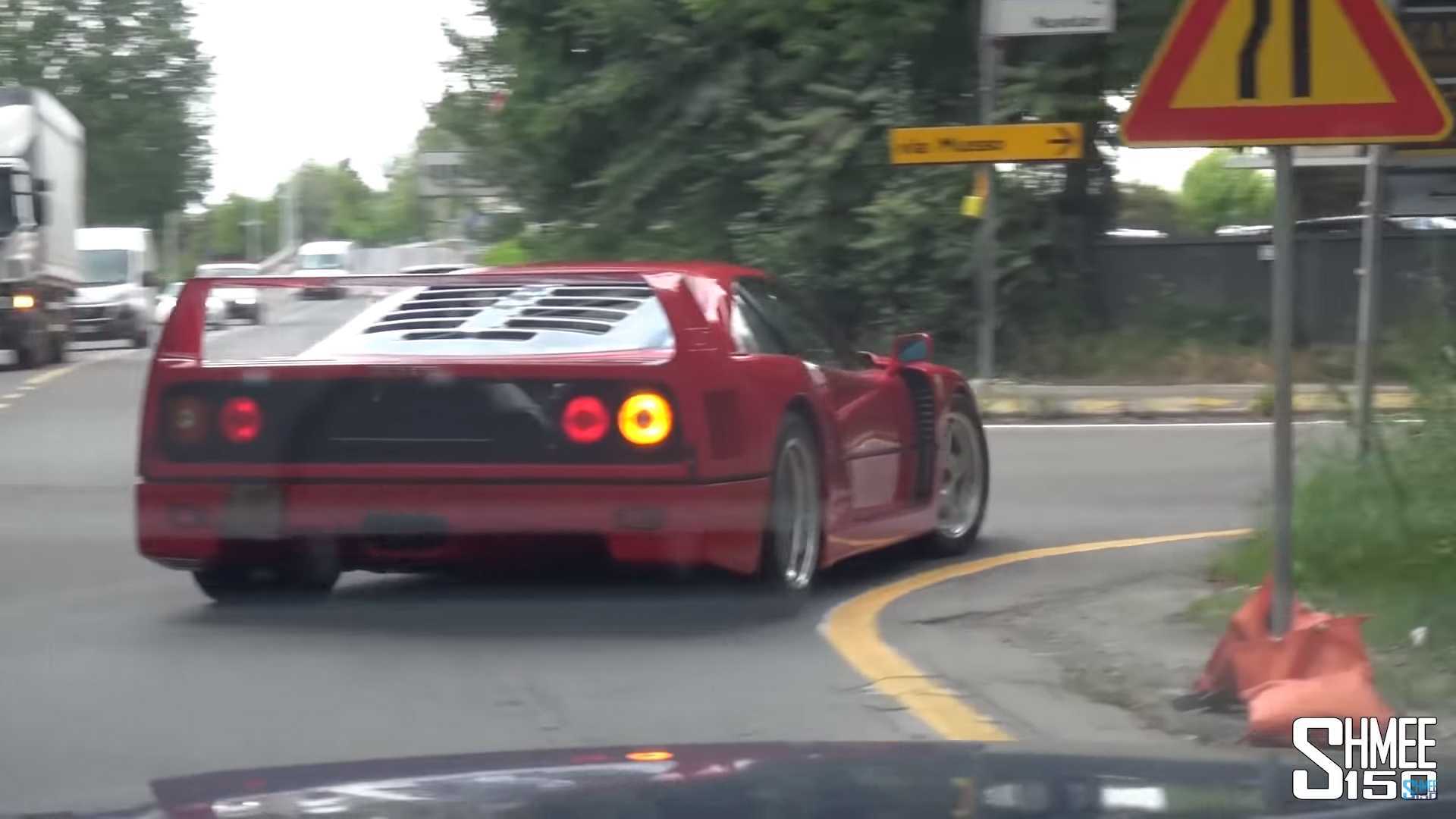 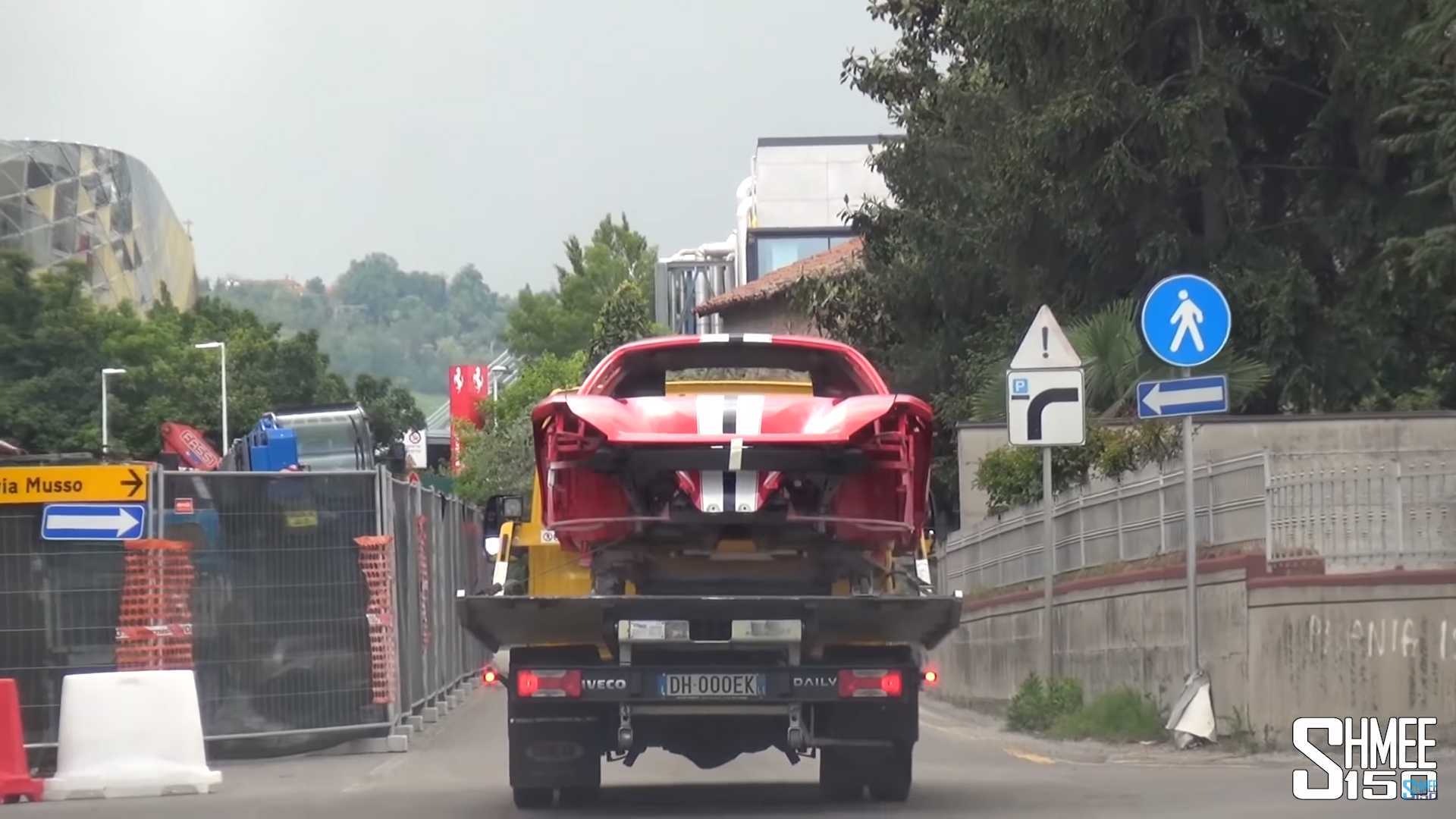