It's not easy being a Mazda Miata, especially if you belong to the NA generation that started it all.

Many drivers mistake your happy appearance for that of a slow car, your driver sometimes takes that gas pedal for an on/off switch in the attempt to carry speed through the corners and prove them wrong... the list could go on, but this is not the point. Nevertheless, the rendering we have here comes to gift the little Japanese roadster with the kind of hardware that facilitates a paradigm shift.

It all starts with eight cylinders being shoehorned into the engine bay, while a pair of turbos was added for good measure. And it's worth noting that this Miata is as unapologetic as they get.

For one, most of the hood is gone, since that V8 (could it be borrowed from a Chevy?) didn't quite fit underneath it, albeit with a pair of polymer panels being added for [insert other purpose than aesthetics if you can].

As for the oil cooler that looks like it hitched a ride on that super-sized front spoiler, these two elements remind us of the Bosozoku Japanese tuning subculture.

Another symbol for the kind of modding that traces its origins to the Land of the Rising Sun involves the meaty fenders, which the artist behind the work labels as Rauh-Welt Begriff. However, while the infamous Porsche tuner sticks to the said fenders, this Miata adds generous canards on top of the said bits.

While I mentioned the mind behind these pixels, you should know we're talking about a penning master called Yasid Oozeear.

And we haven't even gotten to what fills up those arches, namely a set of AMG wheels that appear to come from the 1990s.

The posterior of this Mazda Miata is just as brutal as the rest of the car, with two massive exhaust tips penetrating a gap that sits where the license plate used to be. Oh, and let's not forget that motorsport-grade diffuser. And this might just be the side of the car those other drivers see the most... 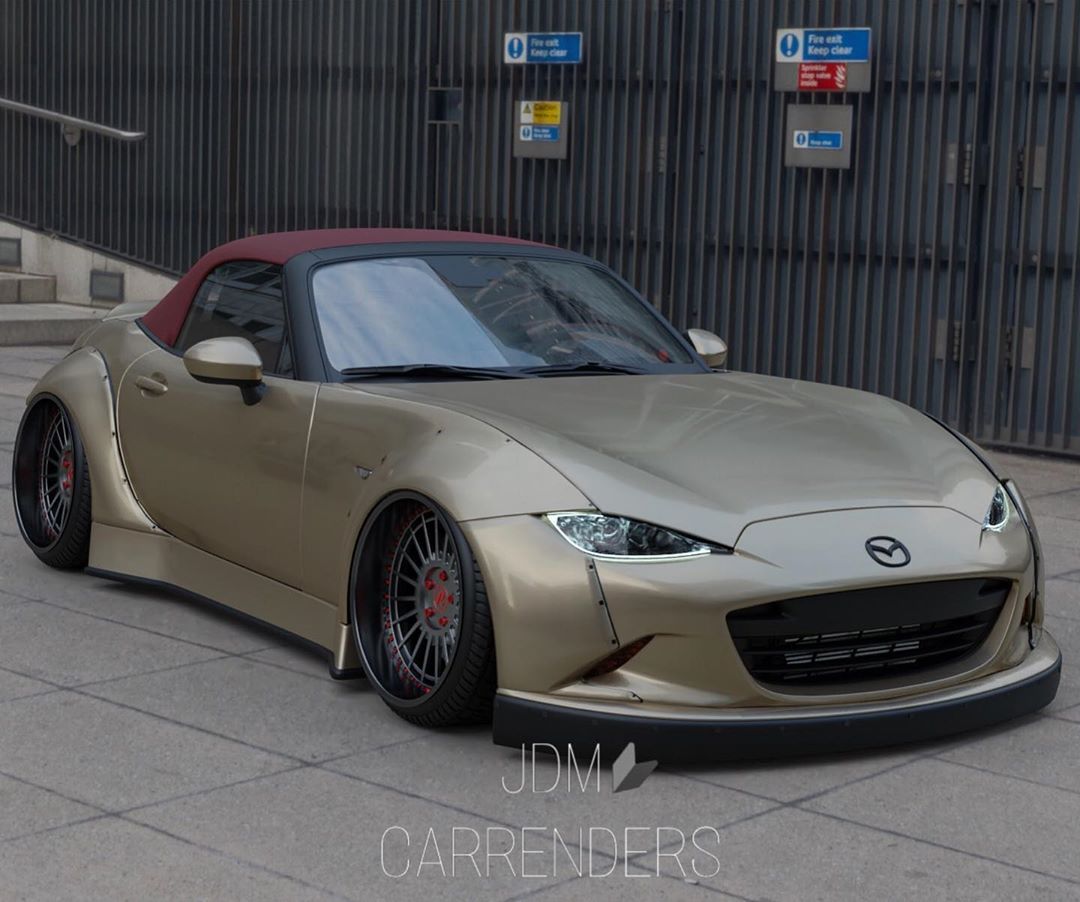 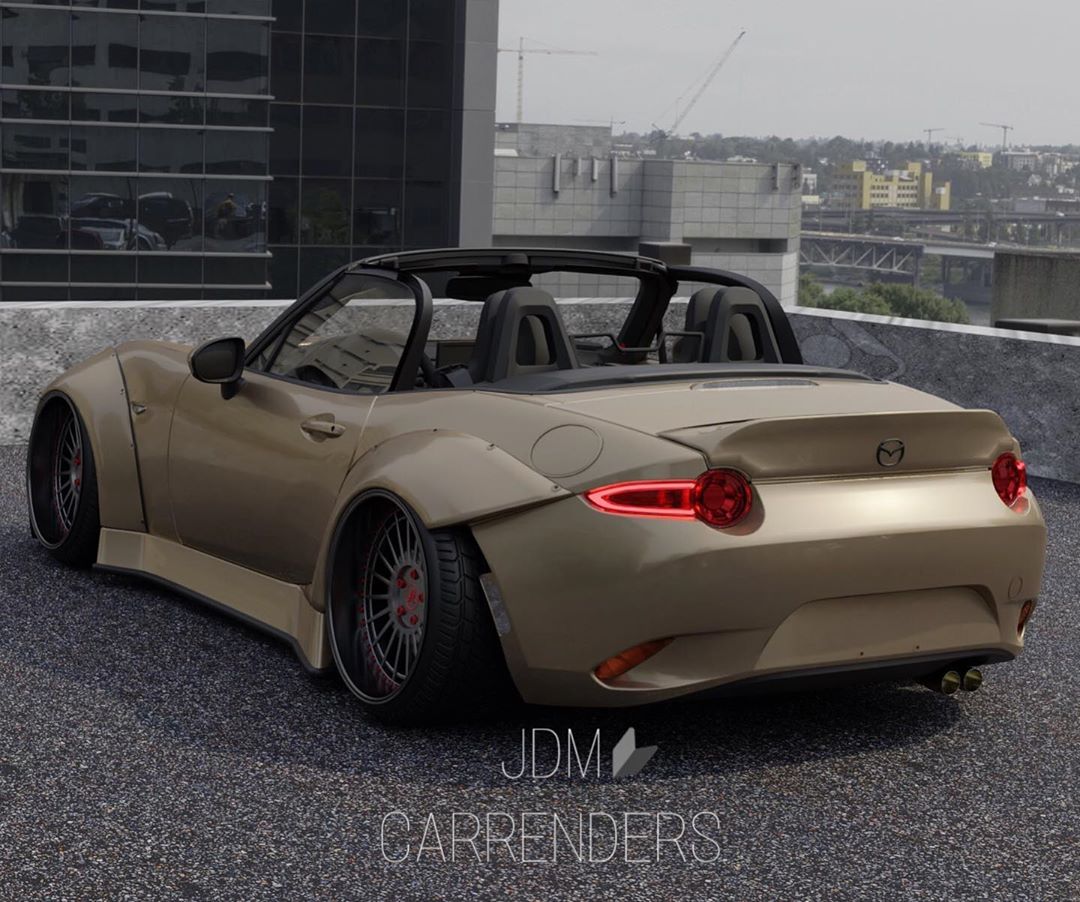