Minus the steam engine.

We've seen dozens of cool Jeeps for sale in recent years including a 6x6, Hemi-powered Wrangler and even Steve McQueen's army Jeep. But what you are about to see could be the weirdest and most stunning vehicle for sale wearing the iconic Jeep logo.

Meet the Loco Hauk, built by Chambersburg-based (Pennsylvania) company called Hauk Designs. The "loco" part of the name comes from the fact that the Wrangler was converted to use a steam engine. It's a 100ci V-4 single-acting, trunk-piston, poppet-valve uniflow steam motor mated to a six-speed NSG370 manual gearbox. Talk about exclusivity.

The "loco" also refers to the number of wheels this SUV has – six instead of the standard four-wheel configuration. Of course, efficiency is not this project's main goal as a full 55-gallon tank of water can move the vehicle up to 1.5 miles (2.4 kilometers) at speed of between 30 and 35 miles per hour (48 to 56 kilometers per hour).

That thing is now for sale but, unfortunately, it's no longer featuring the steam engine. The creators say it is "giving its steam power plant back to the steam museum" but "the rest of this 6x6 beast is up for sale." No price is mentioned but the package still includes the six-speed manual transmission, T-case, wheels, tires, and axles.

It may be unusable anymore without the steam engine given all the modifications that were made to fit it (I mean, just see the interior) but it's still an extraordinary piece of engineering that deserves your attention. For example, the Wrangler Unlimited-based 6x6 could serve as a base for another project or just join someone's exclusive car collection. Regardless of who the new owner is, we'd be happy to just see it on the road again. 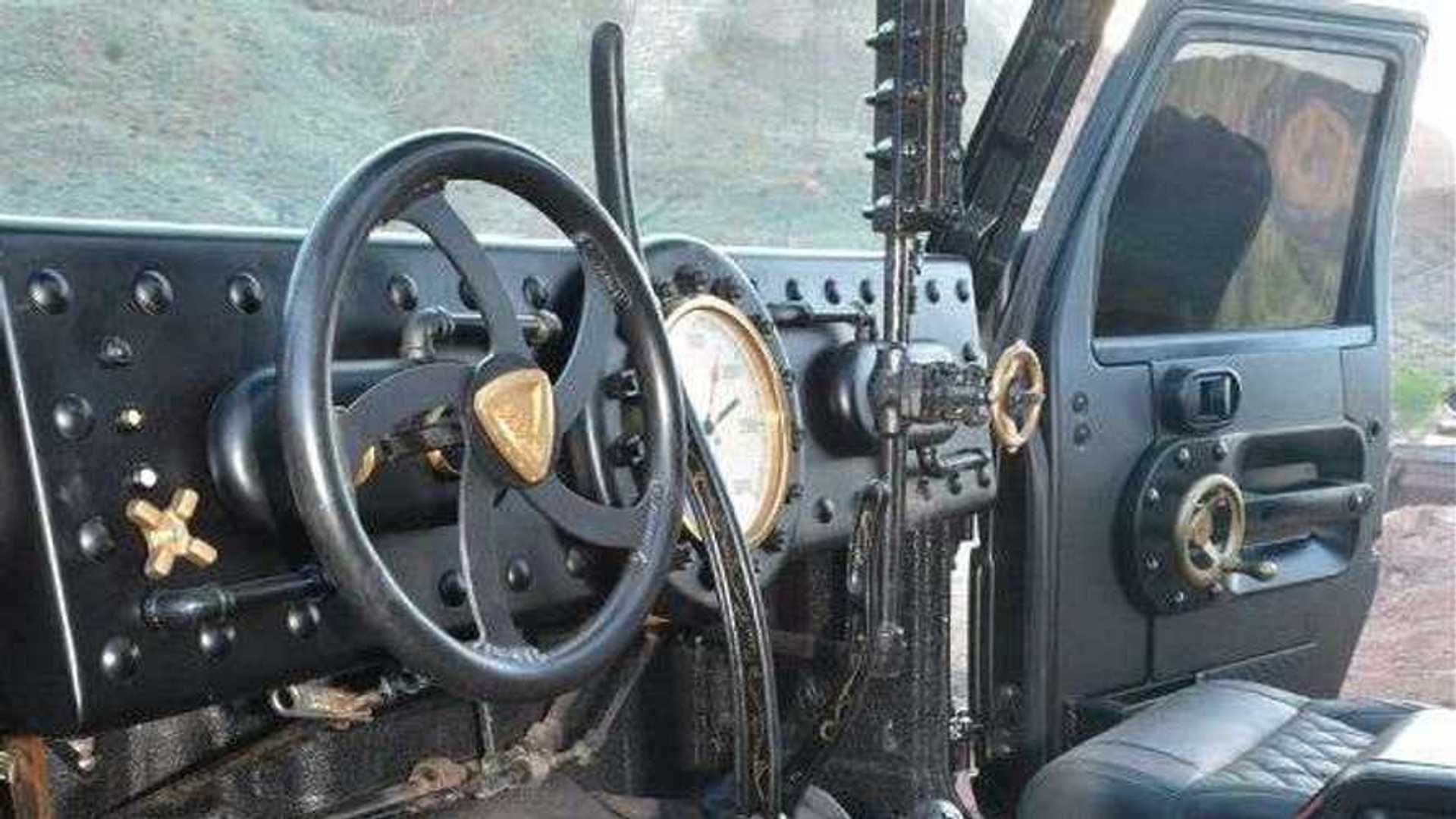