This 2020 Toyota Supra Rendering Looks Like a Supercharged Lexus V8 he Toyota Supra may not be the fastest sports car in the world, but people seem to love messing around with it, looking for ways to go faster. And the discussion always ends up at the same point: the 3-liter BMW turbo engine.

It might have a twin-scroll turbocharger and DOHC, but with a claimed 335 horsepower on tap, it feels like Toyota got short-changed by BMW. The Germans have a much-better twin-turbo version in the M2 Competition or the M3/M4 and can give you 500 ponies from this displacement.

Some people say the 2JZ is the only engine for the Supra, but we always think back to the stories and rumors that pre-dated its launch. Back then, Japanese media was saying a bi-turbo V6 was going to be developed in-hose and would eventually also power Lexus models.

But we always thought the best Lexus engine was the 5-liter V8. Wouldn't that be crazy, a V8-powered Supra? The Mustang boys wouldn't have anything to laugh about.

Of course, something like that would change the balance of the sports car, but Americans don't seem particularly concerned with how the Supra takes corners. They just want to go fast and look mega-cool.

This particular rendering is from a South American artist named Hugo Silva, and it's his first time modeling in Blender. The outcome looks a lot like the Mk4 Mustang from the 1990s due to that grille design. Also, the bulge in the hood makes you think that a supercharged dragster engine resides under there.

Who knows, maybe Ahmad Daham, the guy behind the wheel of the Pro Drift Lexus RC F wants something like this replacing his old sliding rig. But that's not the only thing going on here, as the Supra's body has been modified extensively with big fenders and the usual carbon fiber accessories. The double ducktail spoilers at the back are probably as crazy as that hood. 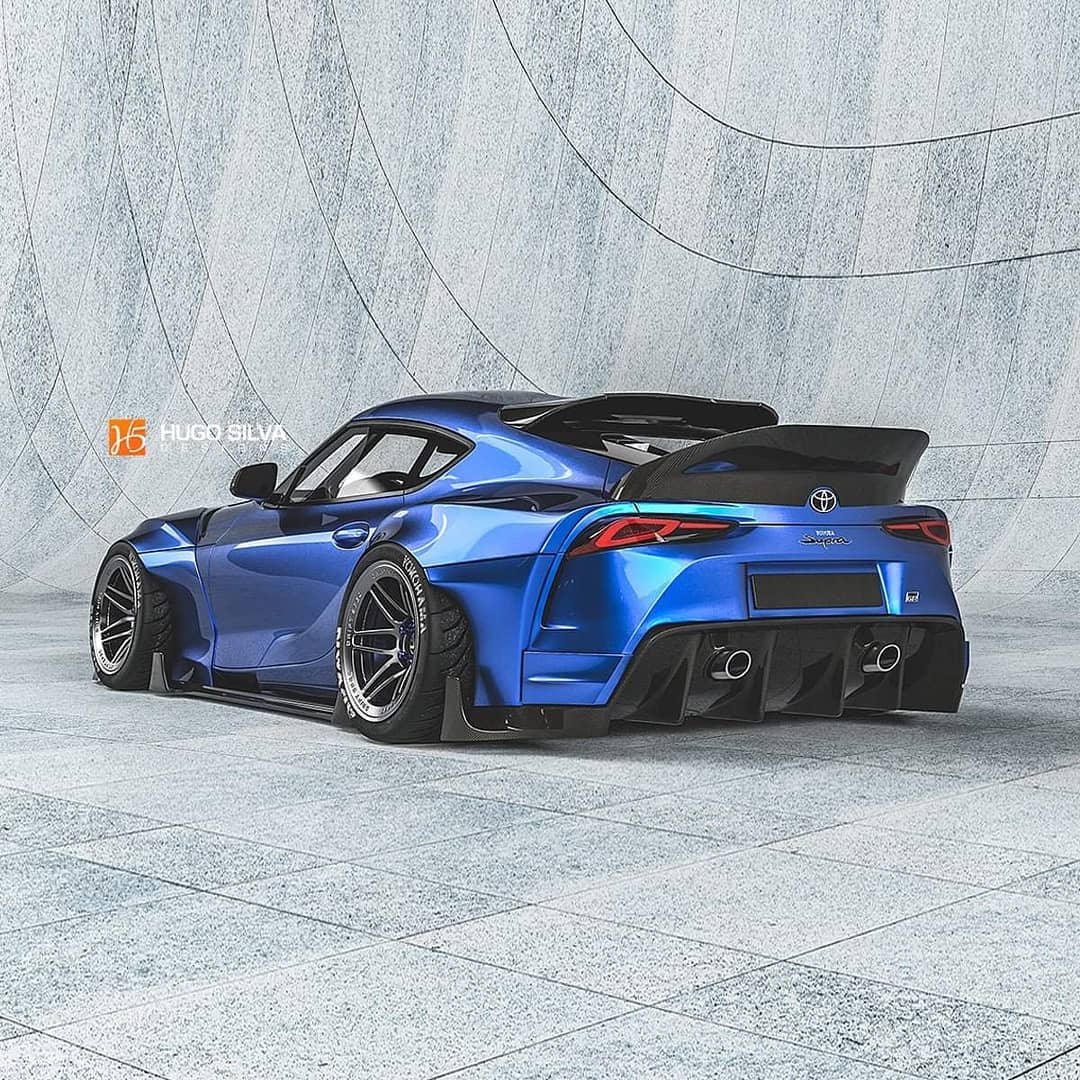 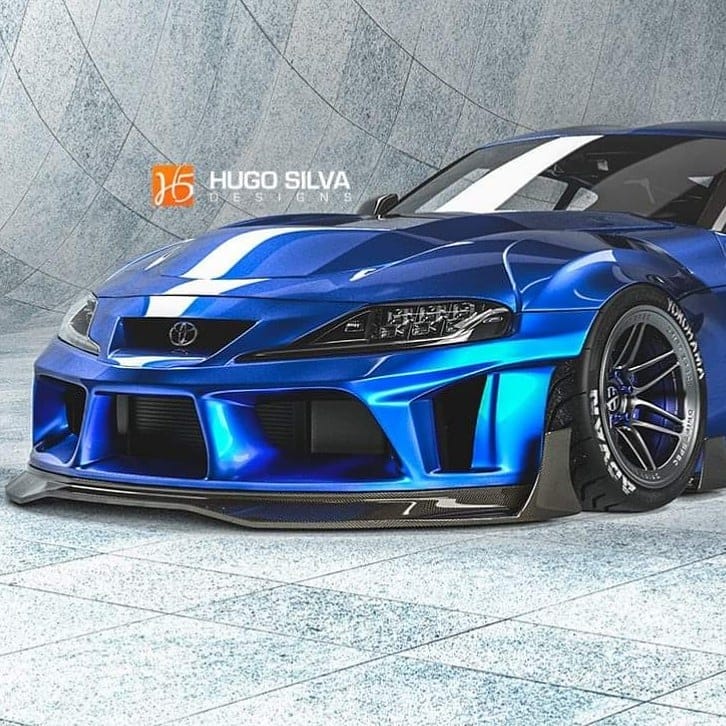 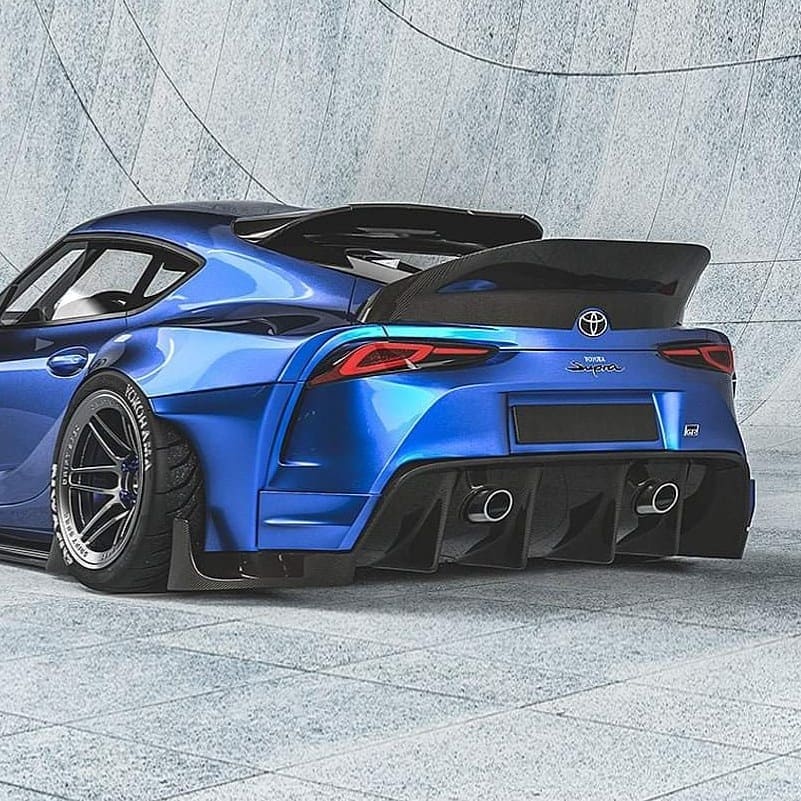