Kia wants you to forget all about those revealing spy shots of the 2021 Sorento we shared just yesterday and focus on these teaser images previewing the all-new midsize SUV. In what may very well be an example of damage control, the South Korean marque has released the first photos and details surrounding one of its most important nameplates. Indeed, the Sorento has racked up more than three million sales since its launch back in 2002 and now it's about to enter the fourth generation.

Teased ahead of a full reveal scheduled for March 3, the revamped Sorento will receive its public debut at the 2020 Geneva Motor Show. According to Kia, the vehicle will ride on a new platform dedicated to the SUV and developed to offer more space inside the cabin than segment rivals and even match vehicles from a class above. The company goes on to say it "raises standards in its segment for practicality" and will adopt a hybrid powertrain for the first time.

It is worth mentioning Kia has engineered an electrified Sorento before, with a diesel hybrid concept making an appearance at the 2009 Frankfurt Motor Show. It combined a four-cylinder 1.6-liter unit rated at 163 horsepower with a 40-hp electric motor and a dual-clutch automatic transmission to enable ultra-low emissions of just 119 grams of CO2 per kilometers. Needless to say, technology has advanced tremendously in the 11 years that have passed, so look for the 2021 Sorento hybrid to be significantly more efficient and cleaner.

The fourth iteration of Kia's stylish SUV will also benefit from an array of features previously not available for the Sorento. These will include not only safety systems, but goodies related to connectivity and the infotainment system.

That's all Kia is willing to reveal for the time being, but look for more teasers to be published between now and the Sorento's big debut next month. 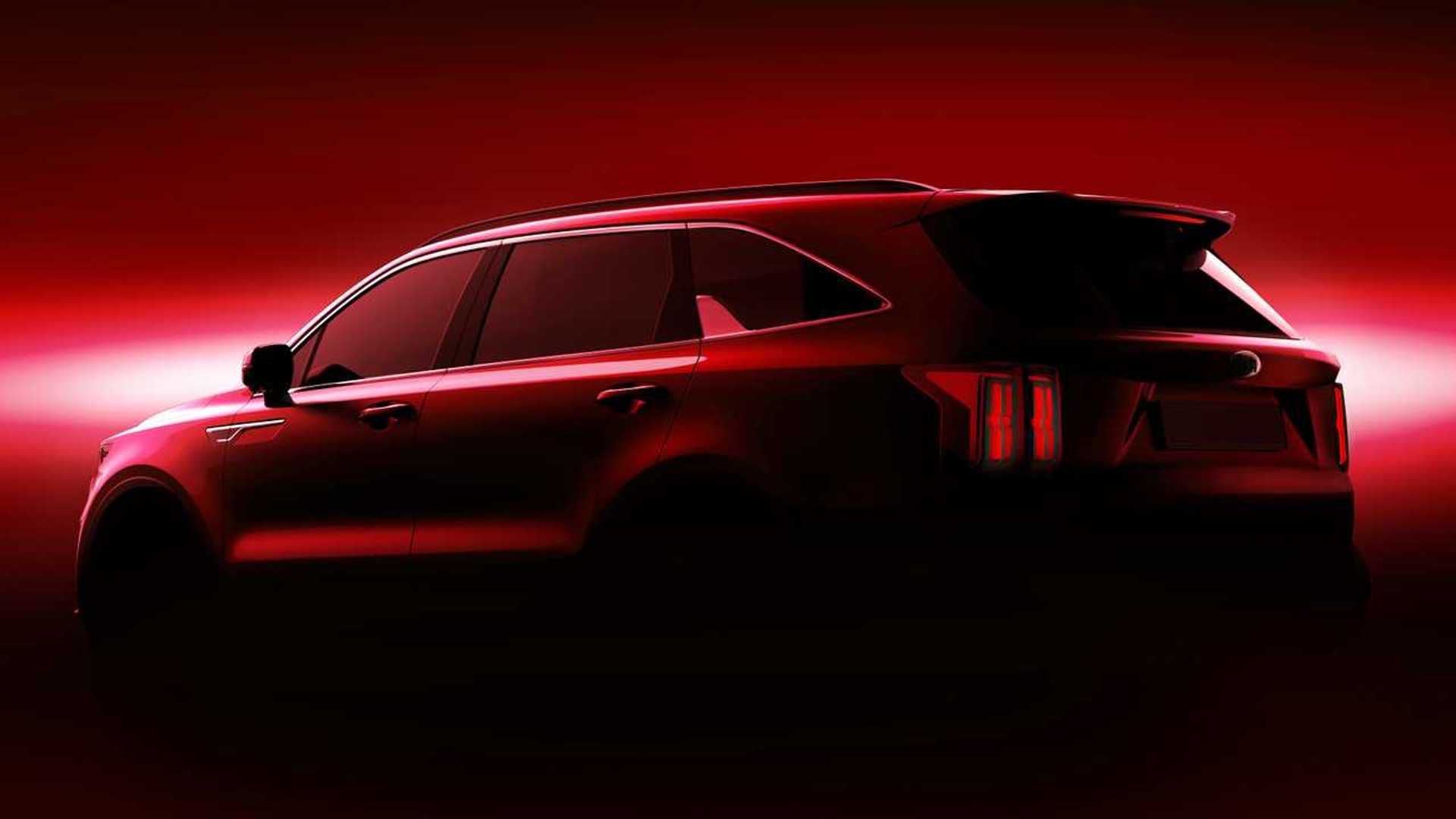