Not hiding much, is it?

Even diehard BMW and Audi fans must admit that all eyes are on Mercedes whenever a new S-Class debuts. With the W223 scheduled to premiere in September, it's no wonder the three-pointed star is gradually removing the mascara from its prototypes. As a matter of fact, this near-production test vehicle has hardly any camouflage left, with only sections of the front and rear fascias still hiding underneath the swirly disguise.

We've gone through the design changes over and over again, so we don't want to sound like a broken record. We'll just point out the handles recessed into the doors to enable a sleeker profile and likely improve aerodynamics a little bit to marginally boost fuel efficiency. The headlights are now sharper than before, while the vertical taillights have made way for horizontal clusters extending onto the trunk lid.

You can't notice it, but the wheelbase is slightly longer than before. Despite these changes, the new S-Class won't represent a significant departure from the old one, unless you'll know where to look. Some will criticize Mercedes for coming out with an enlarged E-Class Sedan facelift, but we're getting the feeling the two will be more visually differentiated compared to the pre-facelift E and the outgoing S.

The two won't have anything in common inside the cabin where Mercedes' revamped flagship will adopt a totally new dashboard design also planned for the EQS, Daimler's range-topping electric model. It has been pretty much revealed in full in an extensive preview, complete with up to five screens, AR tech for the head-up display, XXL-sized infotainment, and many other high-end tech goodies.

Don't let the oh-so-familiar exterior trick you into believing the next S-Class will be more of the same in terms of underpinnings. It'll ride on an all-new platform, which aims to bring more sophistication to an already ultra-posh sedan. Should the Benz-branded not be enough, there's going to be a new Maybach with even more luxury amenities alongside a V12 AWD derivative exclusive to the Double M model.

Come July 29, Mercedes will preview the new S for a second time, followed by a third and final teaser set for August 12. 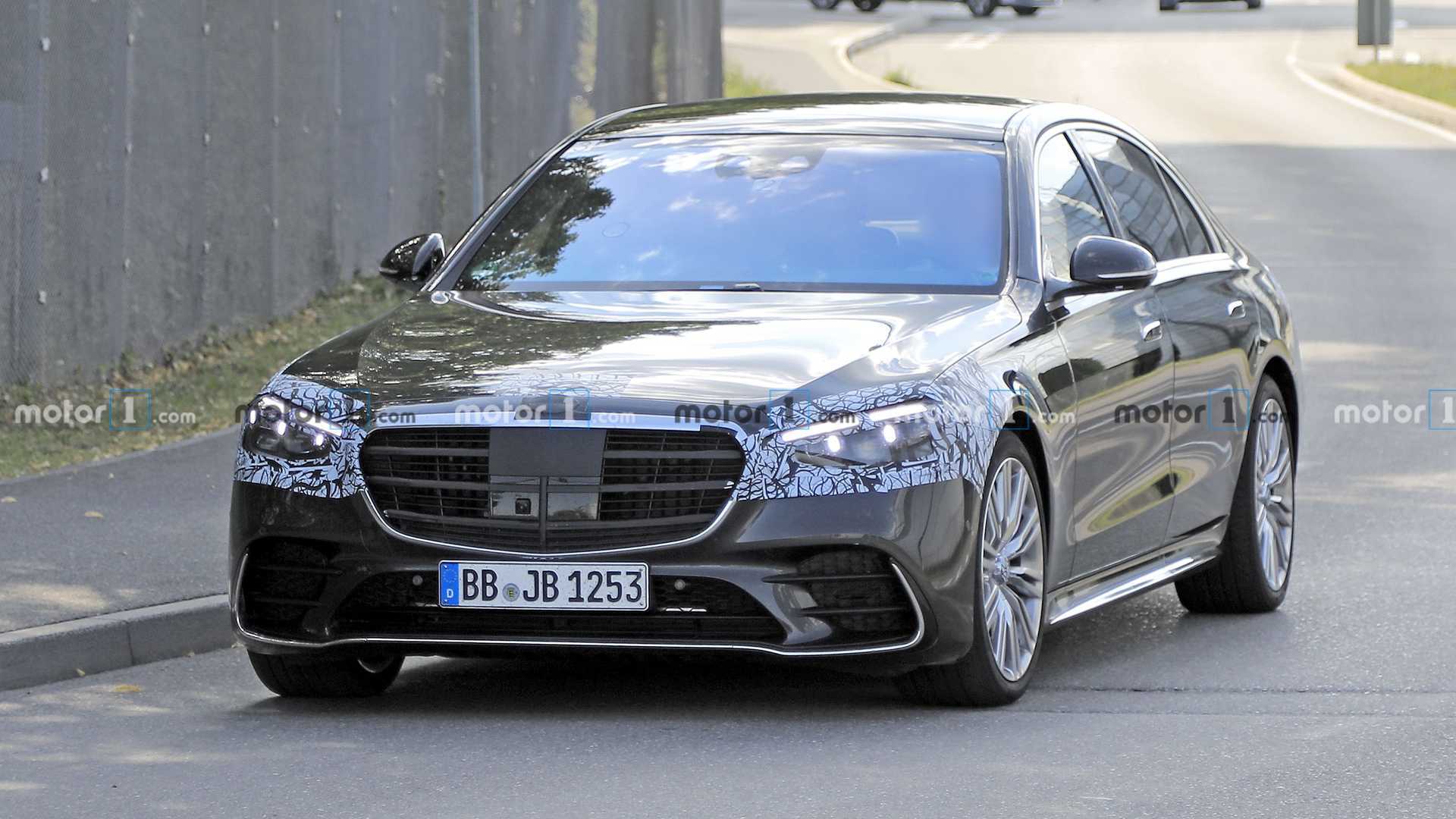 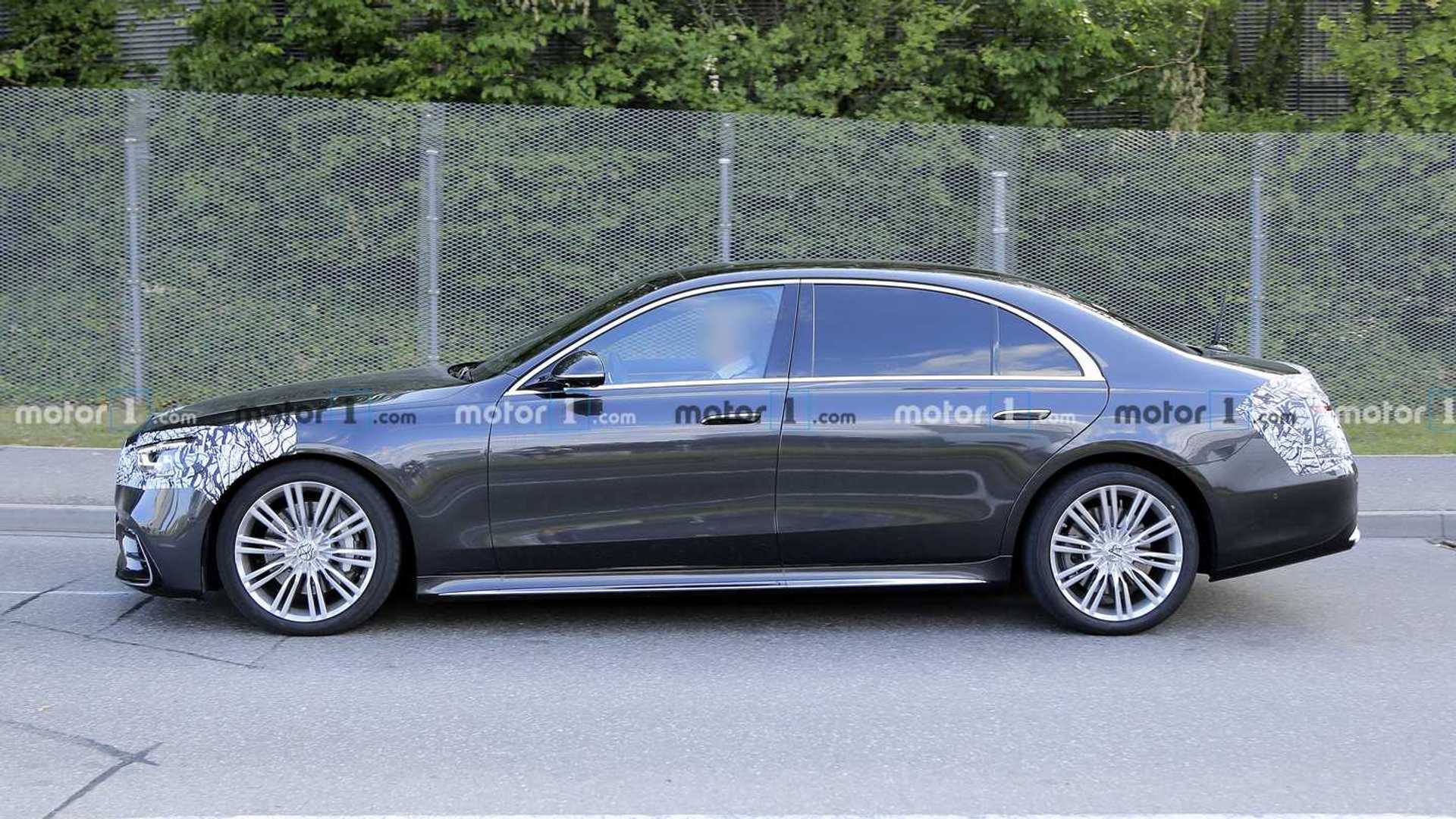 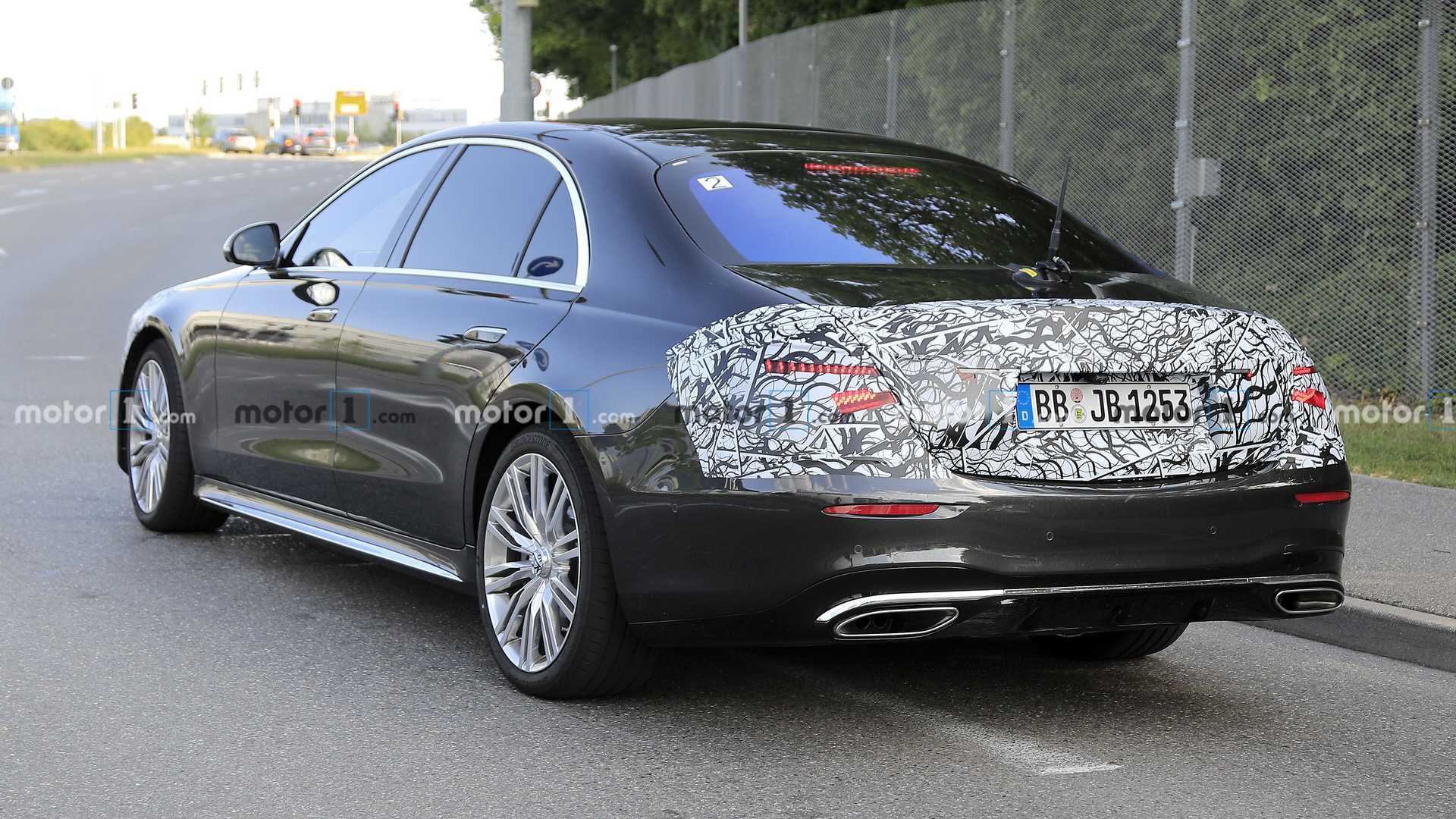