Plus a retuned suspension and added rigidity for better cornering.

The Toyota Supra is well underway in its lifetime as it gets an updated version, now in Japan. Called the Supra RZ "Horizon Blue" Edition, the special model is slated to be a 2021 model and comes with several upgrades.

The new Japanese Supra RZ is pretty much the same as the 2021 Supra A91 Edition that was announced for the U.S. market back in February. With that said, the biggest update to the Supra in its home market is the 14 percent power bump to the 3.0L B58 twin-turbo BMW engine that now comes with 382 horsepower (285 kilowatts) and 368 pound-feet (499 Newton-meters) of twists.

Moreover, the updated Supra gets a front brace to add to the body's rigidity, as well as a retuned suspension for better cornering.

The Supra RZ Edition also gets a special, limited color option called Horizon Blue, which you can see in the images here. If it looks familiar, it's the same color as the Supra added to Gran Turismo Sport.

That blue hue transcends into the cabin with accentuated stitches on the seat, steering wheel, and the dashboard. The bigger 8.8-inch infotainment screen is also standard in all models, replacing the smaller 6.5-inch display from its predecessor.

The 2021 Toyota Supra is available in seven colors in Japan, including the limited Matte Storm Gray Metallic (27 units) and the new Horizon Blue (100 units). Ordering books have been opened in Japan but deliveries will start by October of this year. 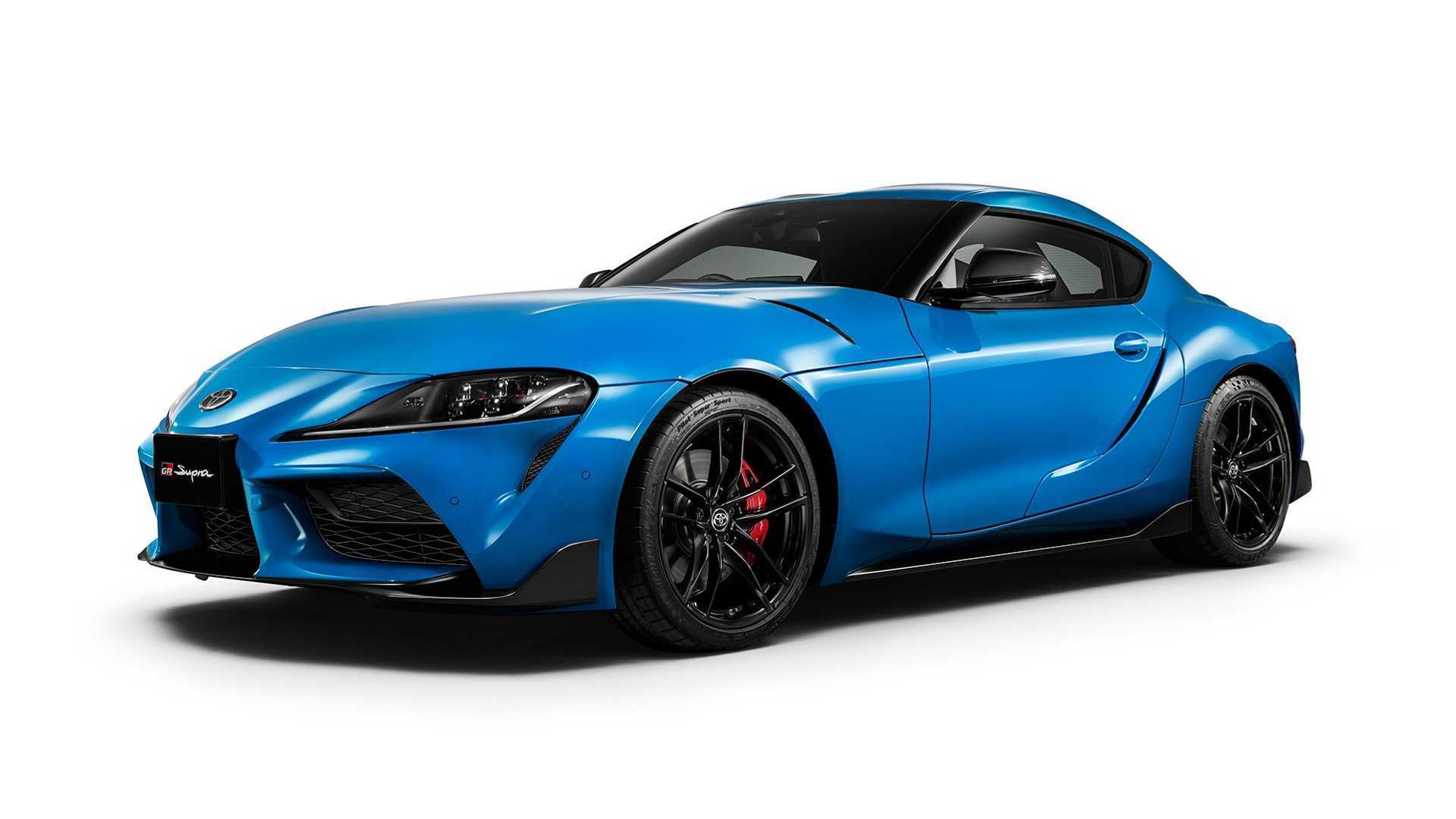 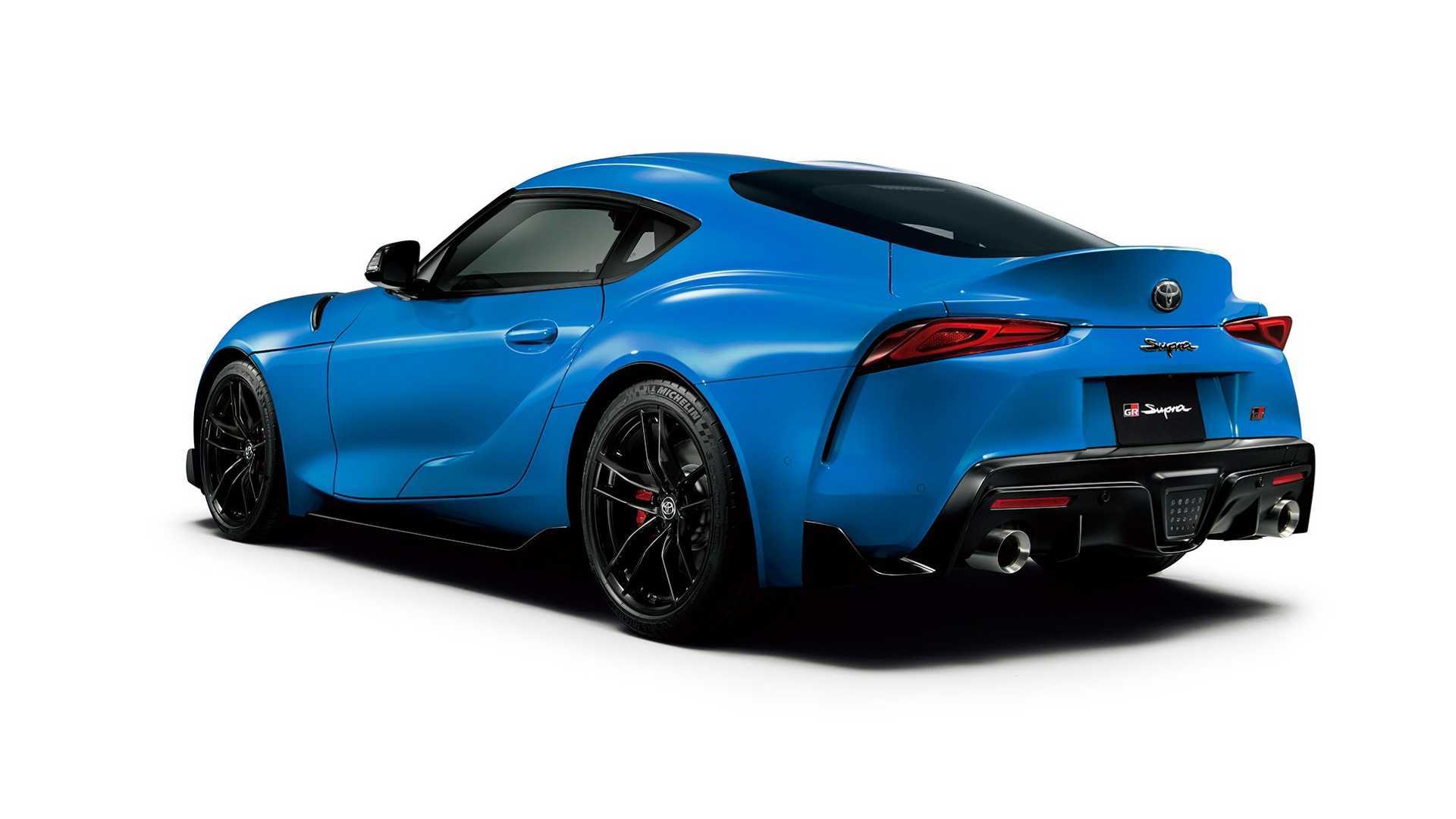 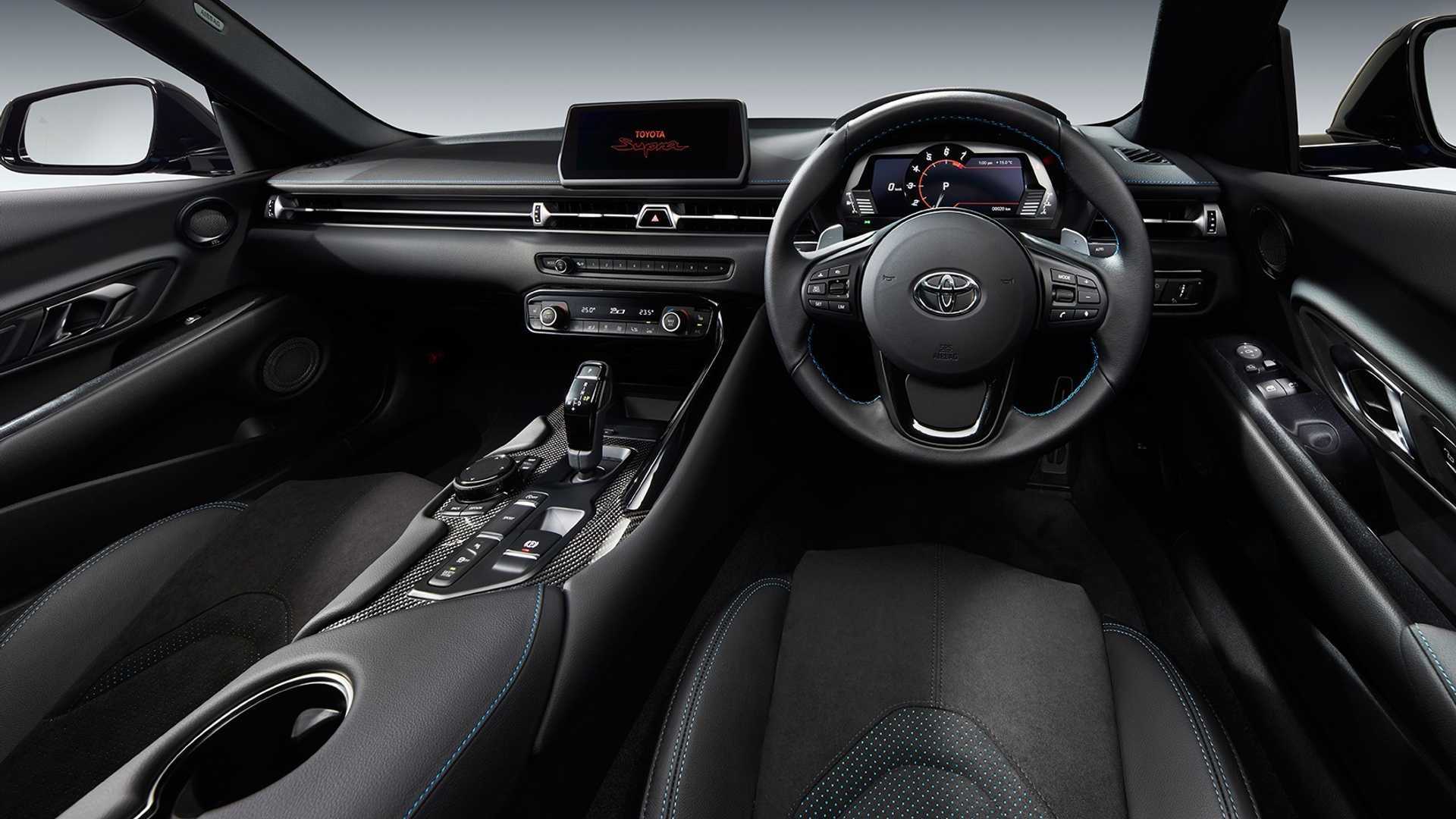