jeepJeep Grand Cherokee
There’s a strong dose of Mercedes S-Class in those screens.

The 2022 Jeep Grand Cherokee will get a very modern interior design if recent spy photos are to be believed. Our source was able to get close enough to the heavily camouflaged test mule to snap a pretty clear photo of the cockpit of Jeep's upcoming midsize SUV, and there's lots of technology on display.

Most obviously, there's a massive, slanted touchscreen mounted high on the dash. Mounted horizontally and not vertically, the screen looks like it's at least 12 inches across. It also appears to take some inspiration from the upcoming Mercedes-Benz S-Class, though we're sure the resemblance is coincidental since the companies are no longer linked in any way. The high, wide touchscreen should be easier to use with less distraction than FCA's Uconnect 12 offering, the mostly excellent 12.0-inch vertical screen found in some versions of the Ram 1500.

On the Grand Cherokee (now believed to be delayed until the 2022 model year), we can also see some clearly marked hard buttons below the infotainment display, as well as a row of toggle switches up high on the dashboard. The presence of physical buttons bodes well for ergonomics. The center console houses FCA's now-familiar rotary shift dial, and we'd expect to see some off-road controls in the same location on production models.

Styling-wise, the interior of the 2022 Grand Cherokee is a rather attractive evolution of the current SUV's cabin. There's still a slight wing shape to the dashboard fascia, but the larger touchscreen display and new digital instrument cluster modernize the look significantly. Wide HVAC outlets on the top of the dash look sophisticated, as do the matte-finish wood panels spreading out from the infotainment system. To our eyes, there's also a very slight callback to the first-generation Grand Cherokee, with a mostly flat dash top that gives way to a bulging instrument cluster.

The 2022 Jeep Grand Cherokee will reportedly use FCA's Giorgio platform, shared with the Alfa Romeo Giulia sedan and Stelvio SUV. However, expect the Grand to boast significant hardware upgrades to elevate its off-road performance to a level befitting a Jeep. Permanent four-wheel drive will likely benefit from a low-range transfer case, and there should be sophisticated traction and suspension technology to help it earn a "Trail Rated" badge.

The Jeep SUV's debut date is a mystery, but we expect to see it in November, coinciding with the not-yet-cancelled 2020 Los Angeles Auto Show. Expect the 2022 Jeep Grand Cherokee to hit dealers next summer. 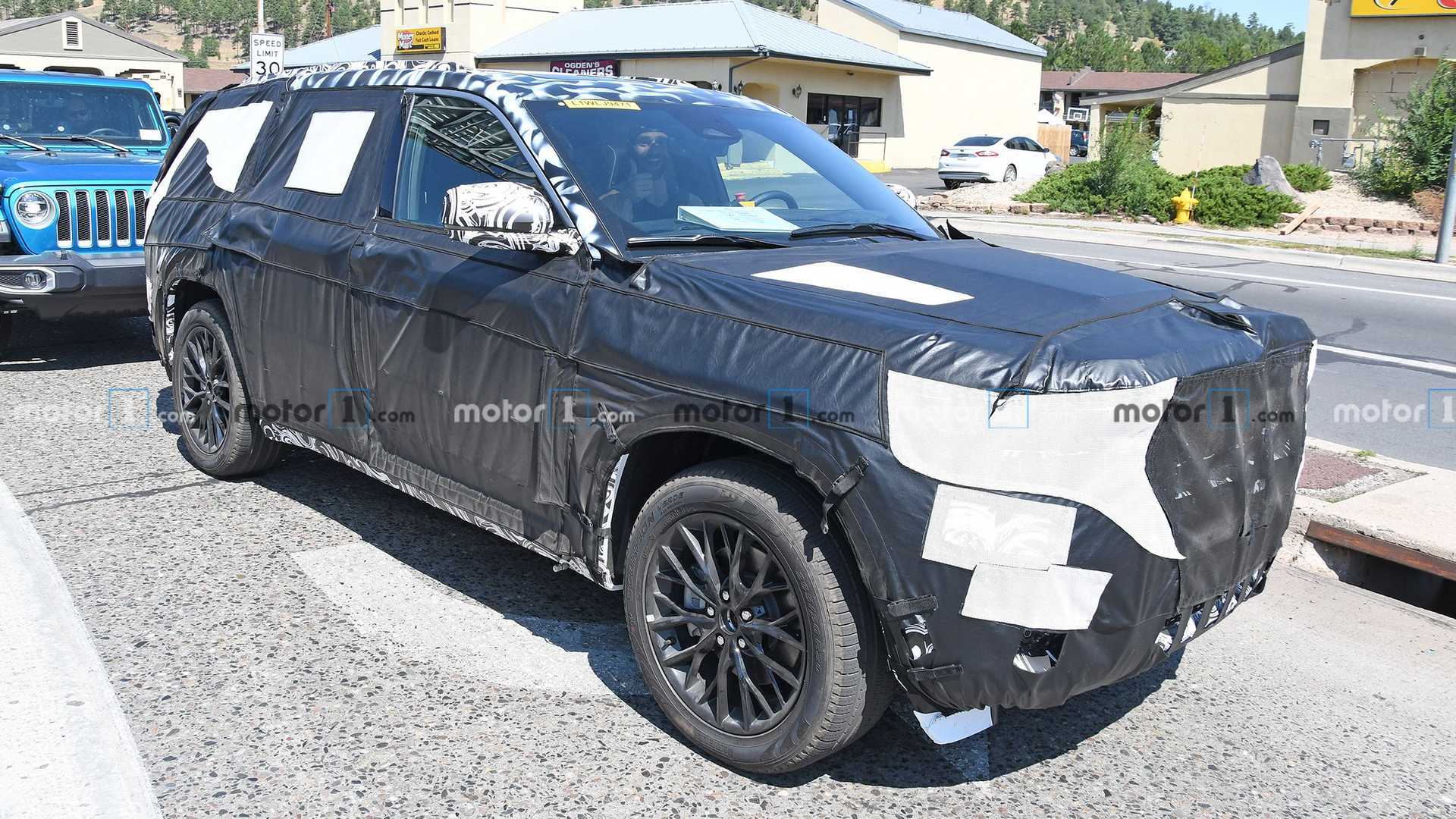