Do not adjust your monitors; you really are looking at a Pagani Zonda with three wheels... kind of, but not really.

This weird project popped up on our radar just now. These are the only three photos available, with no details to be found.

From what we can figure out, the awesomely weird 3-wheeler resides somewhere in the Middle East, based on what the dude is wearing and the way sidewalks are paved. But that's not surprising, considering car fans over there have a taste for projects that are 100% unique and look expensive.

Which half of a car do you like best? The guy who cut up a BMW M4 to make a trailer likes the rump cut, while this Zonda fan prefers the front.

Like most supercars, a Zonda would probably split in half in a crash to prevent the driver from being impaled by the heavy engine behind him. But there haven't been any such crash incidents, and something tells us this isn't a real Zonda. If you look at the photos side by side with a Zonda R or - the headlights are slightly off, the nose is a bit too long and the mirrors are in the wrong place.

The real Zonda also doesn't have butterfly doors either, though since its younger sister the Huayra does, this feature doesn't bother us. As for the teal-on-purple interior, it's a nice touch as well, very color-coordinated, though not built to the standards of an actual Pagani.

At this moment in time, we can't figure out what the base vehicle for this project was. the pointy tail just screams "T-Rex" but we don't see the trademark motorcycle exhausts. Actually, where the heck is the engine for this thing? It has a manual gearbox, so it's probably not electric. 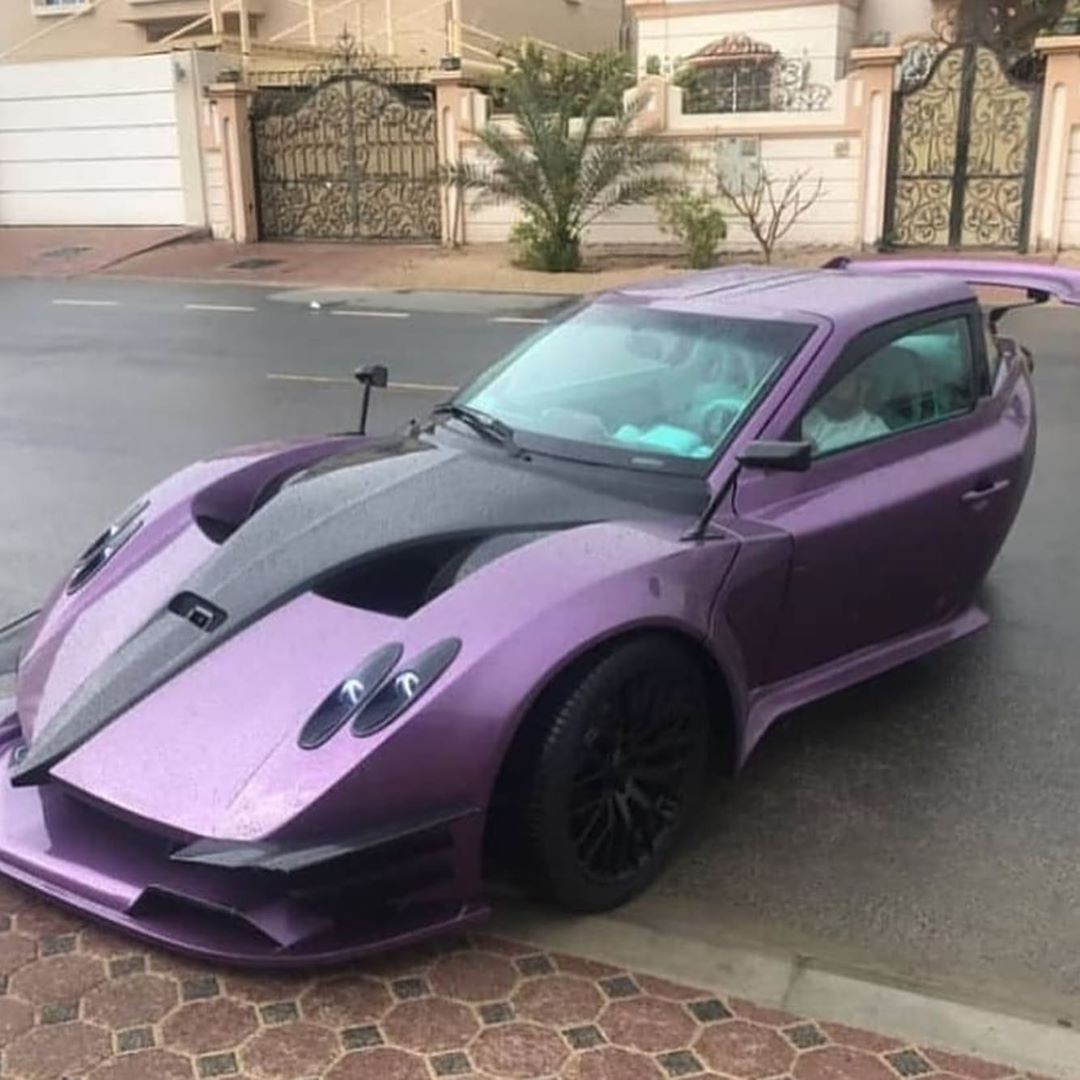 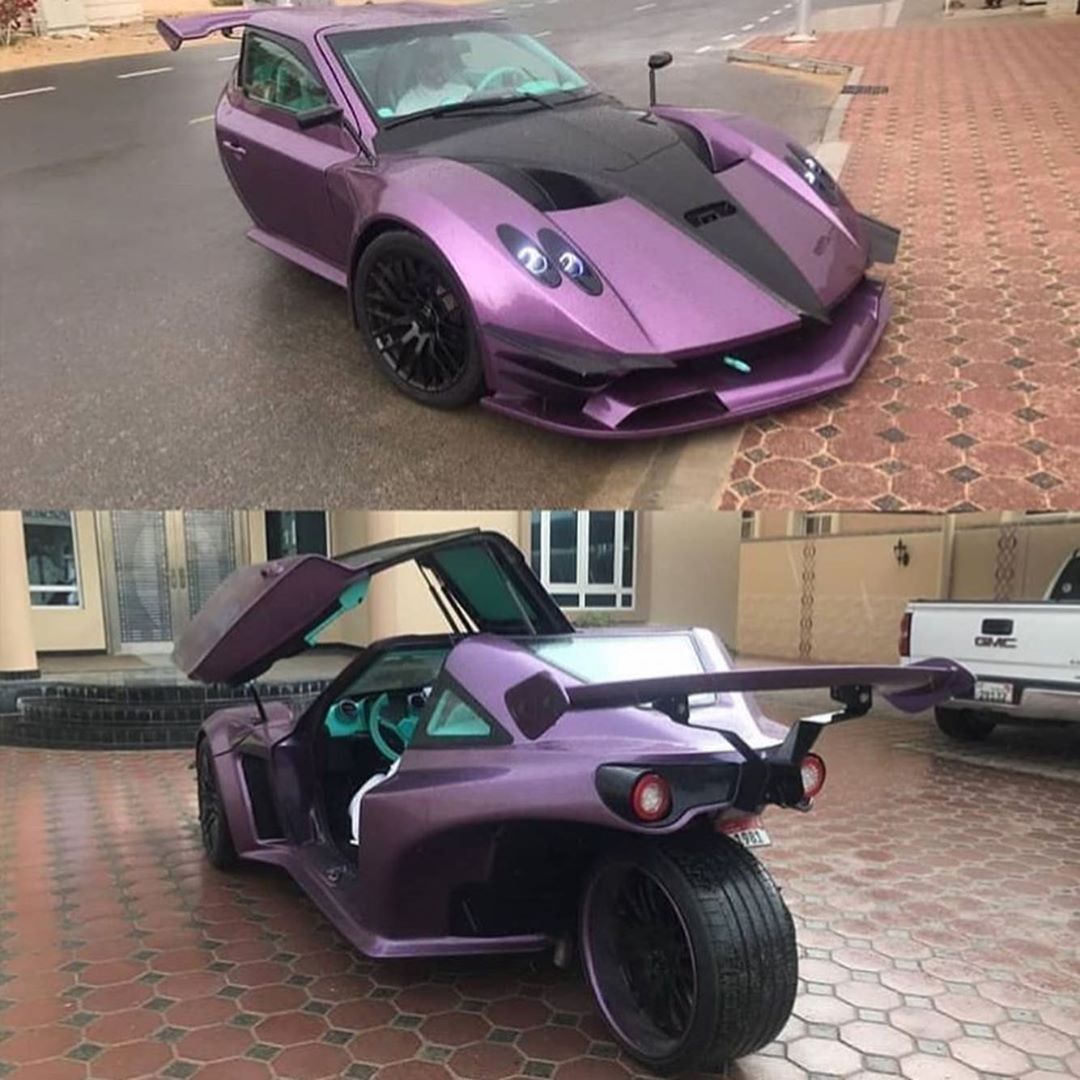 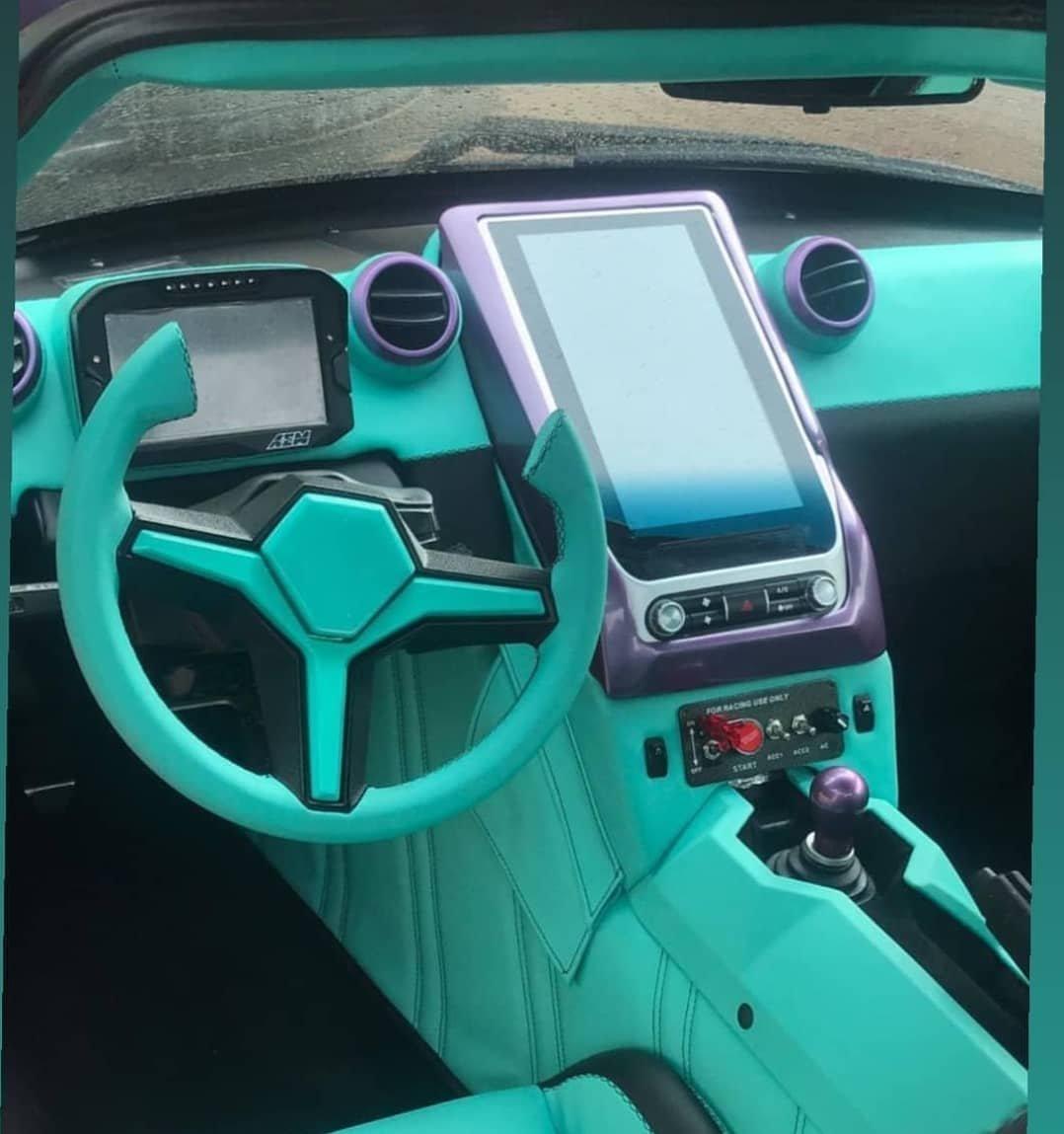