All-new Volkswagen Golf is an evolution outside, revolution inside

volkswagenvwvw golfVW Golf VIII
We will get the GTI and Golf R versions. The car you see here? TBD.

This is the all-new, eighth-generation Volkswagen Golf, and while its world premiere would have received undivided attention in the past, the Golf must now share its fame. That's because VW almost simultaneously launched the ID.3, the electric car of Golf-like format that the company believes will take a decisive leap into electric mobility.

But the ID.3 is tardy: Launched static at the Frankfurt auto show, it won't come to dealers before the second half of 2020. By contrast, this new 2020 Golf will hit European dealers in significant numbers before the end of 2019.

Stylistically, the new Golf represents an evolutionary approach. In fact, its dimensions have hardly changed: it is just slightly stretched and slightly lower than its predecessor, and its drag coefficient drops to below 0.28. The round front end is accentuated by a slim headlamp-grille combination that looks quite futuristic — and sets itself apart from the aggressive grille openings sported by many a competitor.

The side mirrors look sporty, and Ferdinand Piëch would have taken pride in the precision joints and gaps. Less impressive is the convoluted chrome strip on the rear that surrounds an imaginary twin-flow exhaust, as well as the new "Volkswagen" text on the B-pillar. Aren't the VW badges enough? Even if they have been subtly redesigned?

VW has killed the two-door Golf for good, and a return of the convertible is beyond hope. We do expect to see another wagon and Alltrack version for Europe, but their sale in the United States is doubtful. In fact, a Volkswagen sportsperson tells Autoblog that only the GTI and Golf R have been confirmed for North America, while the regular Golf is "still under consideration." Here's hoping that consideration ends with a decision of "yes." If it does, we'd likely see it at the end of next year as a 2021 model.

Inside the new Golf, the analog world is gone and the changes are indeed far more radical inside than on the outside. There are no classic instruments here. Even in basic trim, large TFT screens in front of the driver sport a fully digital display. There is an optional "Innovision" cockpit that offers considerably more functions. In terms of infotainment, you can move digital tiles on the central screen; simple buttons and rotary switches make way for soft digital sliders, and optional voice control. A full head-up display completes the beautiful digital world.

In Europe, the ultra-high-end Dynaudio sound system has been purged from the order forms. It is replaced by a Harman Kardon-branded unit. The U.S. models, should they appear, seem likely to stay with Fender.

On the European model, there are a variety of assistance systems that monitor the driver and take corrective action as they deem necessary. Wolfsburg even aims to get rid of the key and replace it with a smartphone app. The "We Connect Plus" app allows the driver to access numerous functions remotely. Moreover, nosy Alexa is ready to satisfy the driver's curiosity — and its own.

On a very positive note, you can still row through the gears yourself. In fact, Volkswagen has developed an entirely new, low-friction six-speed manual that reduces fuel consumption significantly. Above that, there are seven-speed dual-clutch automatics.

In Europe, the engine lineup remains diverse; With diesel, gas, hybrid and natural gas powertrains, the new Golf stays in the golden path of technological variety. There are 1.0-liter three-cylinder gas (TSI) engines with 90 and 110 horsepower, as well as 1.5-liter four-cylinder TSI units with 130 and 150 horsepower, fitted with cylinder deactivation and optional 48-volt mild hybridization. The 1.6 TDI engines are gone, but there are two ultra-efficient and extremely clean 2.0-liter TDI engines with 115 and 150 hp. Down the road, there will be a GTD with a TDI that makes around 200 horsepower, a GTI with around 240 horsepower and the Golf R with around 330 horsepower. In addition, there will be two plug-in hybrids with 204 or 245 horsepower, and even a TGI version that runs on natural gas. All-wheel drive will be offered as well.

The leap into the eighth generation seems a success, and many of the Golf's features, at least in Europe, could come straight from the luxury class. The question remains whether Volkswagen has met or surpassed the needs of its customers, and whether some will live in the United States. At the very least, this is our first look at what to expect from the next-generation VW GTI and Golf R. 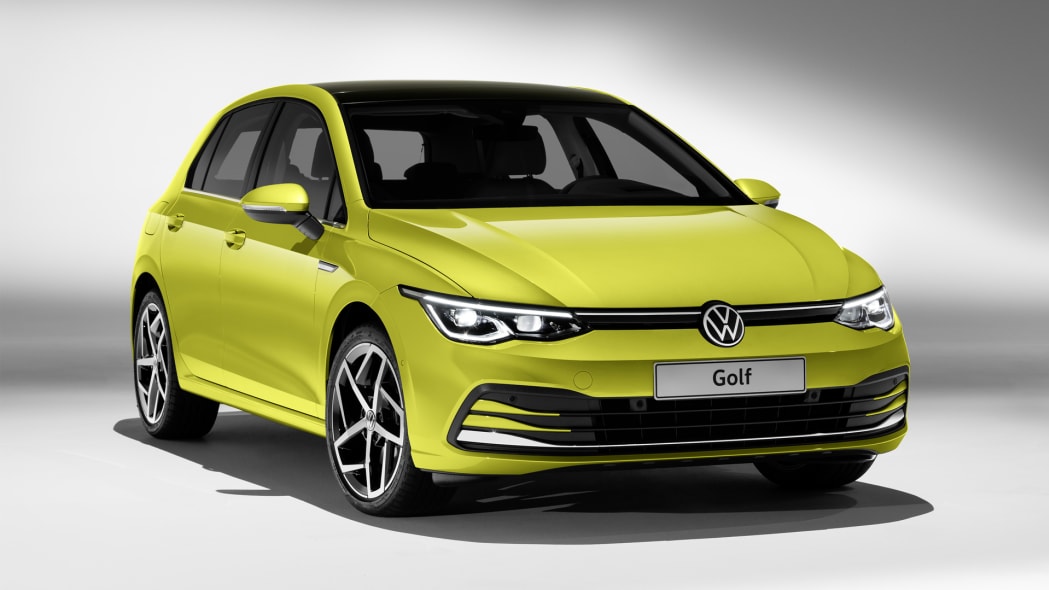 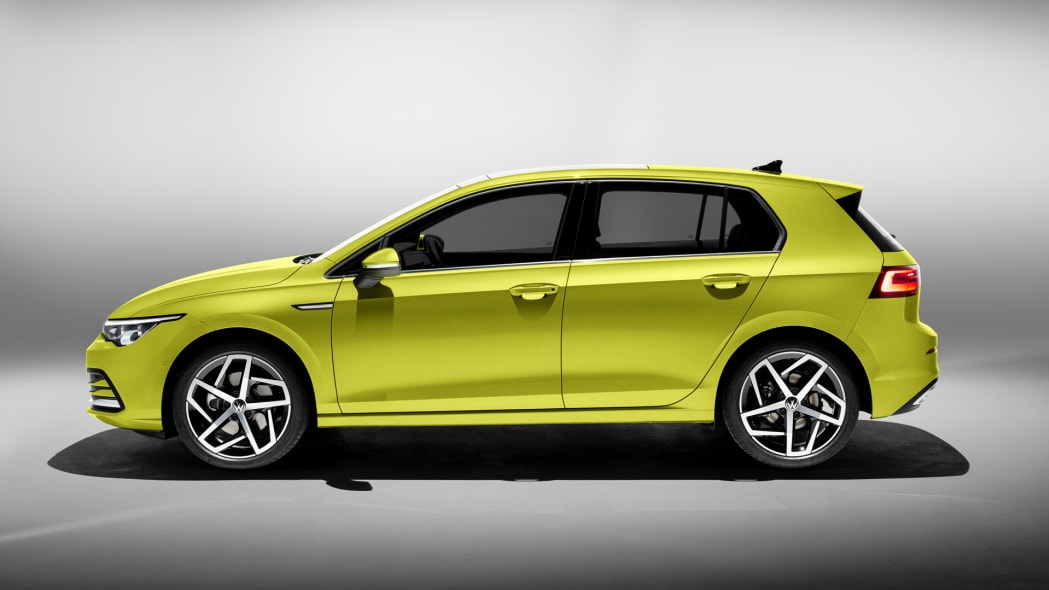 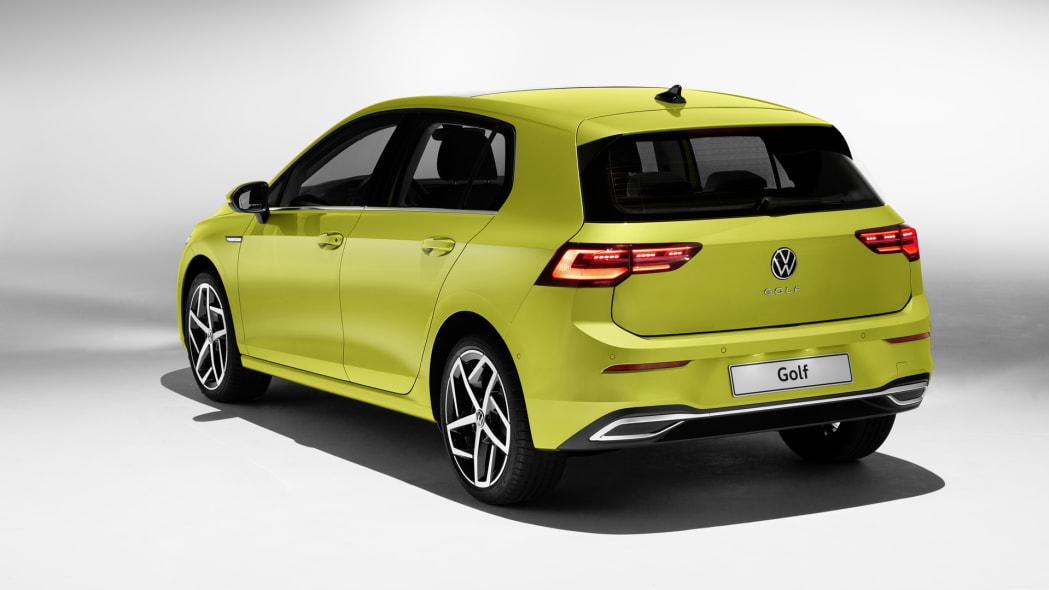