Anything Can Be A Track Car, Including This Slammed Hummer H1

People want to go fast, and yes, that includes fans of the larger-than-life Hummer H1. Originally developed for the United States military back in the early 1980s, the Humvee entered civilian life in the 1990s and became the uber-macho off-roader of the world. The only time this particular H1 goes off-road, however, is when the driver misses an apex.

This one-off build is the product of Mil-Spec Automotive, and if it looks familiar, it's because we covered this mental machine almost a year ago. Mil-Spec sent us some awesome high-resolution photos showing the low-and-lean Hummer, but we're revisiting the crazy creation to see it in-action thanks to Seen Through Glass on YouTube. The YouTuber recently visited Mil-Spec's home town of Detroit, and the slammed Humvee hit the streets to prove it's not just a showpiece.

To refresh your memory, this is a legit Hummer H1 that was actually a former military vehicle. The body and chassis beneath are Hummer to the core, though the suspension is significantly reworked. It has a custom coilover kit that drops the SUV a full seven inches compared to a standard H1, and though all four wheels still handle power, a trick differential can direct thrust rearward to win drift battles.

Under the hood is a turbocharged Duramax diesel making 800 horsepower thanks to no less than 40 pounds of boost. It's managed by a beefy Allison six-speed automatic transmission, and though it weighs the better part of three tons, it's still rather quick. Mil-Spec doesn't offer specific performance stats, but that's why we're covering this video.

Sadly, the action doesn't see the track Hummer at an actual track, but it looks surprisingly easy to drive on the street and when the accelerator is exercised, this beast has no problem spinning all four of those big Pirelli tires. Admittedly, it does tend to roll a bit of coal with the taps opened, but at least it's the result of excessive horsepower as opposed to excessive douchbaggery.

A year ago, Mil-Spec told us there were no plans to build customer versions of its track Hummer and unfortunately for us mere mortals, that's still the case. We'd love to toss this monster through corners simply for the sheer outrageousness of it all, but for now, we'll have to settle for the brief on-road adventure featured here. 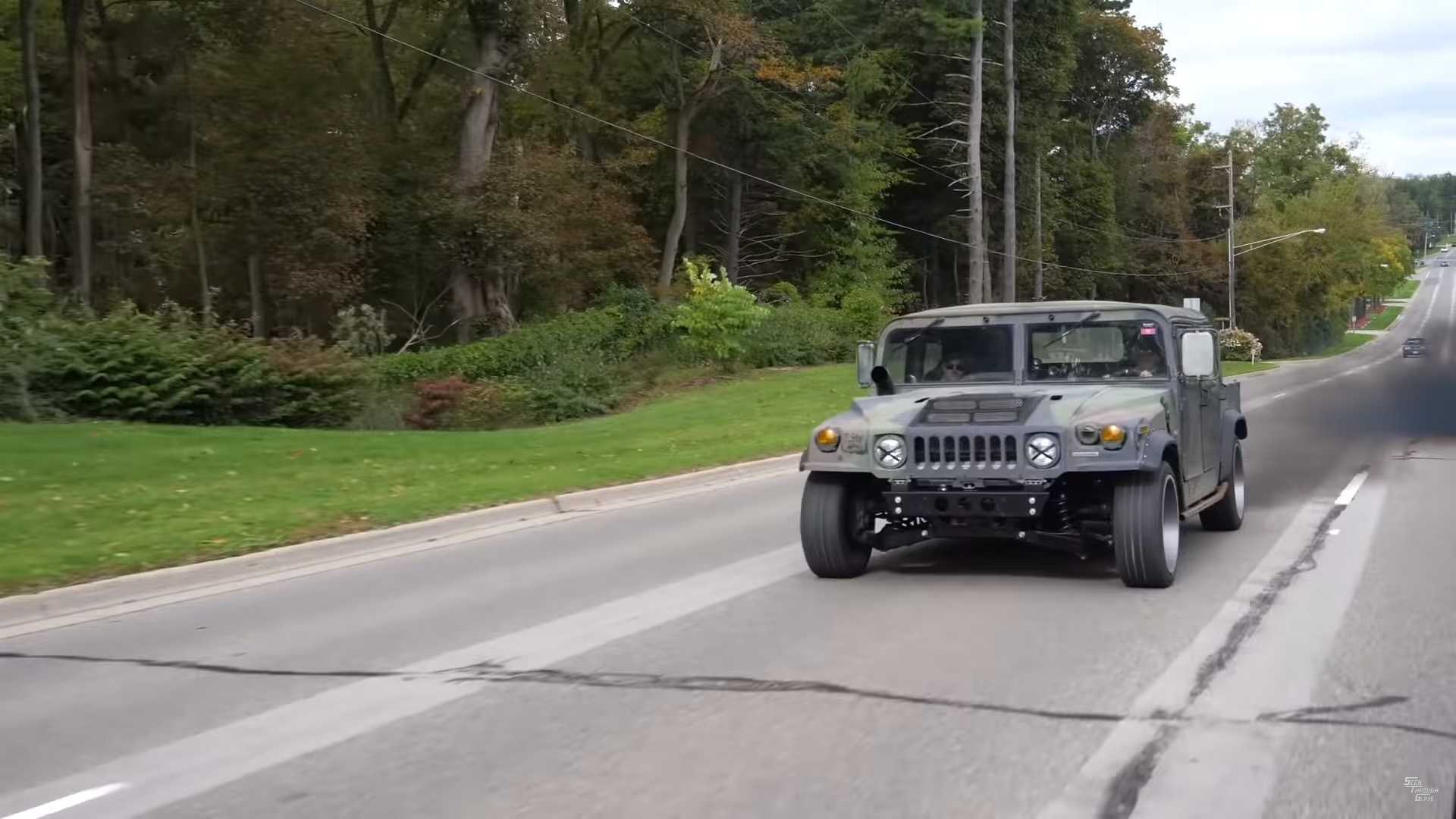 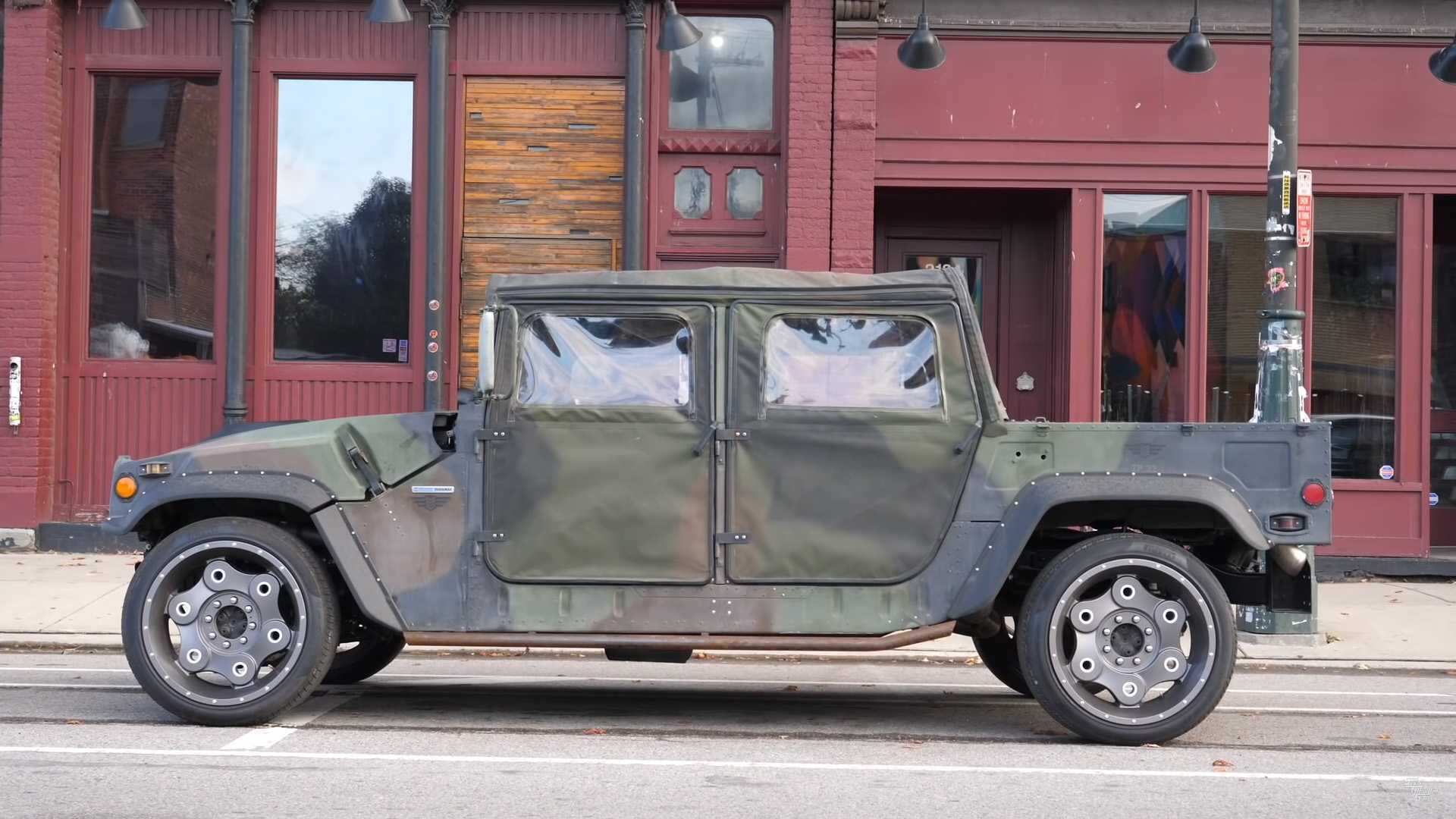