It has autonomous capability and drone headlights that fly recon

The latest in Audi's AI line of concepts is here, and it's arguably the most outlandish. It's also one of the cooler iterations, and it goes by the name of Audi AI:Trail Quattro.

It's not a great name, but it tells you exactly what its goal is, as does the exterior. What immediately stands out are the Wrangler-style flat fenders and chunky tires on enormous 22-inch wheels. Suspended in the middle is a futuristic pod with glass on nearly every surface. This is the off-road buggy of the future.

The AI:Trail should be a capable buggy, too. With the tires pushed to the very edges and without any bumpers covering them up, the approach and departure angles should be excellent. It also boasts 13.4 inches of ground clearance, more than either a Jeep Wrangler Rubicon or a Land Rover Defender. Audi says it will be able to drive through up to 1.6 feet of water. The tires themselves are sort of a blend of conventional pneumatic tires and the Michelin Tweel, and the car can automatically adjust the tire pressure for optimum traction.

Not surprising considering the Quattro part of its name, the AI:Trail features all-wheel drive. It comes courtesy of four electric motors, one for each wheel. This should allow for easy torque vectoring to make sure power goes where there's traction. The AI:Trail also has an impressive 429 horsepower and 738 pound-feet of torque. And with a weight of just 3,858 pounds, which is light for a long-range electric car, it should be a pretty quick buggy, at least up to its 81 mph top speed. On paved roads and mild trails, Audi says it should be able to travel between 248 and 310 miles, and on especially rough and hilly trails, range would drop to about 155 miles.

The AI:Trail's interior is extremely airy thanks to all the glass area, which extends down to where you would expect a grille to be. This should provide great visibility for off-roading, too. The dashboard lacks much in the way of screens, and even relies on your smartphone to provide instrumentation ahead of the steering wheel. There's seating for four with fairly conventional seats in the front, and hammock-style seats in the back. These seats can be removed and used outside. There's storage area in the front and rear, and the front opens up like the rear hatch.

Despite the austere interior, the AI:Trail does have quite a few gizmos, some of which are absurd. Instead of traditional headlights, the AI:Trail has five drones with lights on them that provide lighting. They dock on the roof rack for charging, and they can fly in front of the vehicle to provide forward lighting. Inside, there are flashlights that also have cameras and tripod legs to capture your adventures. And of course, the AI:Trail features Level 4 autonomous driving capability, which means in specific areas, the driver can turn over the whole driving task to the car. Audi says the car will also be able to help keep the car on clearly visible trails off-road, too, and warn of objects that might hit the underside of the car. But full autonomy off road wouldn't be available.

We wouldn't get our hopes up for a production AI:Trail anytime soon. It's a pretty outlandish vehicle in a number of ways, and there isn't really anything in the Audi portfolio that comes close to being a trail vehicle. But it is a neat concept and gives us hope for the future of high-tech electric off-roaders. 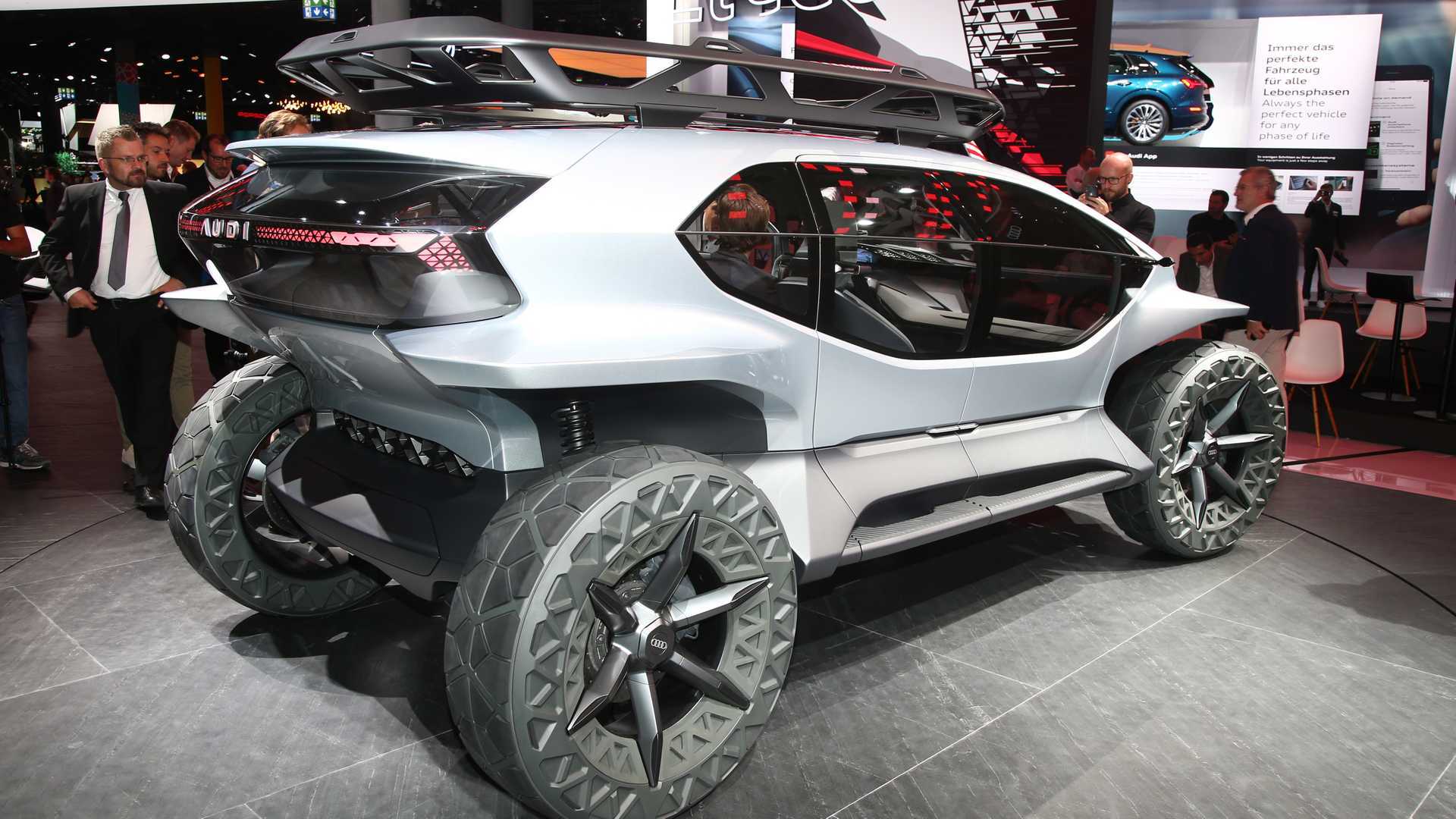 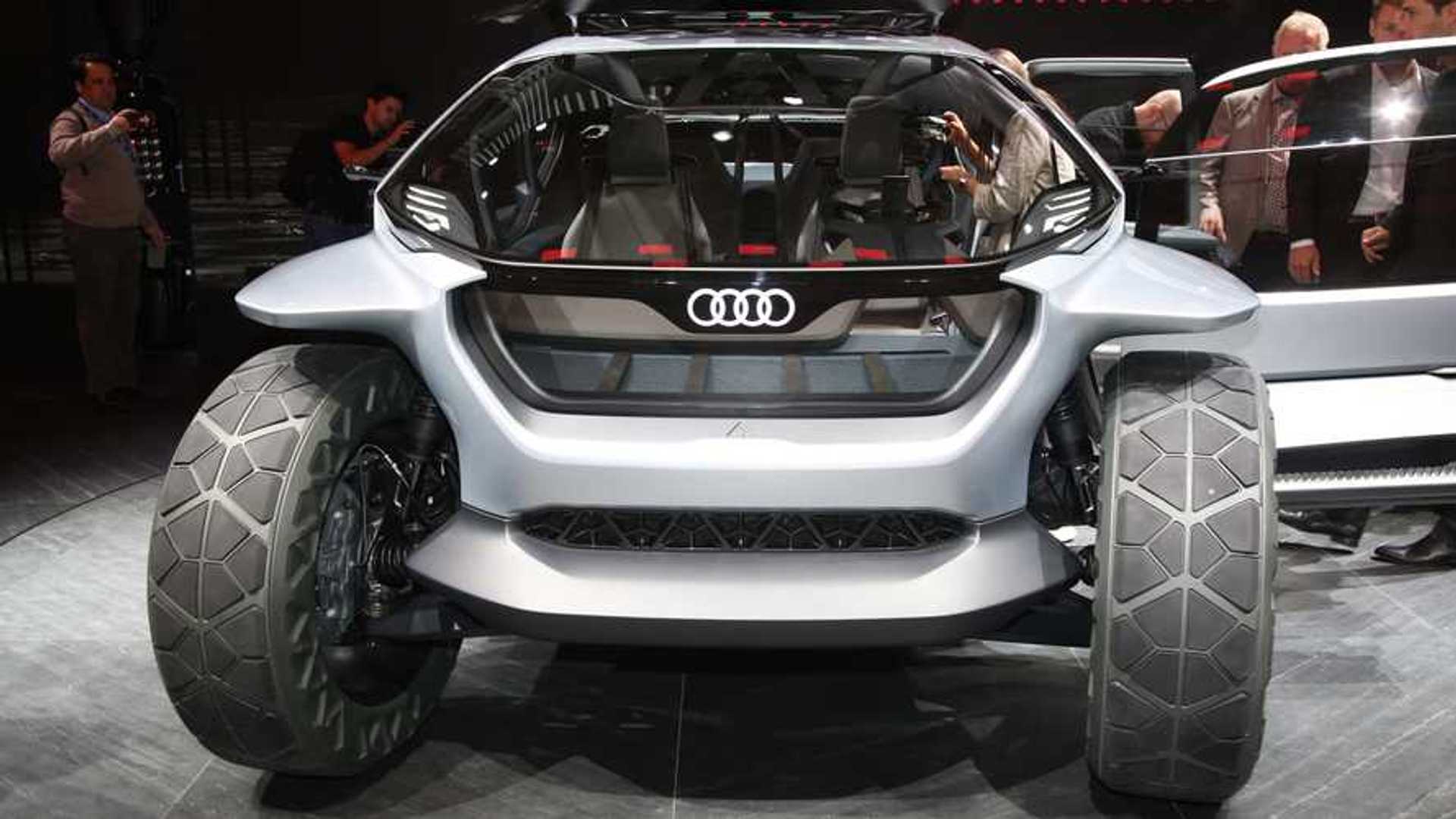 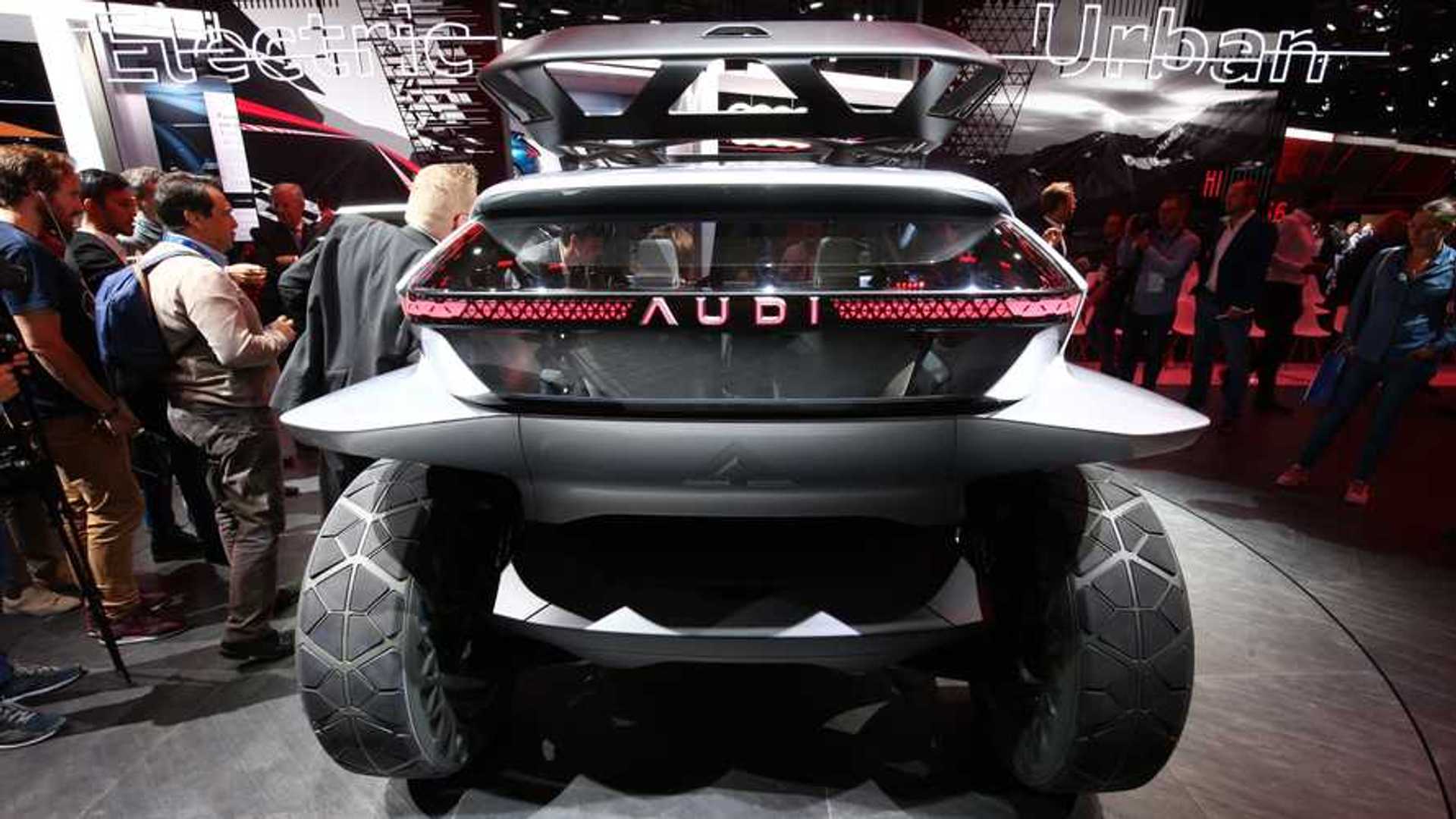 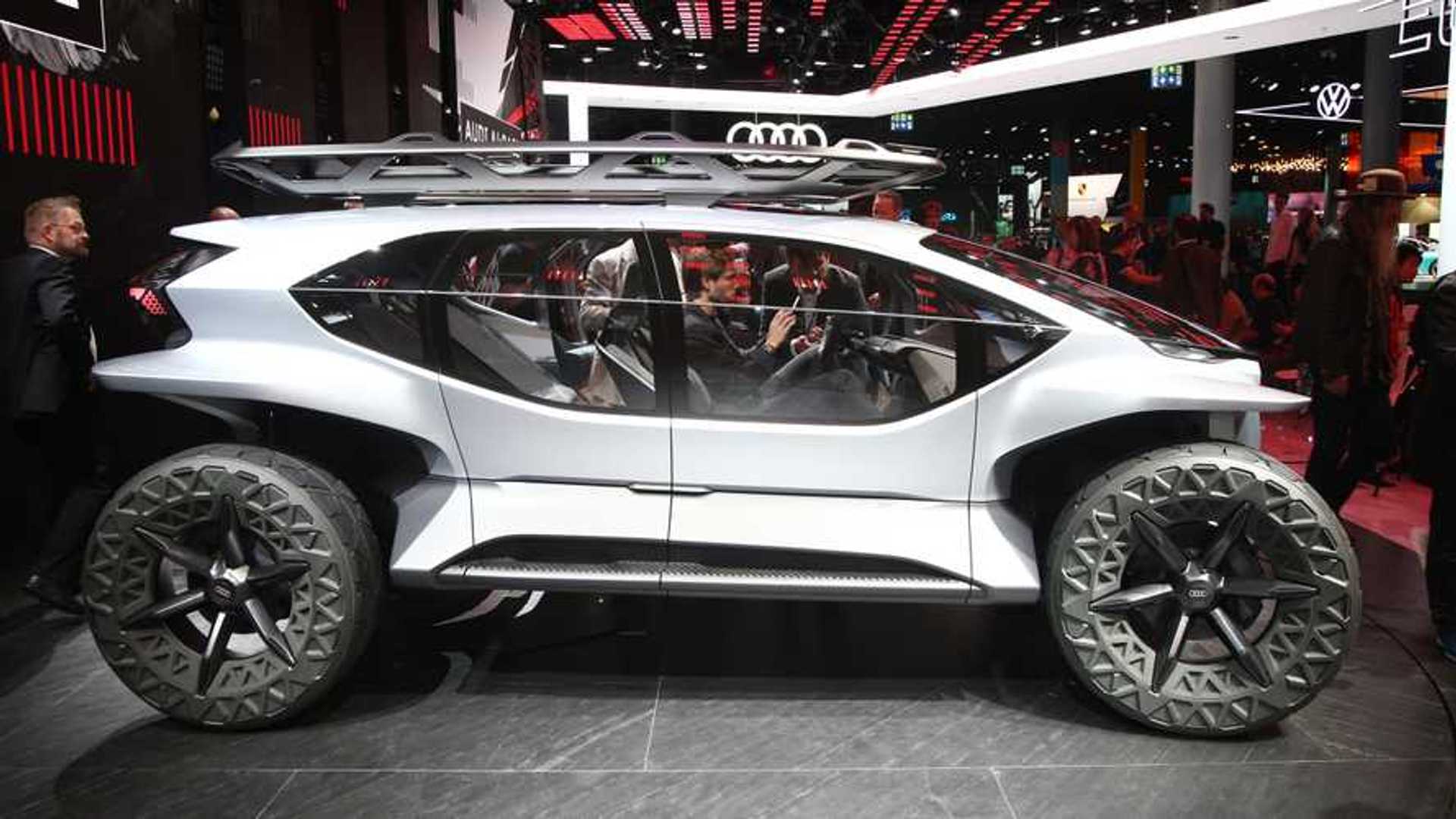 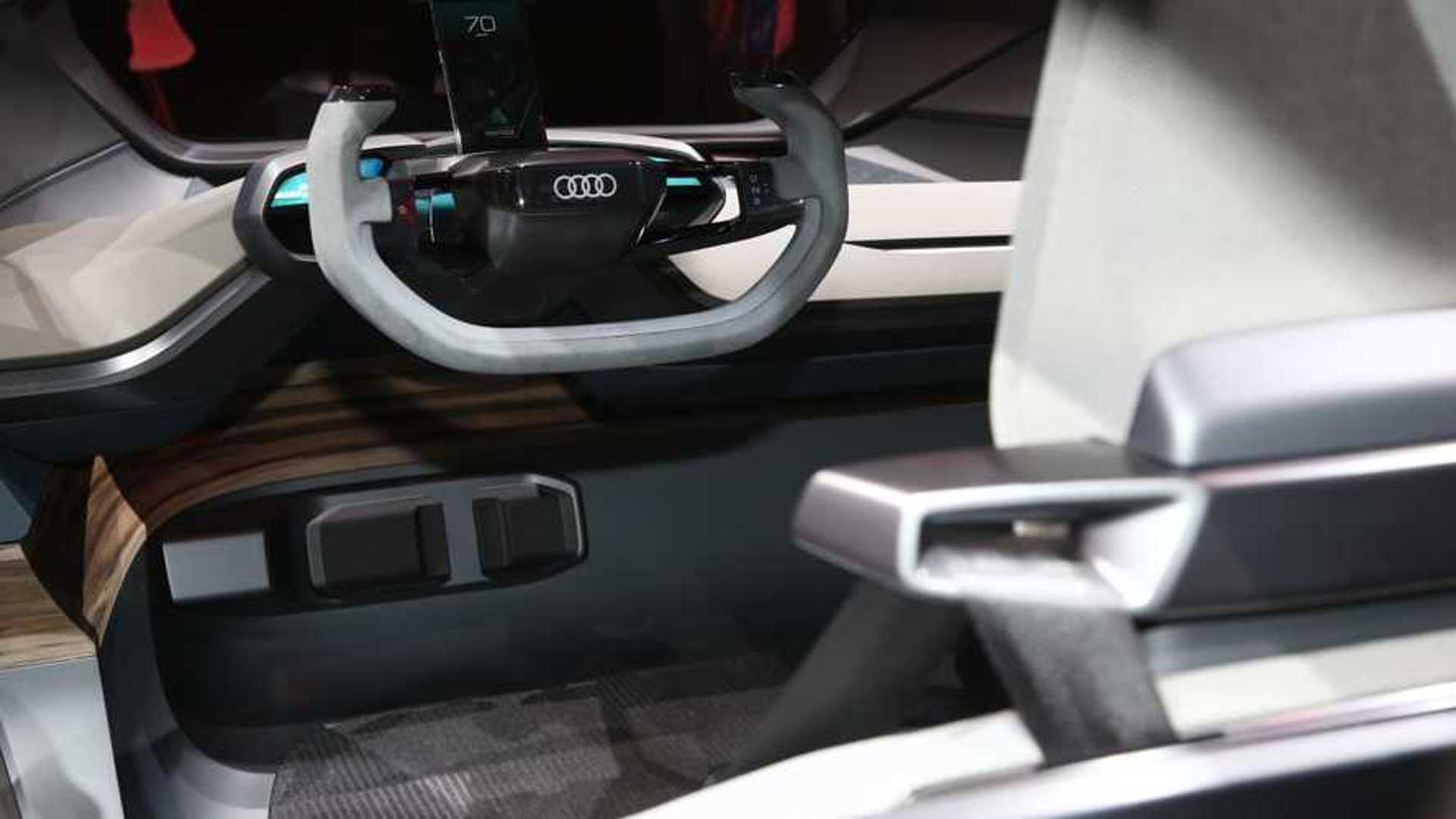 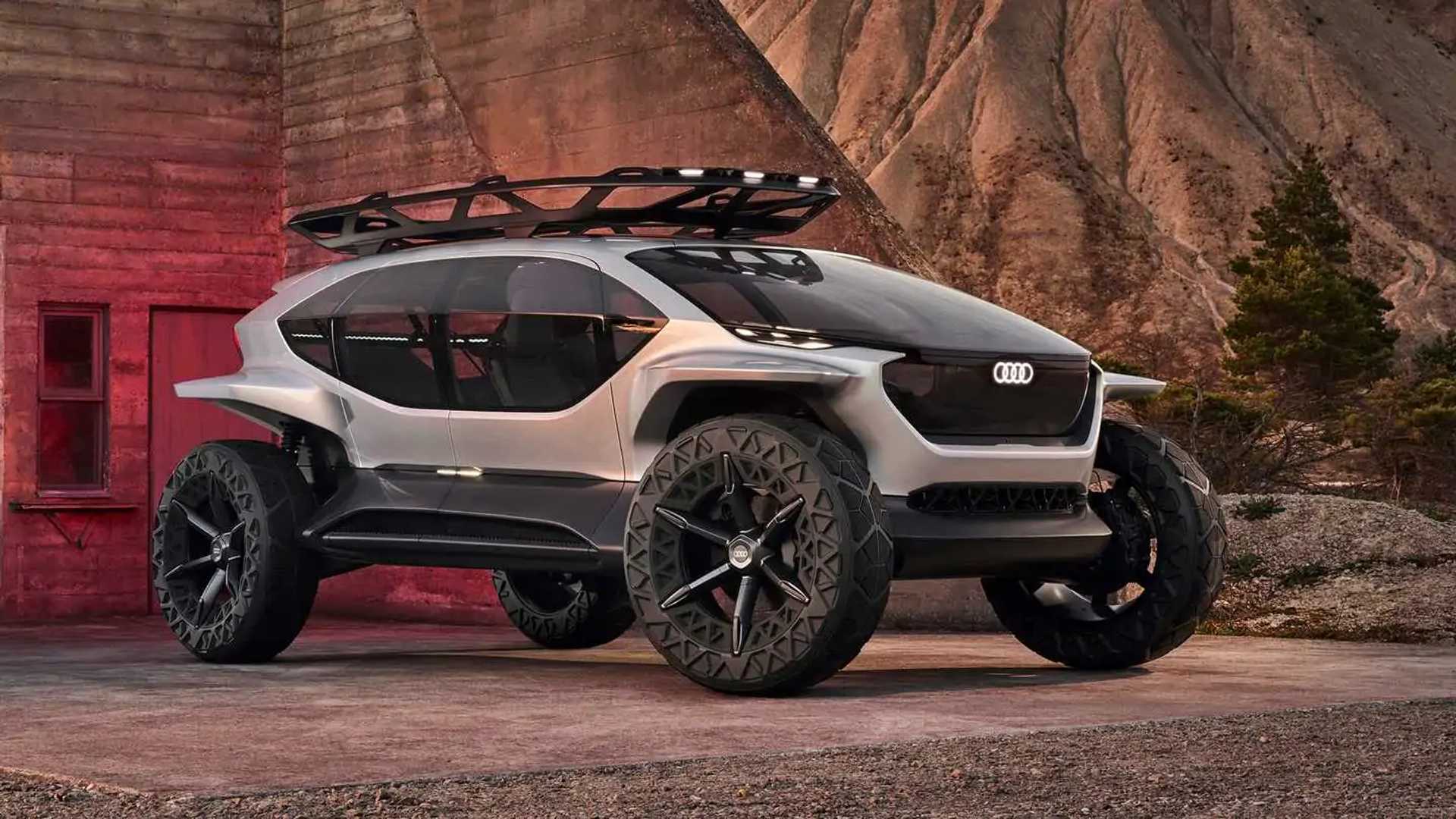 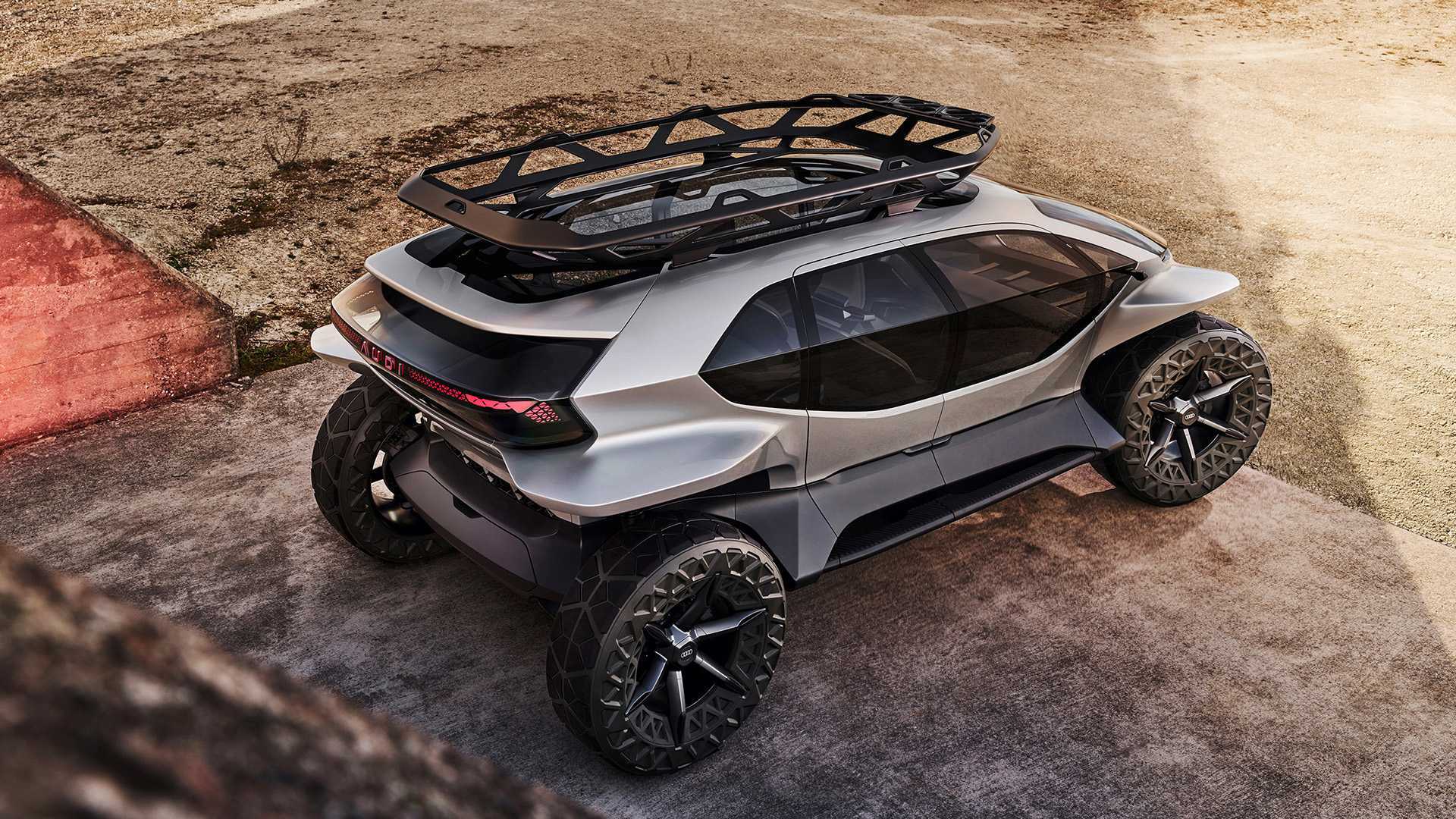 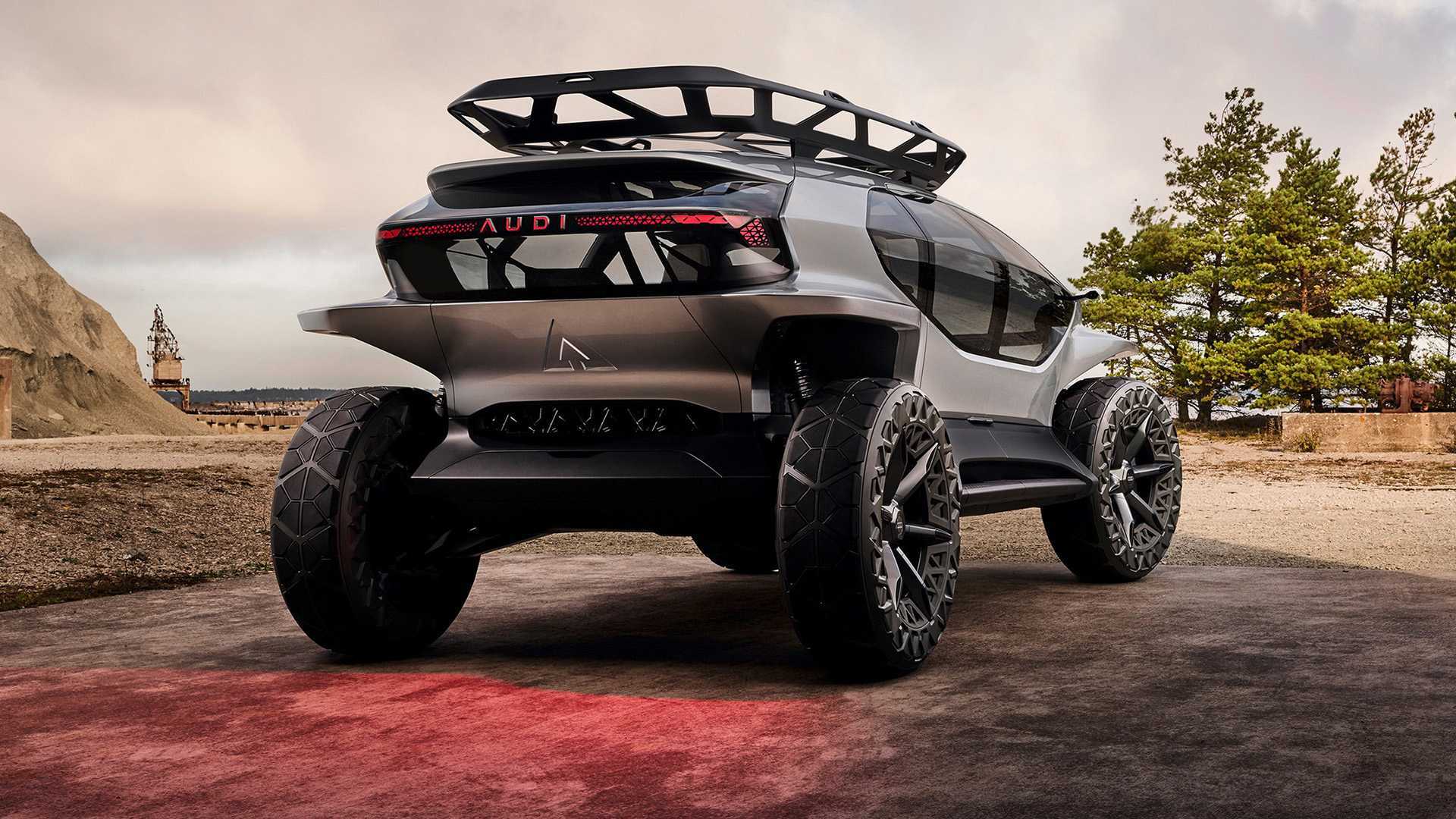