bentleyBentley Bentayga
Bentley did a fantastic job with the Bentayga SUV's mid-life update.

It's got a completely new back end, and you almost never see that on a facelift, especially not for a car that sells just 10,000 units per year.

But, it's always fun to imagine what the Bentayga would have looked like as a completely different car model. Bentley already makes a coupe and a sedan, so you can't go there. A BMW X6 rival would be too obvious, so a luxury van is somehow a natural step.

The Bentley Bentayga is a "new money" kind of car. Just signed that 2-year sports deal? You buy this luxury SUV. Record just went platinum? You buy a Rolls-Royce Cullinan... but that's not the point. None of those people ever want to be seen driving a minivan, but that doesn't mean it would be a total flop.

The Chinese do love a car like that because... they seem to have more class. Toyota makes an extensive minivan called the Alphard, but Lexus got hold of that and turned it into the LM 300h. We've heard that it's got a version with only two seats in the back which sells for almost $200,000. There's even a waiting list for this.

That's a lot of money when you consider we're talking about a van with a 2.5-liter hybrid engine. The Bentayga does much better in that department because it has two legendary powerhouses, the 4.0-liter V8 and its unique W12. Not many people remember this, but there's also a V6 version.

Anyway, the Bentayga van rendering is from wb.artist20, and it doesn't look like your average Toyota Sienna, and that's because of the tall ride of rugged bits. The only van we can think of that's built like that is the Mitsubishi Delica D:5. On the other hand, this also reminds us of the modern Jeep Cab Over/Forward Control, which was one of the first renderings we ever featured from this artist. 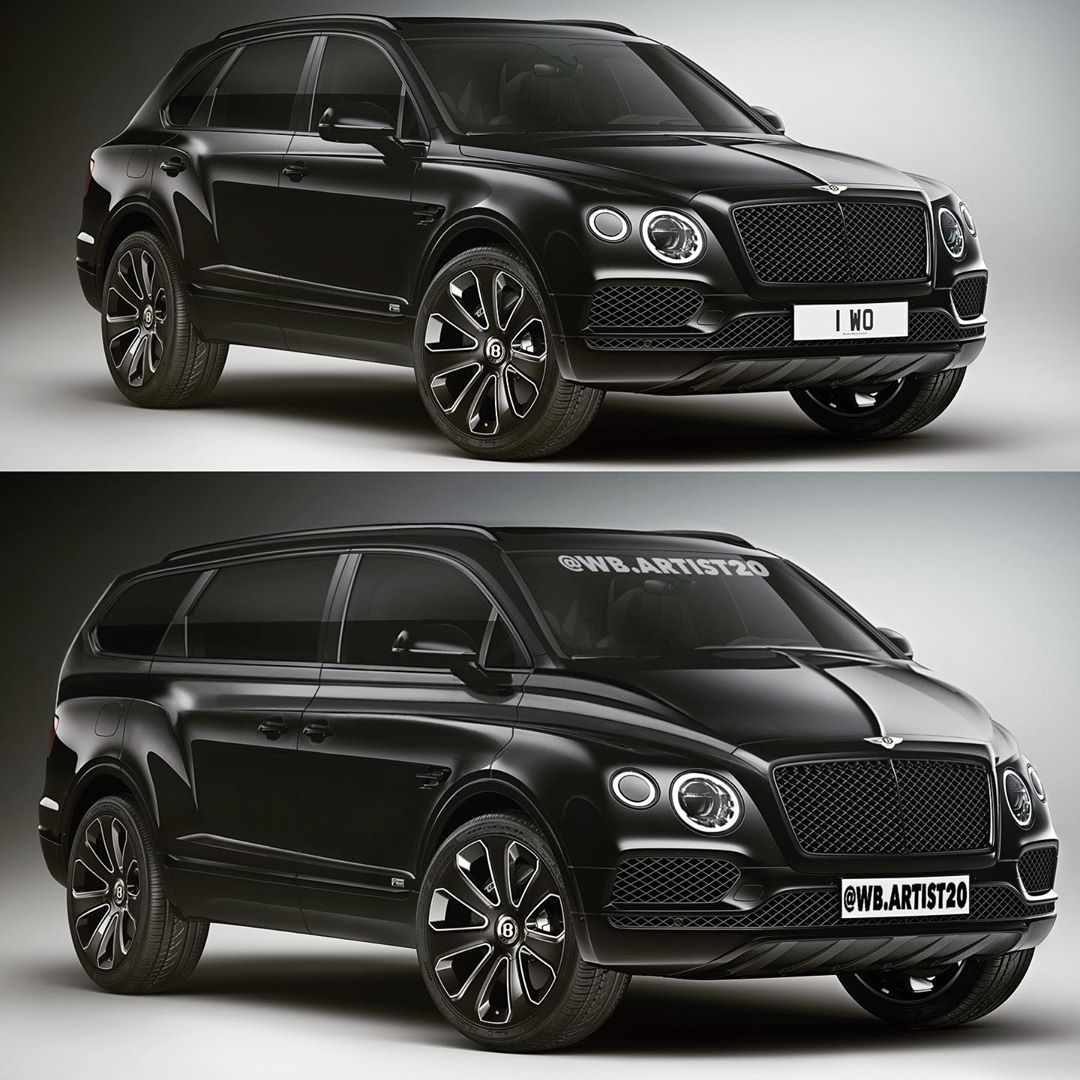