Boaterhome Is A Ludicrous Half Van, Half Boat Contraption The best of both worlds? Sort of.

If you had to choose between a motorhome or a boat, which one would you go for? Why not have both? In the late 1980s, the idea of a Boaterhome was spawned, taking the cab from a Ford E-series van, and merging it seamlessly with a 28-foot boat. On the road, it was just like any other RV, but allowed the opportunity to pull up to a dock and have the rear of the vehicle lower into the water, with the living area instantly becoming a functioning boat.

On this episode of Ridiculous Rides courtesy of the Barcroft Cars channel on YouTube, we take a peek at John Ortlieb's boaterhomes. That's right, plural; he has two as of this writing, with the first being fully functional, and a second being worked on as a project. Apparently, only 21 examples of boatherhomes exist, and John's family has had one ever since they were created.

Getting into to the boat or RV is seamless thanks to a front hatch that allows for full access to the living area. Inside, you have your usual RV creature comforts; a fridge, a kitchen counter, a bathroom, pullout beds which turn into sofas during the day, and even a captain's chair. Well, this is a boat, too, after all. When you're at the helm, you have all the functions of any boat, including some underwater lighting, a retractable ladder in the swimdeck, and a loud foghorn.

John and his family have been around the country with the boaterhome, and it even turns into a party bus (can we call it that? party boat?) on land, available for rent to show off on the Las Vegas Strip. We won't spoil the rest of the video by giving it all away here, so best watch it to learn more about this very unique and awesome hybrid vehicle. Just remember to check your blind spots and line up the boat without smashing into the van portion when docking. 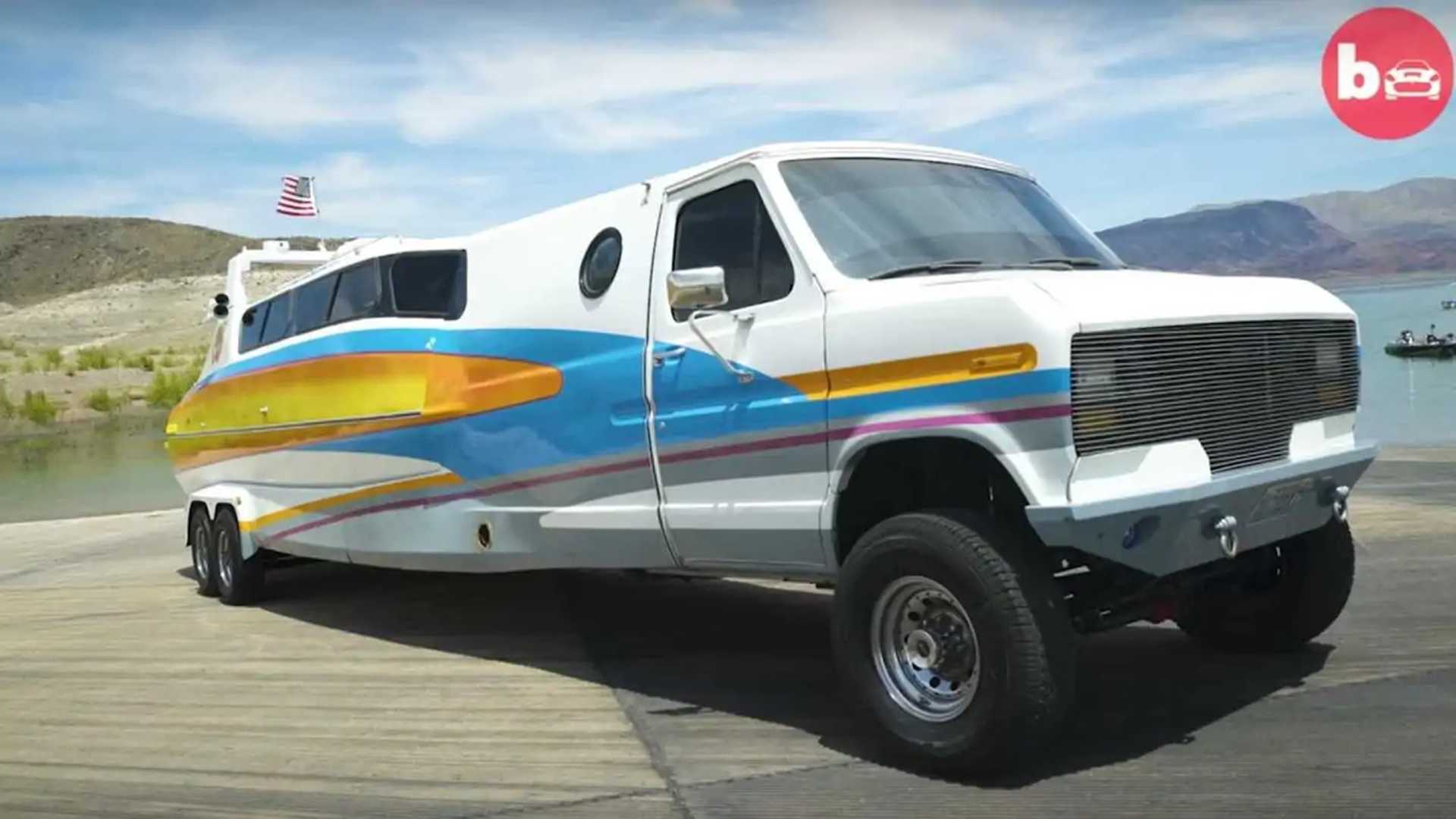 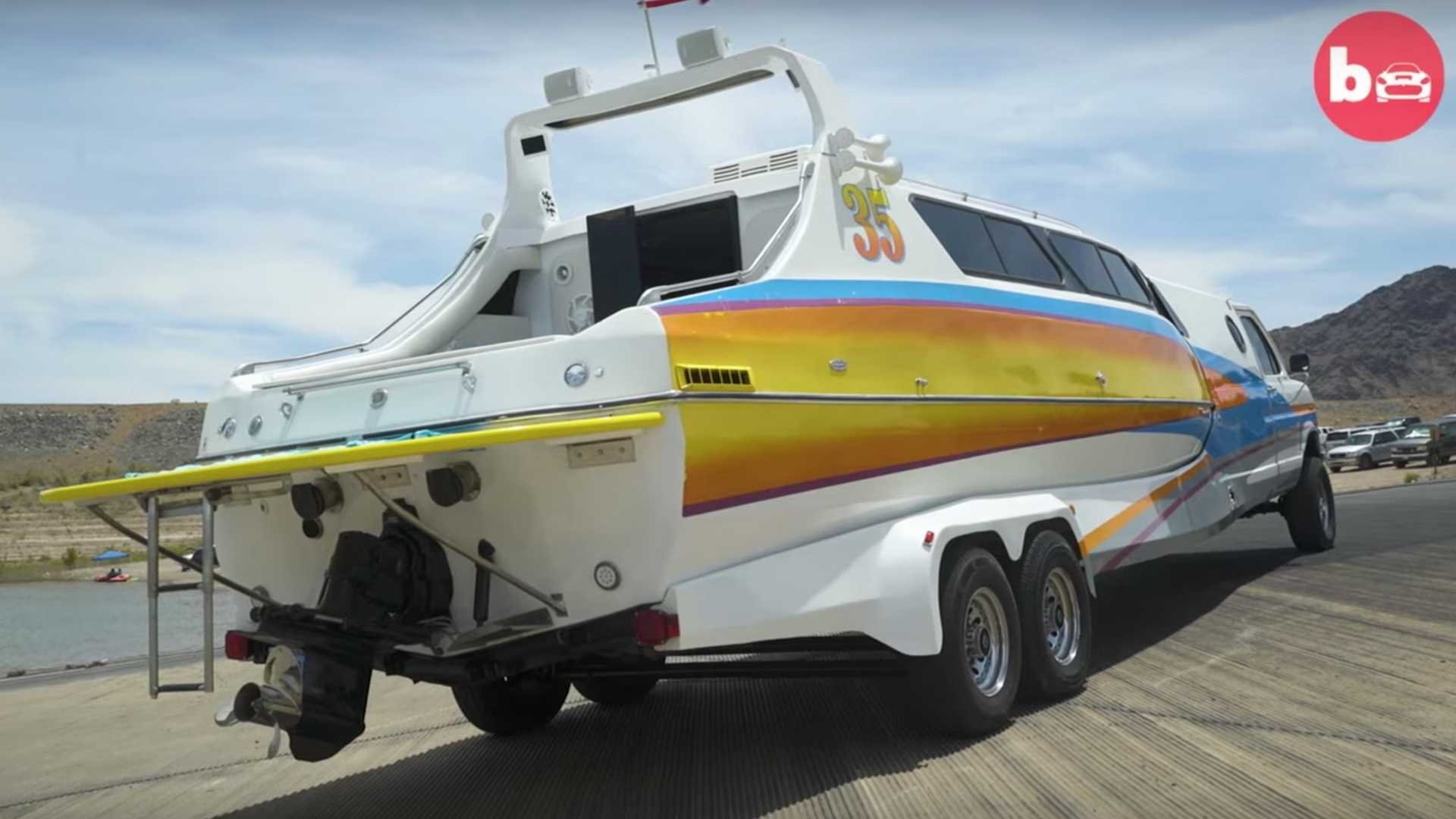 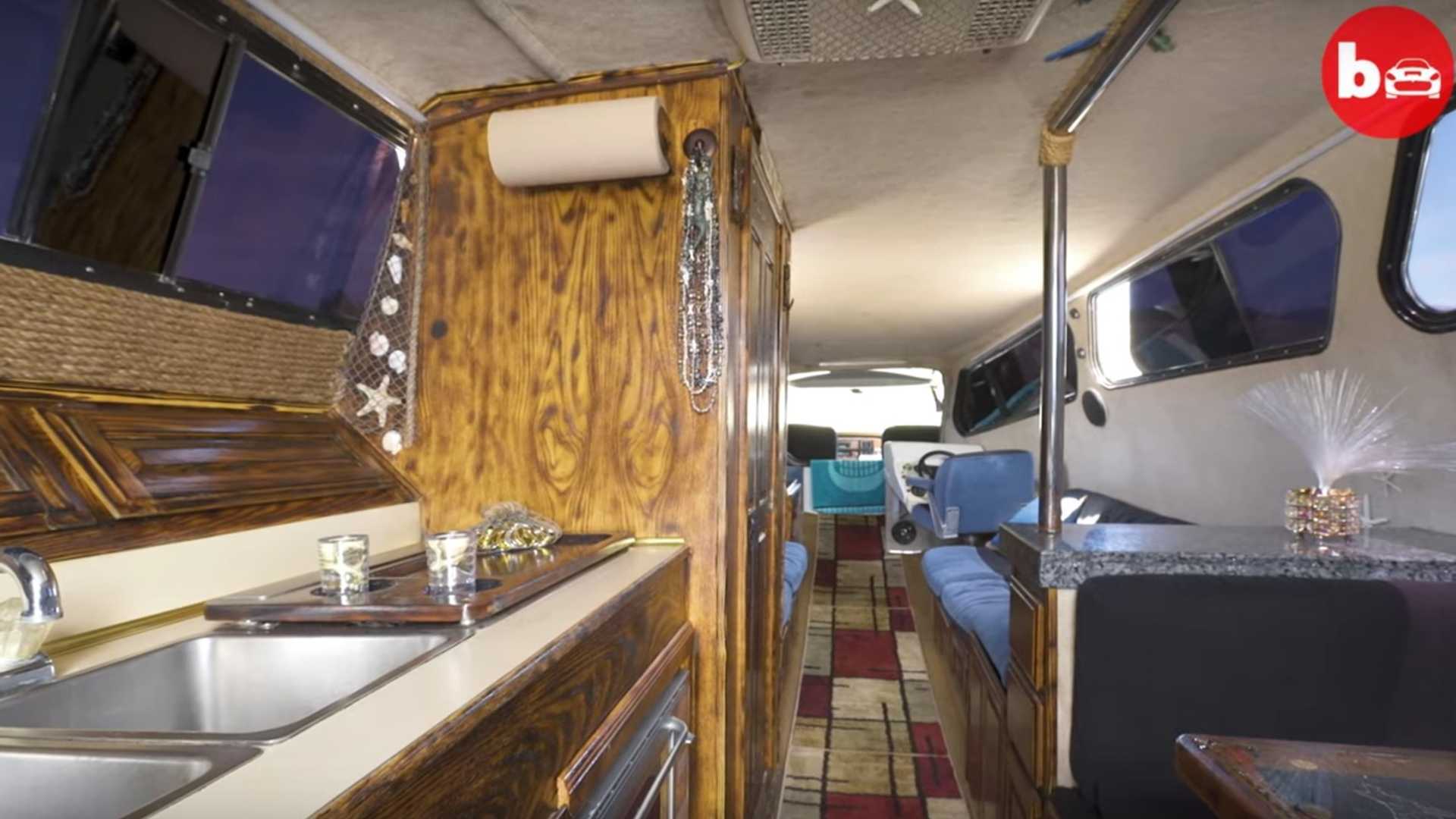