What's the coolest SUV in the world? Lamborghini may have given us the Urus super-SUV, but we're still more impressed with this, the Mercedes-AMG G 63 6x6. And things get even better if some Brabus tuning occurs.

According to the history books, the G 63 6x6 is supposed to cost about $1.5 million, and that's enough to buy half a Bugatti Chiron or a really nice house in any fancy corner of America. But we found one that's a little cheaper.

Hallmann International, a showroom full of the most exotic cars in Germany, has just listed this beast for €800,000 without tax. That means you could potentially buy this and bring it over to America for a little over $900,000.

As you can tell from the Brabus logos, the 6x6 has been heavily modified. The tuner stripped this down and re-painted it in Obsidian Black Metallic. The 18-inch wheels are virtually unique to this model, and you've got a variety of body enhancements. The hood, fender extensions, bumpers, and more have been built from carbon fiber.

Normally, the 5.5-liter twin-turbo AMG V8 in this bad boy is supposed to make about 530 horsepower and 561 lb-ft of torque. However, the Brabus wizards have increased the output to about 690 horsepower. Under road conditions, this monster is supposed to do 62 mph (100 kph) in 7.4 seconds and reaches its full potential at 1100 mph (160 kph). these numbers aren't that impressive, but you have to remember it weighs about 9,000 pounds (up from 5,876 lbs for the old G 63).

The 6x6 wasn't built for outright speed, though. This ultimate zombie survival machine has portal axles, allowing it to traverse 3-foot-deep water without a problem. Its numerous locking differentials ensure traction under any conditions and it can also manage the pressure in each tire.

The G 63 AMG 6×6 was launched in early 2013. Two years later, Mercedes announced the end of production as a way to conserve exclusivity. We don't know how many were made, but it's probably around 100 to 150 units. 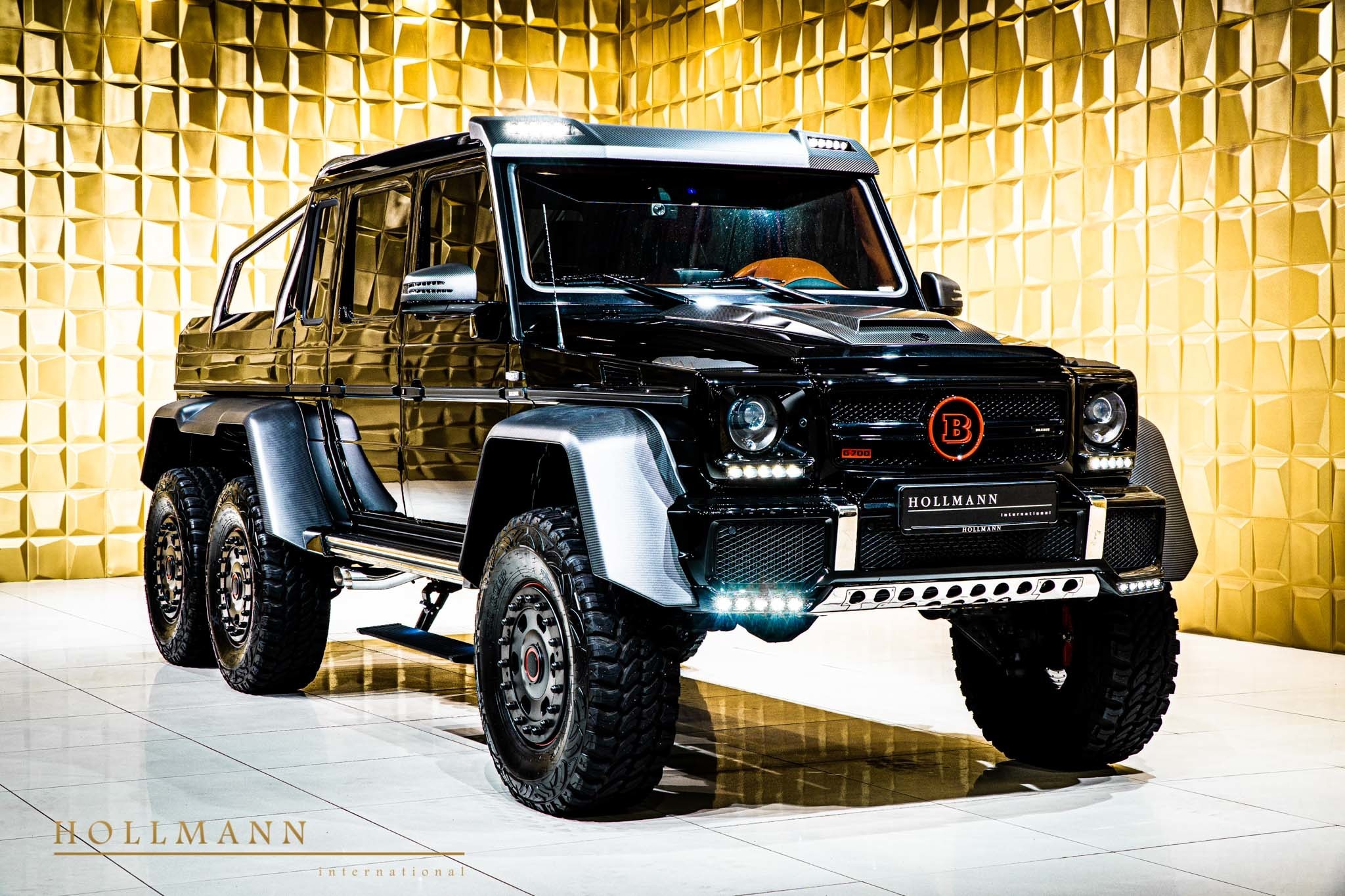 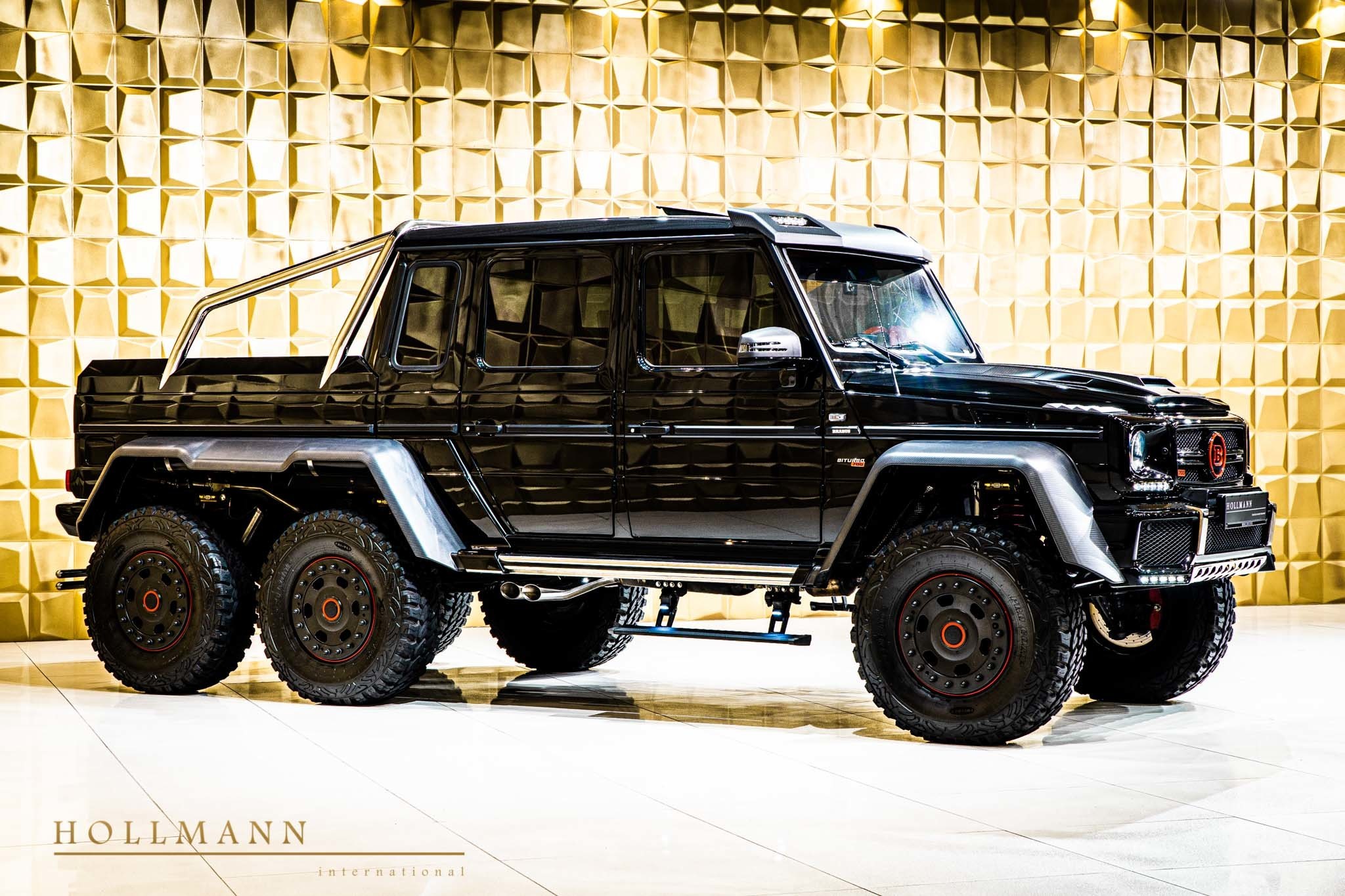 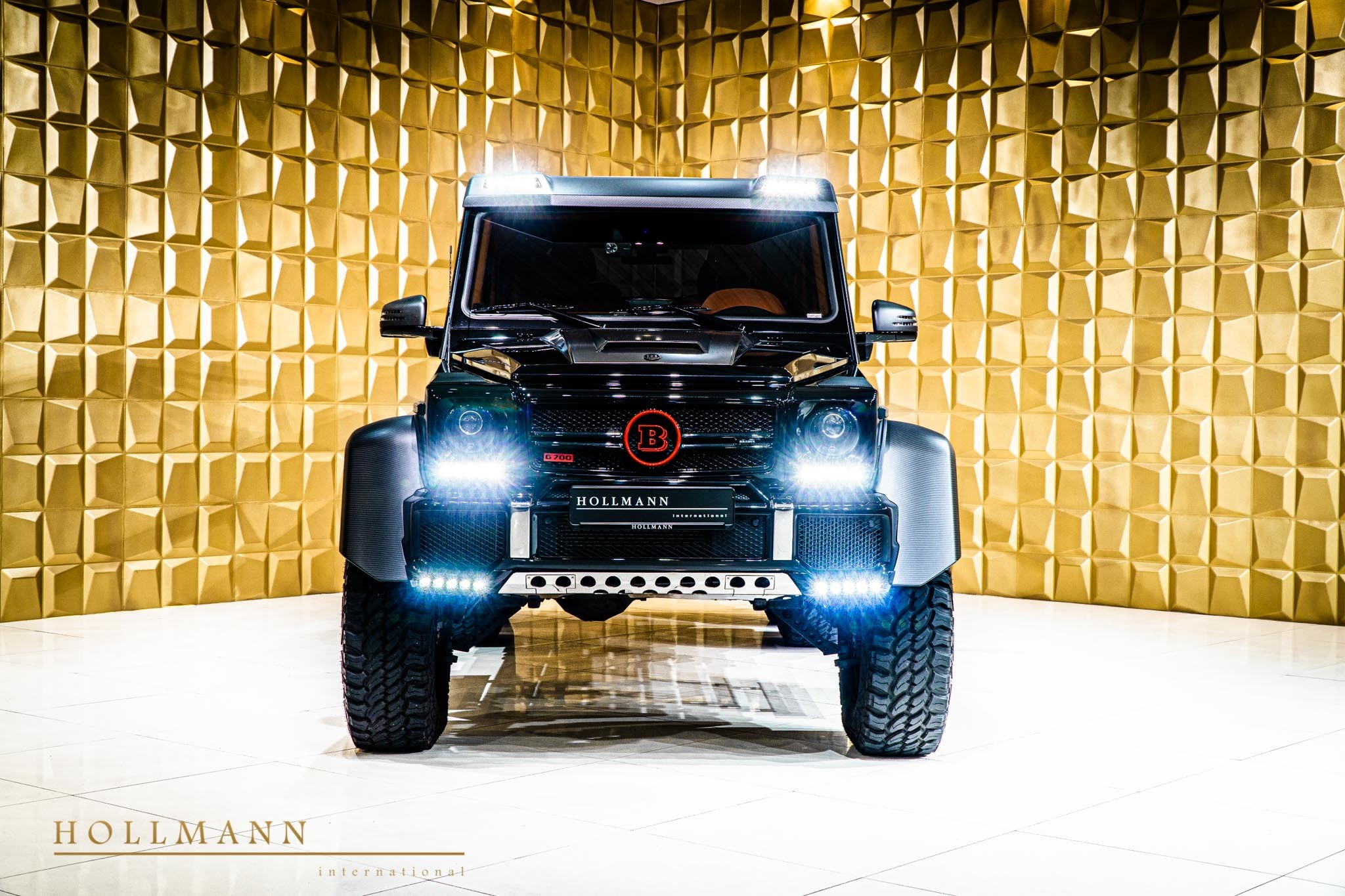 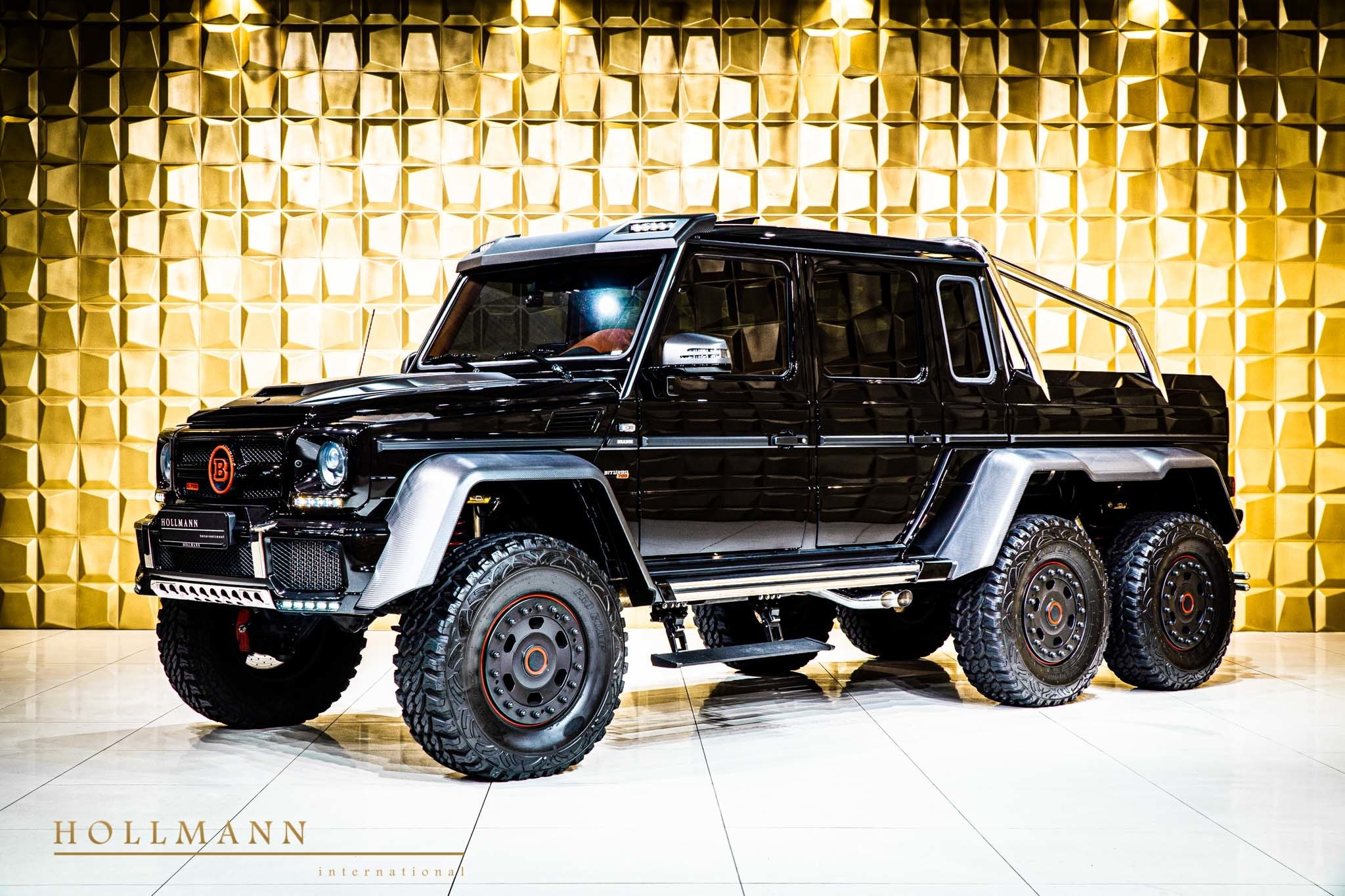 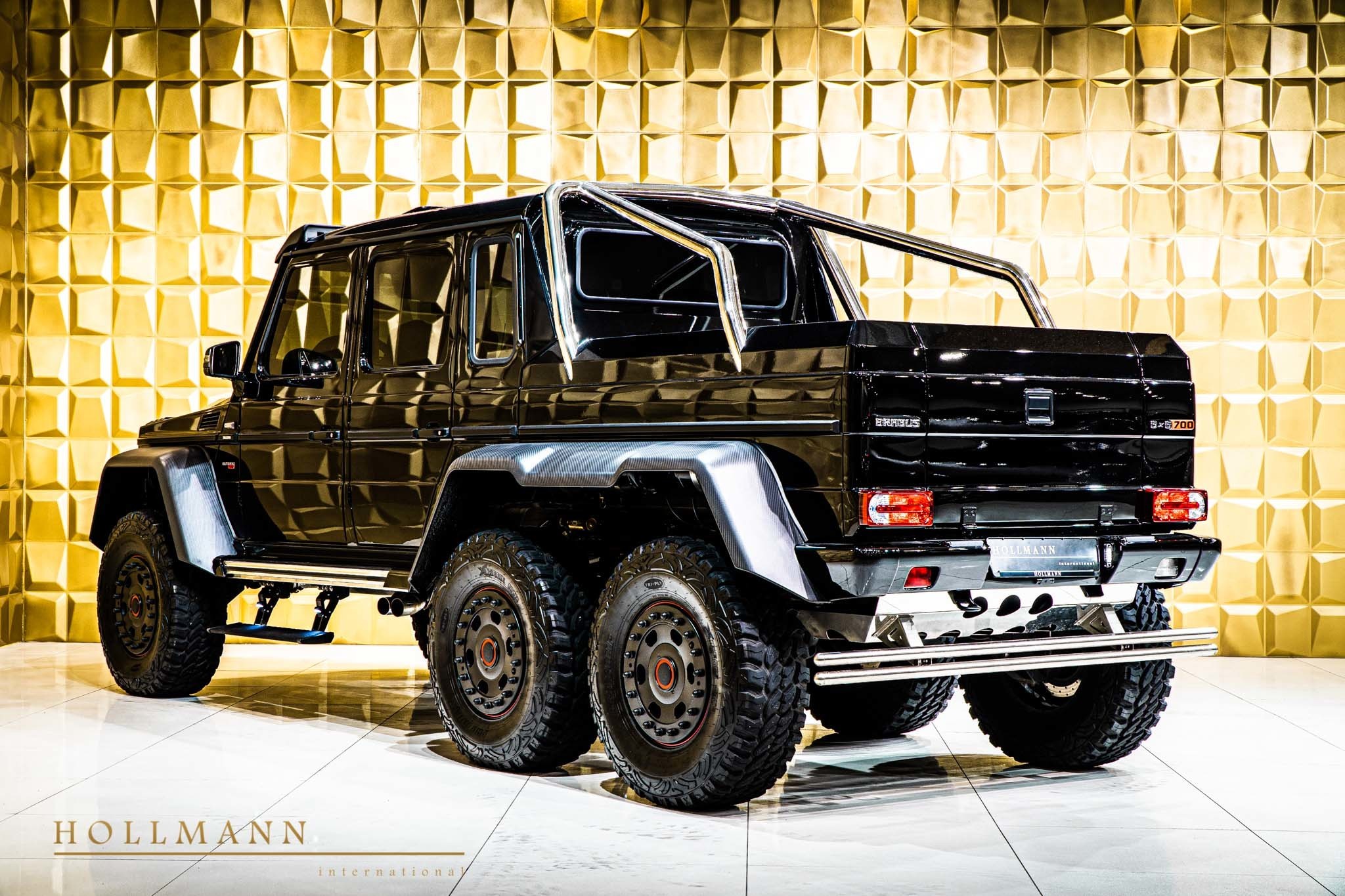