A scooter for everyone.

From fire-breathing superbikes to everyday adventurers to practical-minded commuters, Honda's current model lineup provides a wide range of people what they want. Will the updated 2021 Honda SH350i and PCX125 succeed in doing the same? Let's take a peek.

The all-new SH350i packs a displacement punch beyond the outgoing SH300i model. It boasts Honda's 350cc eSP+ engine—and if you're not familiar, there's nothing psychic about it. OEMs love their acronyms, and Honda is no different.

The eSP designation stands for "Enhanced Smart Power," which combines several Honda technologies to make for a more seamless, flowing rider experience. The most immediately noticeable ones for riders include the Honda ACG starter, which avoids any startup jolts or gear-meshing noises. It also allows the Idling Stop System to function—helping you reduce emissions and also save on fuel consumption. Another part is Honda's programmed fuel injection (PGM-FI), which is Team Red's proprietary digital system that's been in use since the early '80s. Deeper down, eSP also makes use of Honda engine design qualities that reduce friction in moving parts, and also improve combustion inside a more compact chamber.

For those awaiting the update of one of Honda's most popular scooters in the world, the 2021 PCX125 also features an eSP+ engine. New for 2021 is the addition of HSTC, as well as a complete styling makeover that includes an LED headlight. Team Red also lightened up the frame to bring you a more lightweight scooter. At the same time, it bumped up the practicality by increasing the underseat storage area to 30.4 liters—a 2.4-liter gain over the previous version. A USB charging port also comes standard on the new PCX125.

Neither of these specific scoots is likely to show its face in the U.S., although Honda does offer a small selection of scooters here. However, the PCX125 has a massive following all over Asia and Europe alike, and the newly-embiggened SH350i offers a solid step up for riders wanting a more powerful scoot. There's a pretty significant gap between smaller scoots and maxis, and the SH350i is happy to sit in that range. 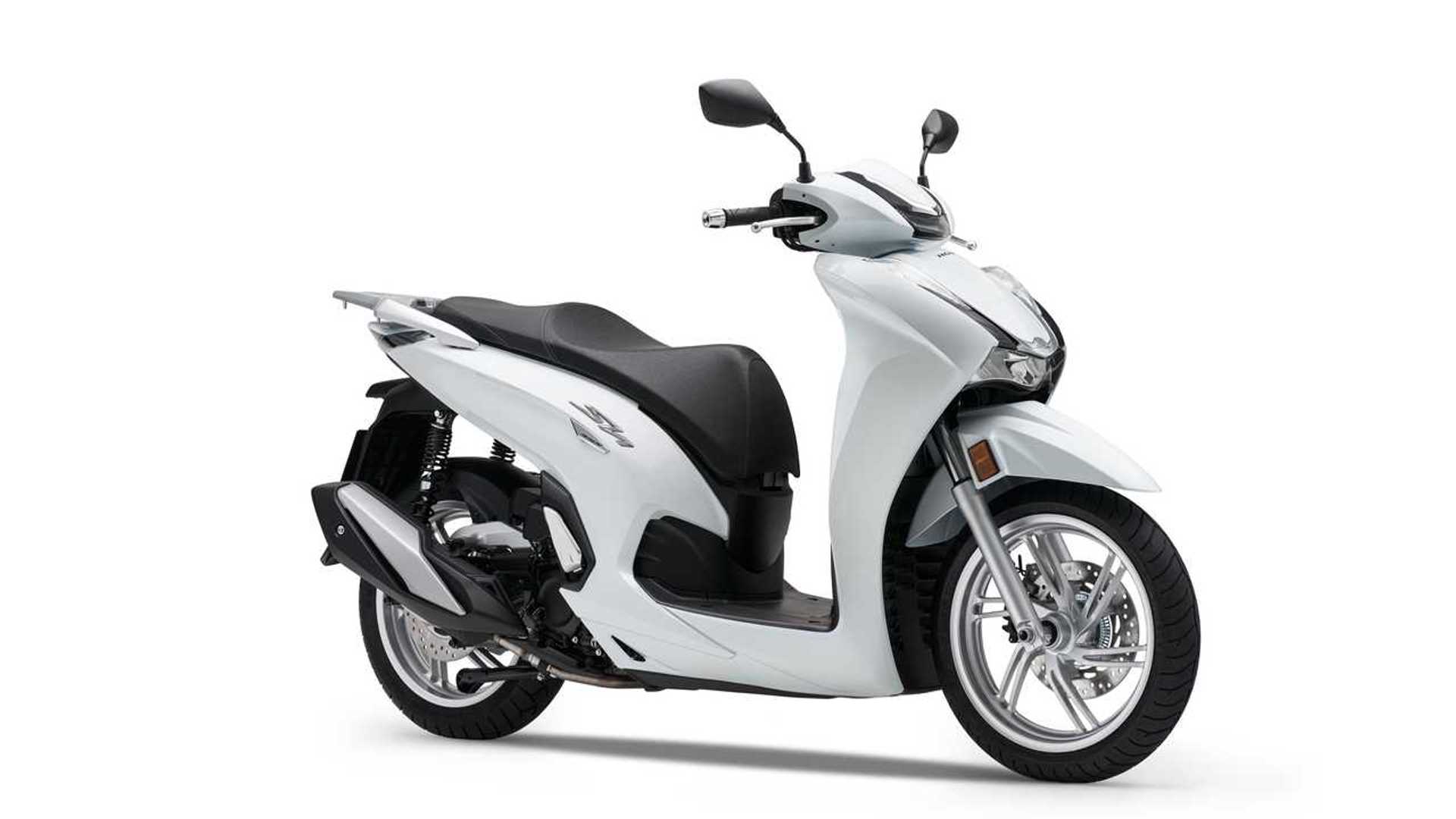