bikesBST Hypertechelectricevmotorcyclesouth africa
The rise of the electric powertrain should have meant a revolution in design for cars. The far less pretentious EV drive allows for loads of ideas to be tried out, but unfortunately carmakers seem to be frightened to try them. Not the same can be said about motorcycle makers.

Electric is a bug that quickly passed the species barrier and moved from the four-wheeled to the two-wheeled metal creatures. There are now probably more companies planning to make an electric motorcycle of sorts than there are electric cars on the drawing table.

One of these many companies is Blackstone Tek. Usually in the business of making carbon fiber wheels, BST, as it is also known, recently pulled the wraps off its first motorcycle, the Hypertech.

Penned by Piere Terblanche, a South African motorcycle designer responsible for the creation of a long list of Ducati models (888, Multistrada, Hypermotard) and many others, the bike is, of course, electric.

Powering it is a DHX Hawk water-cooled PMS motor that develops 107 hp and 120 Nm of torque, and the battery fitted on it gives it a range of 300 km (186 miles). It can be recharged from a quick charge station in just 30 minutes.

The design of the bike is simply breathtaking: it looks naked, the saddle simply floats above the drivetrain, and the choice of colors and wheels is simply brilliant.

There also seems to be no instrumentation on the dashboard. That’s because the bike comes with a helmet made by Japanese company Cross, which has its own integrated head up display to show the rider all the relevant information.

Most importantly, the bike is equipped with a system BST calls Wheelie & Traction Control, which should make “burnouts and wheelies standard features.”

For kicks, there’s even a built-in sound generator.

The company plans to make a limited number of Hypertechs, but did not say when they will become available, or for how much. 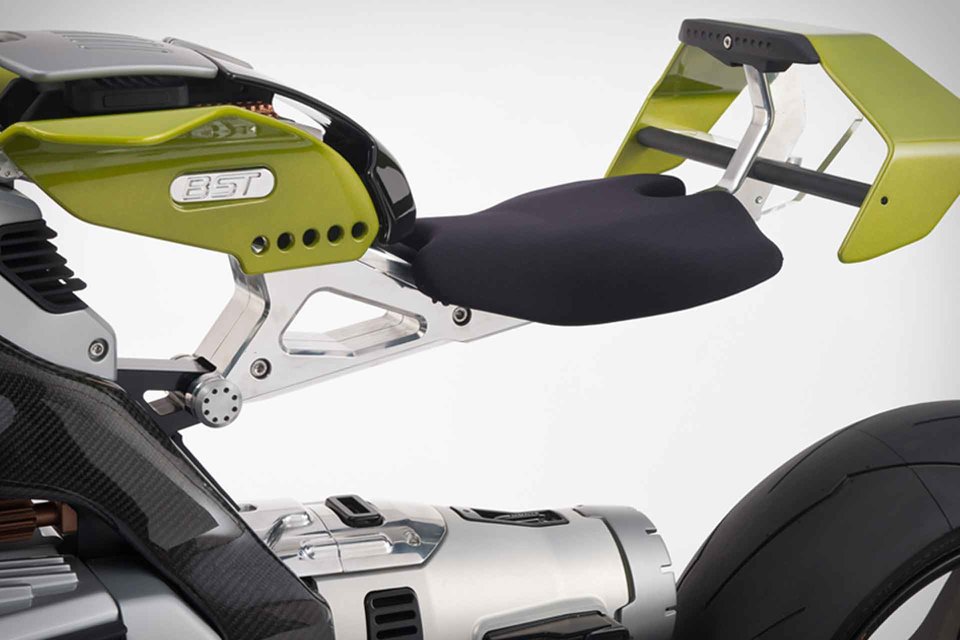 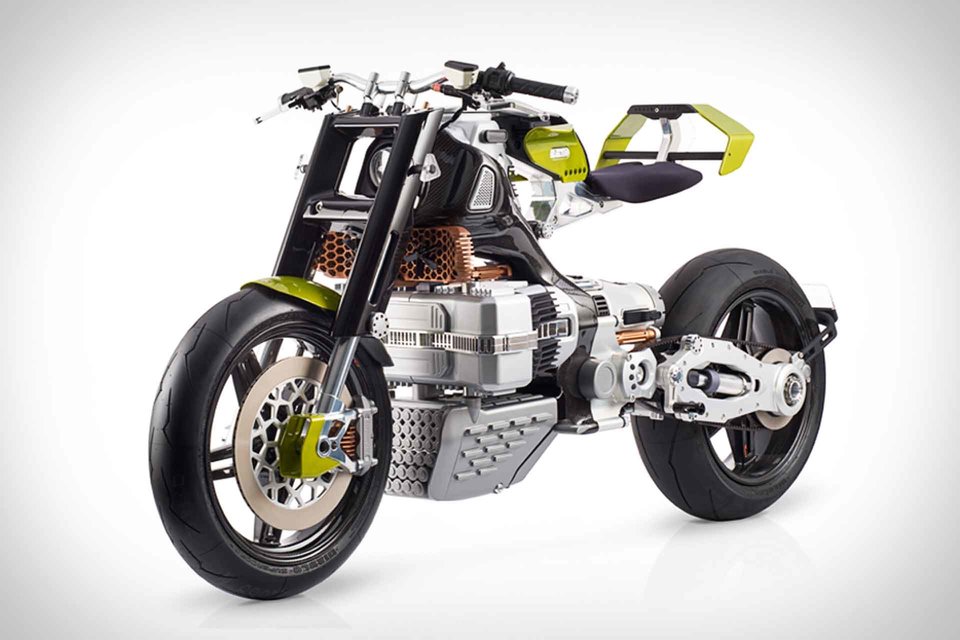