Buy This Police Subaru 360, The Cutest Cop Car Of All Time

It’s heading to auction next month at the RM Sotheby’s Elkhart sale.

The first Subaru 360 rolled off the production line in 1958. Debuting with a 1,000-pound (453-kilogram) curb weight, a monocoque construction, and a tiny two-cylinder engine placed in the middle, production of the pint-sized city car lasted until 1971. And Subaru sold more than 392,000 examples in the car's 12-year run. But just before production ended, the New Zealand Ministry of Transport tagged at least one for police duty, and now it could be yours.

At the upcoming RM Sotheby's Elkhart Sale – which takes place from May 1st through 2nd in Elkhart, Indiana – this cute Subaru cop car will cross the auction block. Complete with its original New Zealand Ministry of Transport black-and-white livery, a siren, light bar, and even bobby hats, the 360 police car is one of the only examples we've seen.

Still sporting its factory two-cylinder two-stroke engine (we assume it's been well-maintained over the years) and a four-speed manual transmission, the Subaru pumps out just 25 horsepower (18 kilowatts). So, don't expect to catch any speeders in this thing. There's also a torsion bar independent front and rear suspension, and hydraulic drum brakes at all four wheels.

But, this isn't the first time we've seen this specific police-spec Subaru at auction. Back in 2010, the same 360 cop car sold for $16,500 at an RM Sotheby's sale in Monterey, California. The auction house doesn't list an estimate for it this time around, but the seller is offering the tiny cop car at no reserve. Hopefully someone is able to snag it on the cheap

As far as other interesting cop cars go, we've seen a few lately. This Ford Mustang Fox Body Canadian police car (one of just 32) will also head to auction next month. And though it's not for sale, the Skoda Kodiaq crossover recently suited up for police duty. 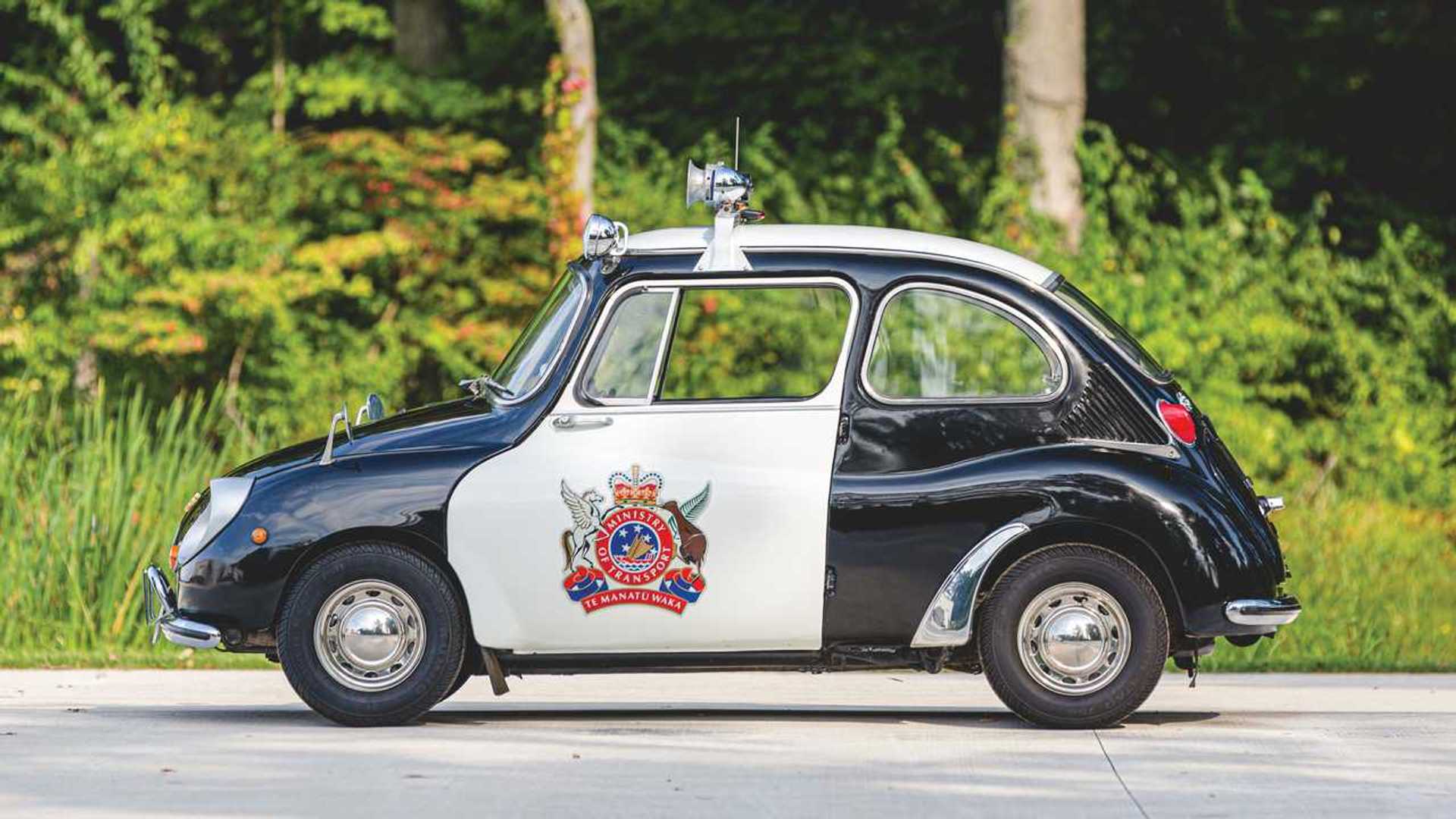 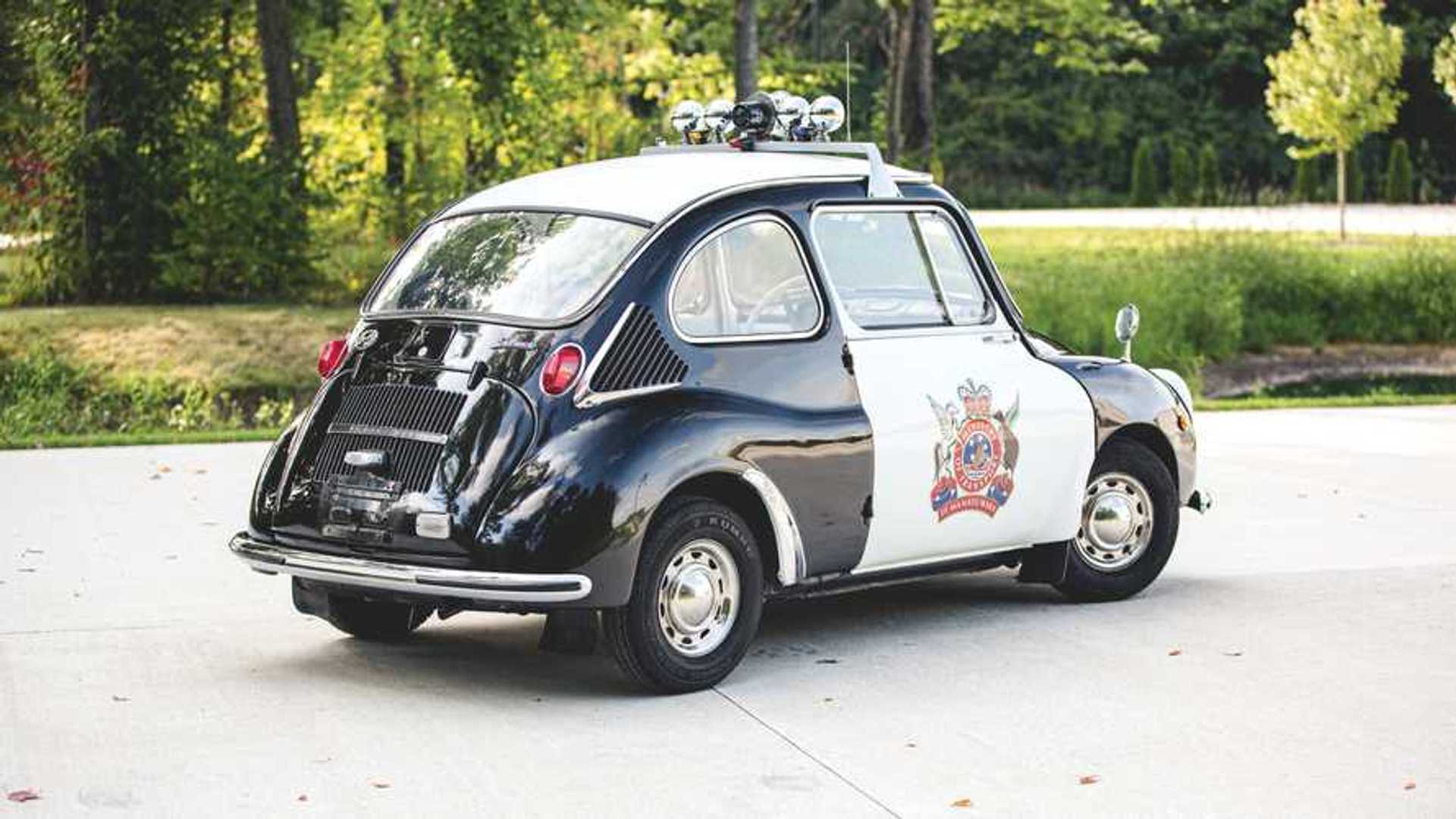