chevrolettunining
Believe it or not, the off-roader started life as a normal Chevy Colorado.

When it comes to off-roading, there are generally two approaches. Most people go for a big lift with big tires in the hopes of crawling over just about anything. Then there are folks like the team at Roadster Shop who would rather fly over obstacles, and we mean that both figuratively and literally. They are responsible for this unorthodox 2015 Chevrolet Colorado, and make no mistake – it is extremely happy to be a 730-horsepower prerunner.

As the name suggests, Roadster Shop is better known for creating and modifying all kinds of cool cars as opposed to smiling off-roaders. That doesn't mean the Illinois-based company lacks the tools or talent for such a build – within its 30,000 square-foot facility is everything needed to build a seriously capable off-roader from scratch, and that's pretty much how this custom Colorado – aka the ColoRADo – came together.

We say "pretty much" because the sheet metal for the cab and at least part of the bed are still original. Everything else is total custom, including the hand-welded frame and insane widebody kit for the truck's high-flying suspension. It wears Fox coilovers at all four corners, which provide 22 inches of impact-soaking travel in the front and 27 in the rear. The 7.0-liter V8 sits deep in the custom chassis for better weight distribution, sending its 730 horsepower through a four-speed automatic to the rear wheels only.

Such vehicles are often all-business on the inside, but Roadster Shop appears to have made life behind the wheel a not-so-bad affair. Full-on racing seats are the order of the day obviously, and a new digital display replaces the standard Colorado instrument cluster. But a suede dash with much of the factory trim bits offer a bit of fluff for fast-paced off-roaders. It even still has a stereo system, though we suspect that thumping V8 is all the music driver and passenger need to hear.

Roadster Shop is an award-winning outfit, and we give them credit for knocking this one-off build out of the park. It's wide and wicked, and as you browse the photos you'll see the underpinnings are every bit as gorgeous as the outside. All in all, it's a truck certainly befitting of its rad namesake. 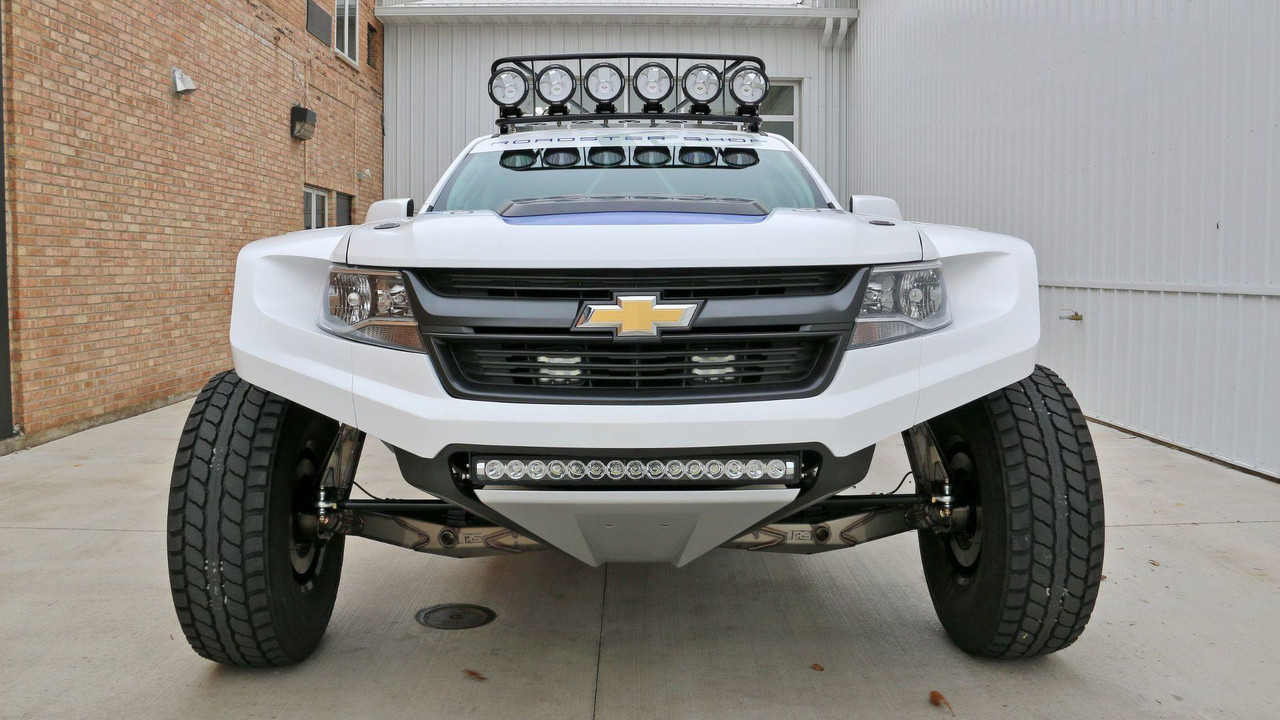 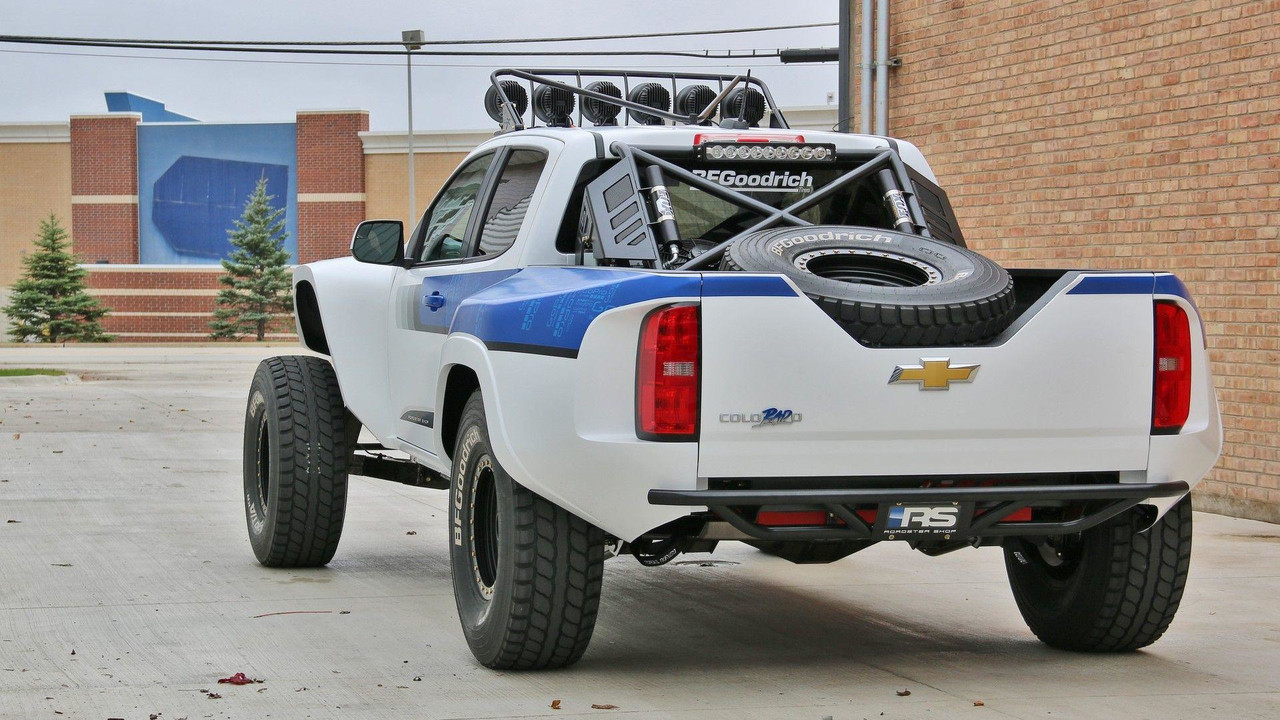 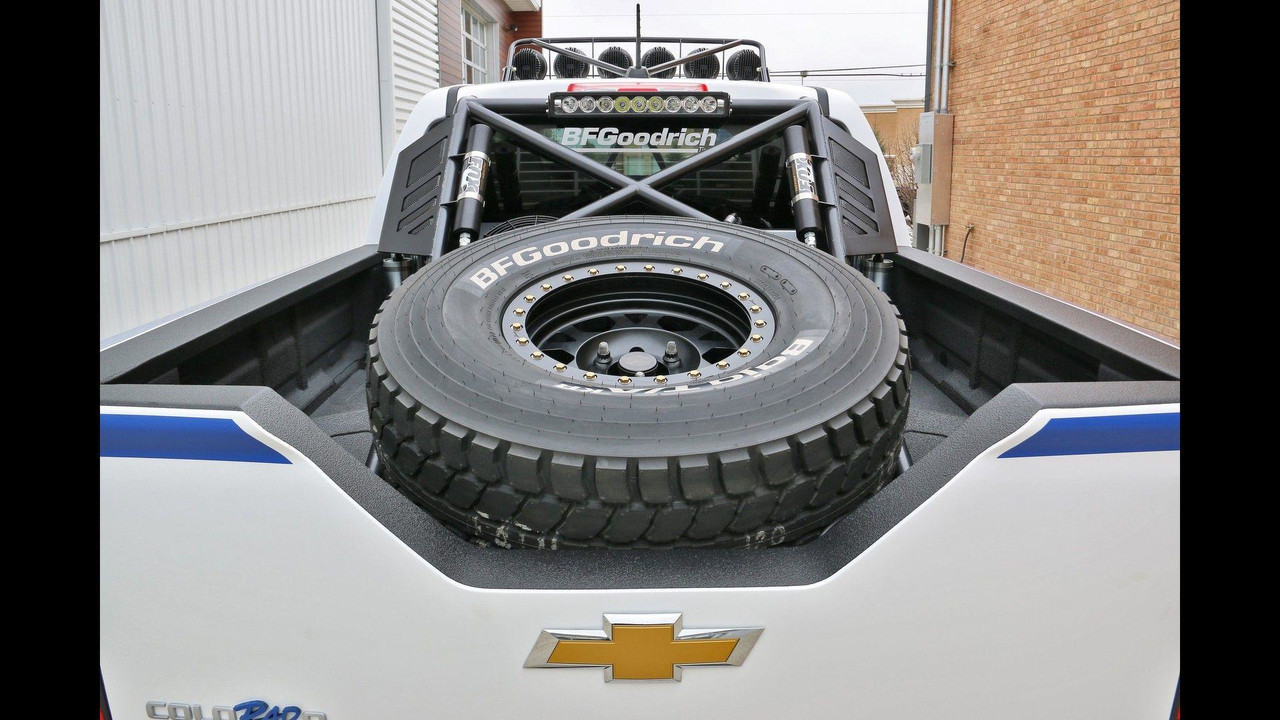 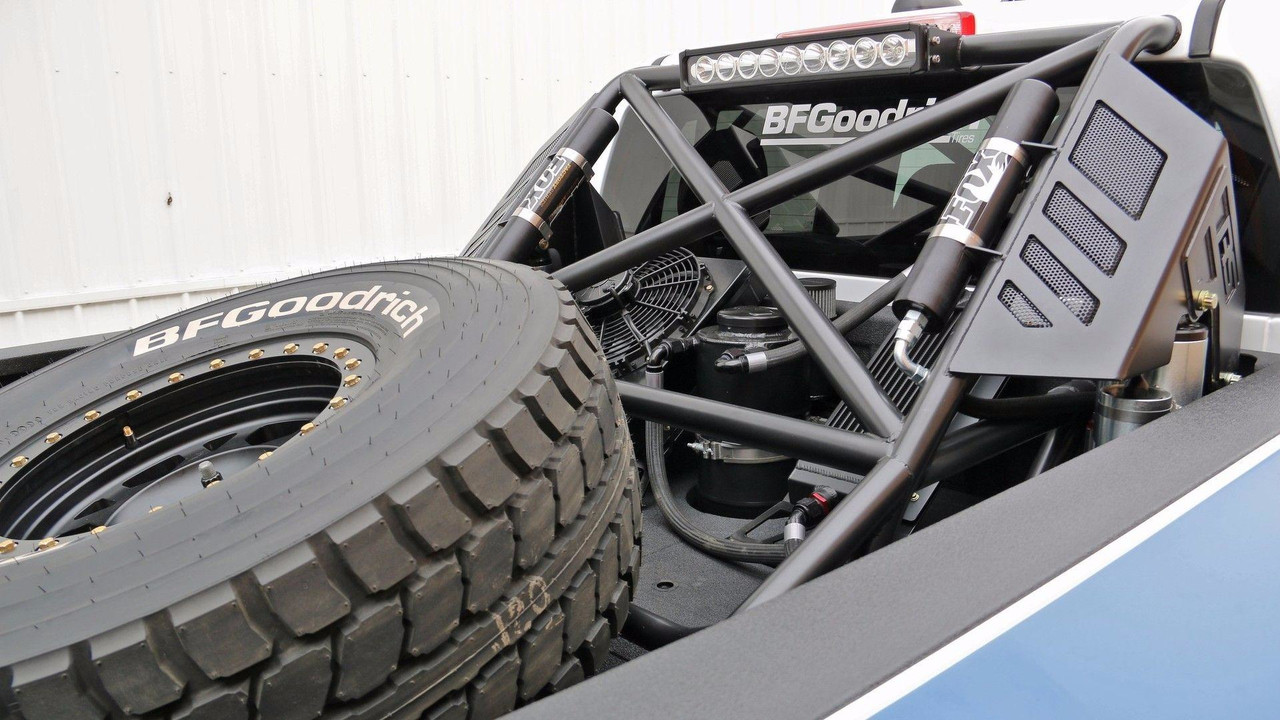 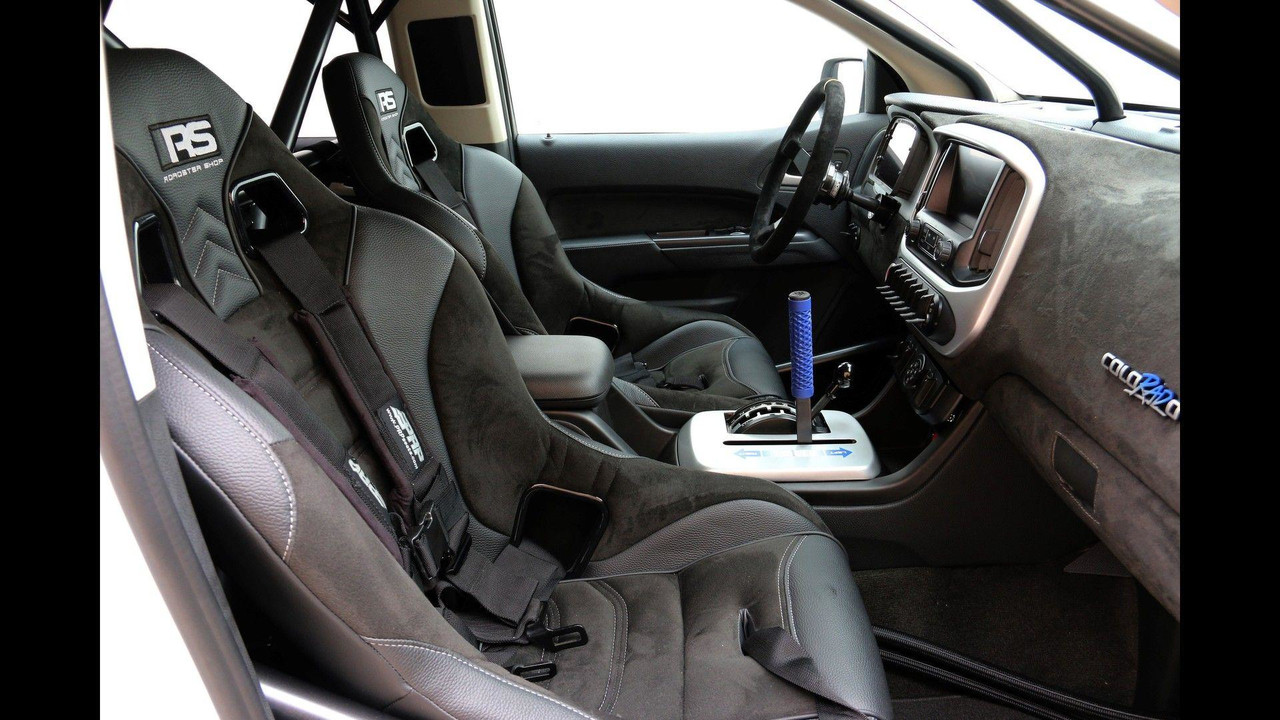 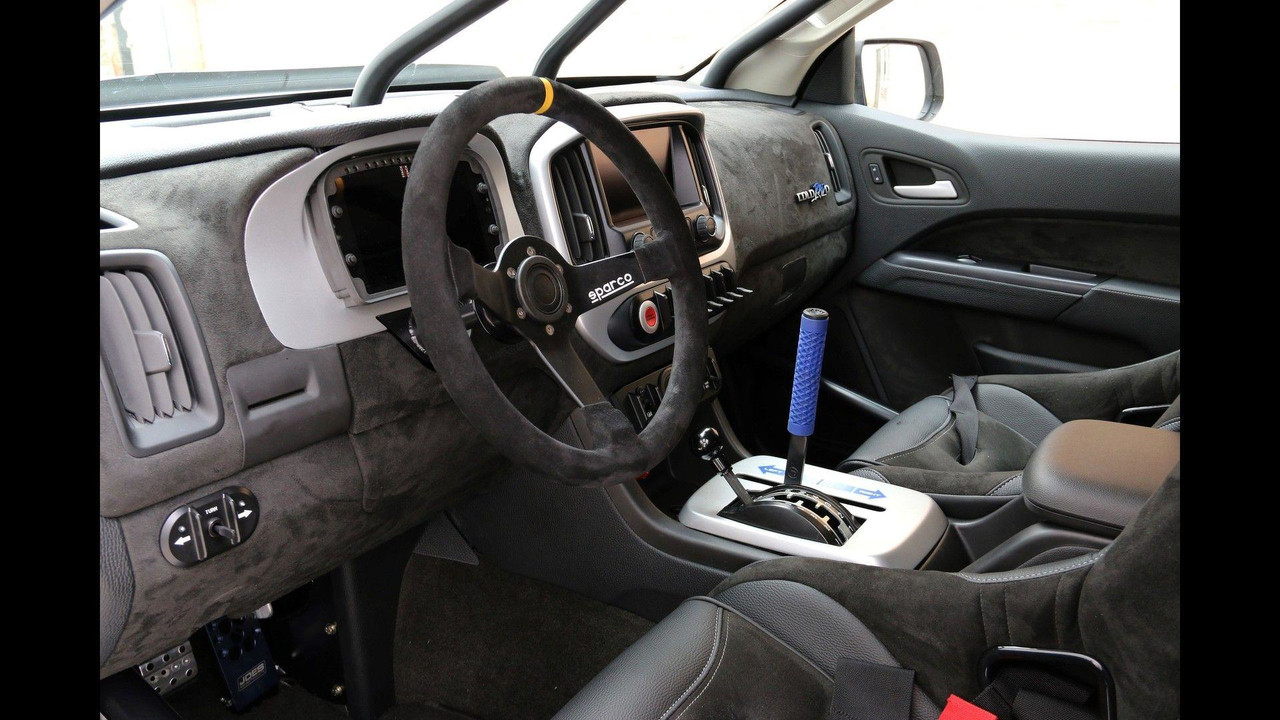 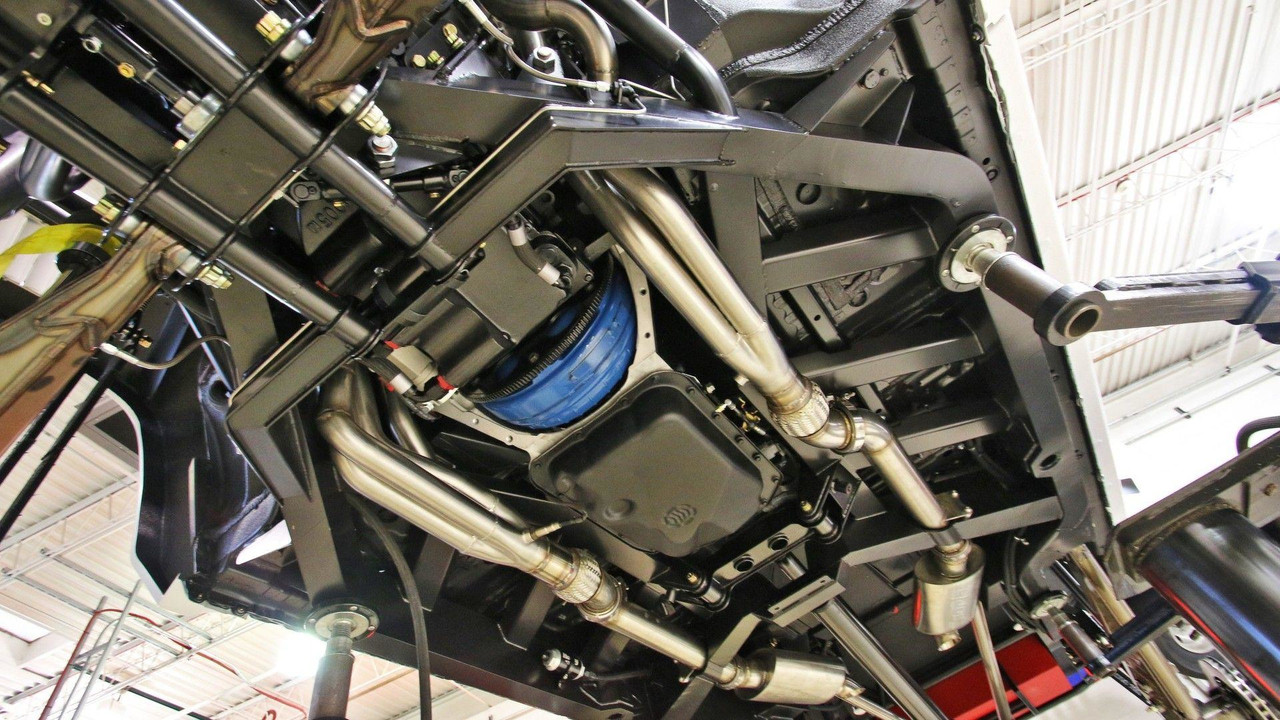