The models range from a drift-ready Forte to a police-friendly Stinger.

Kia is going car crazy at SEMA by showing off a bevy of custom vehicles based on its K900, Stinger, and Forte sedans. We're particularly smitten by DUB's take on the Korean brand's flagship sedan.

Wearing a coat of electric blue paint and sporting gloss black accents, the big sedan further benefits from a wide-body kit and massive 24-inch TIS forged wheels. An air suspension system provides the K900 with a proper stance at rest. Inside, the DUB K900 sports two-tone blue and black leather and suede interior trim, LED headliner lights, and a custom multimedia system. The total package somehow manages to expertly blend taste and tack in a way that perfectly summarizes the SEMA show. 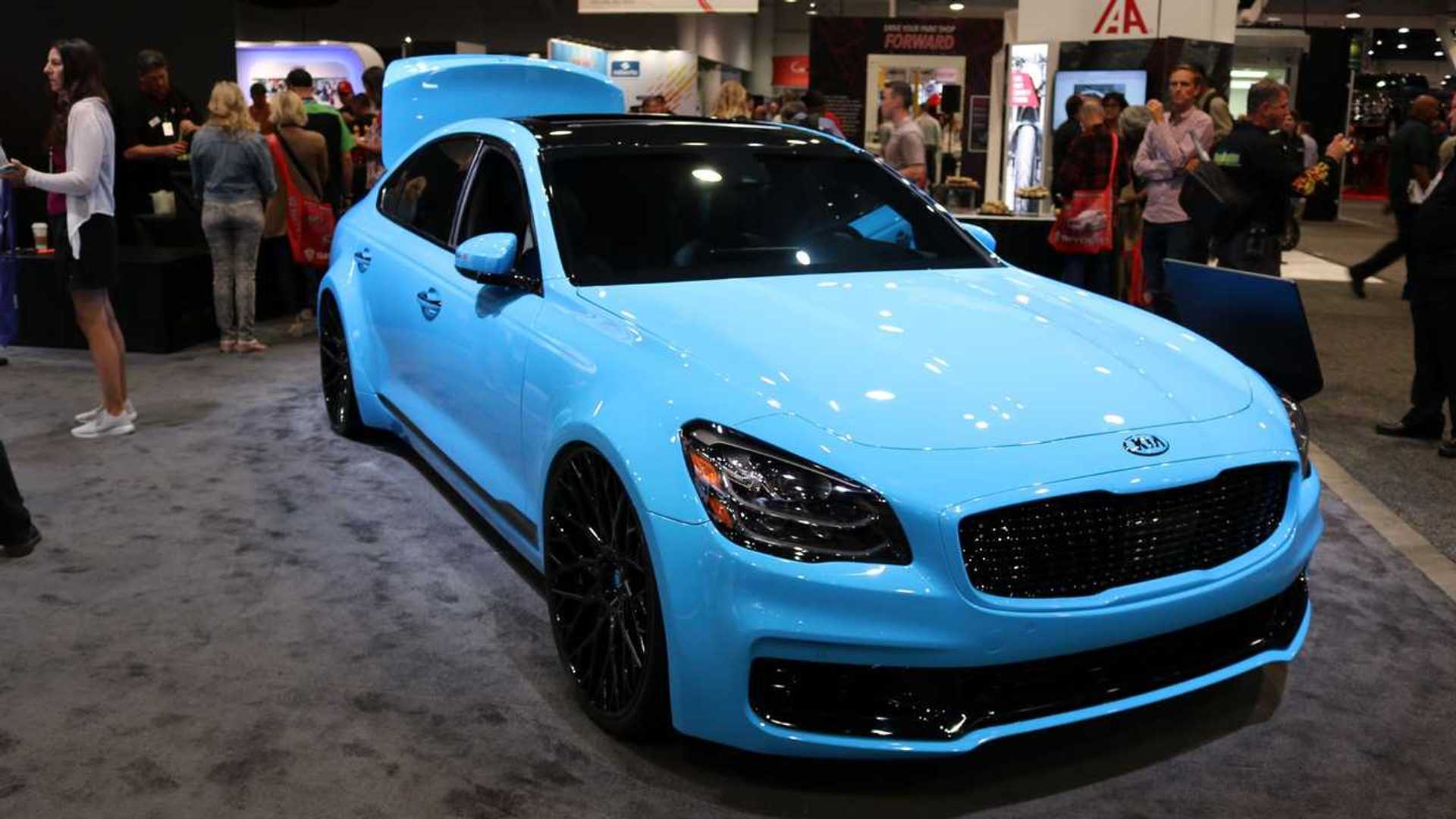 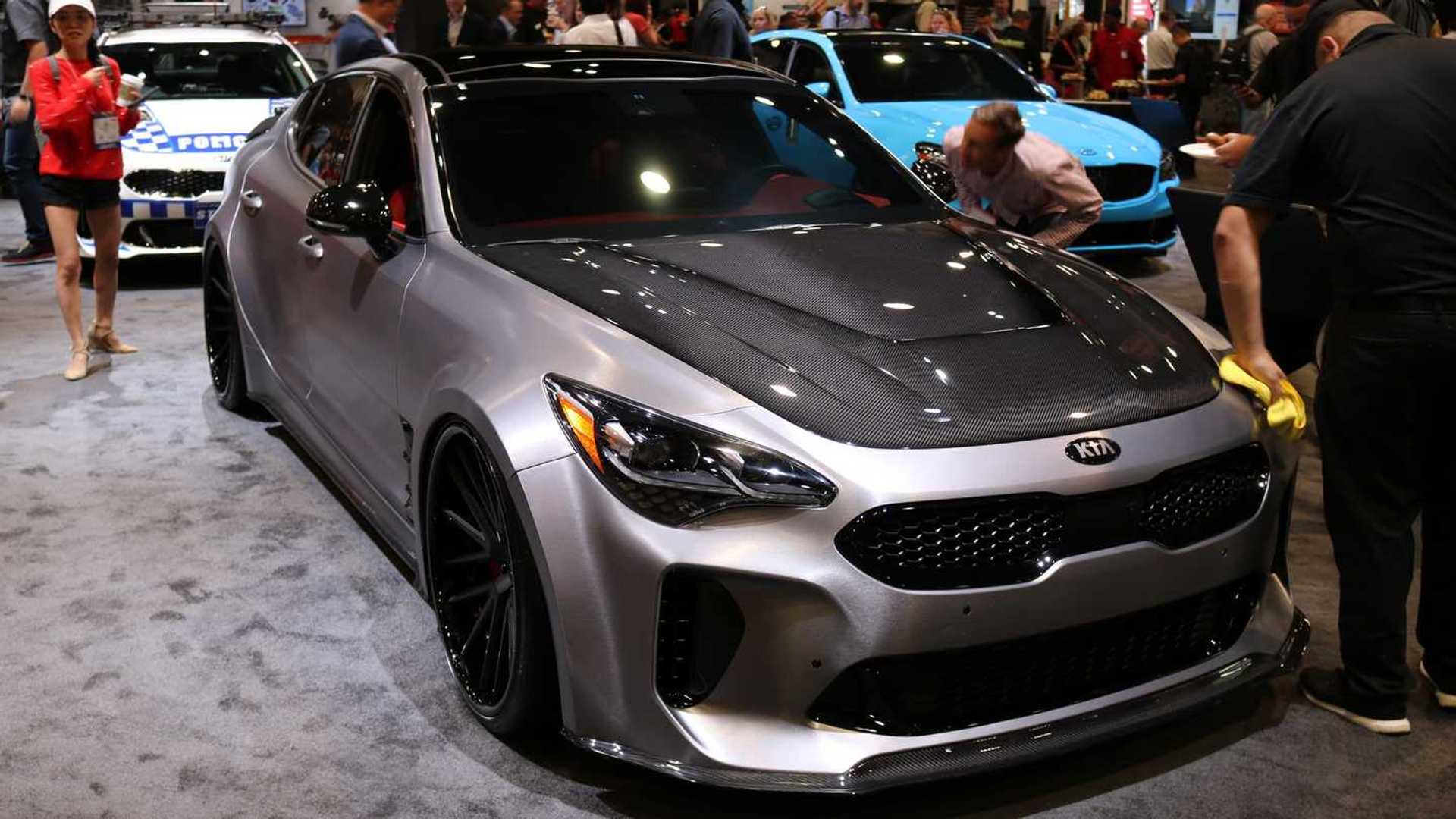 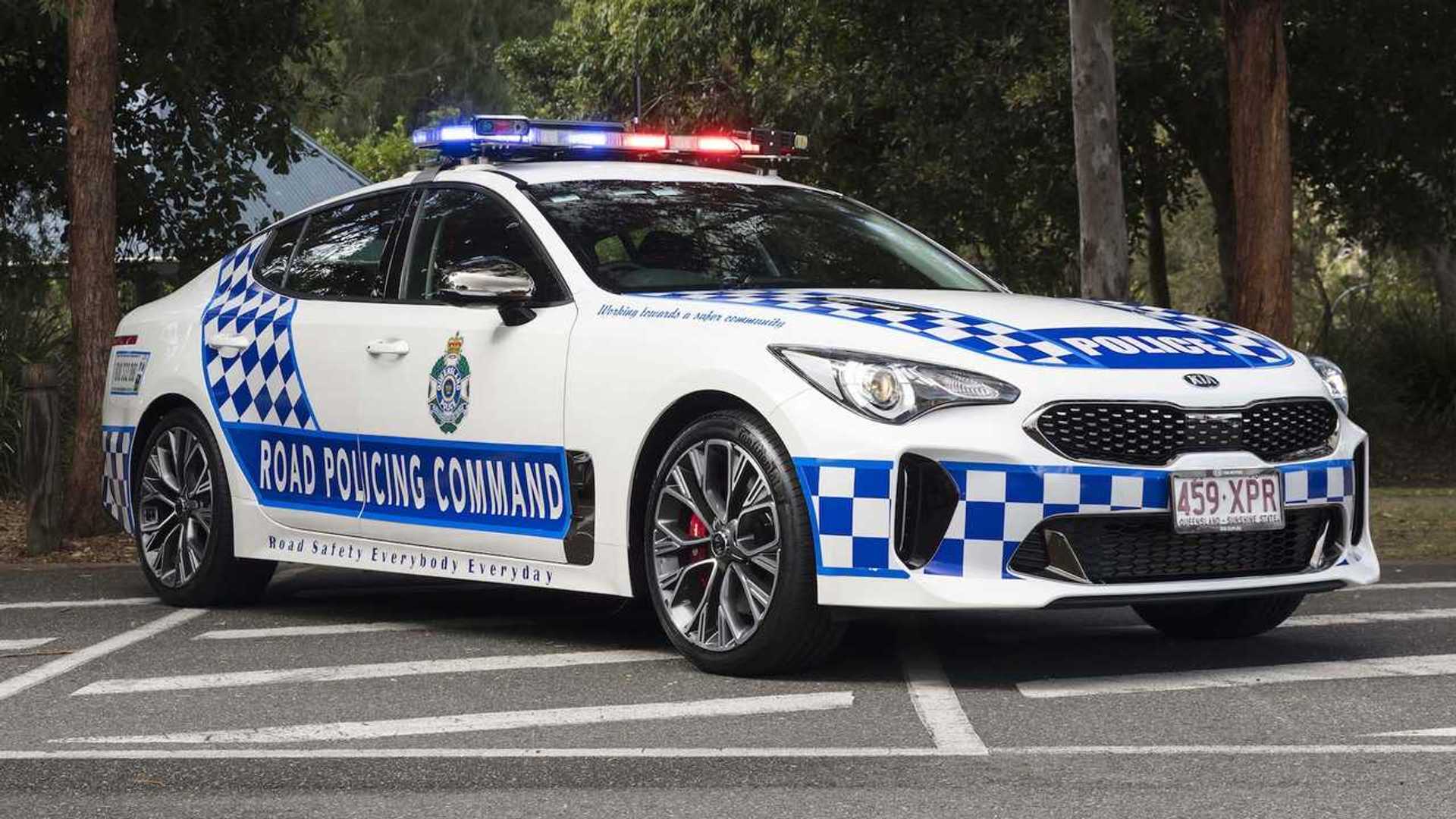 Kia didn't ignore its new-for-2019 Forte, either. The Korean brand trotted out two special variants of the sedan: the Kia Forte Federation and the Kia Forte Drift Car. The former car is a tuner's special. Replete with lime green paint, the Forte Federation wears an aggressive Air Design body kit that includes modifications to the front fascia, side skirts, and rear end. Added performance comes courtesy of a K&N cold-air intake, an axle-back Borla exhaust, Eibach springs, and a set of 19-inch TSW wheels wrapped in Falken rubber. 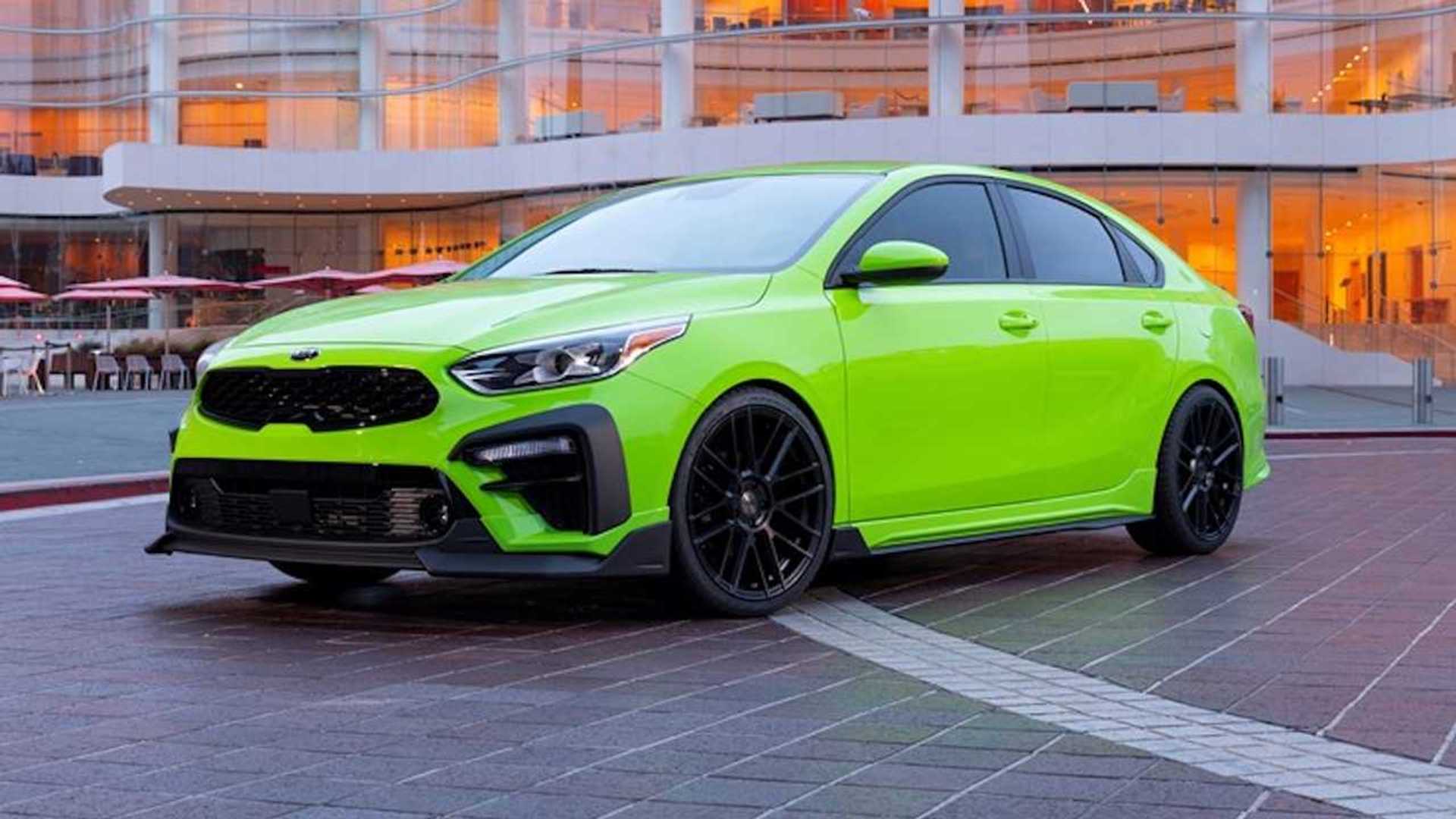 While the Forte Federation serves as a canvas of what can easily be done to the Kia compact car by everyday individuals, the Forte drift car is a testament to engineering expertise. Using a run-of-the-mill Forte EX as a base, the team at Red Bull and Race Service rejiggered the four-cylinder front-wheel-drive compact sedan to fit the Stinger GT's twin-turbocharged 3.3-liter V6 engine and send all 375 of its horses to its rear wheels courtesy of a six-speed sequential transmission. Why Kia didn't simply make a drift car out of the rear-drive V6-powered Stinger GT is beyond us. That said, the wide-body Forte drift car looks mean, and we hope to see the car compete at future drift events. 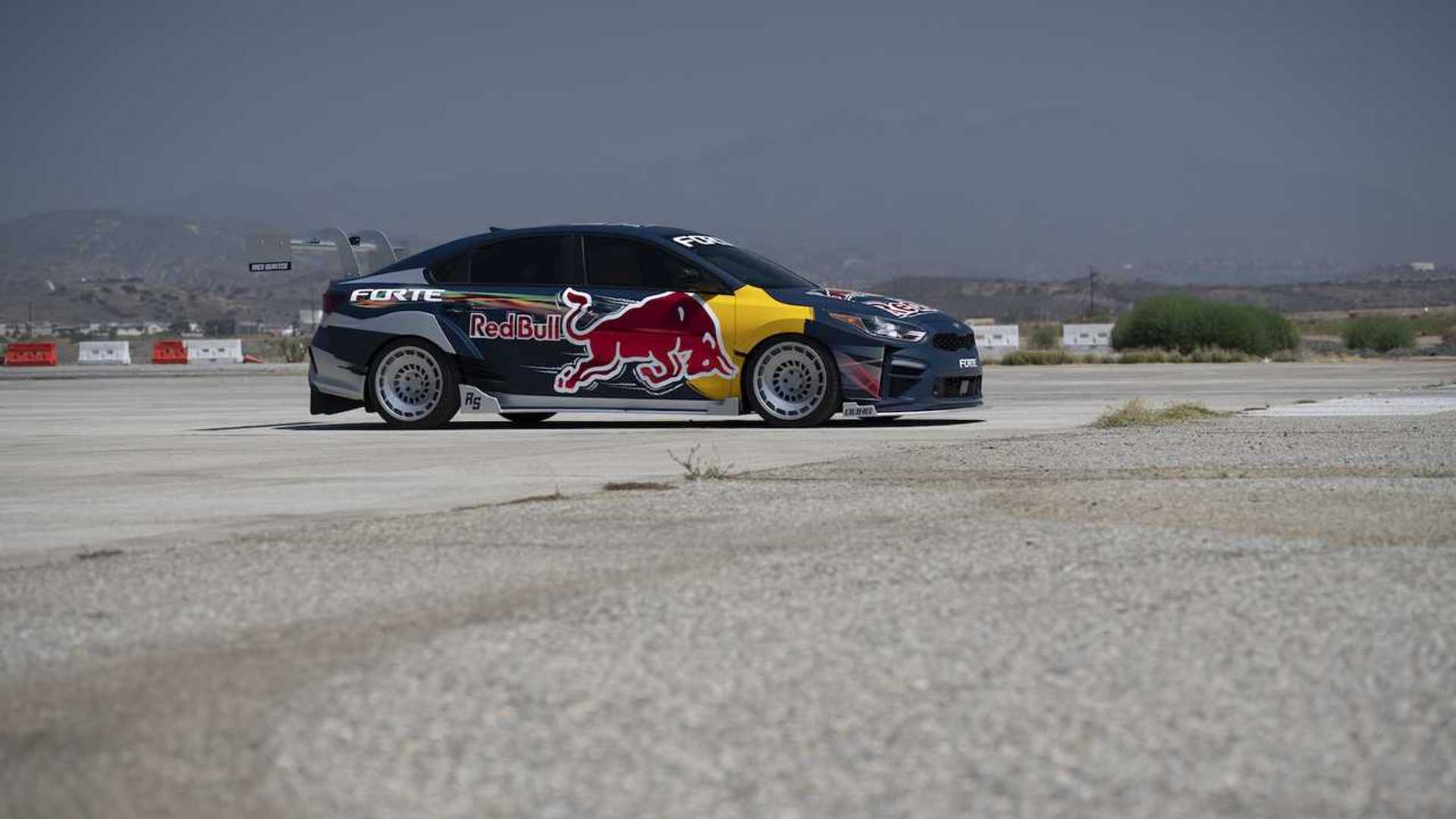