Dodge Challenger On 34-Inch Wheels Is An Opulent Muscle Car What's the best thing about car culture? The answer will depend on who you talk to, but we'd like to believe the majority of motoring fanatics boil it all down to one all-encompassing aspect – passion. Right now, we suspect some of you are rolling your eyes and preparing passive-aggressive (or possibly aggressive-aggressive) comments about how a Dodge Challenger rolling on massive wheels has nothing to do with a passion for cars. Before you do, read the rest of this article and watch the video, because we say this bonkers ride is totally fueled by passion and packed with creativity.

According to Barcroft Cars on YouTube, Jones manages Illinois-based Crusader Customs and he knows a few things about building custom rides. Aside from opening up the fenders to give proper clearance for the wheels, he gave the Challenger a blue-based color-shifting finish and installed a range of color-cycling LED lights both inside and out. The headliner has star lights – also color-shifting – not unlike what you'd find in a Rolls-Royce, and the trunk is literally filled with a stereo system. All total, Jones says he has approximately $100,000 invested into the car. Folks, you don't spend $100,000 building a car unless you're seriously passionate about it.

The video doesn't cover the mechanical updates needed to accommodate these wheels, but Jones explains that he spent considerable time making sure it was comfortable and totally functional as a daily driver. To his credit, we see him ripping a burnout later in the clip, and the car looks properly buttoned-down rolling down the highway. So often we see big wheels on rides without any consideration for actual drivability, but we have mad respect for Jones building a car that's both crazy and capable of actually being used as a car.

Since posting this article, we came across the video of Jones racing his Challenger a Cordova International Raceway, a quarter-mile drag strip in Illinois. The timing boards are disabled for the event so we can't see an elapsed time for his runs. Big wheels do exact a significant performance penalty, and the car seems rather slow off the line, but it's beyond awesome to see this big Challenger smoking the hides and hammering down the track.

Yes, massive wheels aren't for everyone. But there's no denying the passion and legit creativity that went into this build. 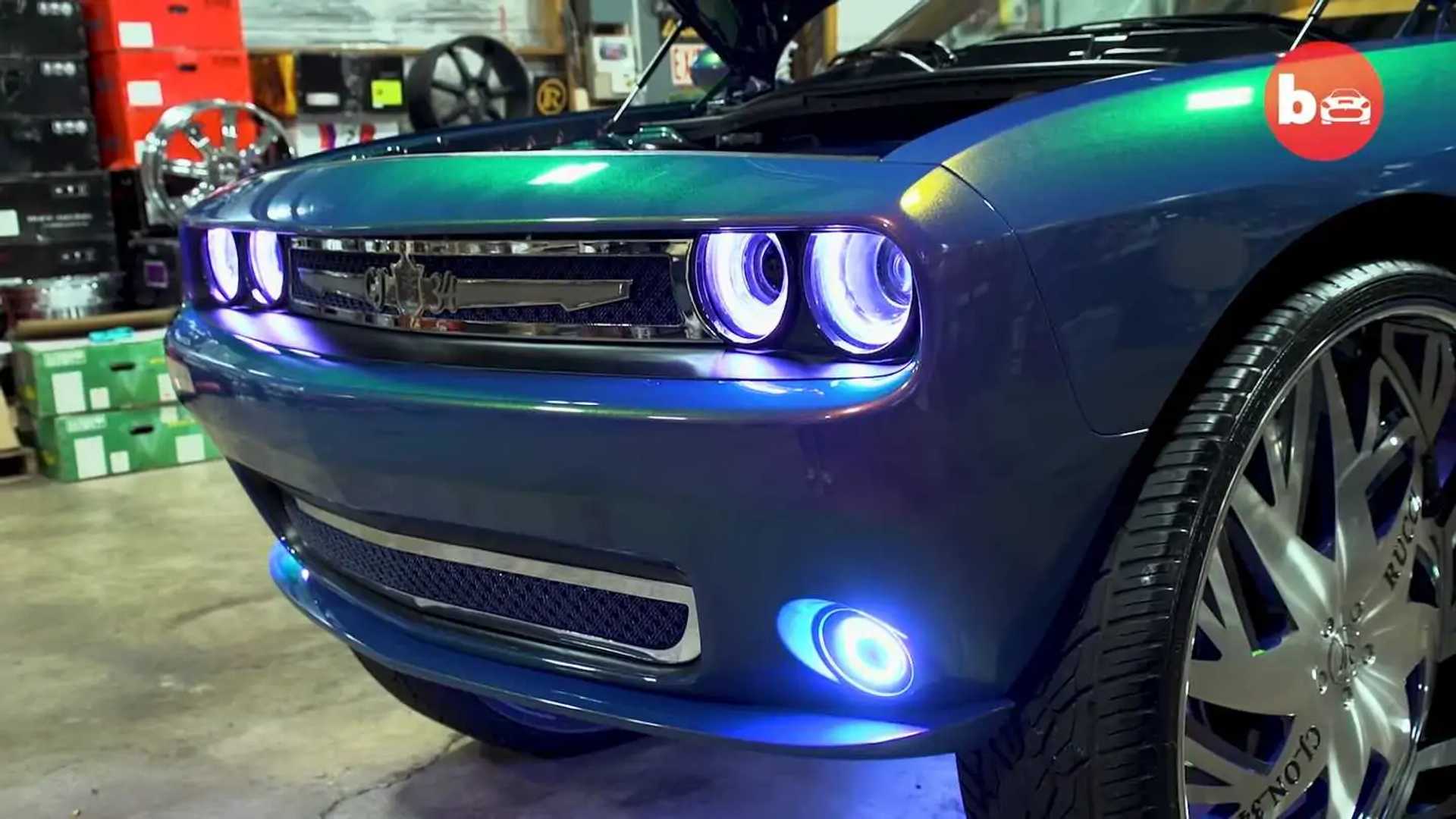 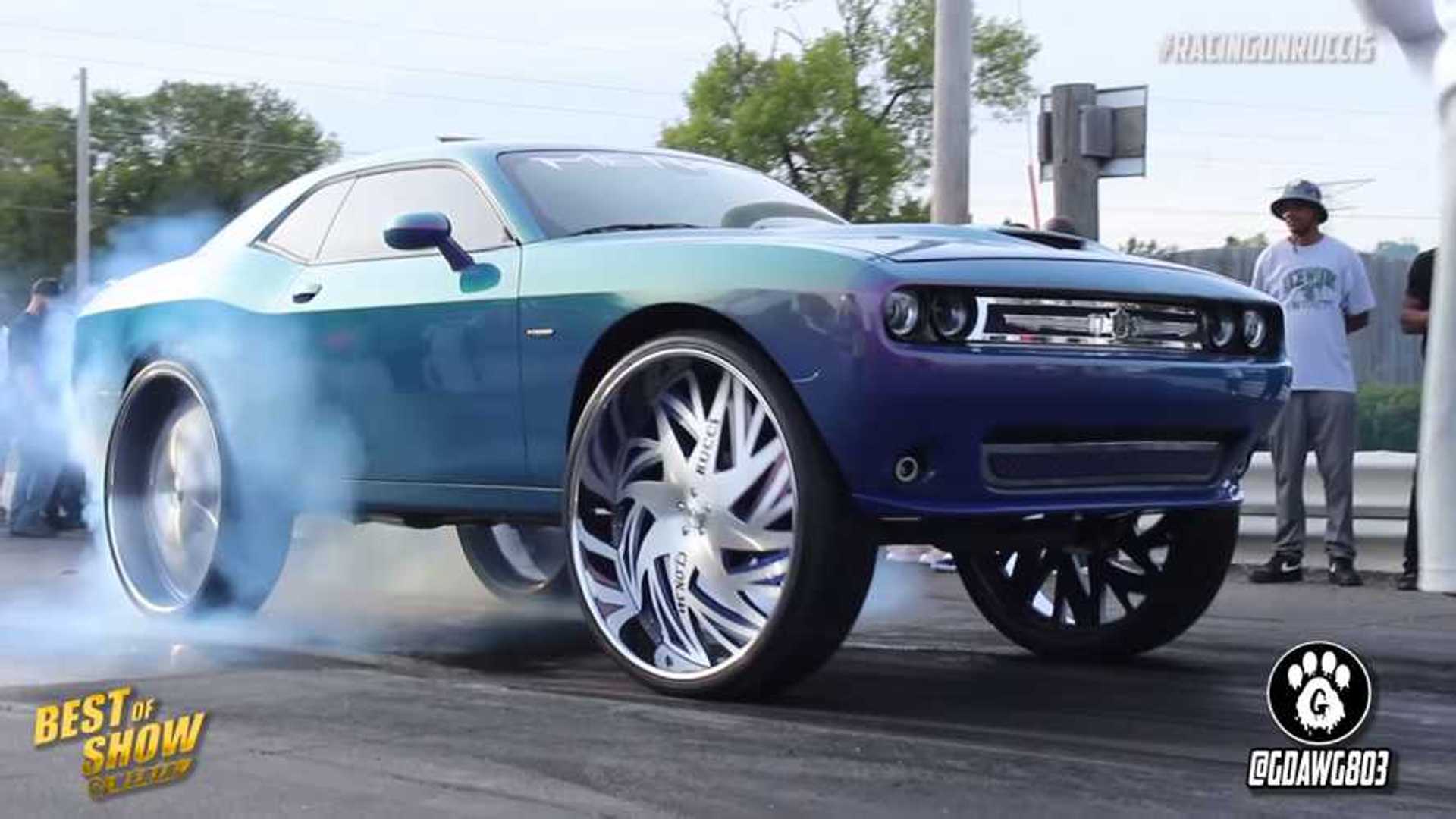