Perfect for nearby campsites.

Whenever we talk about motorhomes, it's almost always that we'll see big rigs and larger-than-life machines that could house a family or two. We've even shown you a previous story about how big off-roading campers are made, so you pretty much have an idea of how and why these huge machines came about.

But campers aren't limited to massive rigs anymore. Take this one, for example, the Elektro Frosch Camper Scooter from Germany. With a two-person capacity, this electric camper is ready to take you on a camping activity – as long as it's nearby.

Elektro Frosch, which translates to Electric Frog, is a cross between a three-wheeled scooter and a pickup. It weighs next to nothing, 529 pounds (240 kilograms), while measuring only 109 inches (274 centimeters). This makes it a great go-anywhere machine for two individuals.

What's better is its camping kit that comes with the package. It has a two-person roof-top tent, sunshade, and a fully equipped expandable kitchen set. The outdoor kitchen slides and folds, and comes with stove, dishes, and cutlery. It appears to have a dining table, too.

The only caveat is its power and range. The 4.3-kWh deep-cycle gel battery powers the 3.4 horsepower motor to a top speed of 25 miles per hour (40 kilometers per hour). It only has a range of 37 mi (60 km), with a six- to eight-hour charging time. 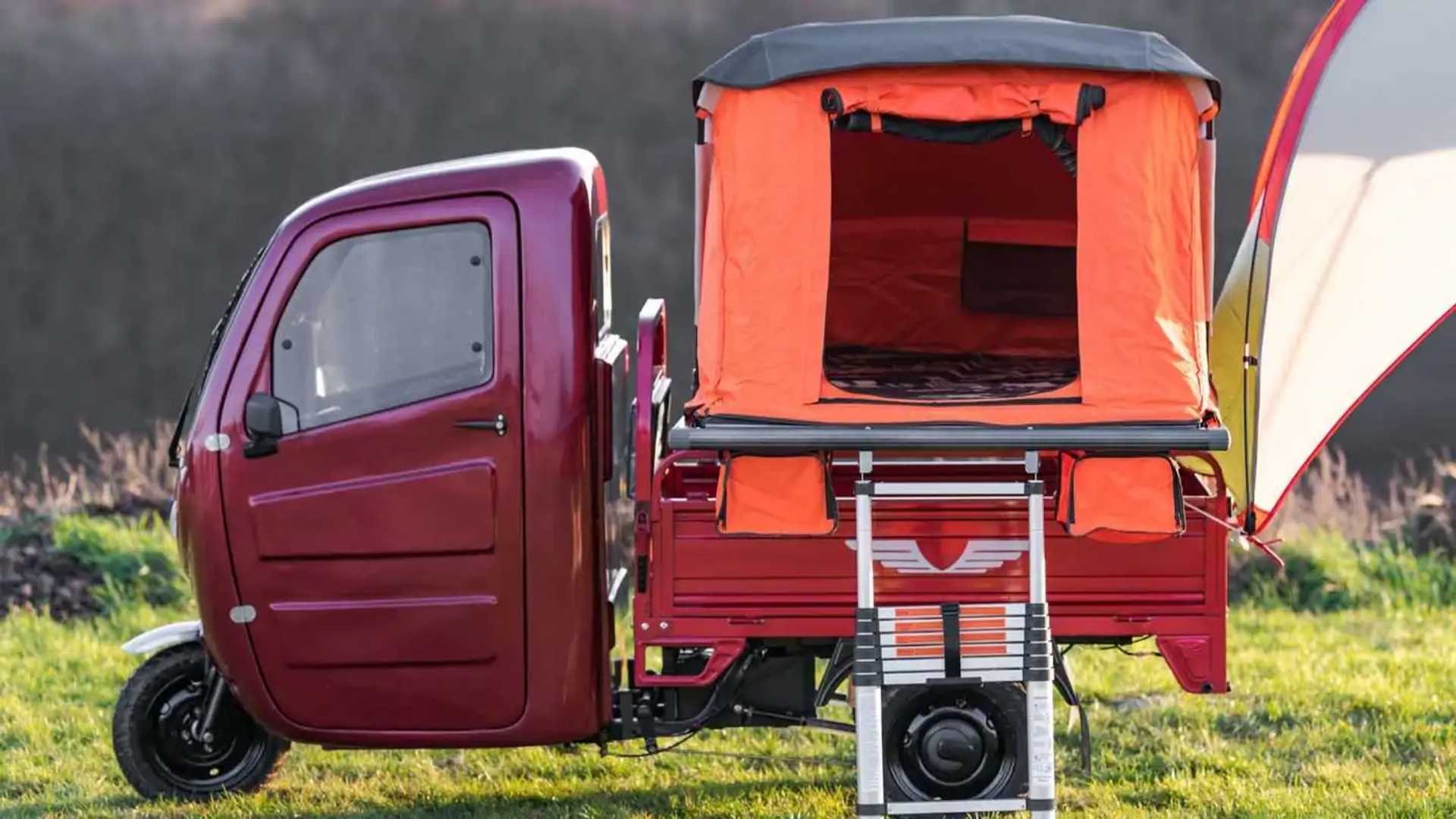 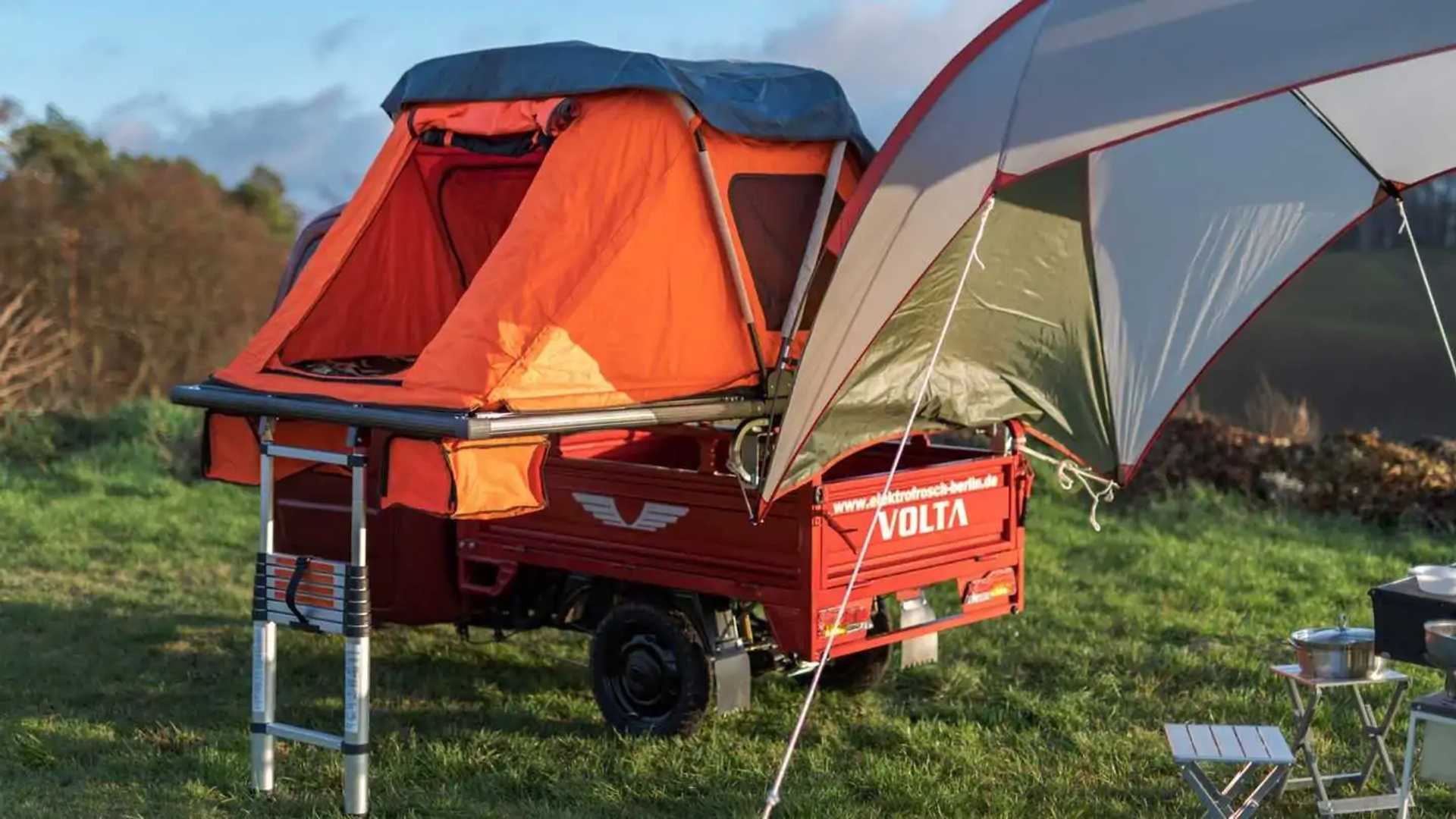 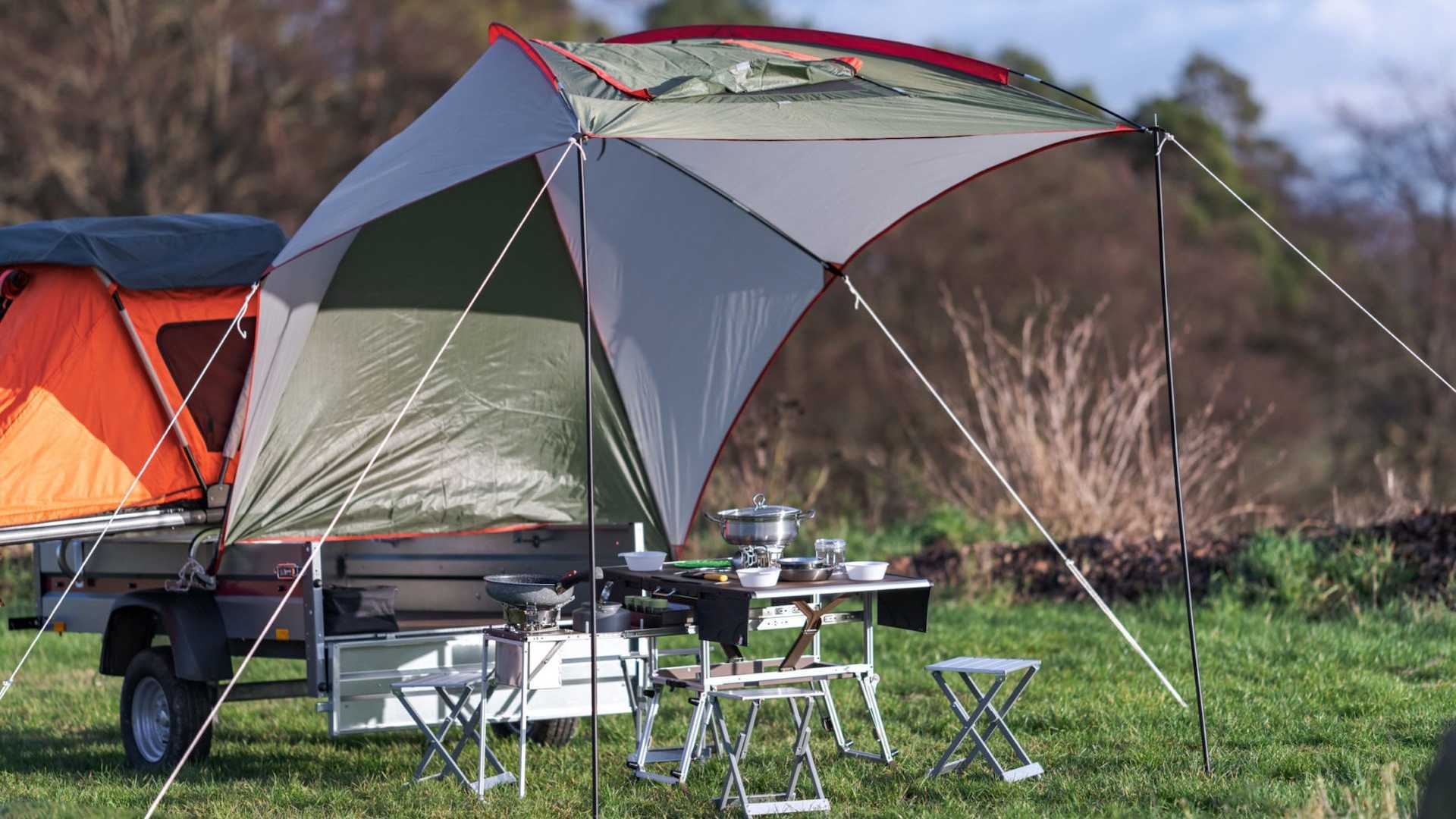