Several cars from one train blown off trestle bridge by 'extremely strong winds,' according to police

Three Hills RCMP officers were called at around 5:20 p.m. after 28 freight cars derailed near Huxley, Alta., approximately 75 kilometres by car from Red Deer.

The rail cars, which were carrying 56 shipping containers, were blown off the tracks, RCMP say. No one was injured and no hazardous materials were spilled, but several homes in the area were evacuated as a precaution. Residents were allowed to return three hours after the derailment.

The Transportation Safety Board of Canada is sending a team of investigators to the scene.

At about 6 p.m., Wainwright RCMP were called to a train trestle near Township Road 542 for another reported train derailment.

Wainwright is about 230 kilometres southeast of Edmonton. 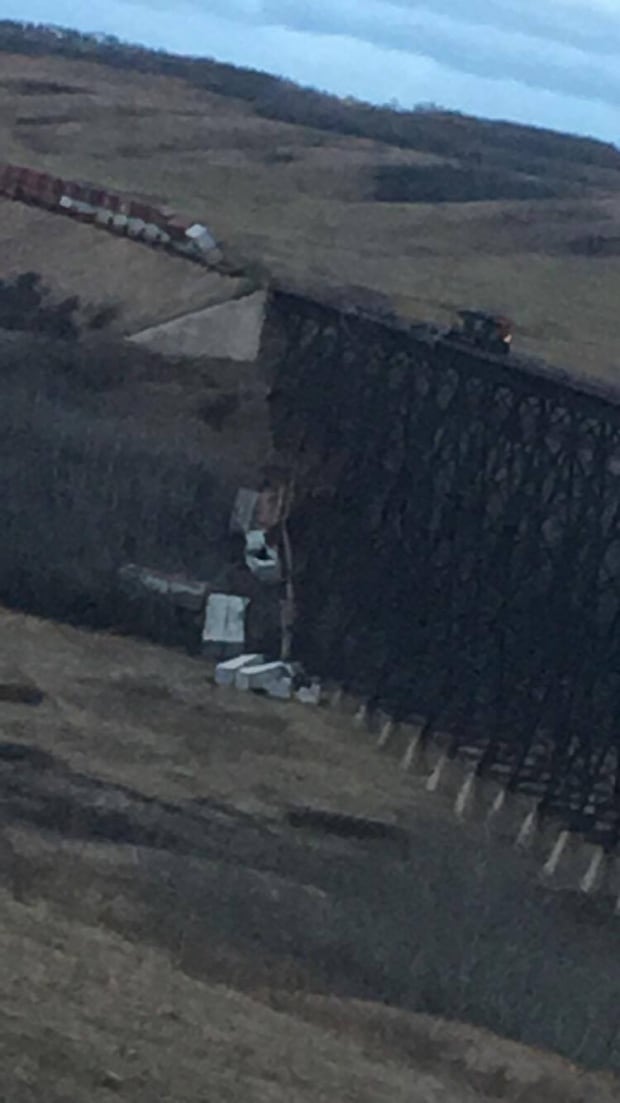 Jacob Weichel arrived near the trestle at 6:05 p.m. and took a photo of the derailment.

"It was super windy but everyone looked safe, including the conductor," Weichel told CBC News.

CN Railway crews are currently on the scene.

Hoffman said no updates on the derailment will be available until Wednesday because it is too dangerous to send RCMP officers out in the field.

No injuries have been reported for either train derailment.

Budget Rent A Car Under Fire for Bilking Customers9 November 2012
Canadian Company Is Developing A 'Breathalyzer For Pot'15 July 2015
Uber Charges Rider Over $14,000 For Ride Across Toronto14 December 2017
Even Older Dashcam Footage from 190711 January 2013
Ontario Will Allow Road Tests Of Autonomous Cars18 October 2015