The New Dolce Vita - this is how Ferrari presents the Roma.

However, with the Prancing Horse's fresh entry-level coupe's first customer deliveries set to kick off in May, it's the engineers who are currently enjoying the charms of the grand tourer - an example of the Roma was recently spotted in traffic, with this obviously being a factory vehicle.

The 2+2 was caught on camera in Maranello, with the machine still being covered in camo. Then again, it's only natural for an automotive producer to continue testing after the official unveiling of a model, so this shouldn't come as a surprise - lens tip to Autogespot for this sighting.

Even so, the Roma's sculpted beauty shines through - the Italian automotive producer has demonstrated its latest styling evolution with this GT, which shows a clean look. Nevertheless, the machine relies on an aero-efficient underbody and vortex generators to balance the downforce between the front and the rear axles.

Of course, one can't help but wonder how close the Roma is to the Portofino. According to Ferrari, 70 percent of the car's parts have gone through the hands of the engineers. And yes, the two share the 2,670mm wheelbase.

The coupe-cabriolet's twin-turbo 3.9-liter V8 has been massaged to deliver an extra 20 horsepower, despite featuring a gasoline particulate filter - all in all, the Roma places 620 hp and 760 Nm at the mercy of the driver's right foot.

As for the cabin, this is a step forward compared to Ferraris from a few years ago, both in terms of design and perceived quality. The main ingredients of the interior involve the two-volume layout (think: driver and passenger areas), the digital interface, which uses the new tech developed for the SF90 Stradale, as well as the new steering wheel design and the Cancelletto. The latter controls the eight-speed dual clutch tranny while trying to integrate the design of the much-missed Ferrari gated manuals.

We're all eager to see how the Roma deals with competitors such as the Aston Martin Vantage and the McLaren GT. 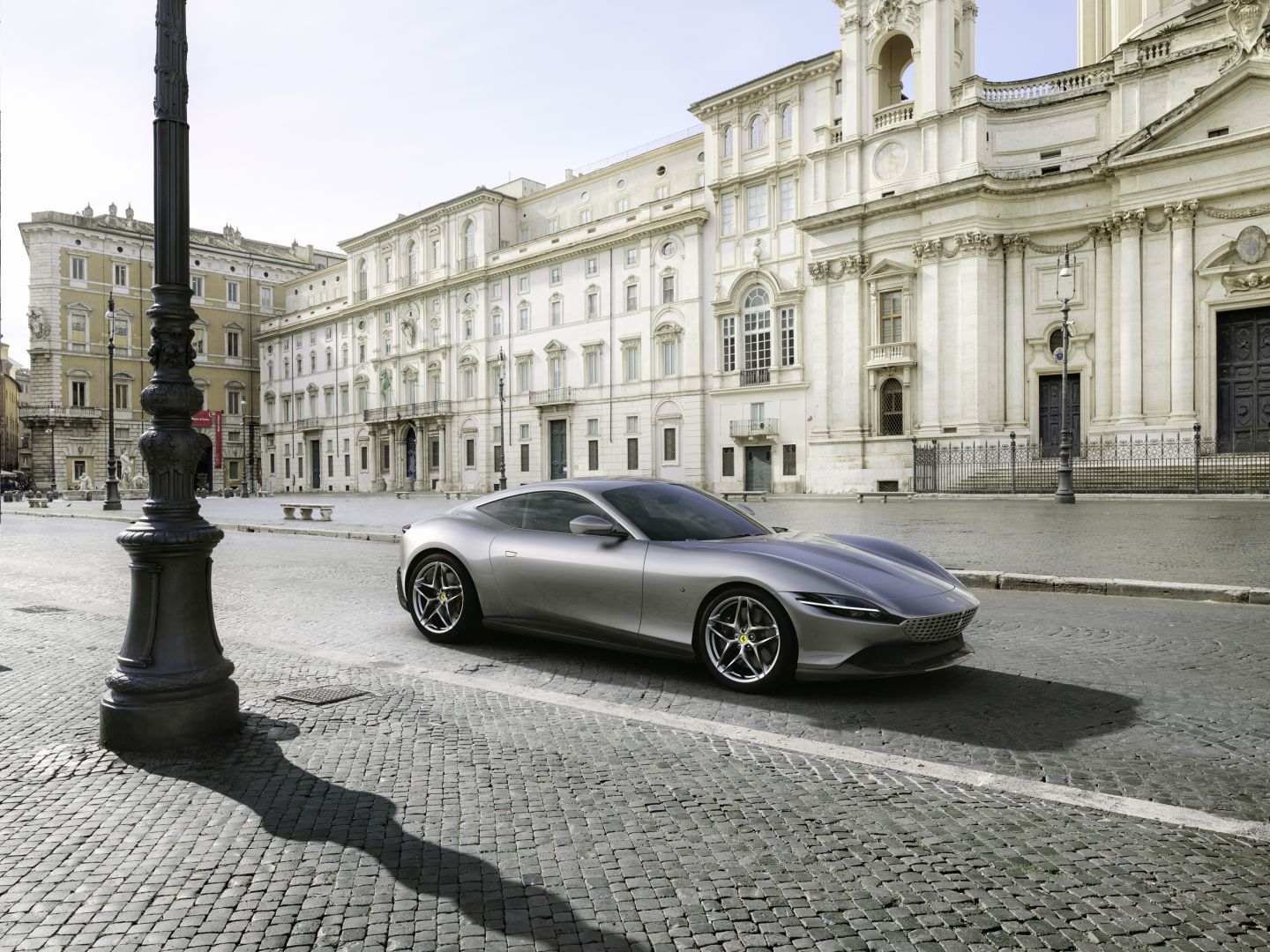