Probably want a solid GPS with you to make getting to your destination a little easier.

Earlier in the week Lifehacker asked you which GPS units were best for your car, whether you preferred your smartphone or tablet, or if you'd rather trust a stand-alone GPS device that doesn't need mobile data or cellular service to give you maps and directions. Here's people choices: 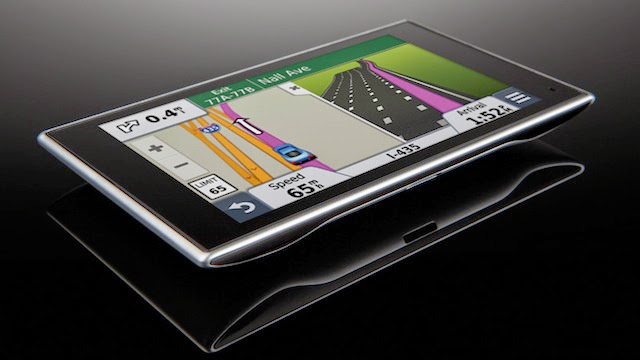 The Garmin Nuvi series is designed specifically to the thin, light, and mounted in a car. The series proudly notes that mobile data or an internet connection are not required for the Nuvi series to give you spoken word turn-by-turn directions in plain language with accurately pronounced street and city names. You can also speak to and command the Nuvi with your voice. The Nuvi line also sports active lane guidance—a feature that warns you when to change lanes in order to make an exit. So instead of just "keep right at the fork," you'll be told to get into the right lane well in advance of the exit—and then you'll be told to keep right at the fork.

In addition, Garmin's "photoReal" feature lets you see a mockup of what the exit or road you should be on looks like so you don't get confused looking at a top down map in a maze of flyovers and overpasses. Buying a Nuvi also gets you free lifetime maps and traffic, meaning every time there's construction or changes to the landscape, you won't have to pay to update your Nuvi's maps. You'll also get live traffic reports that update every 30 seconds as you drive so you can avoid accidents, congestion, construction, or other obstacles that will slow you down. If you prefer, you can pair the Nuvi to your phone or computer via Bluetooth for updates, shared data, and more. Prices vary depending on the model you're interested in. 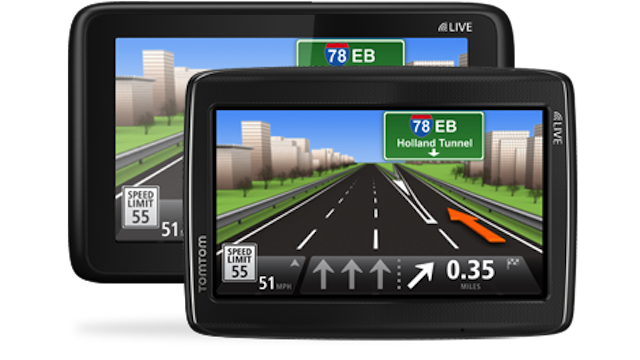 Even though many of you praised Tom Tom's smartphone navigation apps, others of you pointed out that the Tom Tom Go series (most notably the Tom Tom Go 1535) all offer spoken word driving directions in portable packages that don't need mobile data or an internet connection to work. The Tom Tom Go series supports voice commands and hands-free use, features "HD Traffic" (which really means traffic data updates frequently so you're always up to date), and generous five-inch touchscreens.

The Tom Tom Go also supports active lane navifation, so you're warned to move to the left or right long before you need to be there to grab an exit or make a turn, and lifetime map updates so you're never without the most up to date street names and fastest routes. Prices vary depending on the model you want.

The Magellan RoadMate Series of in-car GPS units is long standing and well regarded, and some of the newest models come with some impressive features, like traffic camera alerts, landmark guidance that adds detail to your directions like "turn left in 300 feet at the Chevron gas station," as opposed to "turn left in 300 feet," and lifetime traffic alerts and map updates. Built-in Bluetooth lets you use your RoadMate as a speakerphone without having to also mount your phone to your dash, and pre-loaded AAA tourbooks and roadside assistance let you call for help and get details on nearby attractions and destinations right from your GPS without having to dig through search results.

You get all of the features of other navigation devices as well: active lane assist, spoken street names, and waypoints/multi-destination routing, but you also get some interesting add-ons like guidance to nearby parking, speed limit warnings, and compatibility with your car's back-up camera. As always, prices vary depending on the screen size and model. Magellan's latest offering, the SmartGPS, is a connected GPS unit that works with your smartphone and tablet instead of competing against it, and syncs favorite locations, destinations, maps, driving directions and walking directions, social networks, and more.

Whether it's pre-installed with your vehicle or after-market, many of you pointed out that your pick for the best car GPS is the type that's permanently installed in the vehicle. You get all the benefits of an offline GPS designed for use in a car without internet access, just already baked into your vehicle. There are pros and cons here though—often map updates are unavailable or expensive (although most can be updated manually) and the interface for many in-dash units leaves much to be desired.

Still, the ones that many vehicle manufacturers include with their luxury models come with controls wired into the vehicle, control knobs and panels on the center console or steering wheel, and touch-screens for quick address entry. If you install your own or get one installed after-market, the sky's the limit, and you can get in-dash units that pair with your phone or other devices over Bluetooth, share mobile data, and come with all sorts of other features. 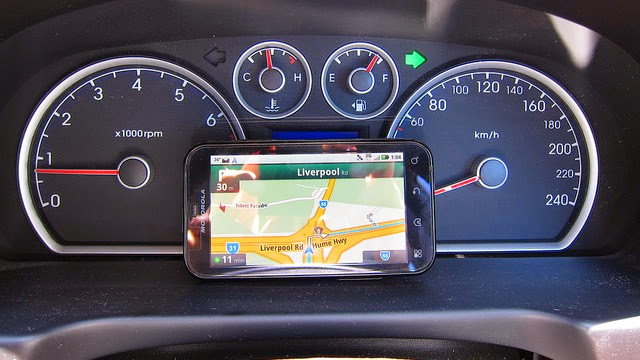 Many of you nominated your smartphones for various reasons. Some of you said that the age of stand-alone GPS units has passed, and that may very well be true, at least for driving, walking, and getting around town. Others pointed out that the best GPS is the one you have on you without worrying about it or thinking about it, and that's almost undoubtedly your cell phone.

Several of you pointed to Google Maps' ability to download map data as a way to get around even if there's no mobile data service where you are. If you're traveling somewhere you don't have data, and even if offline maps don't do it for you, there are GPS apps for iOS and Android that offer complete map packs that you can use online or offline. Overwhelmingly though, your preferred GPS apps were Google Maps and Waze, although they weren't the only ones you mentioned. Even though there are pros and cons to relying on a smartphone or tablet for GPS depending on where you go, the best apps close that gap really well.