Ford Will Have You Eat Shrimp, Hot Wings Right Out the Frunk of the Mach-E Big Game parties have wrapped up, but Ford is thinking ahead, to next year’s gaming season.

It's also thinking of the folks who aren't that much into sports but do love the occasional tailgate party every once in a while.

Since the Mustang Mach-E starts deliveries in the second half of the year and it just so happens to come with a frunk that doubles as a spacious cooler, here's a thought from Ford: why not use the same frunk to haul food and perishables to such gatherings? What could possibly be more appealing than eating cold or hot food off the plastic lining underneath the hood of your all-electric SUV?

All jokes aside, this isn't a joke (or, at the very least, it doesn't seem like one). Ford has been trying to drum up even more interest in the Mach-E and the novel use of extra space, namely the so-called frunk (aka front trunk, the place where the engine would have sat in a conventional diesel car). It seems to believe that this is the way to do it.

Previously, Ford had said that the frunk could double as a spacious cooler for soft drinks or beer. It comes with plastic lining and a drain, allowing you to easily clean the space once you're done. But why stop at beverages when you could carry even more stuff in there?

So Ford went ahead and stuffed in there shrimp, veggies and dip on a bed of shaved ice. For another marketing photo, it packed over 1,000 hot wings in the same storage space, dip included. Apparently, the only problem with eating out of the trunk of your car (literally so) is that you have to remember to open the drain and hose the plastic lining at the end of the day.

"It's not too early to start thinking about next season," Ford says in the press release. "Play a game of long-distance cornhole or show off your passing skills by challenging friends to a 'closest to the front trunk' contest."

Because who wouldn't rush to eat food that's been sitting under the hood for the duration of the journey, right off the plastic lining? 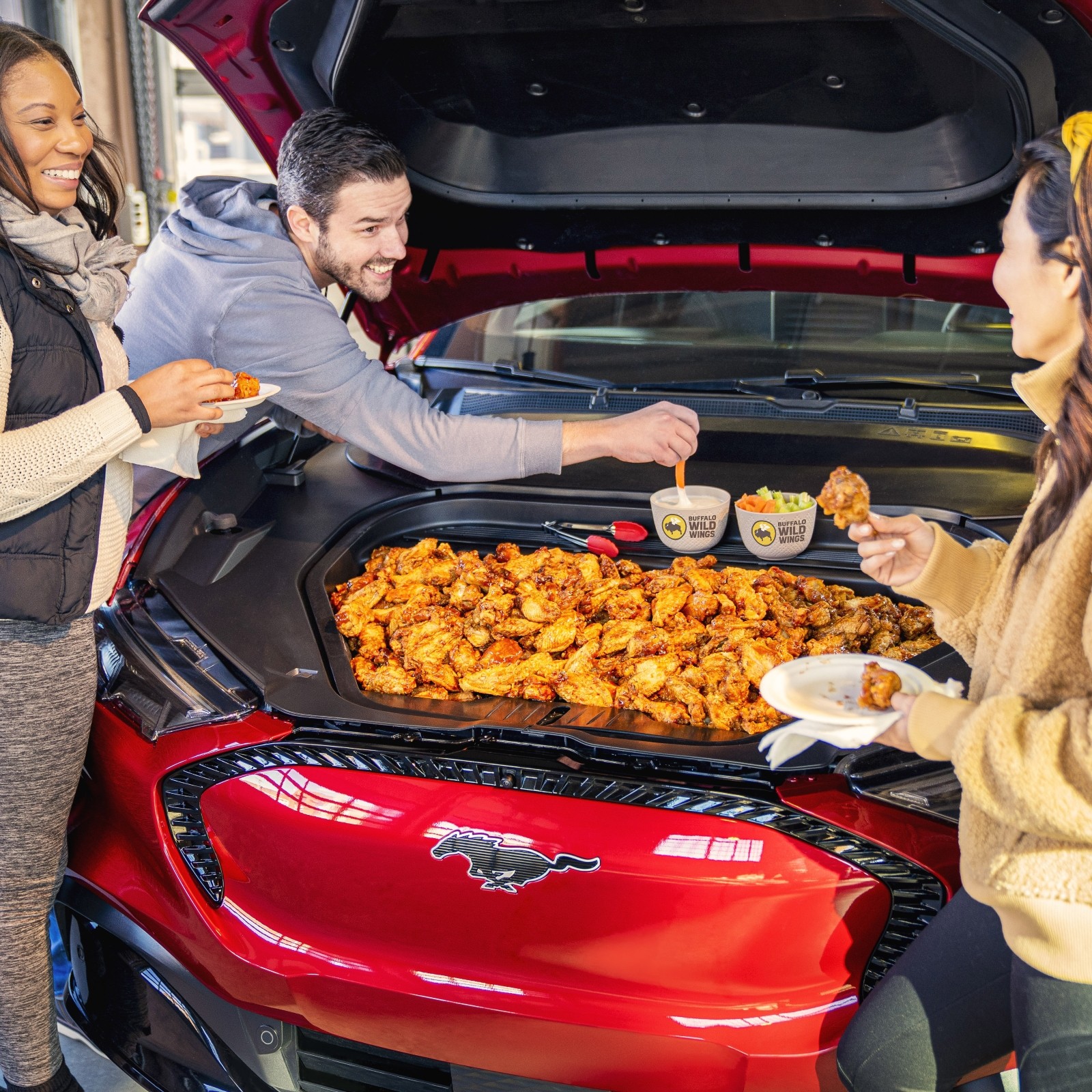 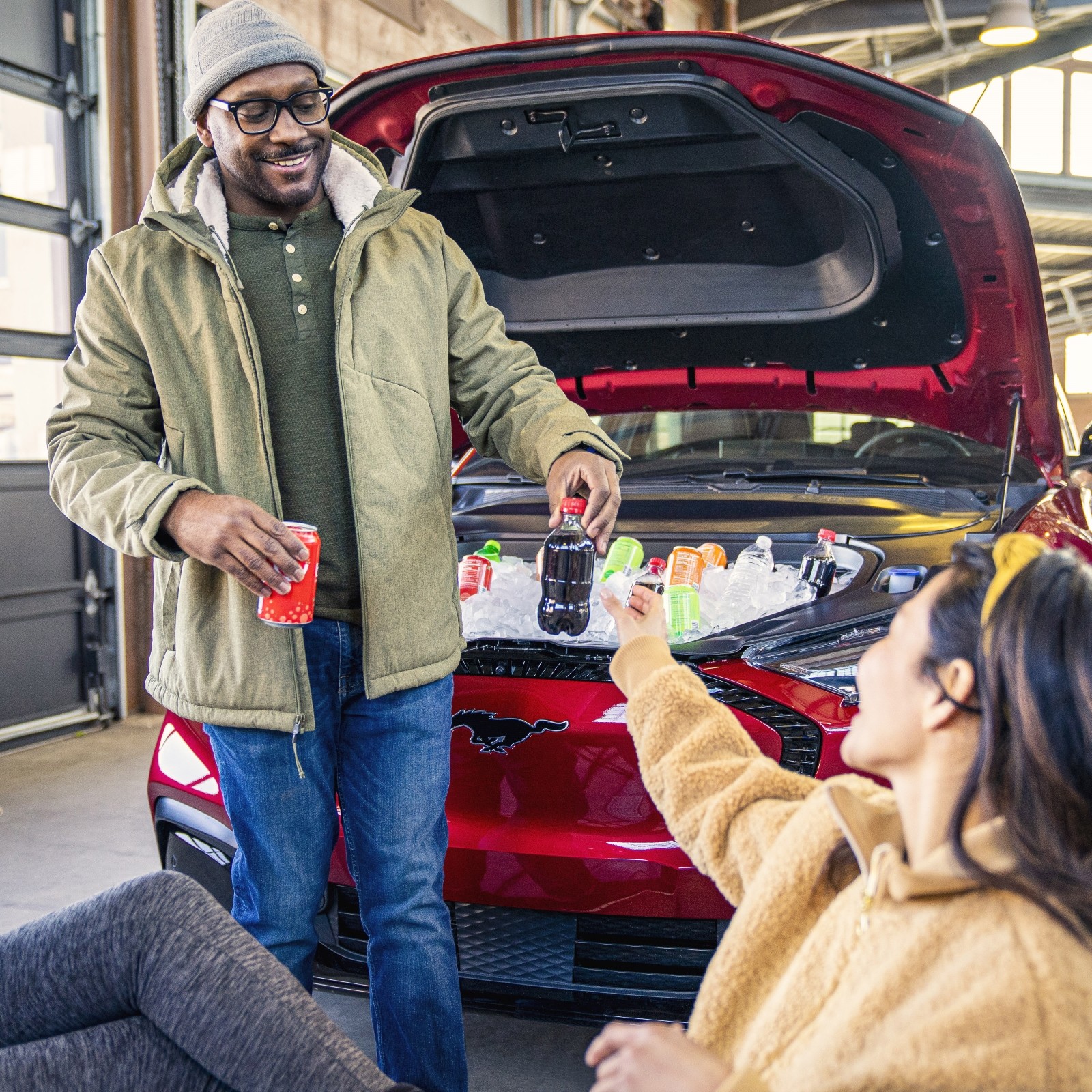