Buyers in the U.S. have begged for a rugged Ford Ranger Raptor Stateside. Unfortunately, it looks like we likely won't get the tough truck until 2020 (if at all). But Hennessey has a remedy for the Raptor blues. The Texas shop today unveiled its outrageous-looking VelociRaptor Ranger, complete with off-road cues inspired by Raptor – and then some.

Not only is the Hennessey VelociRaptor Ranger larger (both in width and height), it's more powerful, too. Ford's turbocharged 2.3-liter engine is underhood, but Hennessey engineers boost power from just 270 horses (201 kilowatts) to a raucous 350 (260 kW), and torque from 310 pound-feet (420 Newton-meters) to 385 (521 Nm). That's way more than the 300-hp Ranger tune Hennessey touted last month.

All that extra oomph comes courtesy of a new high-flow air induction system, a stainless steel catback exhaust system, and a retuned ECU. The VelociRaptor will get to 60 miles per hour (96 kilometers per hour) in 6.1 seconds. The modded Hennessey is 1.3 seconds quicker than the factory Ranger, and nearly as quick as the F-150 Raptor (5.7 seconds).

All that extra kit won't come cheap, though. The base Ford Ranger starts at $24,300, but Hennessey's upgrade is a whopping $64,950. That includes the cost of the donor Ranger. The company will build just 500 examples of the Hennessey VelociRaptor Ranger in 2019. 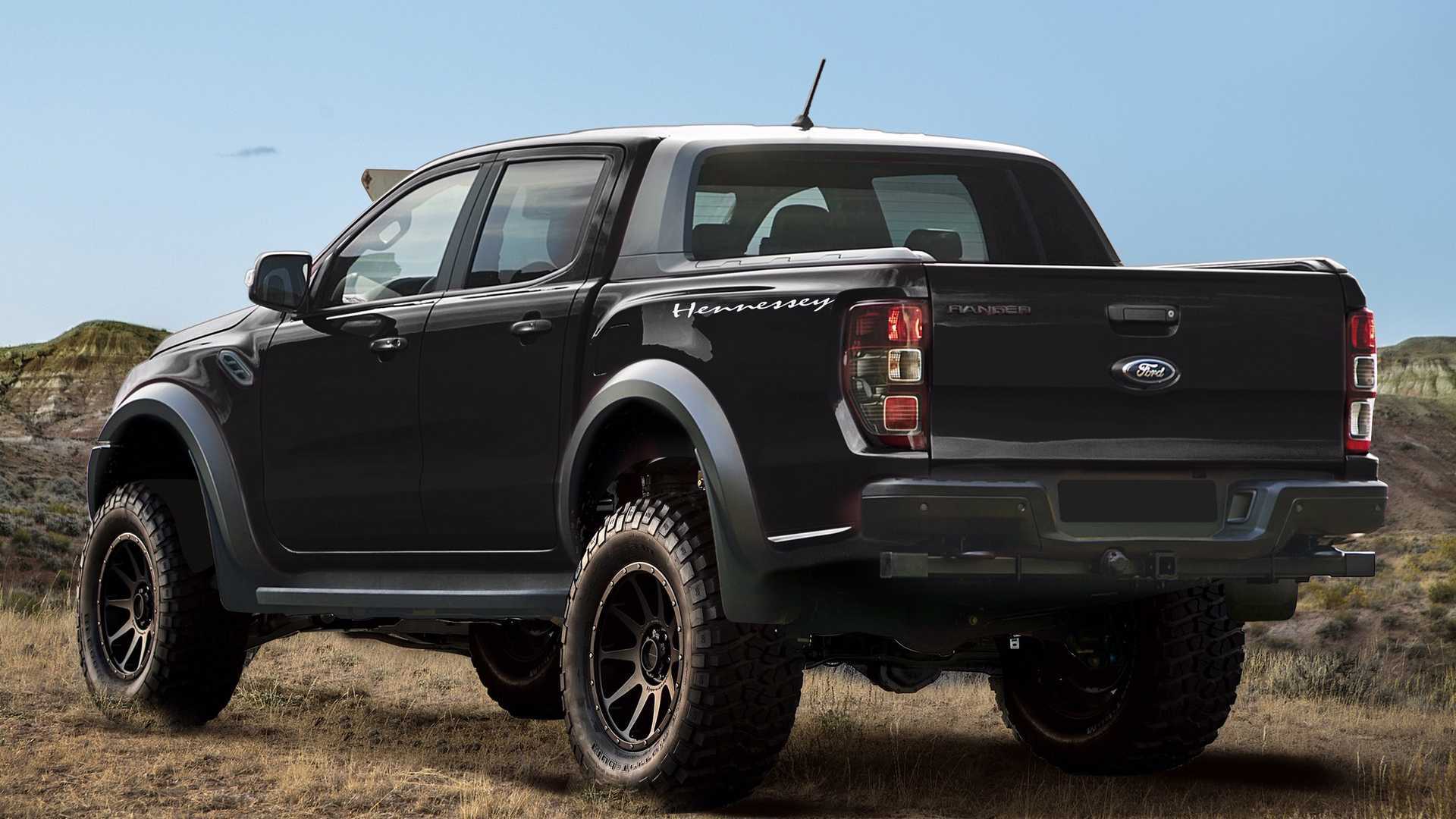