As our planet’s atmosphere becomes hotter and more polluted, sea levels are rising because the glaciers are melting.

It is a dire prospect, but one we will eventually have to prepare for – and, it seems, the solution seems to be relocate on water.

Poland-based designer Wojciech Morszty has an idea for something that is half yacht, half actual residential space, which would extend coastlines and solve the issue of the rising sea levels. "Solve" is an overstatement, but it would certainly come to meet the issue with an appropriate living space.

The concept is called Ocean Community and consists of mobile pods-houses that would float at about 800 meters from the coastline.

They're not exactly yachts because they're meant to be full-time residences, but they are mobile. Morszty doesn't say what would propel them around, but he imagines a future when they could be used to transport their residents back on land if they want to be there, and then dock at a stationary center for life on water.

These pods will effectively help humans form colonies on water. They will be fully autonomous and, by the looks of the renders in the gallery, quite luxurious. Not exactly designed for family life (imagine a kid running amok in that immaculate, sparse, futuristic living space!), but they will be luxurious.

In addition to being autonomous, the floating homes would harness sustainable energy like water, sun and wind. This would allow for a completely sustainable – and off the electric grid – life at sea. For everything else, residents could simply float back to land and make sure they got it.

"The creation of these new structures will serve as fully functional living spaces connected with existing land infrastructure so that new ocean communities become a natural extension of coastal cities," Morszty says of the concept. 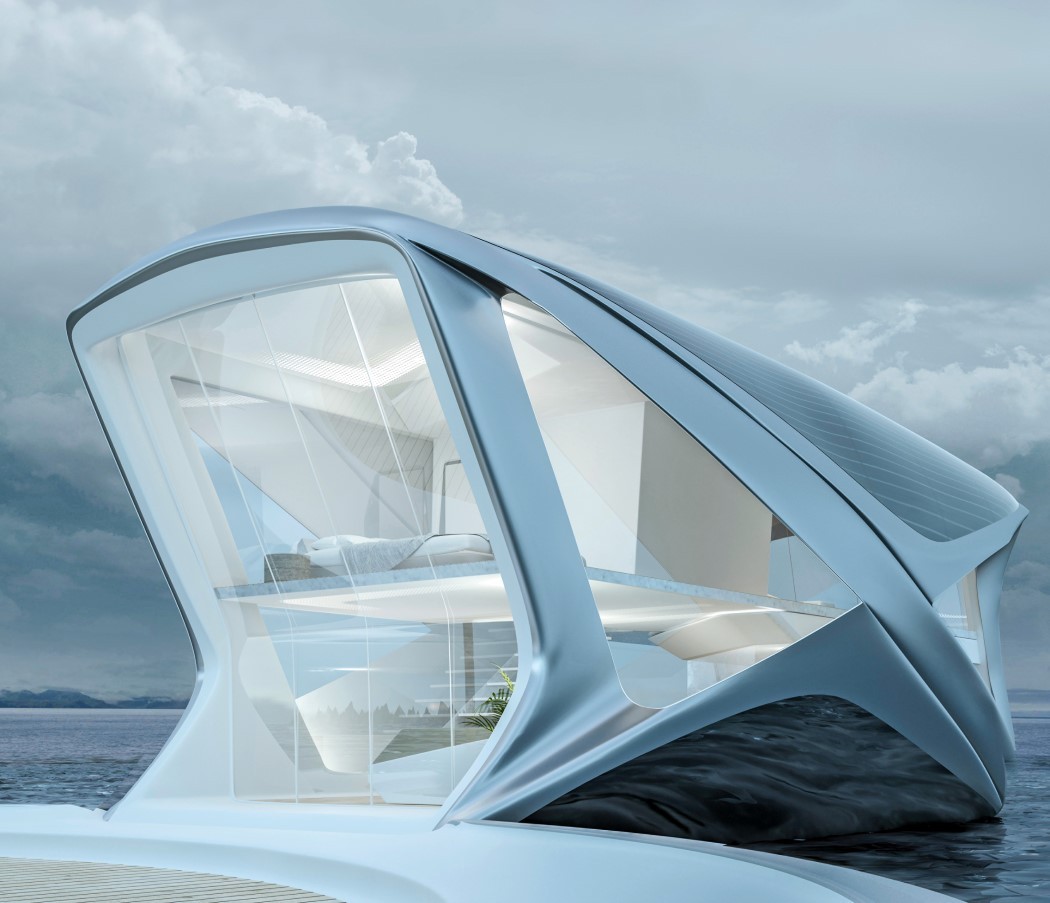 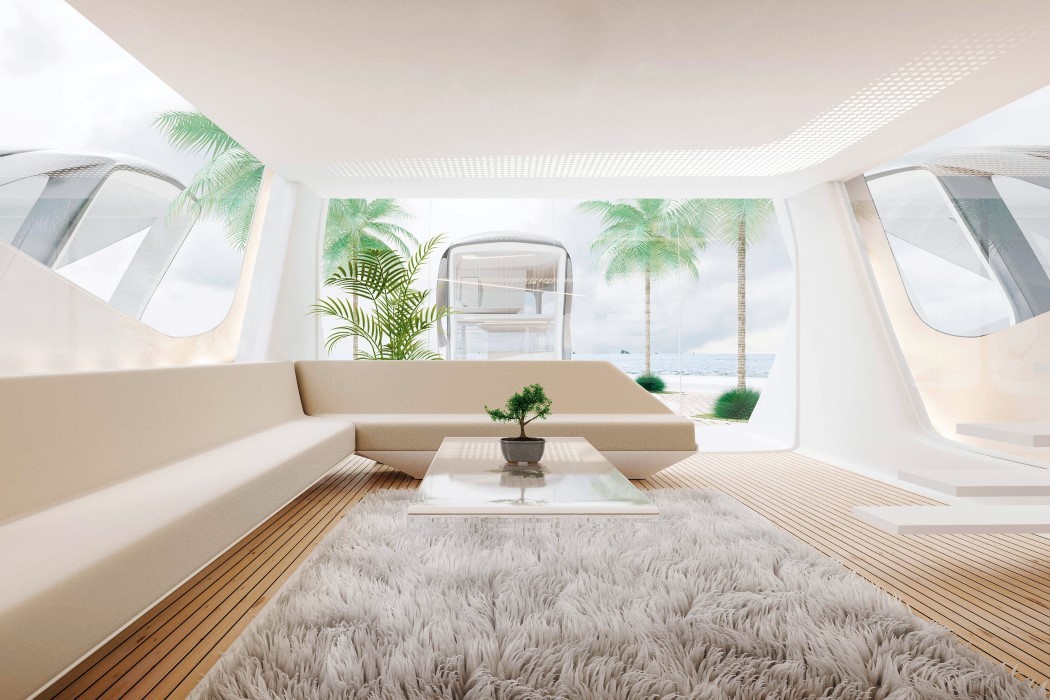