Honda gives us power figures for the electric Honda E, plus new photos

The turning radius is better than a Smart car

Honda just released some more official information regarding the cute Honda E electric car we sadly won't get. Just look at it racing around that track. Our envy only grows with time. The little hatch is going to have approximately 148 horsepower and "more than" 221 pound-feet of torque from its single electric motor powering the rear wheels. A 35.5 kWh battery pack under the floor will be providing the energy, aiding a center of gravity only 19.7 inches from the ground.

A turning radius of just over 14 feet is quoted from Honda. That's an astounding figure. For comparison, the Smart ForTwo Electric Drive had a turning radius of 22.8 feet. Honda is truly taking the city car thing seriously here. Top Gear got a chance to chat with the Honda E's project leader, Kohei Hitomi, to learn even more about the car.

"So the appearance needed to be very friendly and sympathetic. That is why the exterior design is a little bit associated with the first-generation Civic, which was a very friendly and cute car. We integrate a lot of functionality — the door handles, wipers and so on — and hide it optically so that it doesn't stand out at first glance," Hitomi said.

Then Hitomi explained why the car is so small with a range of only about 124 miles. Honda just doesn't want any part of the battery range war, and that's why Honda decided to make the Honda E the way it is.

"If we look at the market at the moment," says Hitomi, "there is a trend where manufacturers are competing with each other with driving range. Consequently, batteries are getting bigger and heavier. From Honda's perspective, this is counterproductive, because that makes cars bigger and impractical for city usage. We believe a range of more than 200 km with charging up to 80 percent in 30 minutes is practical for daily usage — not always carrying a huge and heavy battery around for maybe that one time at the end of the week where you have to drive a long distance."

It's important to remember that this car is designed and meant for European city streets. An electric car with such little range at this point is tough to sell when most everything else on the market can offer significantly more miles on a full charge. That said, the vast majority of trips we take on a daily basis don't demand any more range than what the Honda E provides. 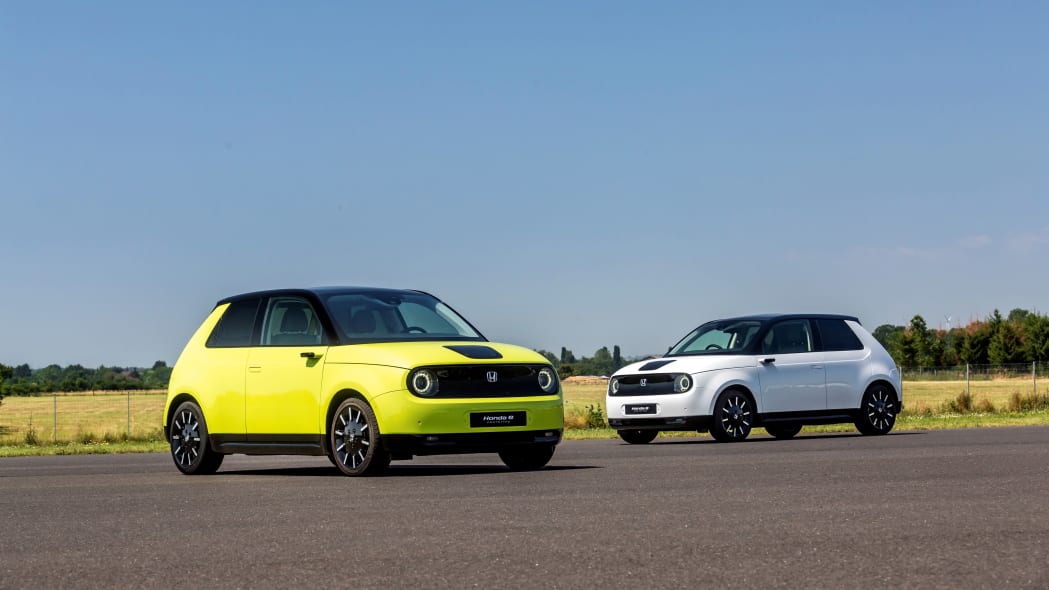