Where do you meet the nicest people again? You know.

Finding your people—whoever 'your people' are—is a powerful thing. Sometimes, it might even be difficult to put into words, but you just feel it in your bones. That's the magic of meeting other bike people, right? What if someone was able to put that feeling into words—and they threw in some great drawings, for good measure?

Folks, there's about to be a Honda Super Cub anime series. It's based on a Comic Newtype manga series that's based on a novel series from the huge Japanese publishing house Kadokawa. Fittingly, it's very simply called Super Cub.

Do you remember the first time you fell in love with a bike? Do you remember all the great people and experiences you had when you were figuring all this new-to-you bike stuff out? That's what the manga is about, and hopefully that's what we'll see onscreen in the anime. The series will be directed by Toshiro Fujii (Boruto: Naruto Next Generations, Pokemon the Movie: Hoopa and the Clash of Ages), written by Toshizo Nemoto (Macross Delta, SD Gundam Force), will feature character designs by Satoshi Imanishi, and will be produced by Studio KAI.

Although the novel series apparently came first, it's clear from reading the manga that someone cares about Cubs, riding, and, crucially, also meeting the nicest people on a Honda. If you live for Cubs, you probably already know about this series—but for everyone else, here's a brief synopsis.

Main character Koguma is having a rough time and has lost just about everything in her life. Then, when she's getting really depressed, she finds a crazy deal on a used Super Cub. The seller tells her the bike is so cheap because it apparently killed some people(!), but she's fine with that, so she plunks down around US $100 and rolls off on a used Cub with just 500km (or 311 miles) on the odometer.

She hasn't ridden before, but a Super Cub is a great first bike. The seller wisely talks her into a brand-new helmet and gloves, and away she goes. You learn with her as she gets to grips with gassing the bike up, getting rain gear and learning that riding in the rain isn't so bad—and making inseparable friends with That One Kid With The Same Bike As You.

It's very much a slice-of-life series—but it's a slice of bike life series that I'm sure a lot of us can find pretty relatable. Here's hoping the anime is as charming as the manga. Also, now I really want that Honda CT125 Concept to become a real bike. 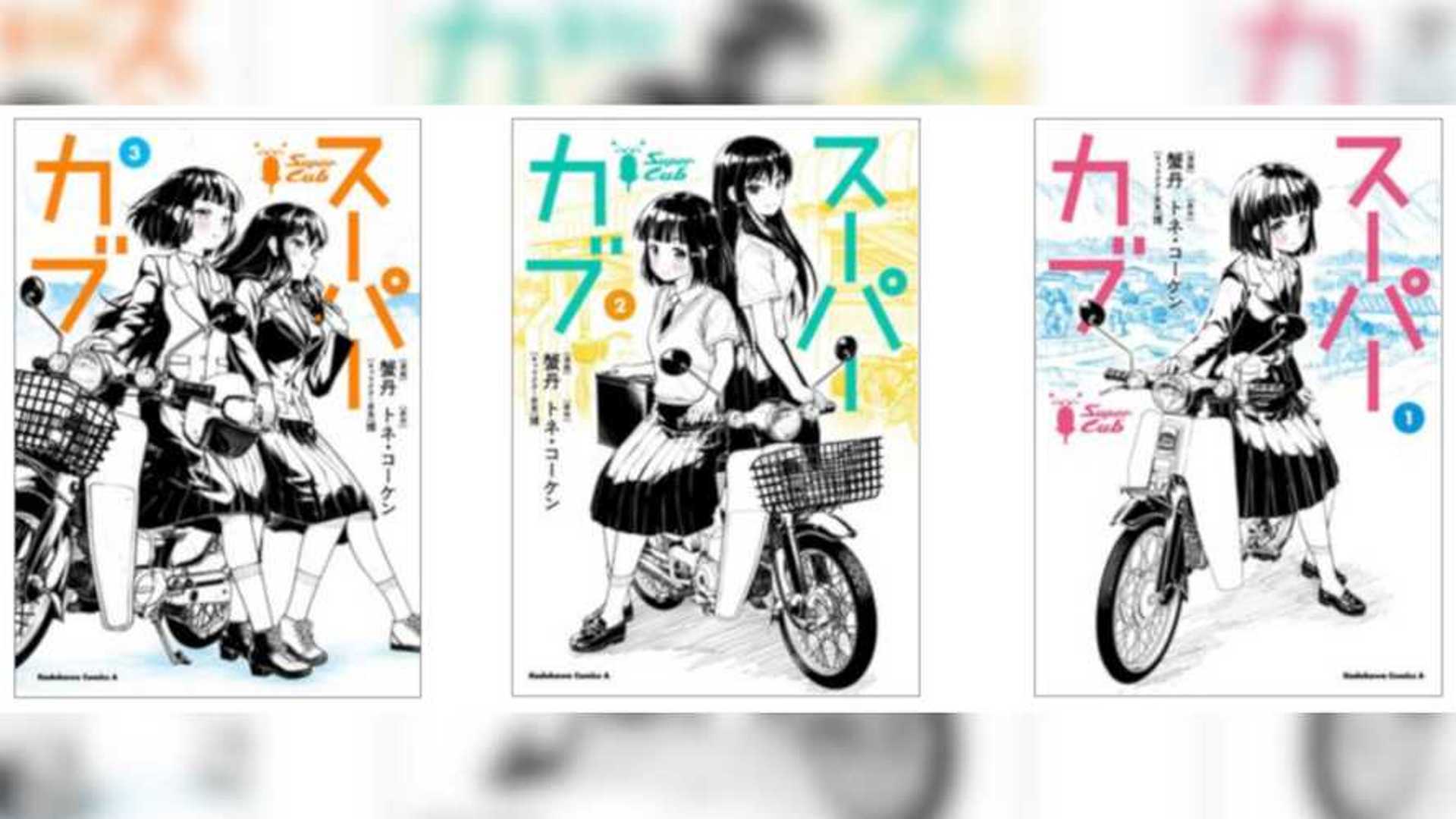 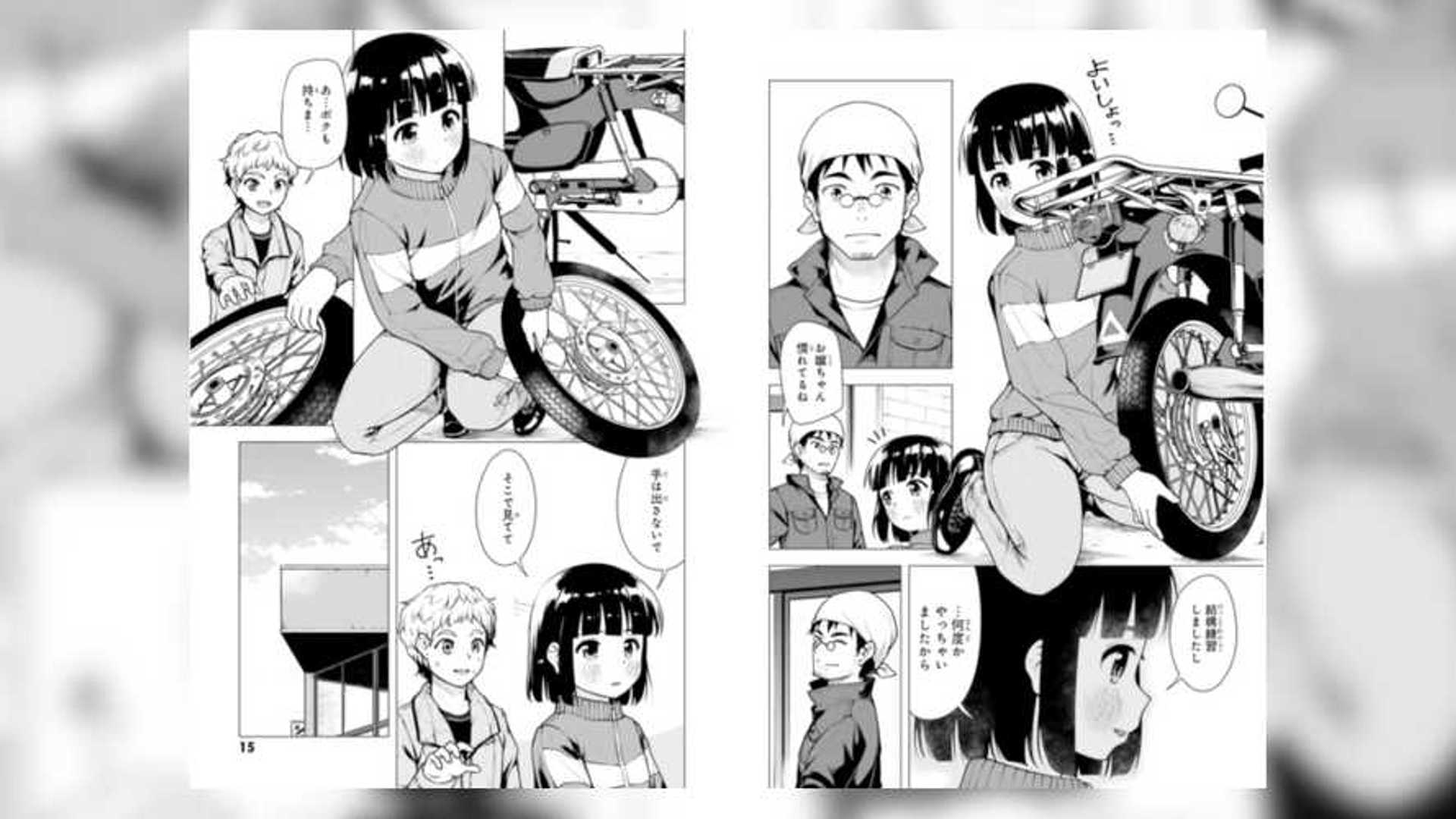