How Many Rugby Players Can You Fit into a Chevrolet Aveo? How many people can you fit into a car? It's a question that's been asked about any number of small cars.

They're usually Volkswagen models, and those determined to find the answer are most likely to be a group of relatively small and flexible individuals. But Chevrolet has taken a different approach.

The American automaker's British division wants to know how many rugby players can fit inside a new Aveo – one of its smallest vehicles, also known as the Sonic on this side of the Mayflower's journey. But rather than answer the question itself, it has launched a competition across the UK. With the rugby season about to kick off, whichever team fits the most of its players into an Aveo by the end of the year will win a whole mess of new equipment. 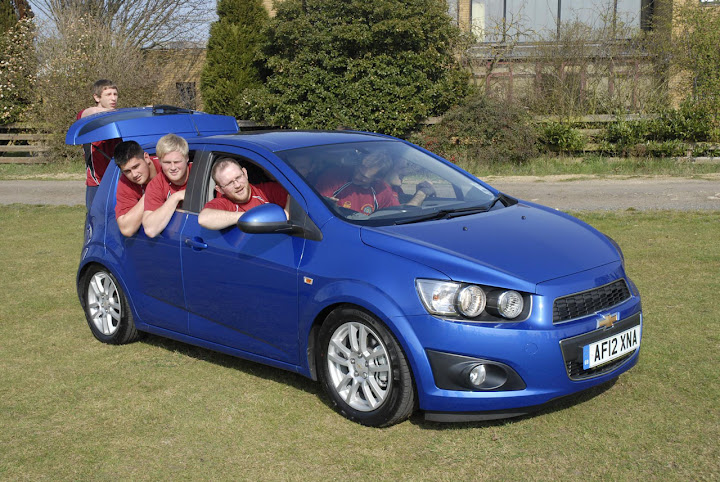