It's insanely cool, but this versatility doesn't come cheap.

Evolution tells us that, approximately 400 million years ago, fish made their way onto land as the first amphibians. That led to further development of life, and while this very curious boat with tracks isn't a product of biology, there's a comfortable full-circle symmetry at work here. Also, it's a freaking boat with tank treads. Sort of, anyway.

This truly amphibious boat is called the Iguana X100, and as you can clearly see from the video and screenshots below this is one rig that laughs at trailers and tow vehicles. Admittedly, those cool retractable tracks aren't what you'd find on a modern main battle tank. They're actually sourced from Caterpillar, but they totally succeed at giving this 32-foot boat the ability to approach the shore and drive onto land without difficulty. In fact, according to Iguana's website, the X100 can tackle straight-line inclines of 29 degrees, or in varying terrain, it can go past 45 degrees. Once on terra firma, the skid-steer functionality of the tracks allows the driver captain person at the controls to easily maneuver the big boat into position.

In the water, the tracks fold into the side of the X100. And lest you think this is a parlor trick for something that will lounge around the lake at idle, Iguana mounts a pair of 300-horsepower (224-kilowatt) outboard engines on the back. At full power, this amphibian can exceed 50 mph, and with a 40-gallon fuel tank, it has an on-water range of 150 miles. As for range on land, let's just say this isn't something you'll be driving down the street. If you have waterfront property though, it seems like a crazy convenient feature for bringing your boat into the garage for some detailing or mechanical work.

As you might expect, there is a cost for such convenience. Motor Boat & Yachting reports the Iguana X100 starts at €220,000, which is $241,520 in U.S. currency. That's not a small figure considering this big 32-footer is essentially an open-bow runabout with no cabin or restroom facilities. Then again, the looks from bystanders when this boat actually drives onto a beach could well be worth the price of admission. 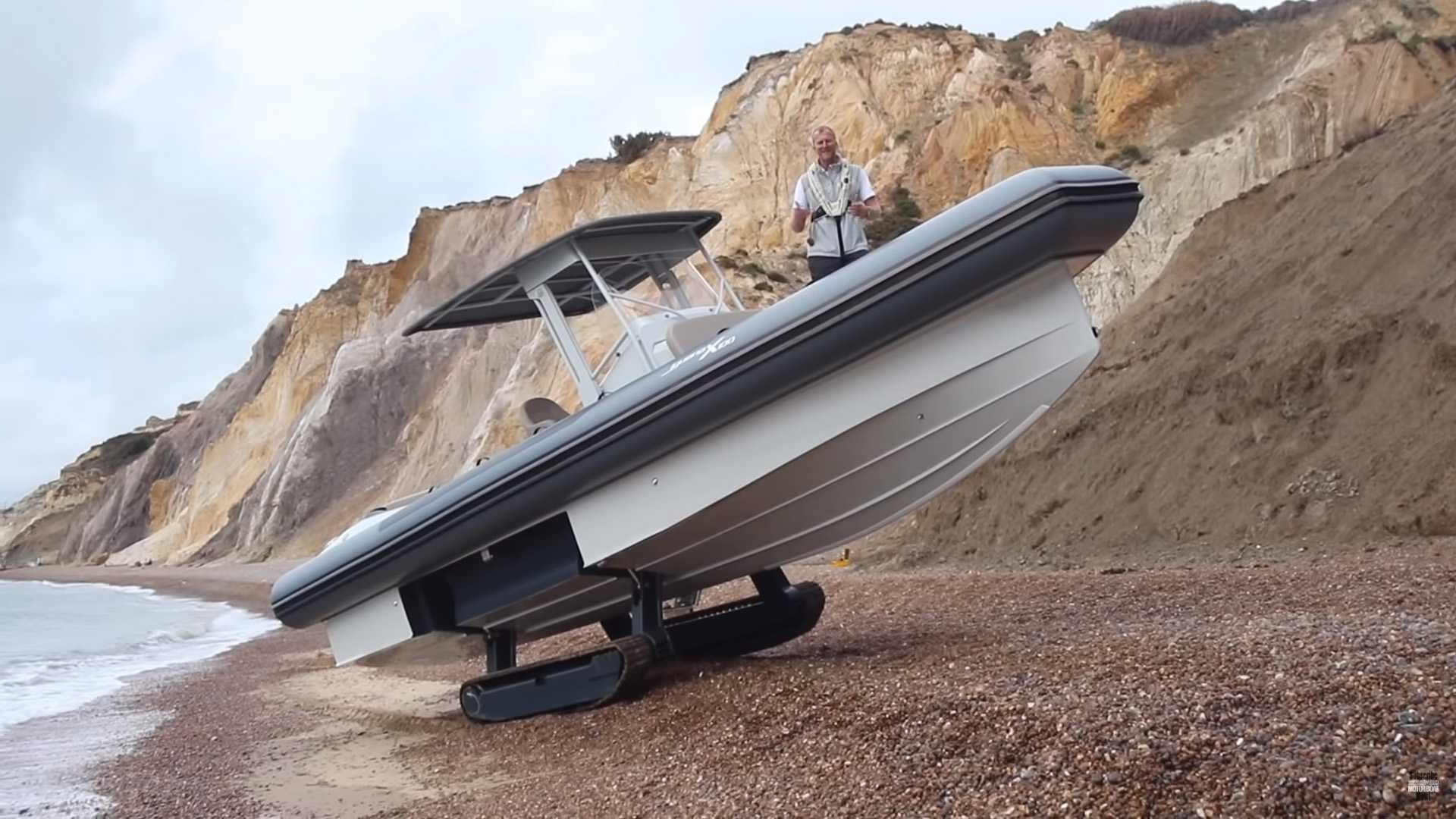