Jason Momoa is a self-professed Knucklehead and, arguably, one of the coolest dudes to ever walk the face of the earth.

Possibly one of the most handsome, but that's another story.

In June 2019, the Game of Thrones star revealed he'd built a Knucklehead from scratch, for his kids and with their help, from a broken motor he'd been keeping around for nearly 3 decades. Because he'd planned to take the two children out for rides, he had no other choice but to put a sidecar on the bike as well. Otherwise, his wife would have killed him, he admitted.

Since then, we've had glimpses of the bike on Momoa's social media and even a longer appearance on James Corden's talk show. Momoa showed up with a pair of Knuckleheads to take Corden out for a ride, but they eventually settled on the customized one with the sidecar, as Corden was clearly not able to ride out.

Also then, we saw that both the seat of the bike and the inside of the sidecar were lined with fur. This sounds silly in writing, but it actually adds to the Mad Max-feel of the machine, making it even more rugged, more savage, if such a thing is possible.

Last weekend, we got another glimpse of the bike and, at the same time, confirmation that fur lining wasn't just for Corden's show. Momoa went out for a ride with a friend and posted about it on social media. Since we don't even need an excuse to look at awesome bikes and the awesome men or women riding them, here we are.

The pal in question is Jeremiah of Love Cycles. He actually helped Momoa build the bike, fixing the motor and then putting the machine together with parts from other motorcycles. Love Cycles actually specializes in pre-1984 Harley-Davidsons, either fixing or (re)building them. They also trade in old vintage parts as authorized dealers.

Jeremiah got to ride in the sidecar. And, while you'd be tempted to think a Harley with a sidecar is somehow less awesome or less cool, here's Jason Momoa and his awesome ride to contradict you. 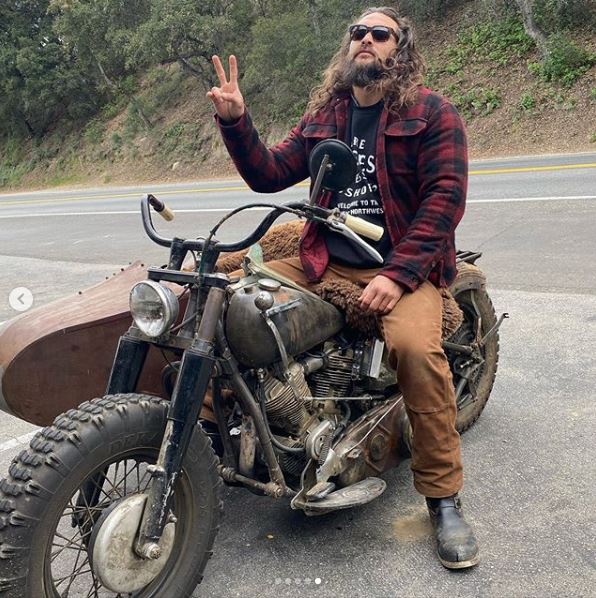 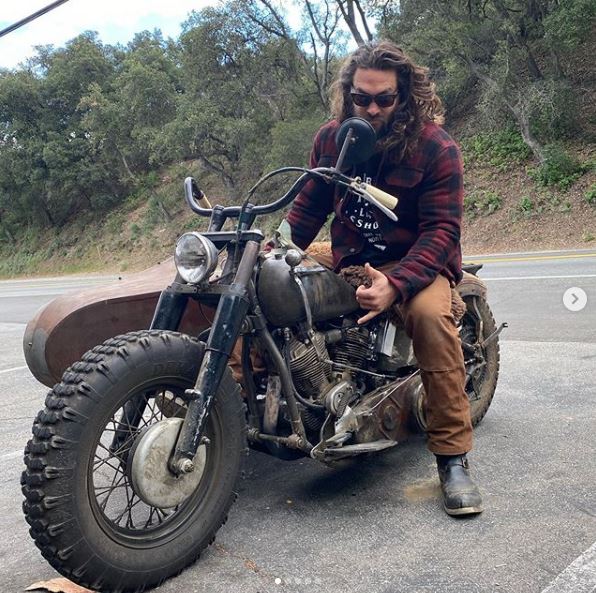