custom carfunny
Instead of a horse at the front, this buggy has a jet engine creating thrust out of the back.

The Amish are a group in the United States that stick by a traditional way of life, including eschewing electricity and – most importantly for this story – traveling by horse and buggy. Therefore sticking a jet engine onto one of their wooden carts and using it for drag racing exhibitions makes for a very weird ride.

As with many odd vehicles, this one stems from a mistake during late-night web surfing. One of the builders was shopping for a turbine engine. Rather than getting turboshaft powerplant that outputs through a shaft, he accidentally bought a turbojet that shoots hot gasses out the back to create thrust. Since the guys live in Amish country, they thought it was a fun idea to mount this thing to a buggy.

A steel subframe strengthens the vehicle to handle the weight and power from the jet engine. On the inside, there's a racing seat and custom control panel using a mix of automotive and aviation gauges.

While you might think a jet-powered buggy would be lightning quick, but the owners report that it tops out at 55 or 60 miles per hour (88.5 to 96.5 kilometers per hour). That's a lot faster than a horse could ever pull this wagon, though. The owners aren't concerned about the relatively low speed because there's no roll cage, so any crash could result in serious, even fatal, injuries.

The jet-powered buggy puts on an impressive show. The blue plume of hot gas looks impressive, especially after the sun sets. The engine roars, too. People love watching this weird wagon going down the track, even if it's not that quick. 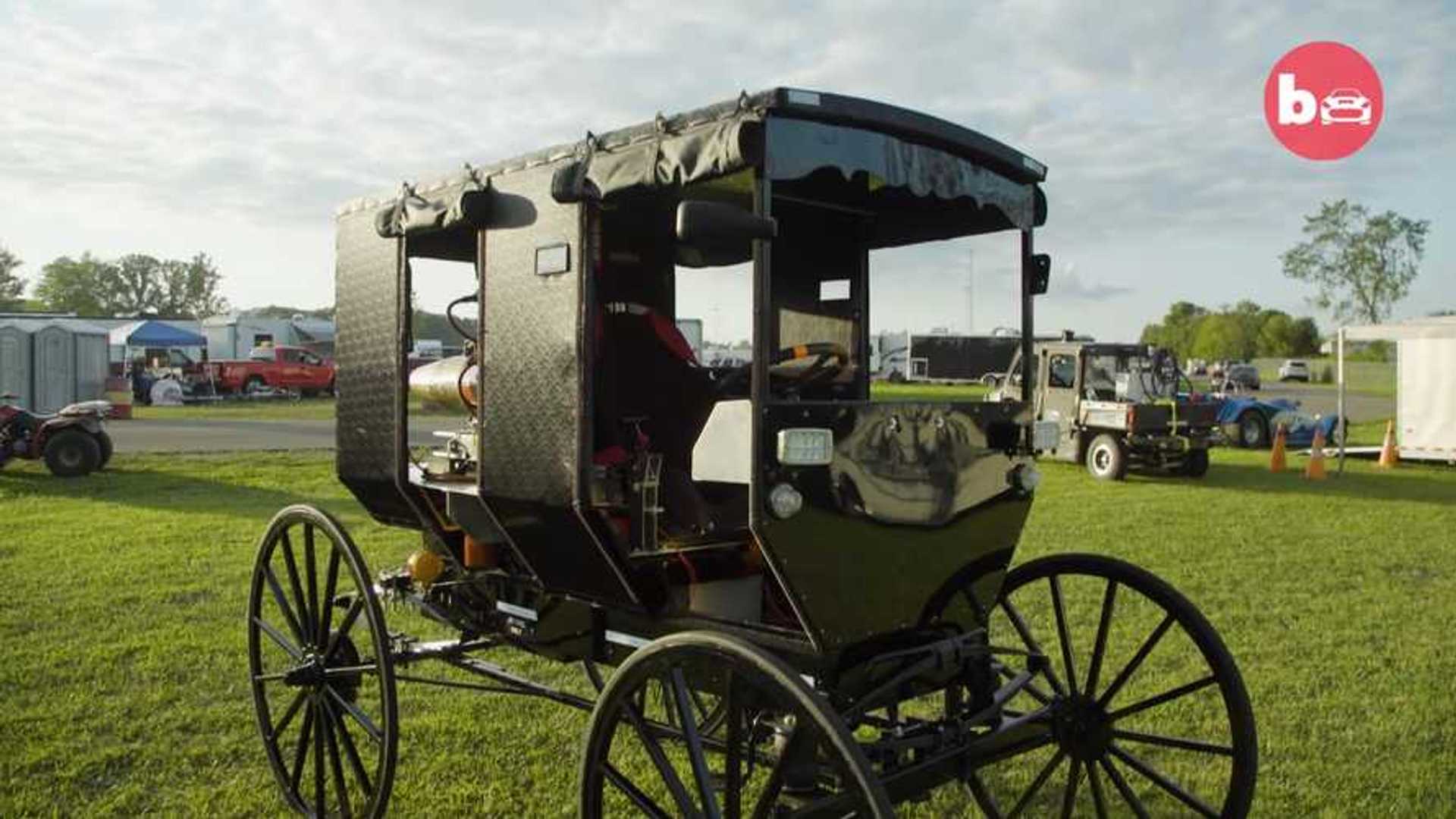 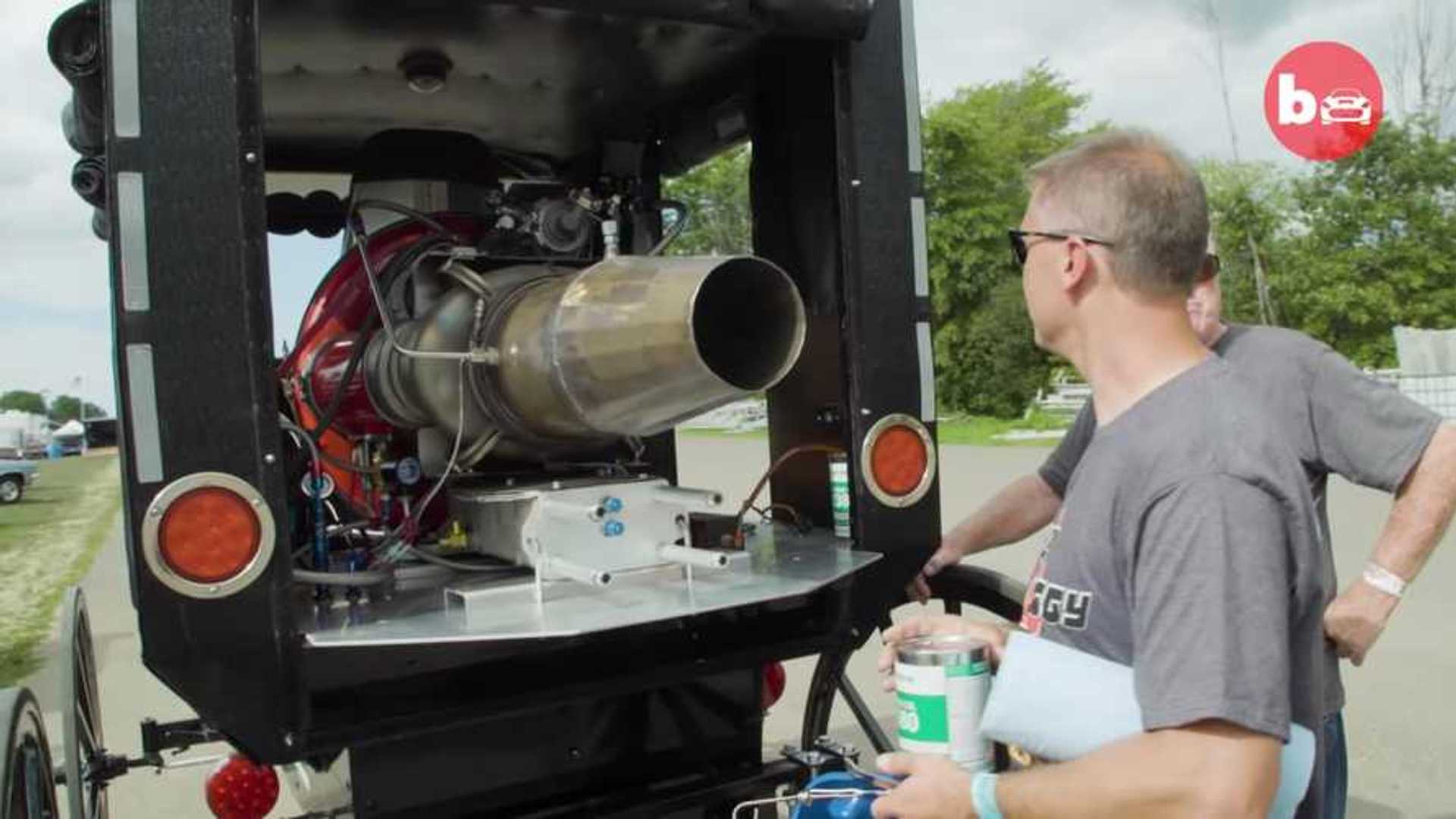