lamborghiniLamborghini Huracán Sterrato
The rugged supercar is just days away from its unveiling.

The Lamborghini Huracan Sterrato will debut November 30 at Art Basel in Miami Beach, Florida. With a just a few days before the premiere, the automaker looks back on the original concept for the off-road ready supercar.

"The Sterrato is one of the projects closest to my heart," said Rouven Mohr, Automobili Lamborghini Chief Technical Officer. "We were testing at Nardò on the ‘Strada Bianca’ and some of us had the idea of also driving an old and modified Huracán on this dirt track. In the evening, following the first test, I was having dinner with Maurizio Reggiani and Mitja Borkert and we elaborated on the idea of creating a car halfway between the Huracan and the Urus. The goal was not so much to create an off-road vehicle but rather an unprecedented super sports car for all surface conditions. So we then built the prototype, a truly incredible car: a lot of fun to drive on dirt roads and with a true rally set-up. Now, I’m proud to see the birth of the definitive version, which will also make our customers very happy."

The Sterrato concept debuted in June 2019. At the time, Lamborghini claimed it had no plans to build the model. The special Huracan had a ride height 1.85 inches (47 millimeters) taller than stock. The front and rear track were 1.18 inches (30 millimeters) wider, and fender flares covered the broader stance. The 20-inch wheels had taller sidewalls and a chunkier tread pattern for better traction off-road than the supercar's usual street-focused rubber.

Lamborghini made the Sterrato more capable in rugged conditions by reinforcing the front frame and side skirts. Skid plates protected the mechanical components. The body also had a pair of LED light bars on the nose and a wider one on the roof.

The production-spec Sterrato (above) looks a bit different than the concept. Most notably, the light bar on the roof is gone. Instead, the company fits a rack there and a scoop for directing air to the engine. The rear fascia tilts upward at a steep angle for an aggressive look that should also improve the departure angle.

We don't yet have photos inside the road-going Sterrato. The concept had a titanium roll cage, four-point harnesses, carbon shell seats, and aluminum floor panels.

The production Sterrato is the final Lamborghini to use a naturally aspirated combustion engine without any hybrid assistance. The mill's power output is still a mystery. Like the concept, we expect the model to have all-wheel drive. 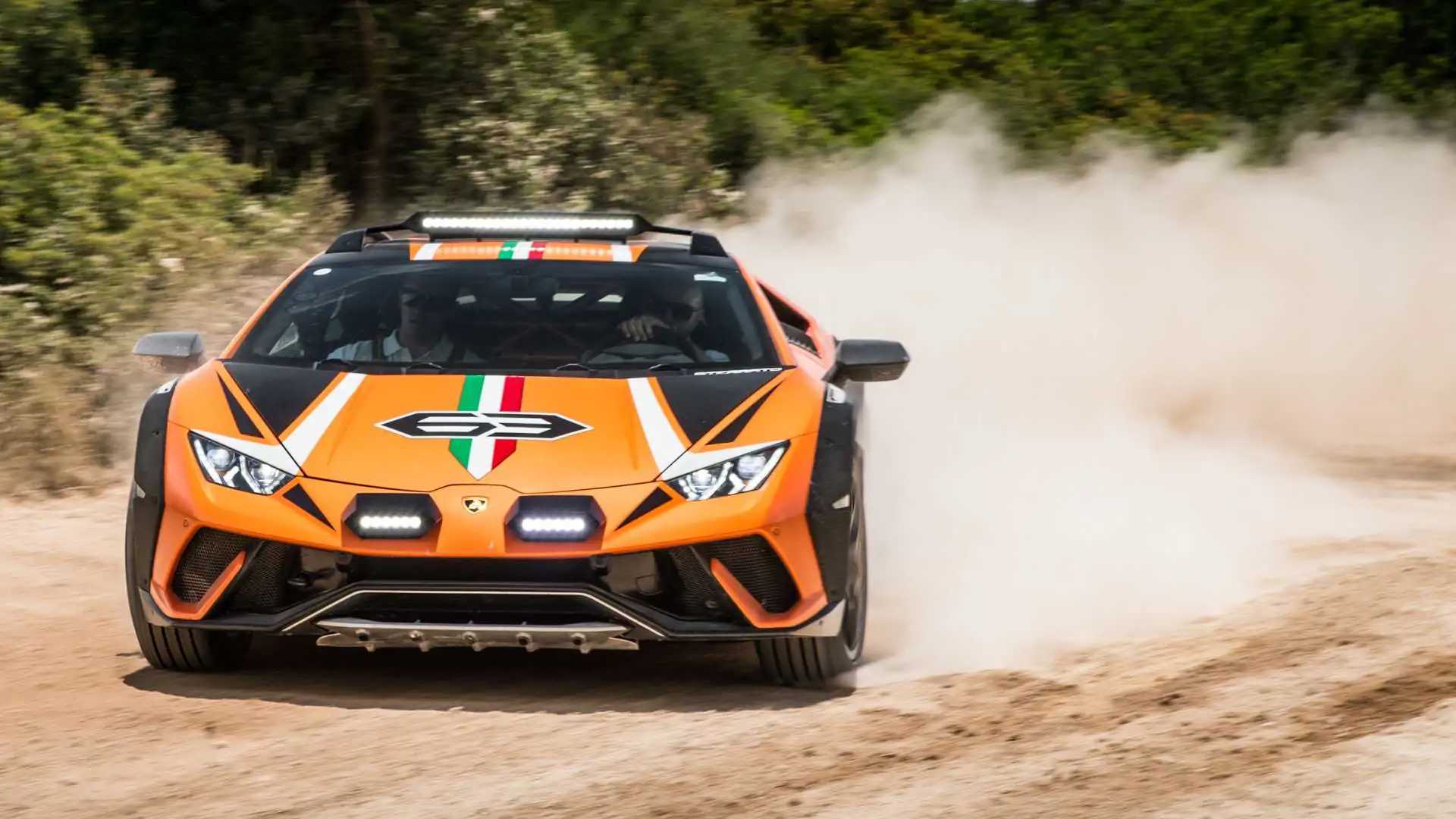 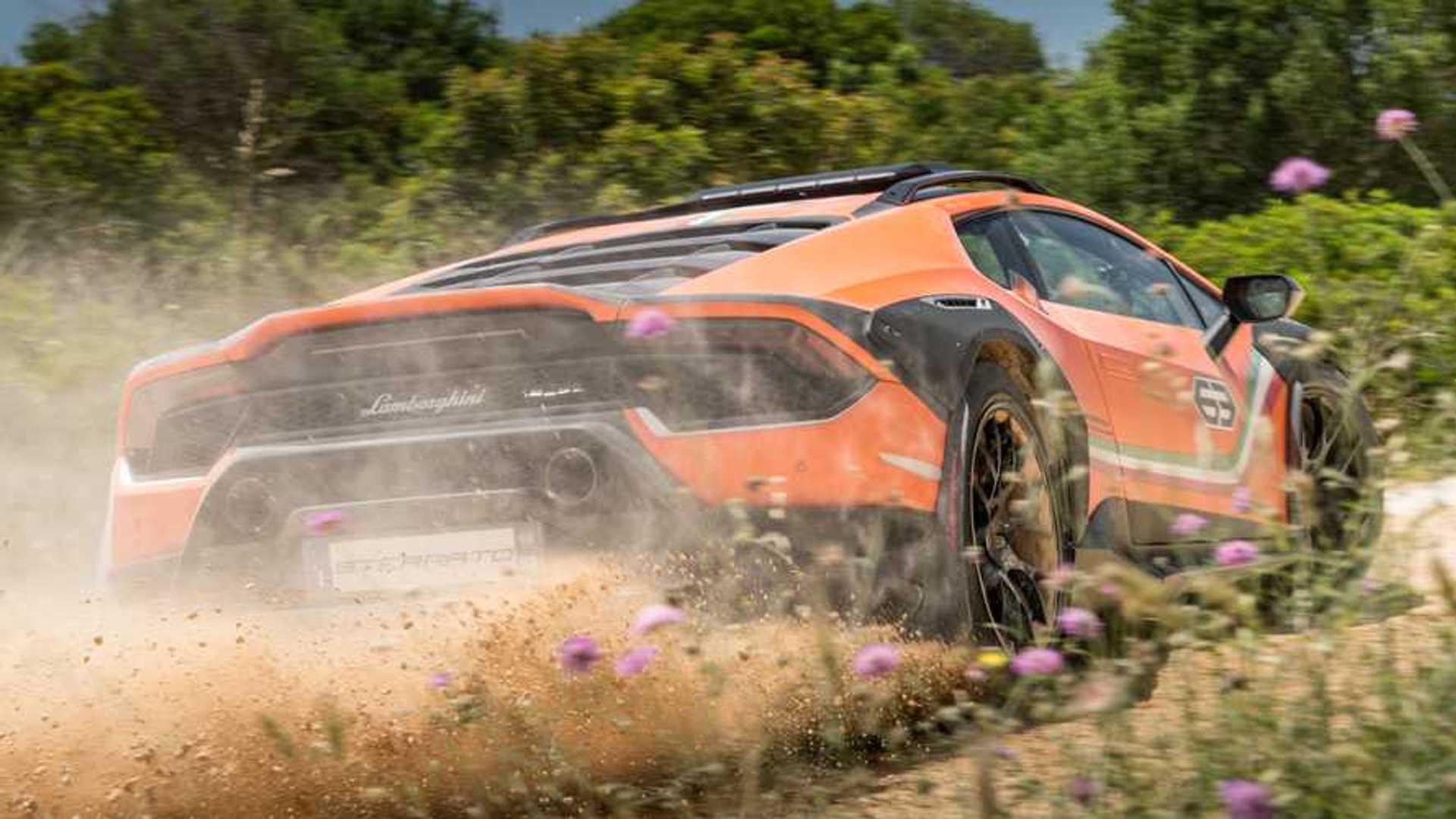 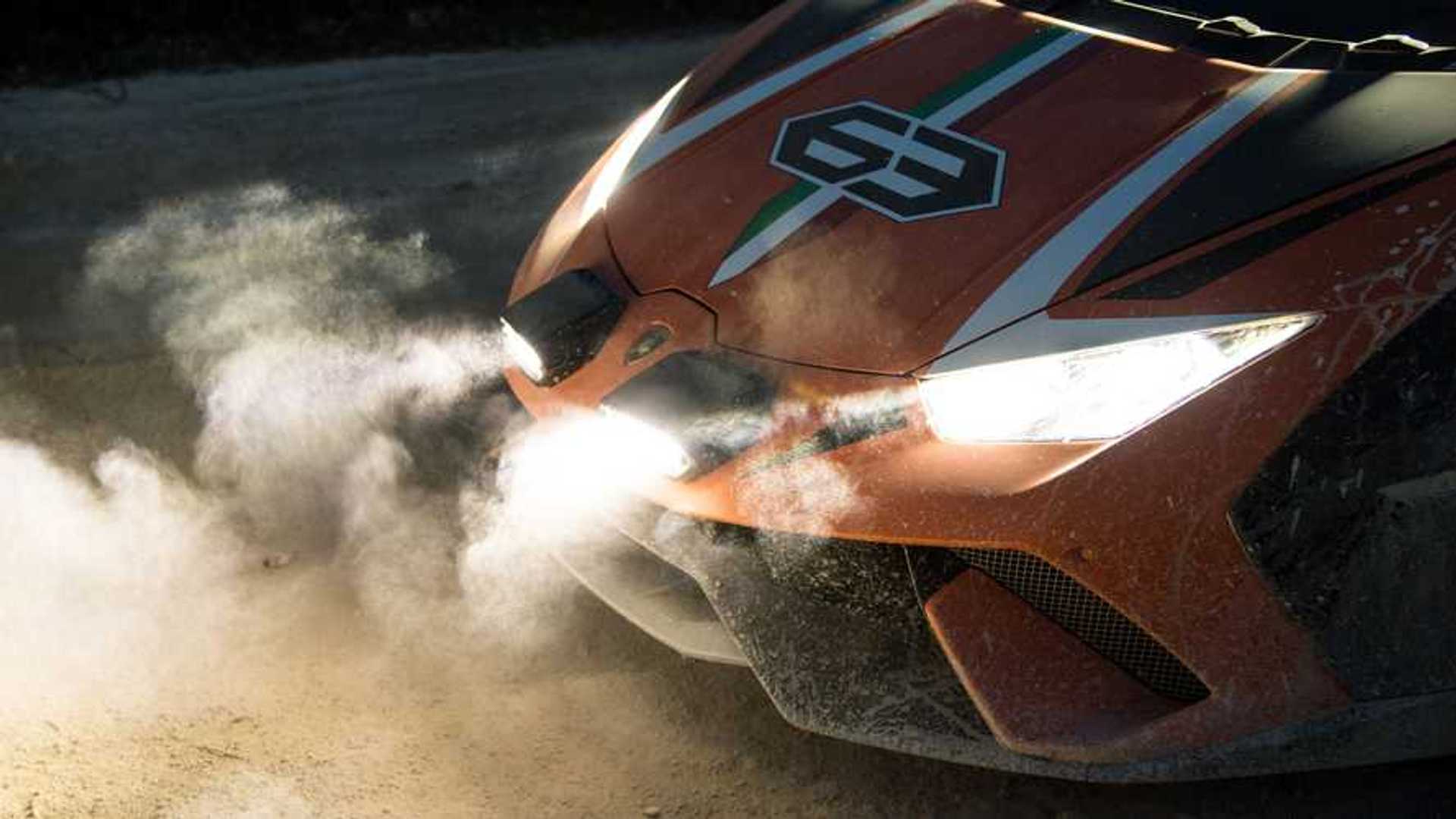