mark zuckerbergsurfboard
These days, Mark Zuckerberg makes headlines for a variety of reasons, most of them having to do with Facebook’s refusal to stifle hate speech and / or propaganda on the platform.

He's taking some time out from all of that to catch some waves.

Zuckerberg is a billionaire and, while he's known to have comparatively modest tastes, he too splurges. His latest toy seems to be an eFoil surfboard of the kind that's rising in popularity with thrill seekers. He took one out for some water fun at the weekend in Hawaii.

The New York Post says that this particular surfboard he's riding is an eFoil priced at $12,000. The publication doesn't name the brand and no paparazzi photo available online shows a logo on the surfboard, but to be sure, $12,000 is in the ballpark of most high-end electric surfboards. The eFoil type can be ridden both as a board and an eFoil, which means it will soar above the water, with the experience being compared to flying (though it doesn't soar THAT high up).

Zuckerberg was accompanied by pro surfer Kai Lenny, who had his own eFoil, and a full, two-person security detail that followed the two in a pneumatic boat.

Any other celebrity being spotted on such an eFoil would have meant a boost in interest for the product, but things stand differently with Zuckerberg. The fact that he chose a hoodie and full face of sunscreen (zinc oxide-based, which acts as a physical barrier for the rays of the sun, some say) for a day out in the water has garnered hilarious comparisons to water mimes, lizards, ghosts and, last but not least, The Joker.

That said, before you enjoy some of the memes below, know that cheaper eFoil surfboards are available, if you're willing to take the risk to back up a crowdfunding campaign. Last month, Waydoo introduced the Flyer One eFoil, with prices starting at under $5,000. Then again, if you're a billionaire, $12,000 is a drop in the bucket. 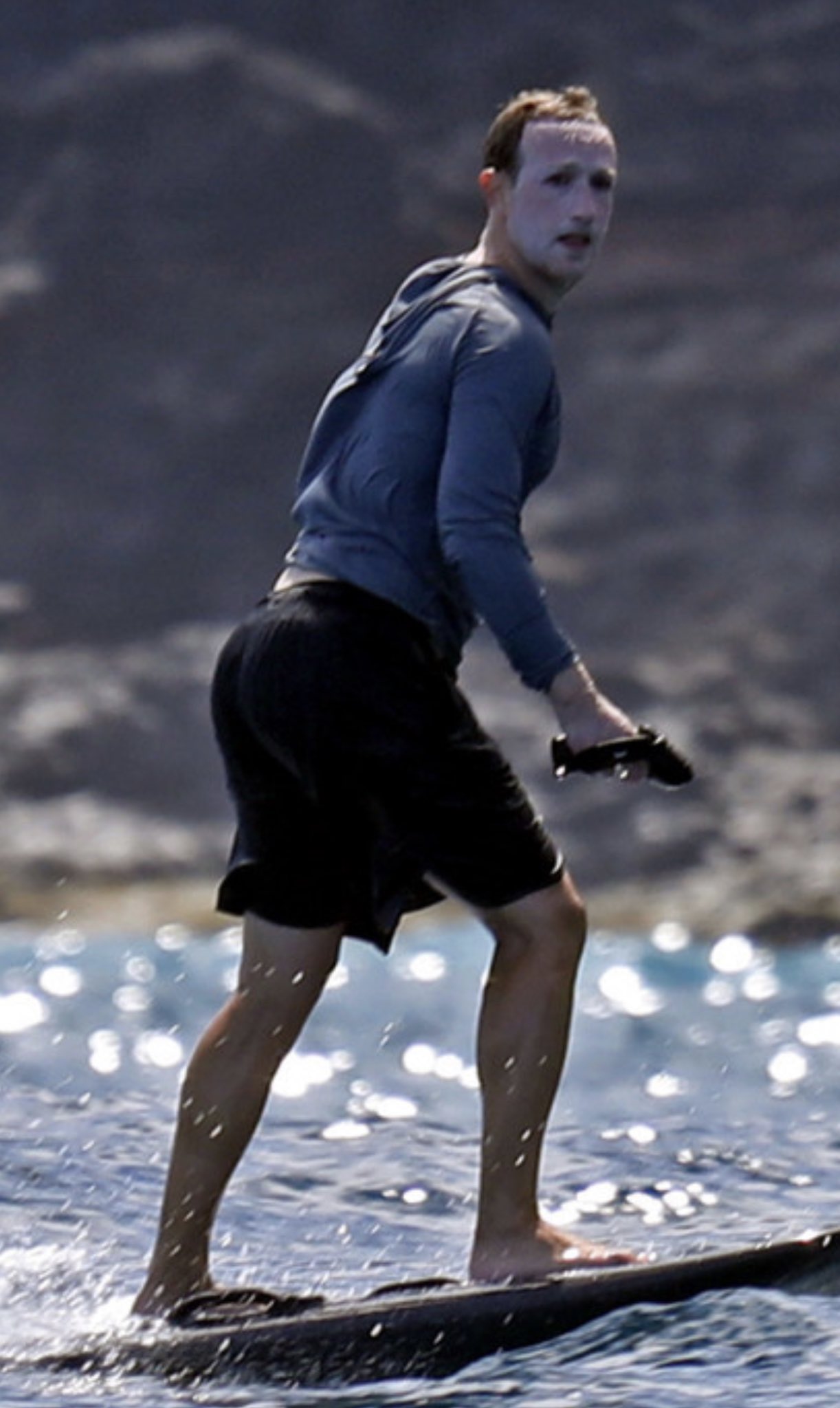