The Mercedes-AMG GT R Pro was revealed at the last L.A. Auto Show as the most hardcore version of the already hardcore standard GT R. But it seems like Mercedes wants to one-up itself again with another GT R variant. One of our spy photographers caught this GT R prototype with some curious modifications, and they might indicate that the fabled Black Series name will return on the ultimate mainline Mercedes sports car.

The key change on this car is the hood. Unlike the solid units on both the GT R and the Pro model, this hood has two enormous extractor vents on each side. In between those vents is an intake hood scoop. Mercedes is clearly trying to get more hot air out and more cool air in. This could be an indication that the company is getting more power out of the twin-turbo 4.0-liter V8, which would also be in keeping with past Black Series cars. At least 630 horsepower and 664 pound-feet of torque is possible, as that's what the engine makes in the all-wheel-drive GT 63 S four-door.

Most of the rest of the body appears to be standard GT R fare, which is a little surprising. We would have expected some of the GT R Pro's aerodynamic aids such as its splitters and vents to appear. But that could just be a quirk of this prototype. The one odd change to the exterior aside from the hood we noticed is the exhaust. Unlike the GT R and GT R Pro, this prototype has dual-exit exhaust on each side of the car instead of using the big center exit. This could be another sign of powertrain tweaks.

Since the GT R Pro just launched, we imagine Mercedes will want to give the special edition a bit of breathing room. So it will probably be at least a year, maybe two, before we see this super GT R revealed. 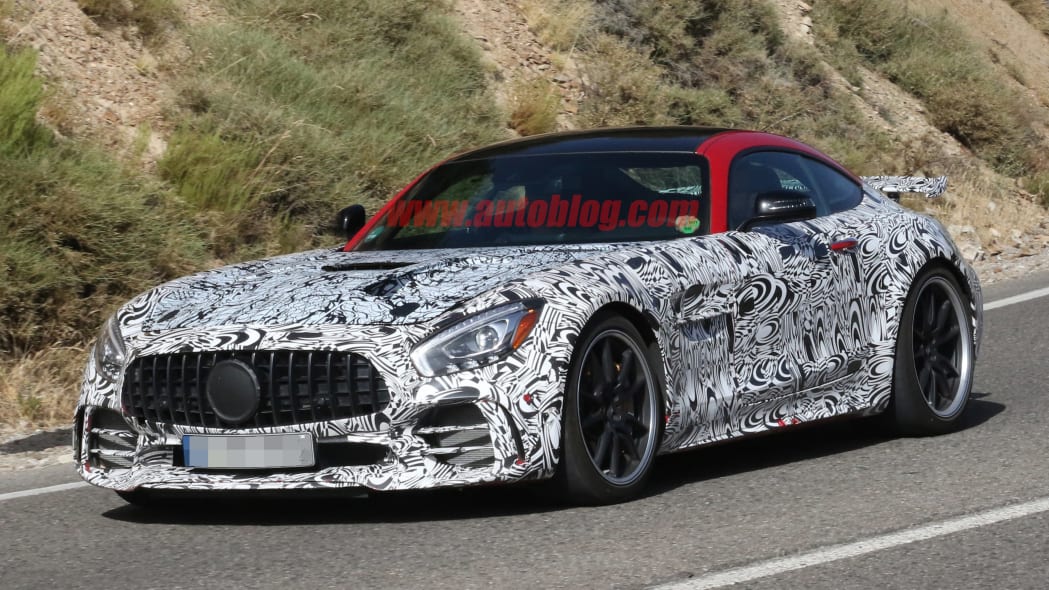 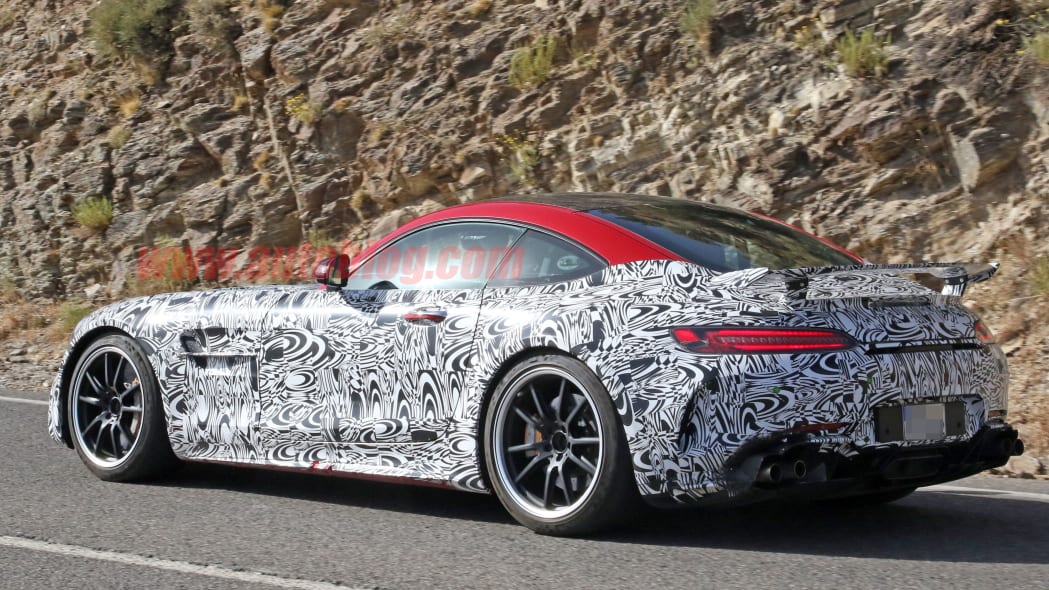