rolls-roycetuning
The Rolls Royce Meteor V-12 is a Second World War British tank engine that's probably best known for living its life in the shadow of its more powerful sibling. That, of course, is the Merlin aero engine found on Spitfires and Mustangs, among other items.

The Merlin also found its way into a fair few custom cars in its day. Perhaps the most famous was Rod Hadfield's 3,000 horsepower 1955 Chevy Bel Air. But the Meteor? That old tank engine had a fraction of the attention in the modern DIY restomod scene its more eye-catching sibling has.

A bit of a mouthful of a name, but boy, does it have the guts to justify it. There's a lot to take in upon your first looks at this bizarre yet wonderful four-wheeled creation. It appears to be the offspring of a love triangle consisting of an old Bentley, an old Bugatti, and an old Cromwell tank.

The sheer size of the thing, coupled with colossal exhaust pipes running nearly the length of the car, is enough to intimidate and fascinate simultaneously. But beneath an especially steampunk-adjacent exterior lies the beating heart that helped Britain turn the tides of war. In the Cromwell, Crusader, and Challenger British tanks, the Meteor proved to be just as effective on the ground as the Merlin did in the air. That's why its introduction into this 100-percent custom creation is that special.

Work began on this one-of-a-kind tank-car chimera in Cape Town, South Africa, in 2001. Because the owner and fabricator of this machine couldn't find a suitable Bentley or Rolls-Royce rolling chassis in his neck of the woods, they decided to fabricate their own and then test it to a very high standard they themselves felt comfortable with.

For the suspension, a Jaguar XJ12 was deemed appropriate. Though it no doubt took some time to find a dyno-shop that could accommodate such an enormous vehicle, the power numbers they'd managed to make were astonishing.

Power is fed to the same TM400 transmission found in the XJ12 Jag that the British carmaker sourced from General Motors, albeit modified with drag-race internals. This is another timeless Anglo-American tag team on par with the Avro Lancaster and the B-17 Flying Fortress. As cheesy as that may sound, the results speak for themselves.

The body that lays overtop all the innards consists of a tubular steel frame with hand-formed aluminum body panels that make for a car whose weight mostly comes from its drivetrain. The hand-tailored red leather with beautiful stitchwork and period-correct gauges makes for a package so British that it could only be built properly by one of its former commonwealths.

Any downsides this car may ostensibly have only stem from modern society's hesitancy to build an infrastructure capable of handling tank hardware. That is unless it's an American Interstate, in which case it was designed for tanks first and cars second.

It's hard to say for certain what the value of a creation like this might be. One could make the argument that its value is as high as the reputation that precedes the vehicle. Being built in the 21st century, there needs to be more time, Internet exposure, or both for this creation to build a celebrity like the Merlin-swapped 55 Chevy or even the Meteor Interceptor Crown Victoria. 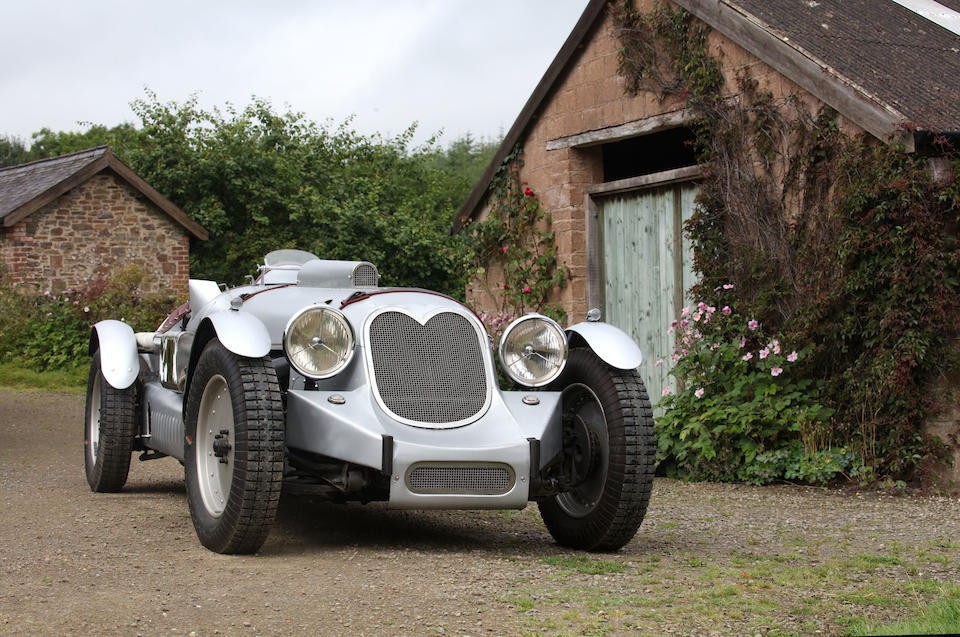 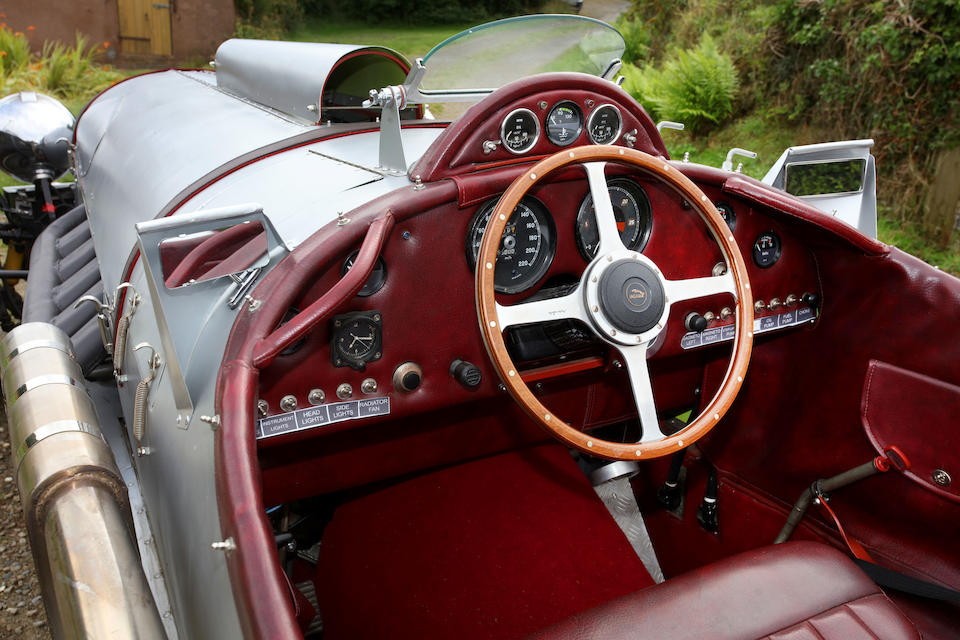 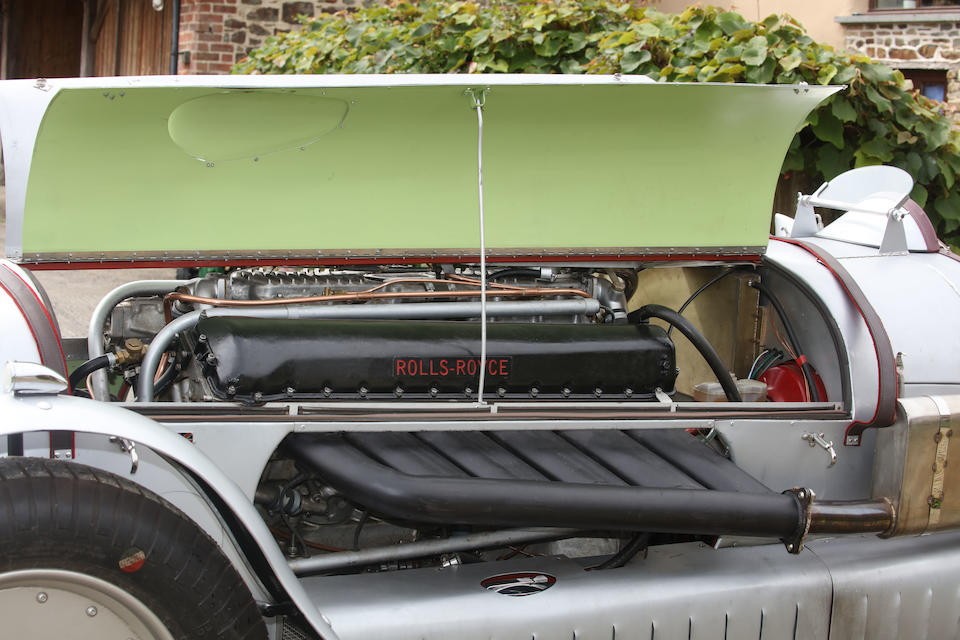 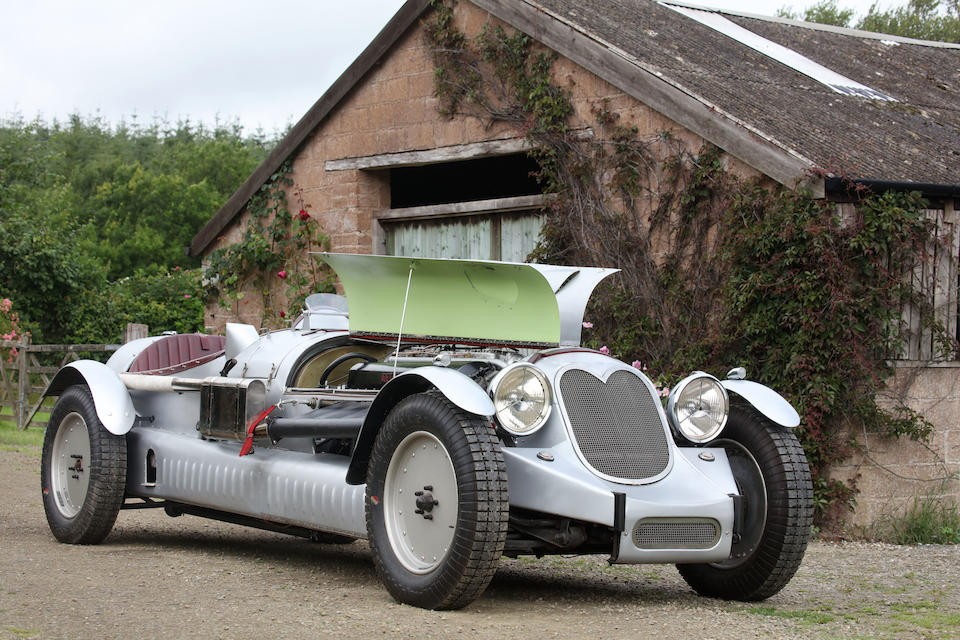