Mini has combined elements of its electric future “with the rich racing history of John Cooper Works” to create the Pacesetter: a radical one-off reworking of the Mini Electric, which will be used as a pace car in the 2021 Formula E championship.

Giving clues as to the model’s potential to influence future production cars, Mini boss Bernd Körber said the car shows that “the message is clear: electrification and John Cooper Works are a good fit”.

The car made a public appearance at this year's Goodwood Festival of Speed, giving us our closest look yet at what could yet become the basis of a road-going model.

The influence of Mini’s JCW GP performance flagship is clear: prominent air scoops at the side, a sizeable rear wing and an aerodynamic-enhancing front splitter point to its performance focus, while the road car’s 18in sports alloy wheels have been carried over and finished in a unique two-tone livery.

The drivetrain is carried over wholesale from the Mini Electric, so the Pacesetter makes 181bhp and 206lb ft, but “rigorous” lightweighting measures have resulted in a tangible performance boost, cutting the 0-62mph sprint time by 0.6sec to 6.7sec.

Weight has been shed chiefly by removing the rear seats, as well as ditching the infotainment system and internal door handles, and carbonfibre has been used for the steering wheel and centre console.

A full roll-cage and six-point harnesses feature. In total, the Pacesetter is 130kg lighter than the road car and packs a raft of chassis upgrades aimed at boosting dynamic performance.

Race-spec suspension with three-way-adjustable coilovers has been fitted to provide a “maximum go-kart feeling”.

The Pacesetter will make its track debut on 10 April when the Formula E season gets underway in Rome. It will be driven by Formula E safety car driver Bruno Correia, who said of the car: “Very fun to drive, it feels like karting.” 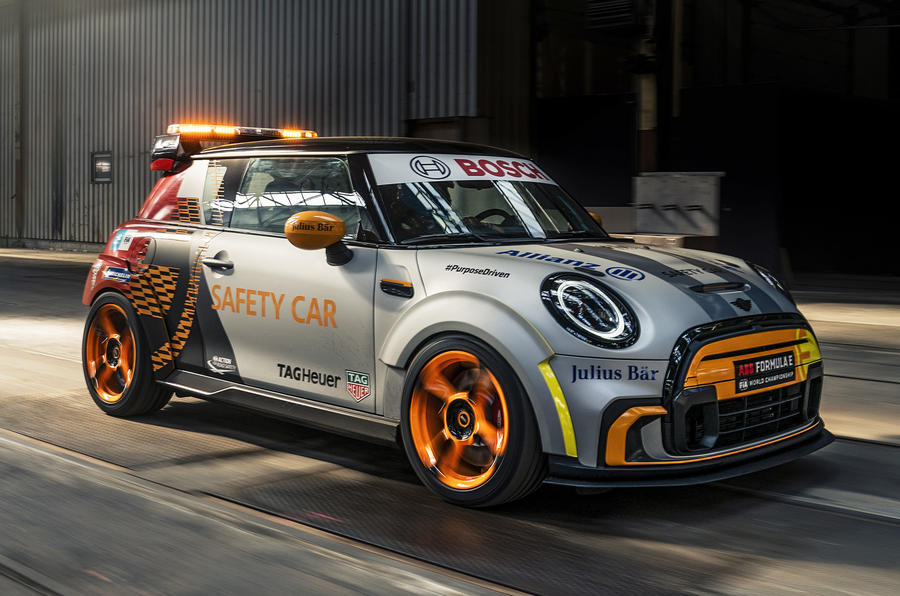 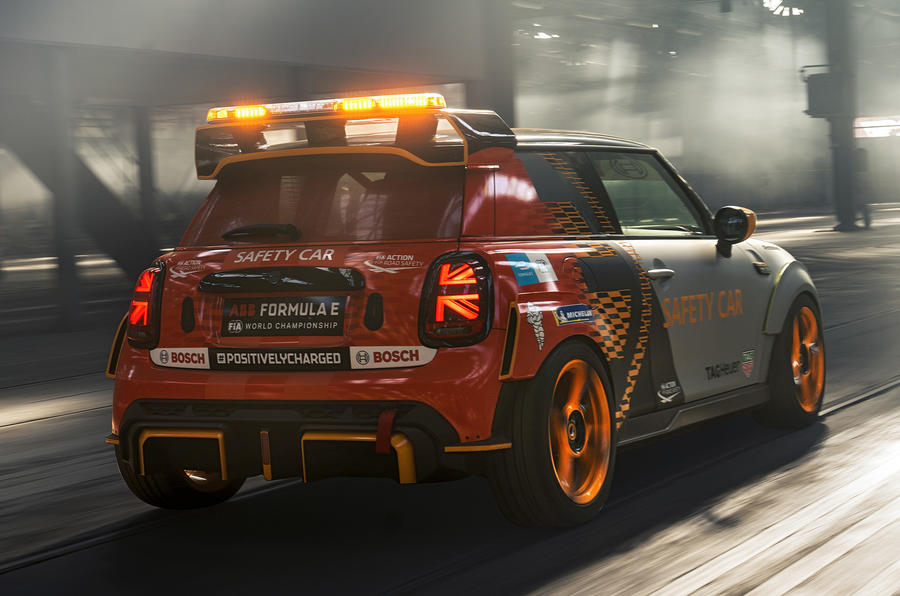 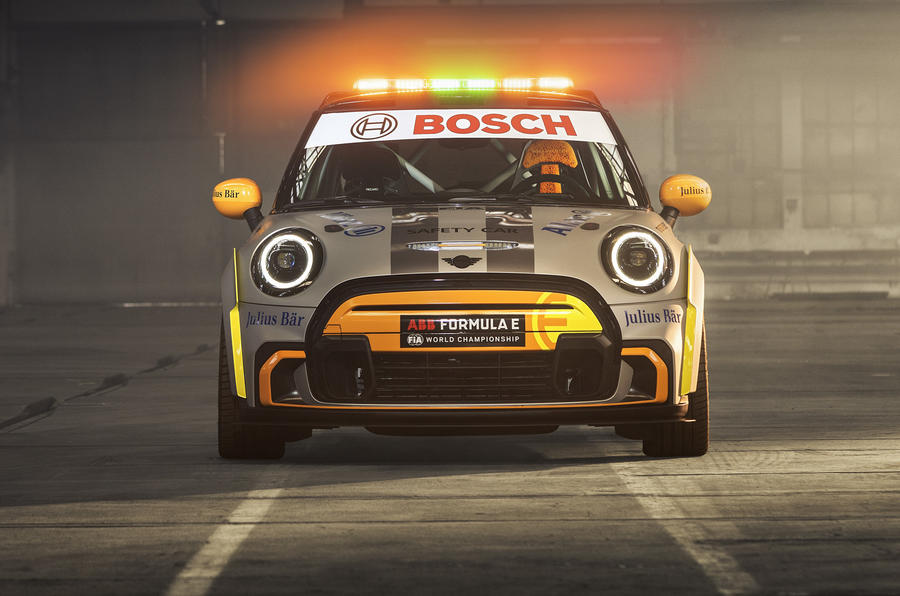