Too bad there's almost no chance of a production model

For this year's Tokyo Motor Show, Mitsubishi went all out with the Mi-Tech concept. It's a tough-looking open off-roader with a wild hybrid powertrain. It's glorious, which makes it all the more sad it will likely never see the light of day.

From the outside, the Mi-Tech impresses with blocky lines and fat fender flares. But its star feature is the fact that it has no roof and no doors. The only thing that comes close is the pair of cowls behind the seats. The inside has a spare design with a body-color dash and cutouts for vents. It does have modern cues such as the piano-key buttons and fullscreen heads-up display.

Under the skin, it's powered by four motors, each controlling an individual wheel. This allows it to adjust power precisely in off-road settings. It's a plug-in hybrid, and when the battery runs down, electricity is produced by a turbine engine, similar to the Jaguar C-X75 concept. Mitsubishi opted for the turbine for its high power, small size, smooth operation and the fact it can run on just about any combustible liquid.

As much as we love the Mi-Tech, it's obvious it's not going into production anytime soon. Mitsubishi has no car-ready turbine engines, and it would be expensive to make an SUV with no doors, or even removable doors, pass safety standards. And the people that would buy a vehicle like this will probably be satisfied with a Jeep Wrangler or the upcoming Ford Bronco. Oh well, it's at least a pleasant dream, and a sign that Mitsubishi still has some spark. 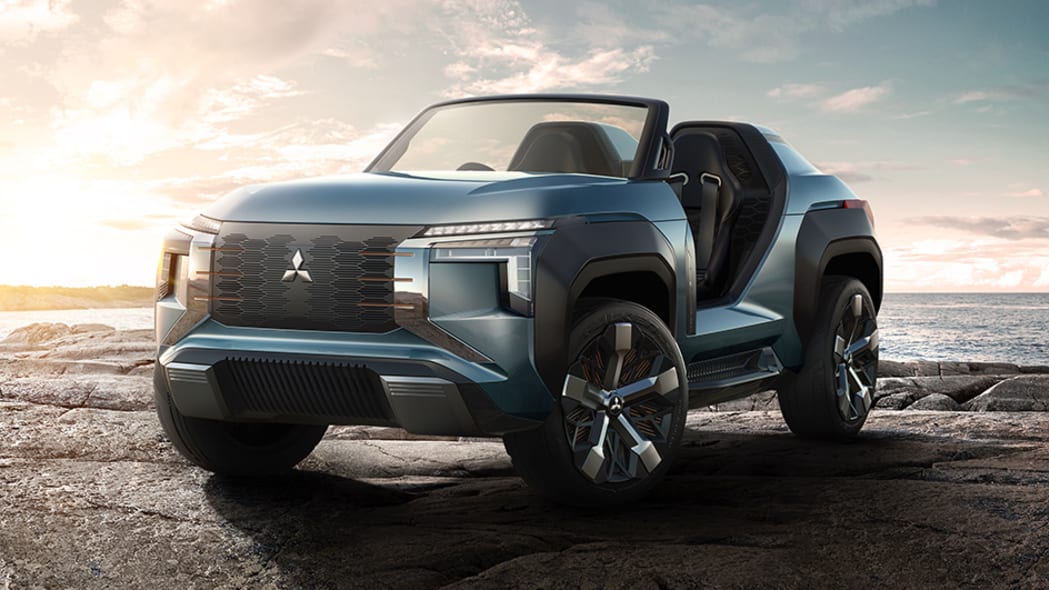 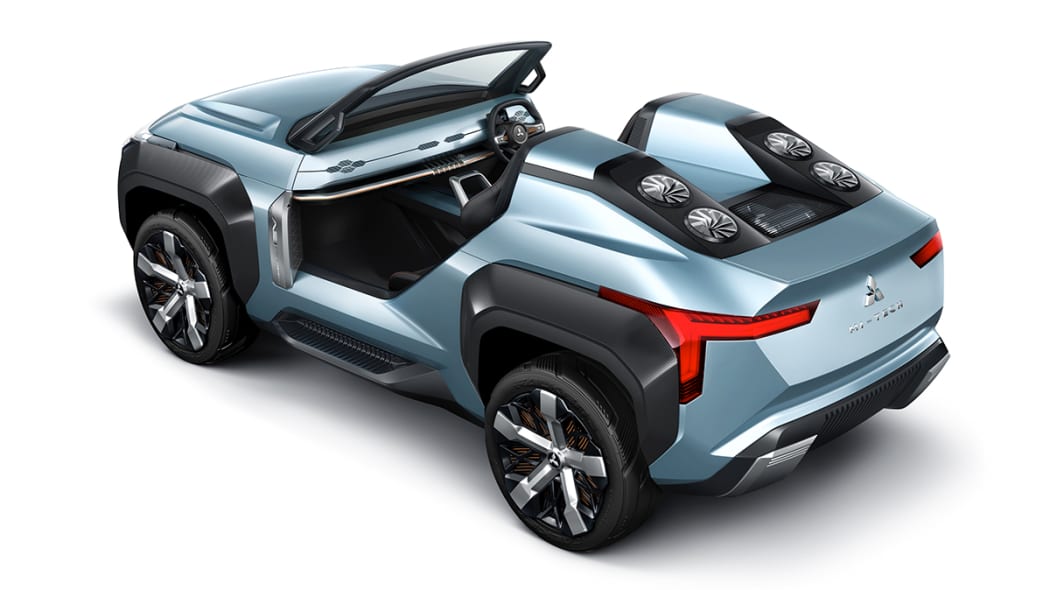