Nicki Minaj is all about being feminine and all about pink. Her nickname is “Barbie,” and she calls her fandom “Barbz.” And everything about that confirms the rule.

Now, the rapper has just shared a lot of behind-the-scenes footage from her upcoming music video. Nicki has just released a song called “We Go Up” with Fivio Foreign, and a music video is in the works. And she’s giving it all with everything pink.

With figures like these, the Lamborghini Aventador SVJ Roadster can hit 62 mph (100 kph) from a standstill in only 2.9 seconds before maxing out at 217 mph (349 kph).

The upcoming music video also includes a Rolls-Royce Cullinan, a holographic Lamborghini Urus, and a black Ferrari 488 Spider, which are attached below.

It’s unclear whether Nicki actually owns the supercar, but it wouldn’t be far-fetched to believe that. In November 2020, the Instagram account bobcarking_ shared that she added a Lamborghini Aventador SVJ Roadster to her collection, which was also pink. This one has been customized, but it wouldn’t surprise us if this actually belonged in Nicki Minaj’s garage.

Nicki previously bought a Lamborghini Aventador in 2014, which she turned pink. She also has a Rolls-Royce Cullinan, a Lamborghini Gallardo, a Mercedes-Benz SLS AMG, and a Bentley Continental GT, all pink. So the SVJ Roadster would fit right in. 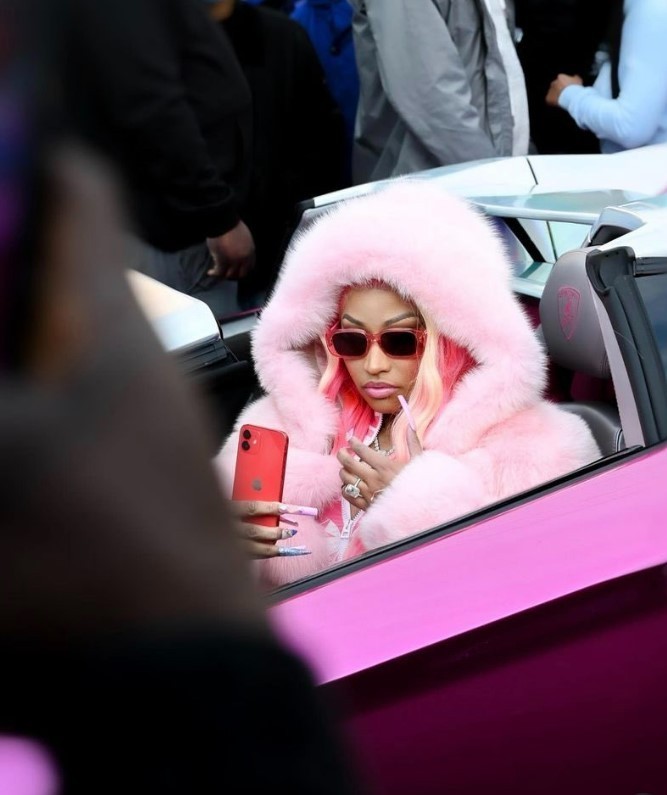 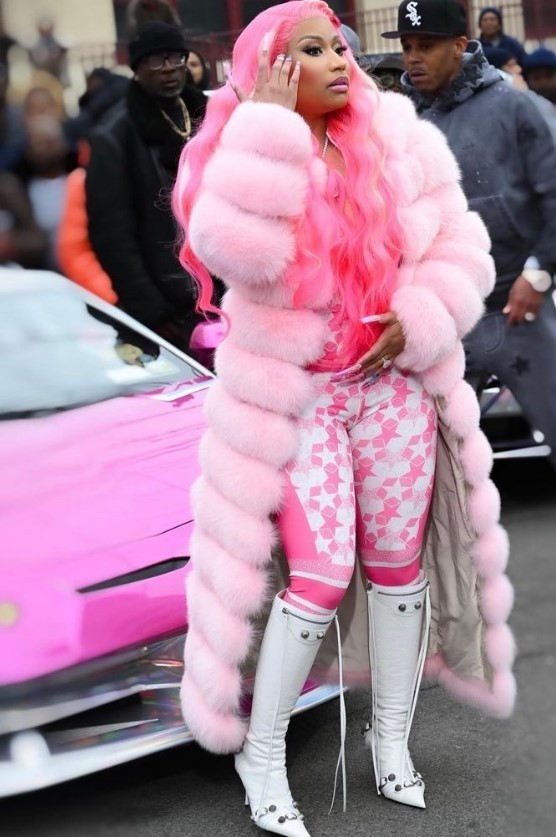