Nissan Kicks 327 Edition Is Unique Collaboration We All Saw Coming

Automotive companies collaborating with other non-car brands to promote the vehicle isn't news. Some of the typical unions we've seen are luxury cars and watches, as well as automobile-inspired sneakers.

But Nissan begs to differ with its latest campaign for its Kicks crossover in Japan. With a name that's literally used as a slang term for sneakers, the Japanese auto brand turned it the other way around and created a Nissan Kicks that's inspired by a pair of shoes – specifically, a pair of New Balance 327. Meet, the Nissan Kicks 327 Edition, and it looks oh so adorable.

To do this, Nissan wraps a Nissan Kicks e-Power 4WD with a design that matches the New Balance 327. The New Balance logo is prominent on the right side of the crossover, while the left side shows a huge Nissan Kicks 327 Edition branding.

Meanwhile, the rest of the wrapping recreates the texture of the suede fabric and New Balance sneakers' iconic white sole, representing the shoes down to the last detail. Even the roof of the Nissan Kicks comes with a manufactured "tongue and collar," with the white laces continuing to the hood of the crossover.

The Nissan Kicks 327 Edition isn't just a harmless gag, mind you. The car will be exhibited at the Nissan Crossing, a complete re-do of the Nissan Gallery, a Ginza landmark for over 50 years. It comes with a marketing campaign for the one-off called "Catch the Kicks" where people who spotted and posted the crossover on Twitter will get the chance to win themselves a Nissan Kicks e-Power 4WD. It wasn't specified, however, if the prize will have this 327 Edition livery.

Those who won't get the chance to catch the special Kicks can just retweet Nissan Motors' corresponding Twitter post and also get a chance to win a pair of New Balance 327s.

Meanwhile, a Nissan Kicks 327 Edition sticker is available at the New Balance Ginza official store from January 24 onward on a first come, first served basis. Those who will bring the said sticker to the Crossing Cafe on the second floor of Nissan Crossing will receive a cup of the cafe's special macchiato. 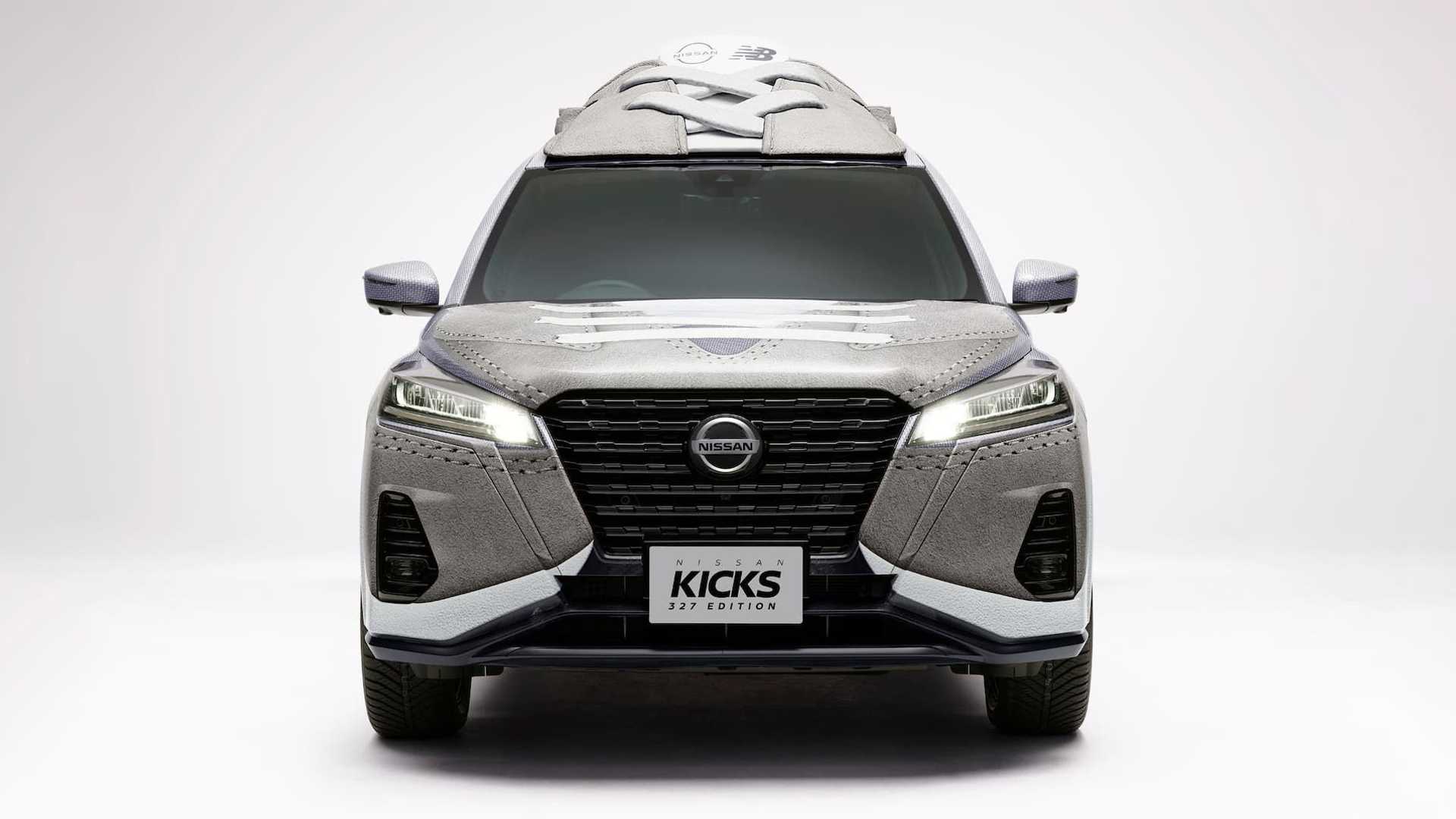 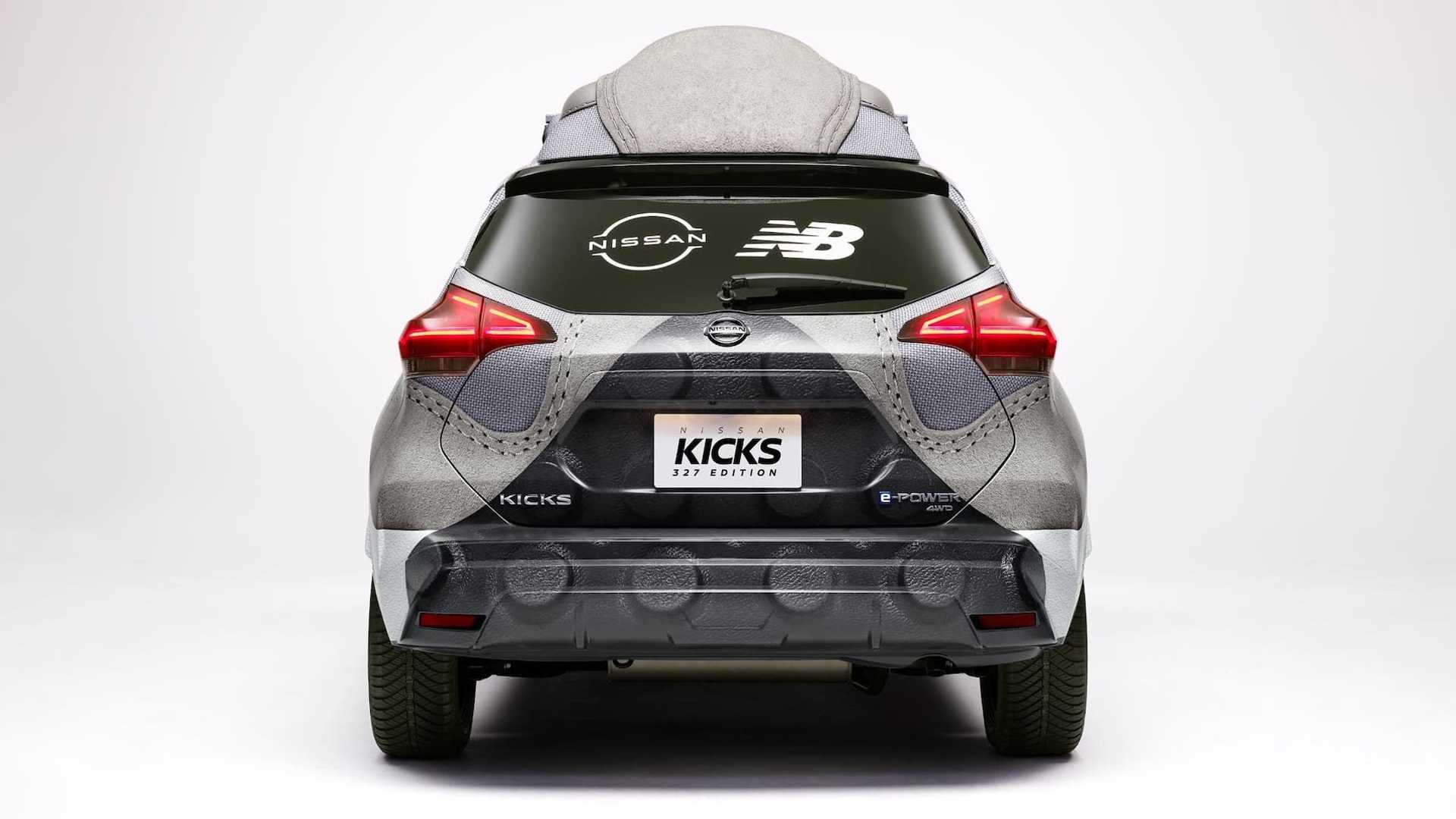 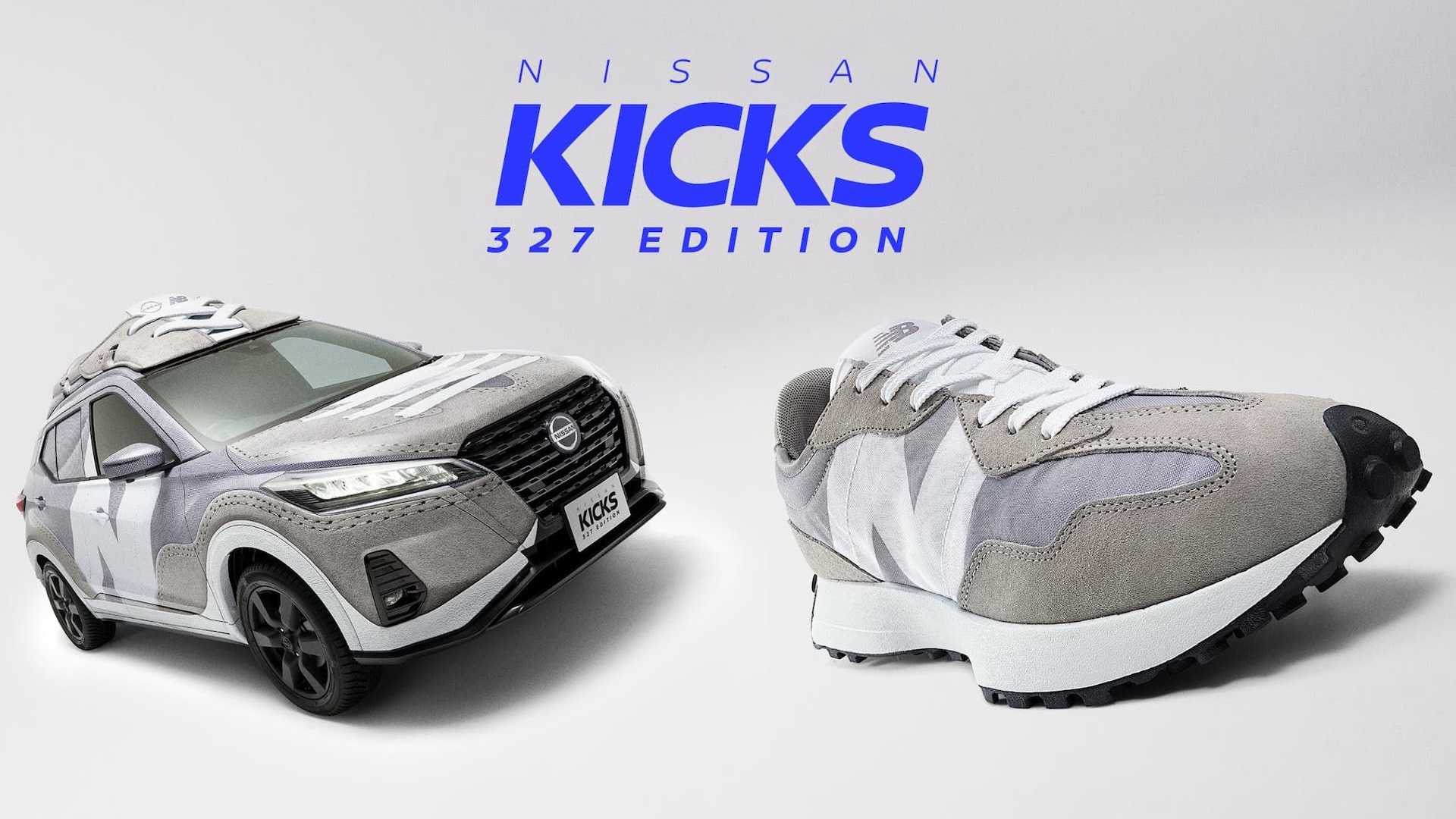