There's also a water-resistant wrist band that unlocks and locks the vehicle.

With a starting price of just $17,990, a roomy cabin, and attractive looks, the Nissan Kicks is arguably one of the best offerings in the entry-level crossover segment. It's targeting primarily young people, and the new Kicks Surf concept is here to prove you don't need an expensive, super high-tech vehicle to have fun and practice your hobby.

As the name itself reveals, the study is designed for "those in search of the perfect wave," or people with an active lifestyle enjoying surfing. Nissan says it has installed roof crossbars for carrying boards and a rear deck for wetsuits and different accessories. What's even more interesting, the car has a portable shower system and a water-resistant wrist band that actually locks and unlocks the vehicle's doors.

The funky concept has been developed with input from brothers Alejo and Santiago Muniz, who are both surfing champions competing for Brazil and Argentina respectively. The Kicks Surf has been designed at Nissan's Latin American satellite design studio and is inspired by South America's famous beaches.

"We imagined it would have to be the perfect ally for the lifestyle and needs of surfers," John Sahs, who led Nissan's design team that created the Kicks Surf concept, comments. "Blue is an evolving color that goes from dark to light, and we used it to represent the variety of tones in ocean water. The bright yellow-green accents, together with the blue, gives the Nissan Kicks Surf concept vehicle a dynamic and sporty feel."

At this point, Nissan is not commenting on the prospects of putting the Kicks Surf into production. While this probably won't happen, we won't be surprised if we see some of its features as factory accessory options for the regular Kicks. 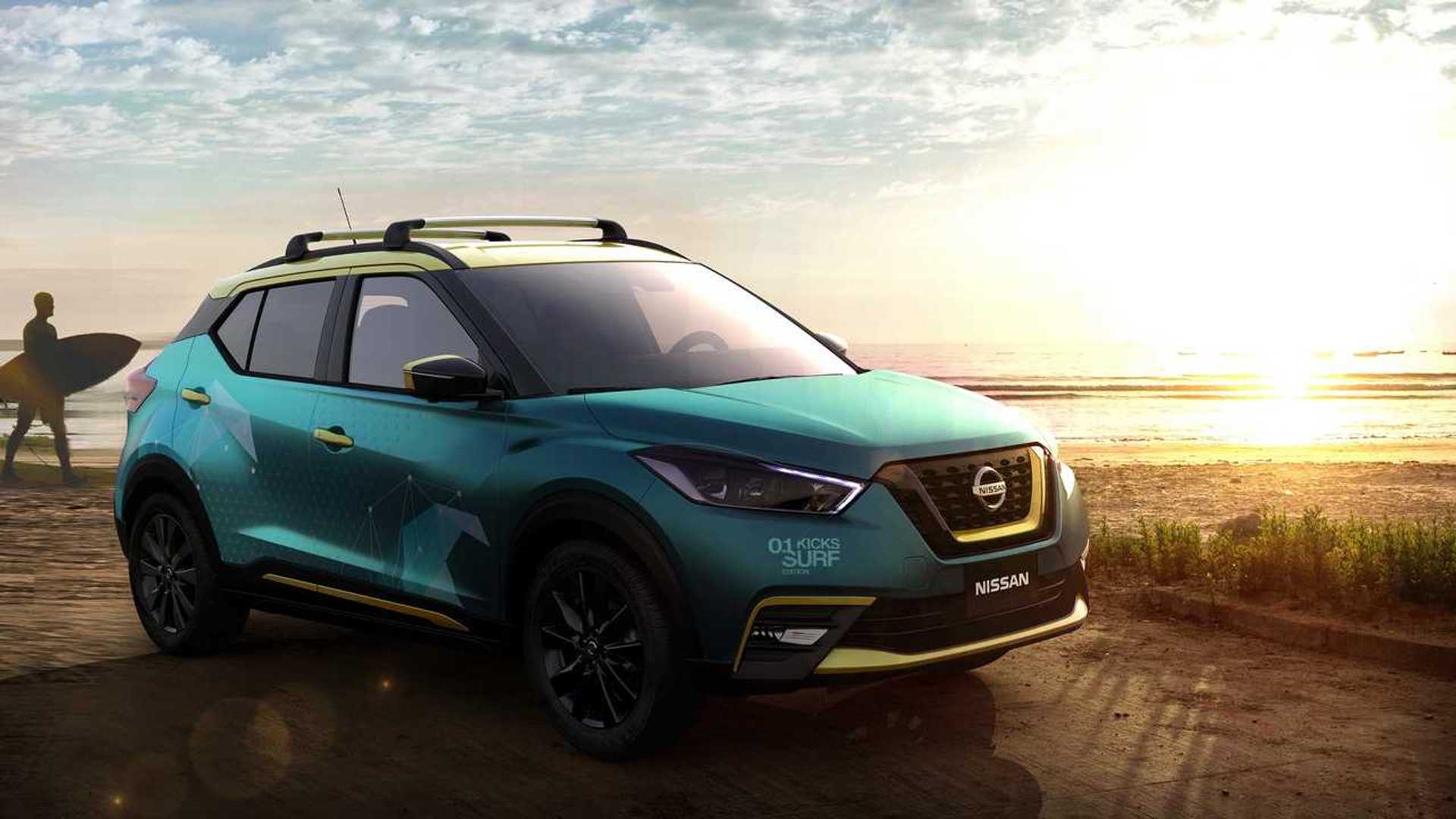