Physicist And His Son Are 3D-Printing A Lamborghini Aventador

3D printinglamborghiniLamborghini Aventadorsupercars
It's going to be powered by a V8 engine taken from a Corvette.

Even though it came out more than eight years ago, the Lamborghini Aventador is still a head-turner thanks to its wild styling. Physicist Sterling Backus likes it so much that he decided to 3D-print the mid-engined beast in his off time with the help of his son. They've been working on it for nearly one and a half years for about one hour a day, and so far $20,000 have been invested into bringing the "AXAS Interceptor" to life.

The whole idea about 3D-printing an Aventador in the garage stems from video games as Sterling and his son were playing Forza Horizon 3 when his kid asked him about whether they could build the car. With the exception of the chassis, transaxle, engine, and some of the other structural parts, the whole body was created using a 3D printer and 220 spools of thermoplastics. Even the headlights, taillights, air vents, and the other interior parts have been 3D printed, with most being encapsulated in carbon fiber or carbon fiber Kevlar.

Speaking of the engine, the car won't have a naturally aspirated 6.5-liter V12 like an actual Aventador since those are expensive to buy and hard to find. Instead, a 5.7-liter LS1 sourced from a 2003 Chevy Corvette and fitted with a pair of turbochargers will power the home-built Interceptor. The transaxle is sourced from a Porsche 911 of the 996 generation.

As for the chassis, it was created from scratch by Sterling with a cantilever coil-over suspension system, while some of the bits and pieces were sourced from an actual Lamborghini. OEM parts include the door windows, side mirror glass, wiper arms, rearview mirror, along with a steering wheel and some switches taken from an Audi.

In an interview with Australian magazine Which Car, Backus said: "We have a long way to go in finishing the car. We have had our ups, and downs, but the journey has been a ton of fun!" 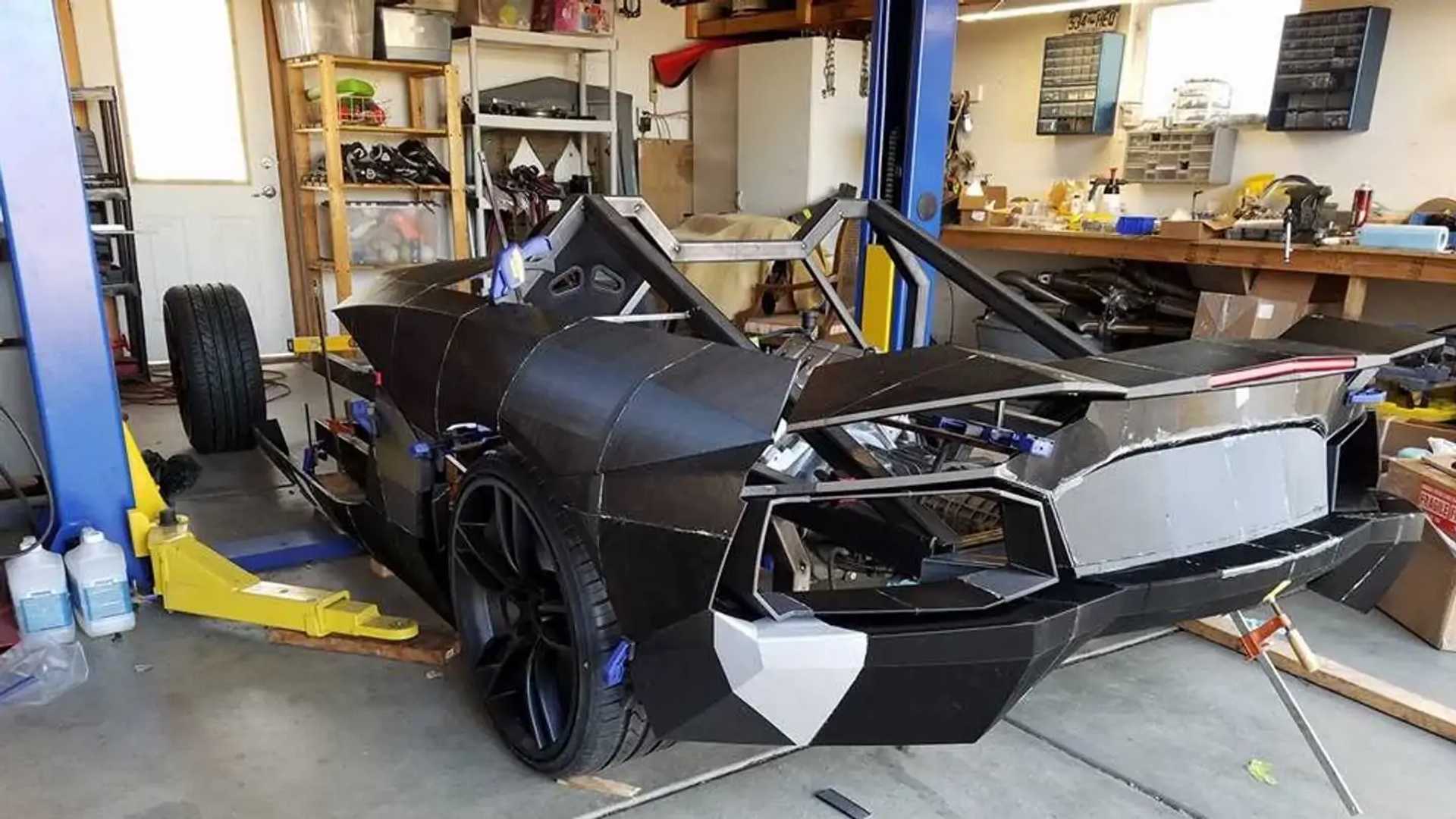 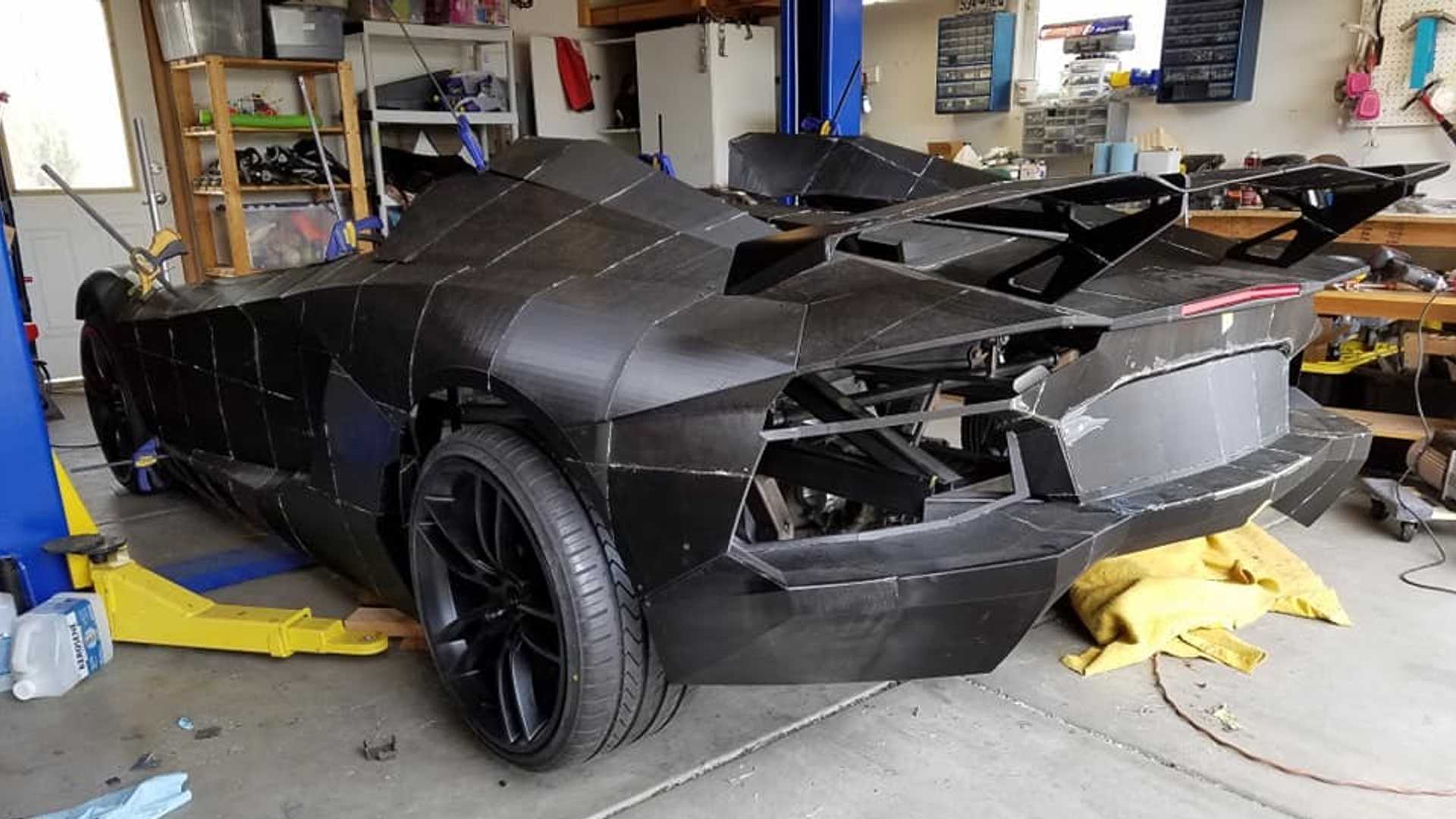 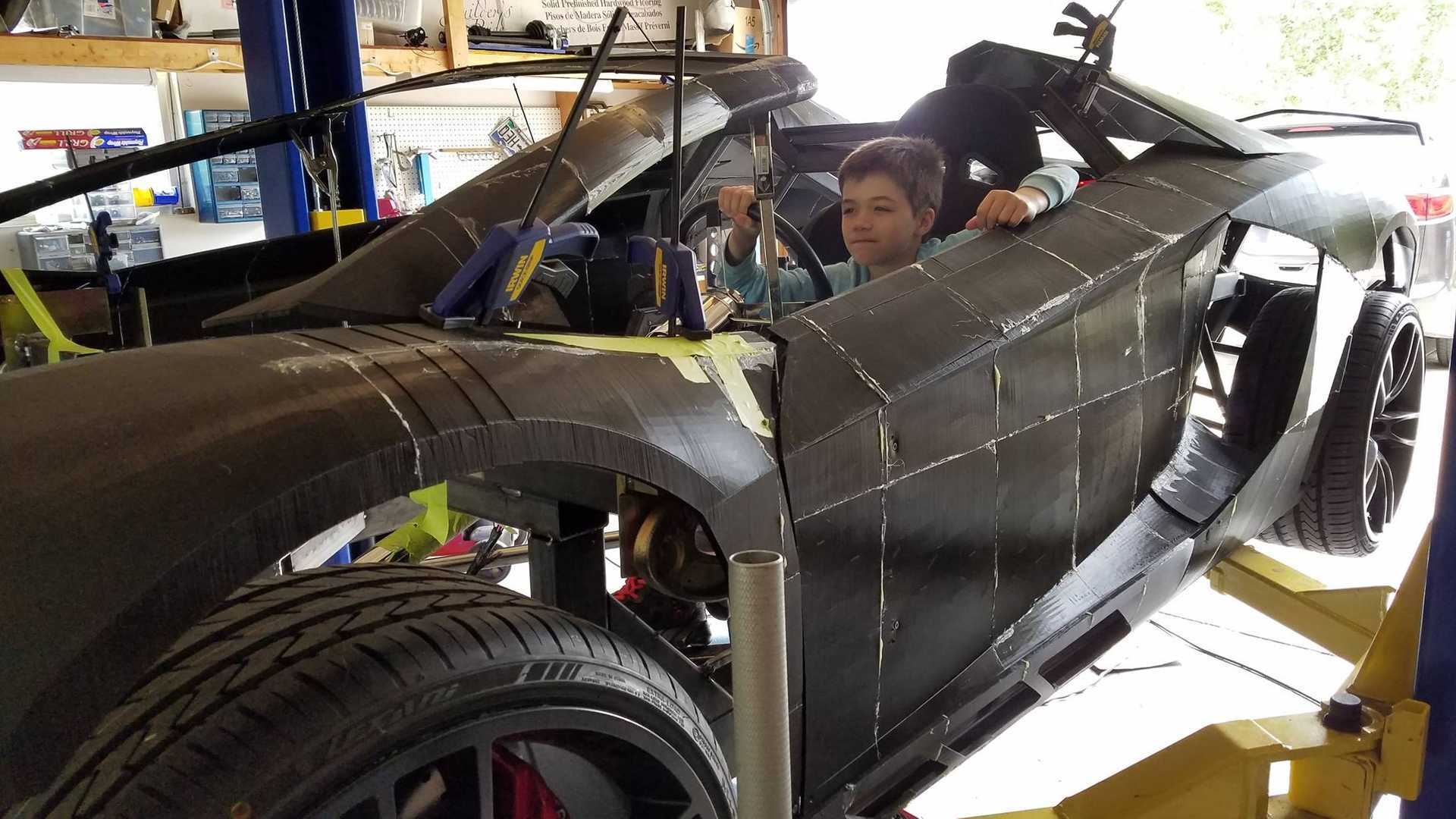