lamborghiniLamborghini Aventadorsupecars
When a customer walks into an Ad Personam showroom, which belongs to Lamborghini's customization arm, it goes without saying that the sky is the limit.

However, there might be one or two things that simply can't be allowed on a spec. So, for instance, is a pink Raging Bull possible in factory trim? Well, when it comes to the Aventador SVJ we have here, this question is not relevant.

Sure, this Superveloce Jota might appear to be dressed in the said Barbie shade, but that's not actually the case.

Instead, this V12 toy comes finished in Rosso Porphyrios. We're talking about the kind of photos don't do it justice shade. And, as described by those who have met the thing in person, this hue looks more like a melange involving purple, red and dark pink.

It's not like the Aventador SVJ, with its aero-sculpted body, is the kind of car that relies on its color to stand out. And yet this Rosso Porphyrios attire guarantees that no head will remain unturned.

Of course, part of the credit for the said effect of the Italian exotic also goes to its wheels, which come in a golden finish.

Keep in mind that the middle section of the Aventador SVJ is occupied by a 770 hp V12. And it looks like the owner of this toy wanted to make the most out of the unit's naturally aspirated voice. As such, the beast was fitted with a custom exhaust (the hardware came from Brooks Race Exhausts).

And, if you swipe your way to the end of the Instagram post below, the newfound voice of the Italian V12 will be showcased.

And when you think that corners are the favorite menu of this Sant'Agata Bolognese machine - after all, the Nurburgring production car lap record still sits with the Aventador SVJ. 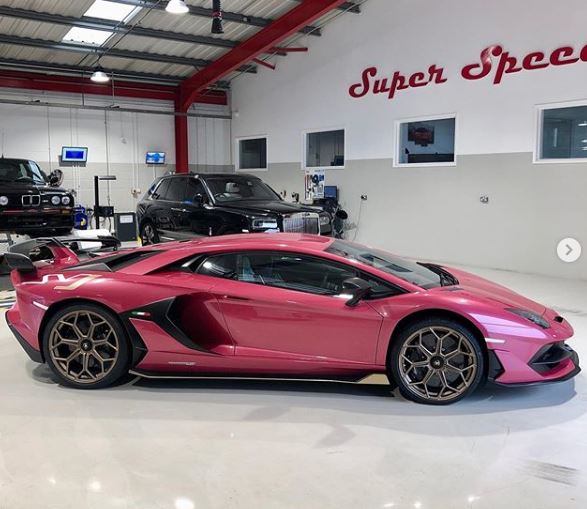 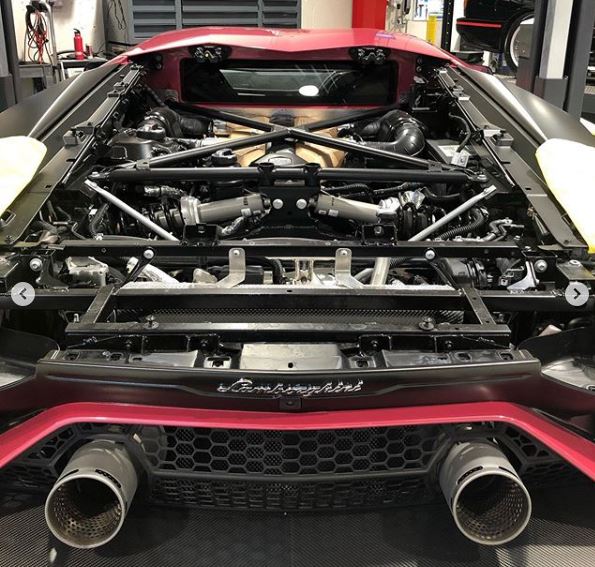 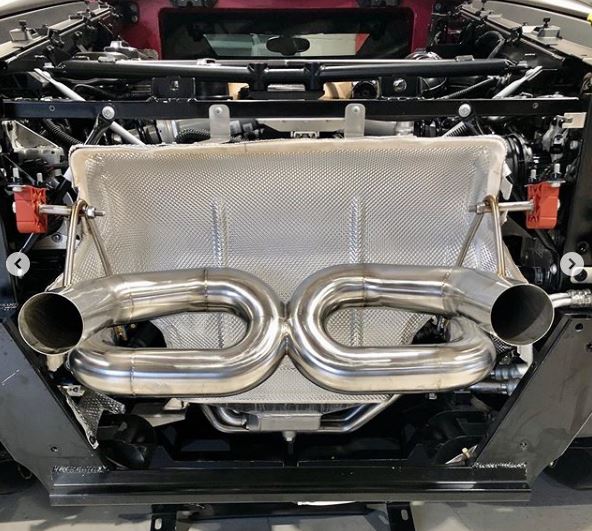